Galway is one of the most beautiful, cultural places in Ireland, maybe even in the world. With its beautiful beaches and cobblestone streets many beautiful photographs have been captured, both in the city and the countryside. With Instagram becoming the single most popular form of social media, almost everyone strives to achieve that “perfect” Instagram shot. From pictures of someone’s lunch to candid photos gazing at the breath-taking scenery, it seems people are going above and beyond to get an excellent picture for Instagram.

If there’s one place you are guaranteed to find that Instagrammable shot almost everywhere you turn, it’s Galway. Below we have narrowed down the top 5 spots you are sure to get the perfect Instagram shot, and who knows… you may not even have to add a filter! 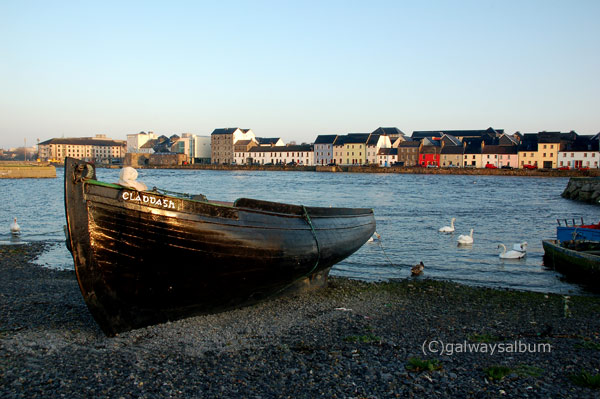 The Claddagh is a well-known area of Galway which is located on the West side of the city. The Claddagh has a very significant history to the local people of Galway. It was an old fishing village full of small cottages and the community spoke Irish and had a hierarchy of Kings and Queens.

The Claddagh also holds the legend of the Claddagh Ring which was crafted by Richard Joyce who allegedly was captured by pirates and thought the craft of jewellery making. The Claddagh now consists of new houses, a school, and a church. Considering the Claddagh still has some of the old characteristics of an old Irish fishing town it is the perfect spot for a scenic, cultural Instagram photo. 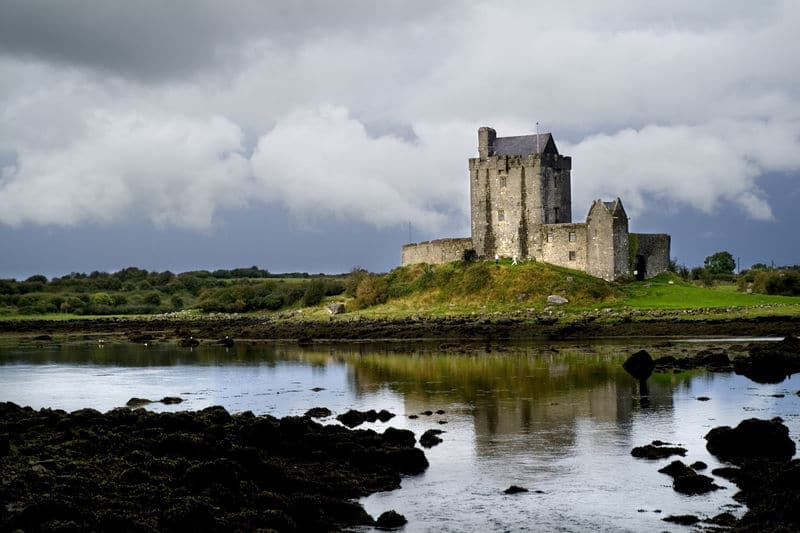 You can find Dunguaire Castle near Kinvara, on the Southeast shore of Galway Bay. The defensive wall and 75-foot tower still stand almost perfectly intact despite being built in 1520. Currently, the Shannon Development owns the castle and the grounds in which it is built, and the castle is a well-known tourist attraction.

From April to October every year, medieval banquets are held in the castle so tourists can experience the history of the castle while hearing songs and stories from this era. With the castles original structure almost entirely intact and the beautiful background in which it is set, Dunguaire Castle is one of the most photographed castles in Ireland, which makes it the perfect place to capture that Instagram photo.

Killary Fjord is located in Killary Harbour which runs down the centre of Galway and Mayo in northern Connemara. Killary Harbour is one of only 3 glacial fjords in Ireland with the other 2 being located in Lough Carlingford and Lough Swilly. It is truly a natural beauty and stretches along a distance of around 16 kilometres.

The picturesque fjord is surrounded by some mountain ranges including the Mweelrea and Ben Gorm mountain ranges on the Mayo side and the Leenane Hill, Binn Mhor and Devilsmother ranges on the Galway side of the fjord. The fjord is home to a huge array of wildlife including birds and the occasional marine mammal so this paired with the view on a clear day is the perfect location to get that scenic shot for Instagram.

The Kelsey Montague Wings is an art mural located outside O’Connell’s Bar on Eyre Square right in the heart of Galway City. Kelsey Montague is an artist from Colorado who studied at the Richmond University in London and spent time living in Florence and New York while developing her artistic style. Kelsey’s street art and murals are unique in that they are interactive and invite the viewer to become a part of the artwork.

The purpose of Kelsey’s art is to discover how interactive art and social media intersect. Kelsey Montague started the ‘What Lifts You campaign’ for people to share what inspires or motivates them in life. The murals consist of pairs of giant, intricate wings in which the viewer stands in the middle and shares the image on social media, sharing what inspires them.

Kelsey has ‘What Lifts You’ murals all over America and Europe, one of which is located just outside O’Connell’s Bar. Aside from the positive message this campaign sends, the artwork is beautiful and undeniably a perfect Instagram opportunity.

The Blackrock Diving Board is located on the Salthill Promenade, in West Galway. The diving tower is considered iconic in Galway and on the ‘must-see’ list for most tourists who visit the city. The history of the Blackrock Diving board is quite a turbulent one, with the original board protested by many locals and being replaced twice since the original was erected.

The original diving platform was first put up in 1885, and the owner of the area Col O’Hara objected so much that the board was taken down only to be put back up shortly after. The new structure was so unsafe it was replaced again after someone was almost killed in 1942. The diving board is extremely popular in summer with locals and tourists queuing the whole way up the stairs just to jump off one of the two levels of the platform. You will also find friends of these divers attempting to get the perfect mid-air shot, a shot which will most likely appear on Instagram shortly after. Even in the winter months, a beautiful shot of the platform can be captured, whether covered in snow or with a picturesque sunset in the background, the diving board is the perfect location for an Instagram shot.