Sligo is genuinely a town blessed and brimming with culture, landmarks and heritage descended from as early as the Neolithic age, to the origins of the Bell-Beaker people, to the dark times of antiquity.

As such, the town has left behind more than its fair share of historical locations for a would-be scholar, adventurer or tourist.

Today we present our top 5 picks for the cream of Sligo’s historical crop.

A small, enclosed structure dating back to the best part of a century, the Tobernalt – an Anglicisation meaning quite literally “Well in The Cliff” – Holy Well has long acted as both a refuge from religious persecution, a haven for historians and a congregation for prayer.

Hosting shrines, Stations of the Cross and Rosary Stones that run parallel to a flowing river, the Tobernalt Holy Well is nestled into the cliffside like an intricate carving.

4. Carrowmore – for a megalithic cemetery 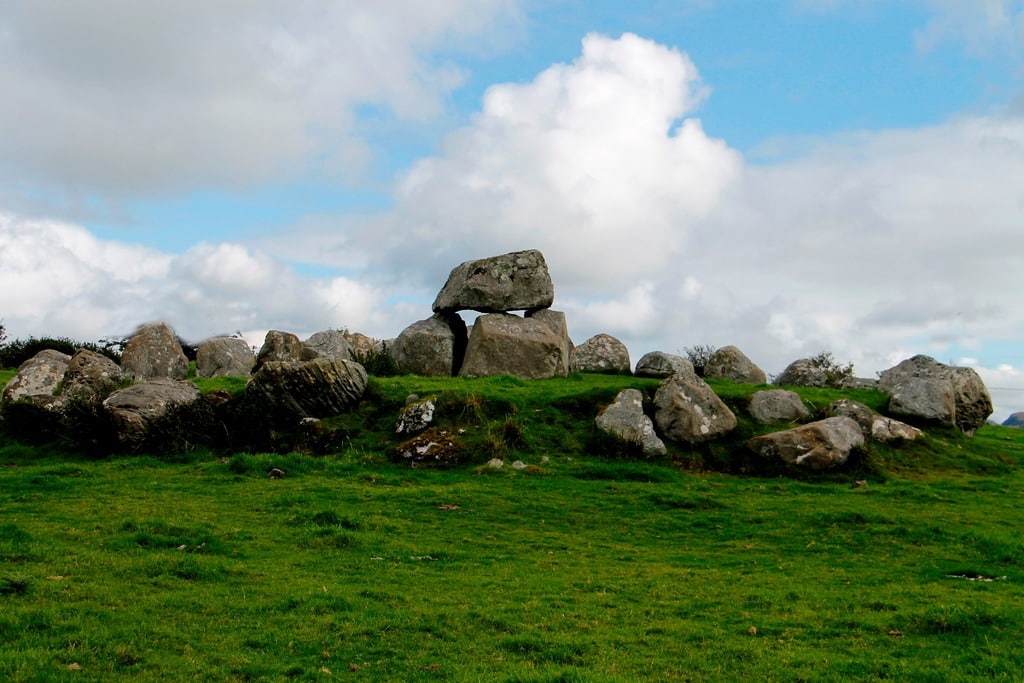 Located in the Cuil Irra sand spit, Carrowmore is a megalithic cemetery dating back almost six thousand years. The core main-event of Carrowmore is the Listoghil, the fifty-first tomb in the Carrowmore, enclosed in a rectangular chamber constructed with smaller rocks.

The mountain of Knocknarae encroaches on high from the west, and the Listoghil itself surrounded by a perimeter of smaller satellite tombs.

The historical site – with its featured booming visitor centre established since 1990 – have remained a prominent figure in the portrait of Sligo tourism and of local interest.

3. Lissadell House And Gardens – for history and heritage

Saved from disrepair and turned by the owners Constance Cassidy and Edward Walsh into a touch-stone of local tourism and history, Lissadell House was the famed home of Eva Gore-Booth, Josslyn Gore-Booth, and Constance Markievicz, the famed suffragist, horticulturalist, and politician respectively.

The site itself is overflowing with intrigue, from the Alpine Garden to many physical exhibitions – whether on Constance Markievicz herself, both Jack and W.B. Yeats as well as the 1916 Easter Rising – making it unmissable for those keen to see the story and significance of Sligo’s role in Irish history.

2. Sligo Abbey – for an impressive abbey

A Dominican Friary founded by Maurice Fitzgerald seven-hundred years ago, the Abbey centred in the heart of Sligo Town.

It is preserved with beautiful carvings and sculptures of both Gothic and Renaissance traditions while featuring one of the few high altars from the fifteenth century to survive in any Irish monastic friary.

The Sligo Abbey is both spiritually enlightening and historically intriguing.

1. Diarmuid And Grainne’s Cave – for a tremendous cave

Finally, nestled above the cliffs of Annacunna, facing away from the famed Gleniff Horseshoe, is among one of the highest caves in all the Island. Though a difficult climb, the view from once one reaches the cavern is astounding.

The titular figures of Celtic folklore were said to have hidden away from the wrath of Fionn in many caverns and mountains, hence the name.

As significant culturally as it is geographically, Diarmuid And Grainne’s Cave is as taxing physically as the view is visually stunning. That being said, it is one of the most memorable things to do in Sligo, without a doubt.