Often the north is completely left out of on many Irish Road Trips. We find this shocking and disappointing as there is so much to see in this part of the Emerald Isle! As a result, we have dedicated an entire article to the six Northern Irish counties. The Road Trip starts and ends in Belfast.

Day 1: Experience what Belfast has to offer

Take in Belfast’s Number One attraction: The Titanic Belfast. A one hour tour here takes you back in time to the era when the ill-fated White Star Liner was built, with nine interactive galleries on the historic shipyard and the ship’s voyage.

See The Belfast Viewpoint at Divis and Black Mountain Walk

It’s an unbelievable experience to go up to the top of these mountains and look over all of Belfast and beyond. The mountains rest in the heart of the Belfast Hills, which provide the backdrop to the city’s skyline. The rich, varied archaeological landscape is home to a host of wildlife. There are walking trails along a variety of terrain: through heath, on stone tracks, along boardwalks and road surface. 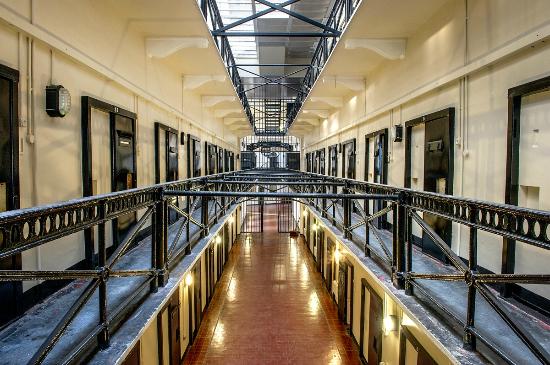 The former prison which was taken out of service in 1996 is now a museum and conference centre close to the city centre which allows you to see the prison wings, execution cells, tunnels to the courthouse, and learn about the history of this building and its impact on life in the region. It’s brilliantly done and very educational making it one of the best things to do in Belfast. If you want a bit of light relief after your tour, there’s a café and the building hosts many events from music performances to tours of the paranormal.

An hour and a half’s drive from Belfast takes you to the impressive Carrickfergus Castle on the northern shore of Belfast Lough. The castle has stood for over 800 years, surviving attacks from Scotland, England and France.

Take in the view at The Gobbins

Excite all the senses on this exhilarating cliff-face path, which was first enjoyed in the early 1900s. Located on the scenic Islandmagee peninsula, the attraction has been reborn and reimagined for the 21st century giving unparalleled access to the rugged Antrim Coast. The dramatic and challenging path includes spectacular tubular and suspension bridges, caves, steps and tunnels. There is also a fascinating Visitor Centre and cliff-top path.

See the Caves of Cushendun

Don’t miss a stop off at the pretty coastal village of Cushendun, nestled at the foot of Glendun, one of the nine Glens of Antrim. A designated Conservation Area, it was designed in the style of a Cornish village by eminent architect Clough Williams-Ellis. Look out for the goat sculpture, ‘Johann’, and the caves behind the village which was one of many local locations used in the filming of HBO’s Game of Thrones®

Be Stunned at The Dark Hedges 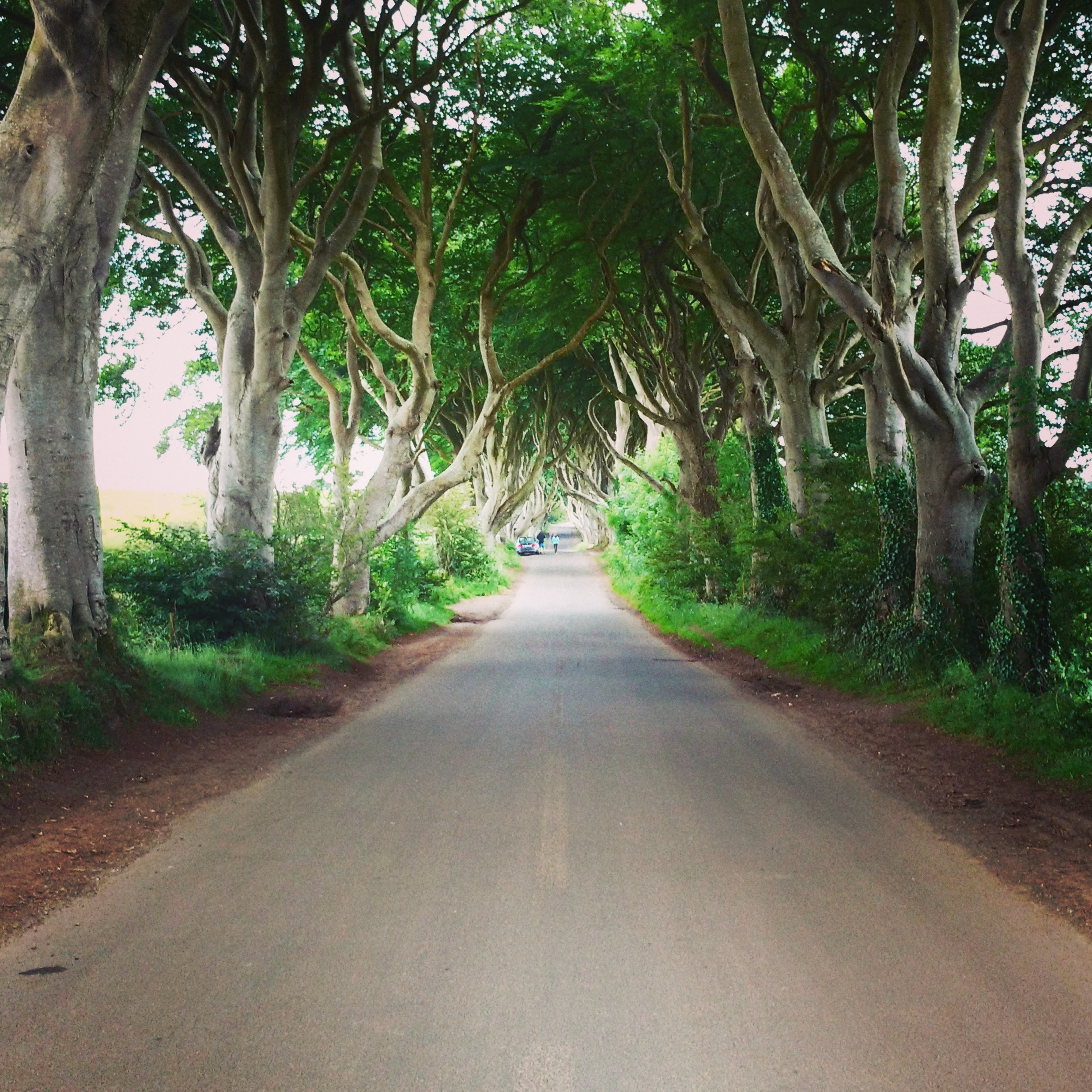 This iconic archway of intertwining beech trees has become one of our most photographed natural phenomena. It was planted by the Stuart family in the eighteenth century to impress visitors approaching the entrance to their Georgian mansion. Today the site is perhaps best known as a filming location in HBO’s Game of Thrones; it doubled as The King’s Road in Season Two of the epic series. 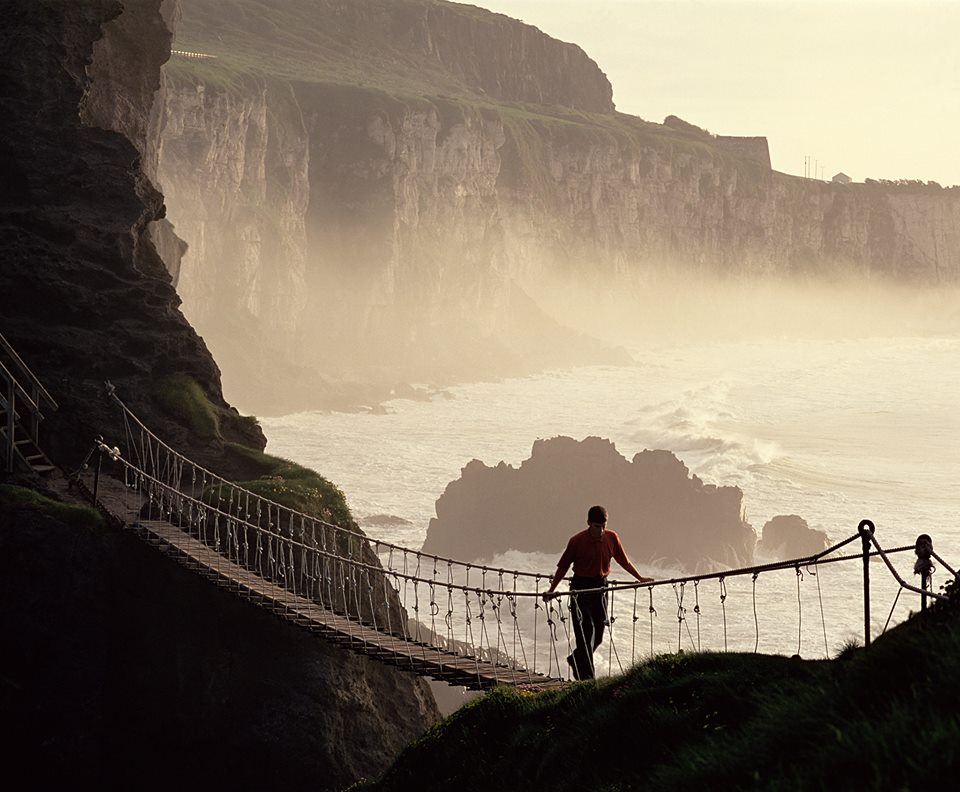 Test your bravery just 20 minutes away from the Causeway with a visit to the 20-metre-long wire rope bridge. The bridge stretches from the sea cliffs to the small Carrick-a-Rede Island. 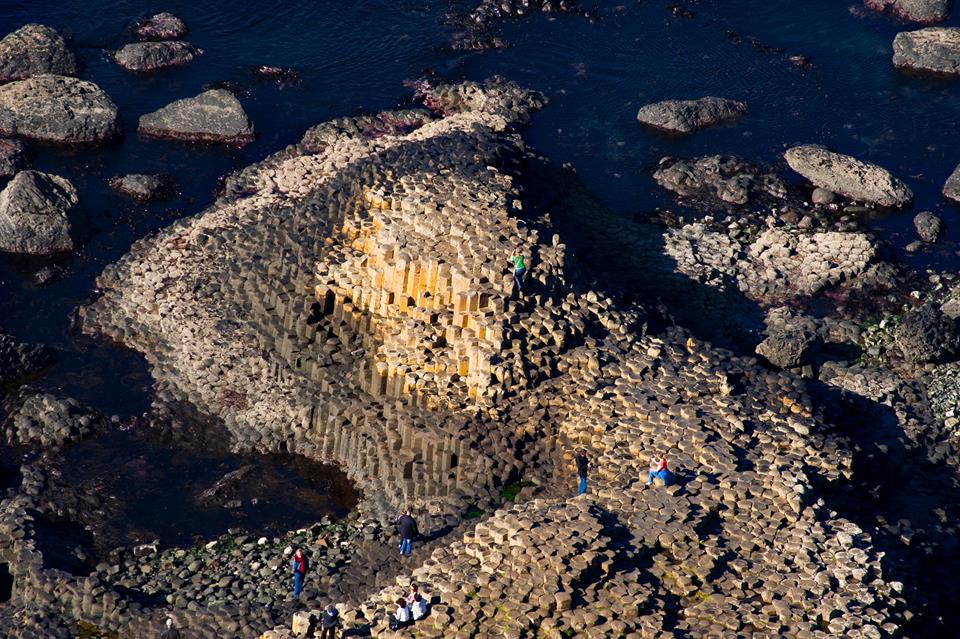 Our adventure begins at the very top of Ireland in County Antrim at one of the country’s most breathtaking landmarks, the Giant’s Causeway. Visitors decided for themselves whether the formation has its origin in Irish legends or as the result of a volcanic eruption. The unique rock formations are visited by 500,000 people every year.