Any fan of Father Ted has to see some key filming locations where the legendary TV show was made. We have put together the ten best places you can visit:

Vaughans pub and barn, situated right next door to the hostel, also played an important role in several episodes. The barn was the venue for the “King of the Sheep” contest in “Chirpy Burpy Cheep Sheep”. If you ask nicely, they might show you the original sign that lies behind the stage.

And in Vaughans bar itself you will find none other than Michael Leahy, the barman who announced “This bar is closed” in “Are You Right There Father Ted?”

Fans will remember this as the immensely popular episode in which Father Ted is condemned as a racist. His attempts to prove otherwise are conducted in and around the bar, the hub of Craggy Island’s Chinese Community (plus one Maori). Yes, the Chinese, a great bunch of lads. 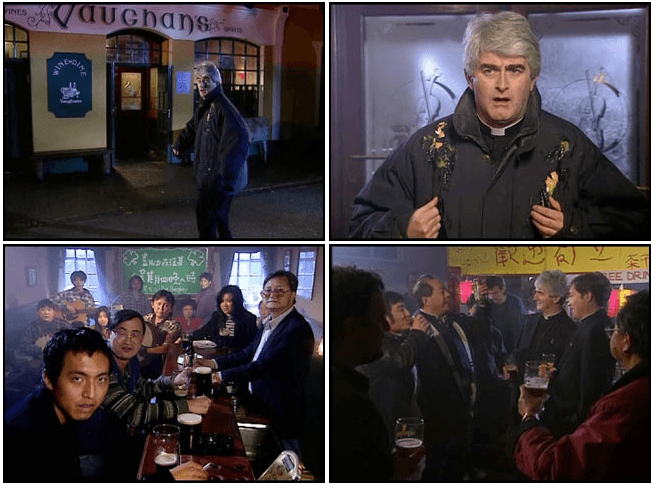 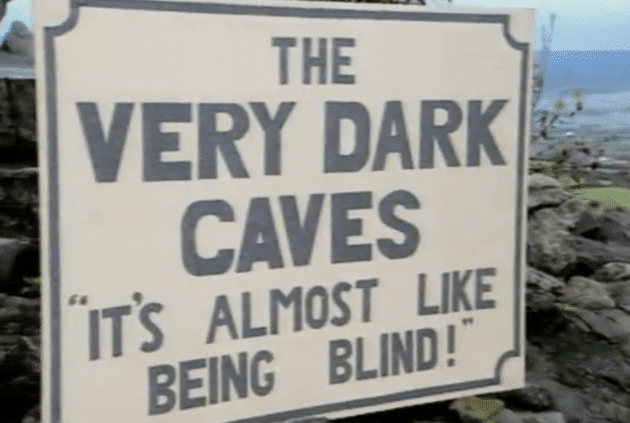 That famous episode which features Graham Norton and One Foot in the Grave star Richard Wilson. These are the Aillwee Caves in Ballyvaughan (which, as it happens, are also very dark). 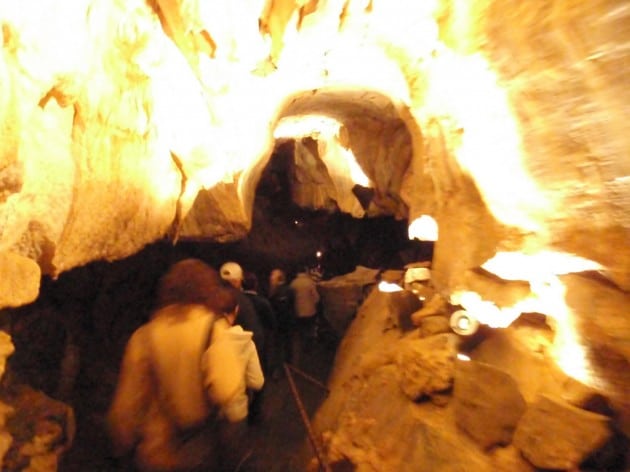 The couple who hate each other but always put on a happy face when the priests show up. Their shop (if it ever was a shop) is now a couple of ferry offices in Doolin. 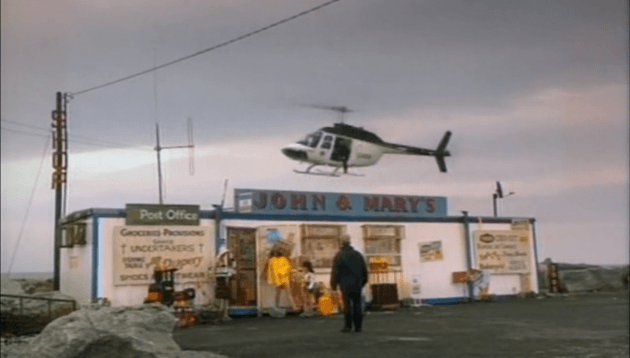 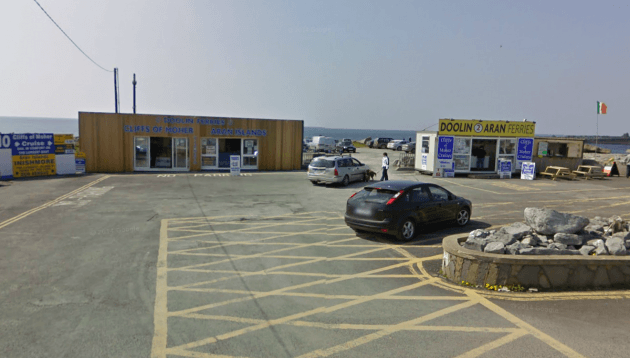 The caravan from hell (where Graham Norton as Father Noel Furlong made his first appearance), is located somewhere at this site near Fanore Beach, Co Clare. 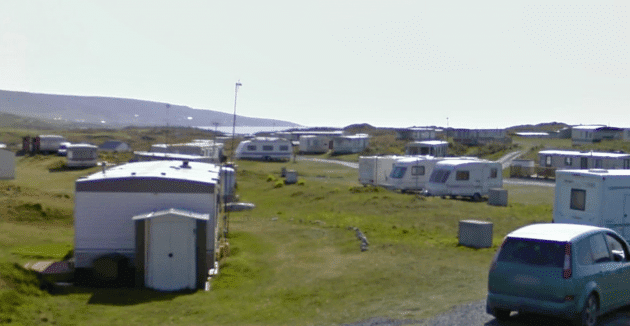 This was located in a Dunnes Stores in Ennis, Co Clare. A local councillor called for it to be designated a local landmark, but told DailyEdge.ie that it is, sadly, now a fruit and veg section. 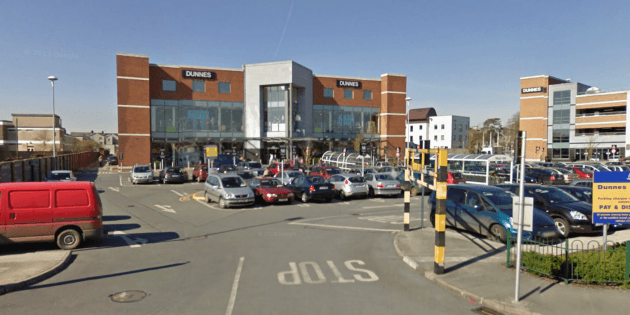 That famous “Down with the sort of thing” episode was shot here. Its memorable for the Fathers’ protest over The Passion of Saint Tibulus, this cinema was actually located in Greystones, Co Wicklow. 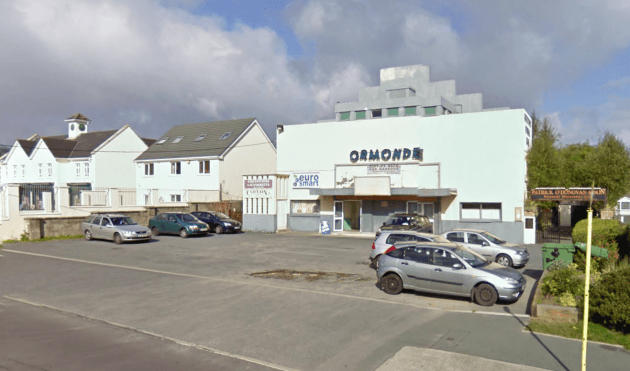 Ennistymon in Clare is also seen in several episodes, including as a street in The Mainland and the location for Alcoholic’s Anonymous. It’s also where the “My Lovely Horse” music video was shot. 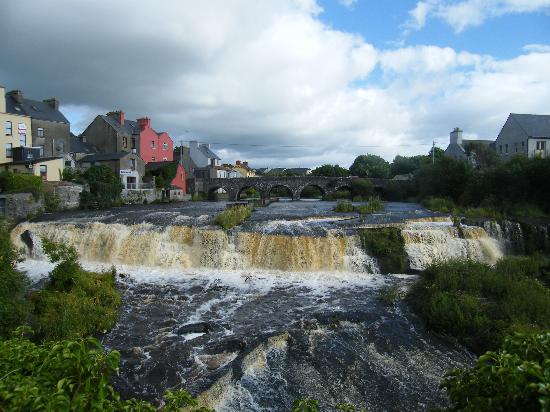 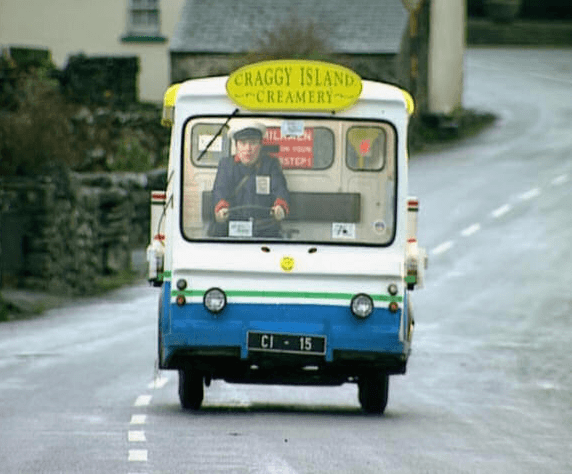 “Speed 3”, voted the fans’ favourite episode of all time in a Channel 4 poll, was almost entirely shot in the village. The site for the roundabout, which Dougal circled for hours in his milk float attempting to thwart the plans of the dastardly Pat Mustard, lies between two of the villages three pubs, Nagles and Linnanes.

If you proceed up the Lisdoonvarna Road, you will be at the site where the priests said the mobile mass, which was Ted and his religious cohorts’ best plan for saving Dougal from the milk float bomb. 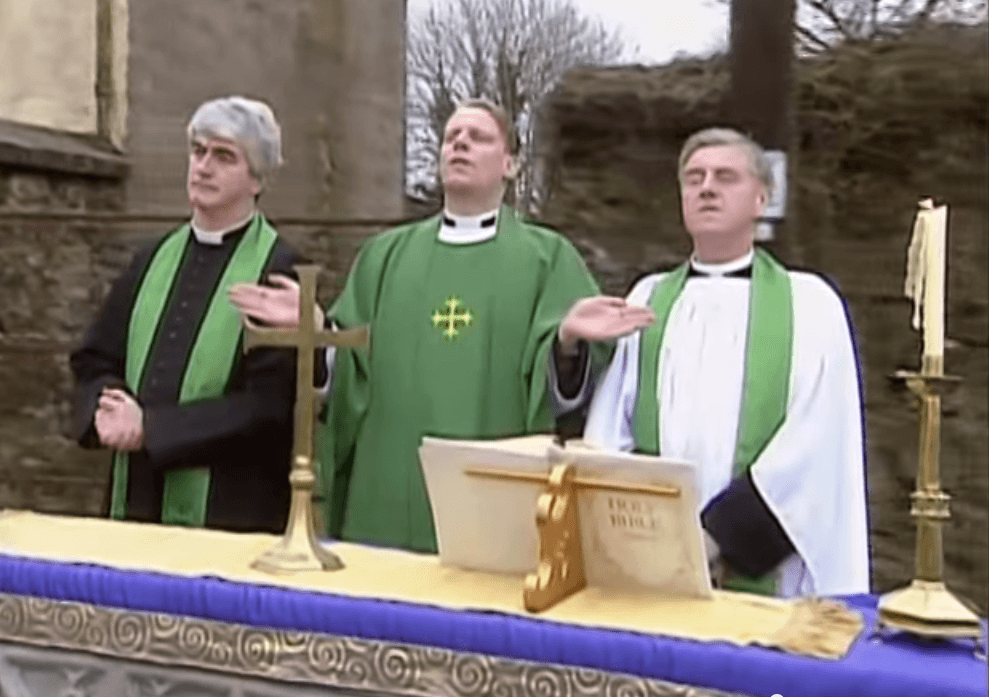 Here you will also find the houses where Pat Mustard planted his seeds and where Dougal was greeted on his round by those women “in the nip”. 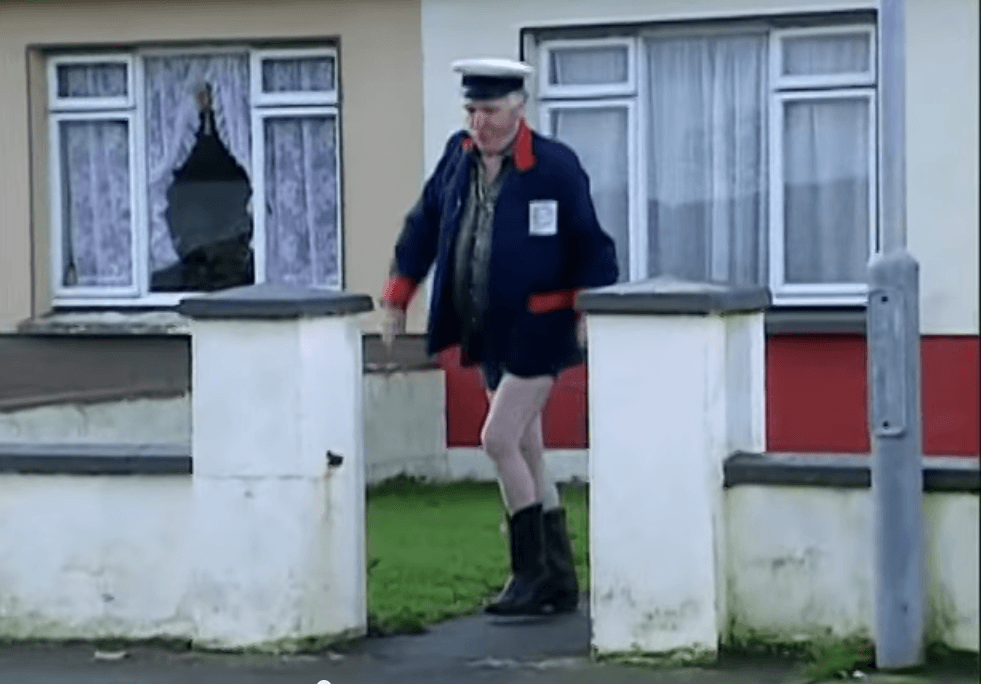 Further down the road is where Ted frantically moved the empty boxes from one side of the street to the other. 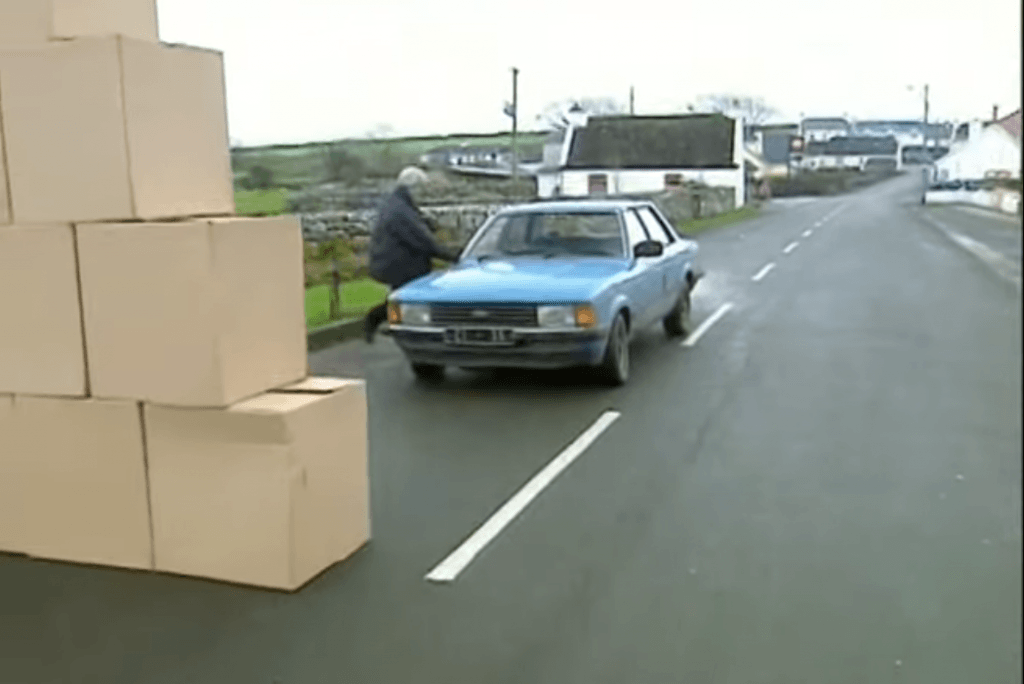 If “Think Fast Father Ted” is your favourite episode, then you can visit the community hall. It doubled as the Crag Disco where the hapless priest DJ only had the one record – Ghost Town by The Specials. It was here too that Dougal finally caught on and announced that he had the winning ticket for the car – number eleven! 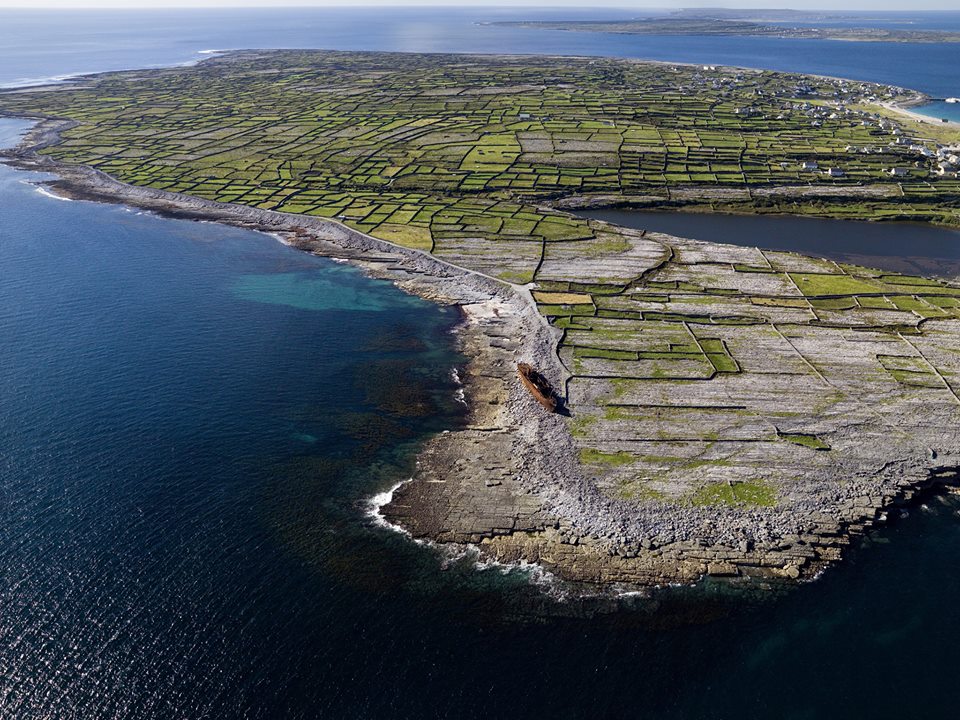 As you probably know, Craggy Island isn’t a real place. However, the island portrayed as it in the opening credits is actually Inisheer and you can go visit! 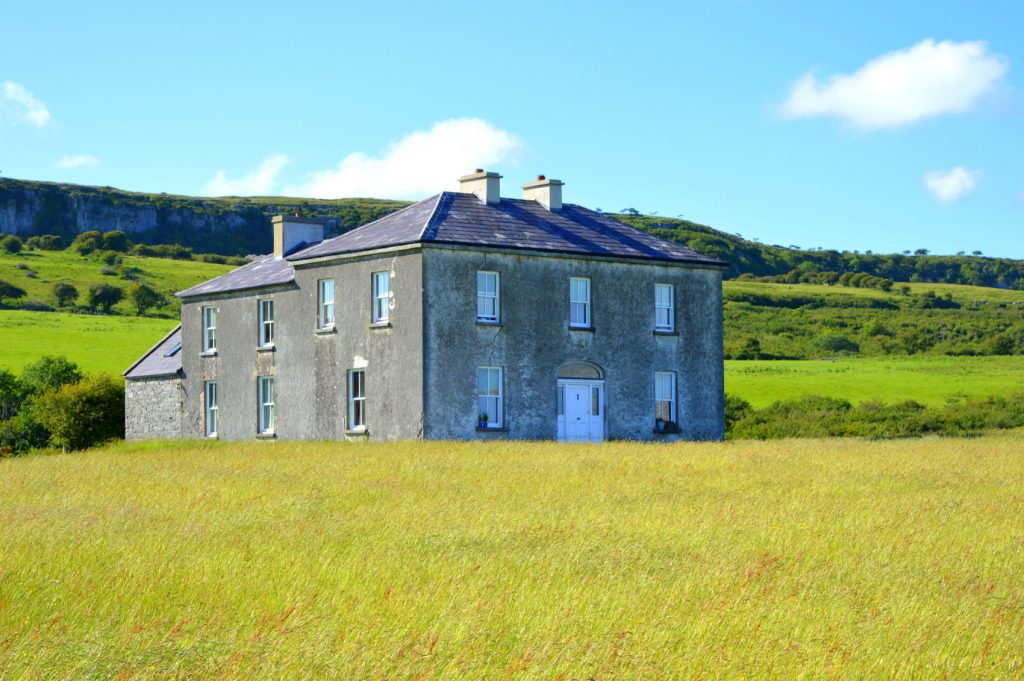 This is the ultimate place to visit as it is the iconic place where Ted and the other priests lived. It is extremely rare to get the opportunity to go here. Most people can’t find the house as it is literally in the middle of nowhere – a house with no number and a road without a name! You won’t be able to find it on a lot of sat navs too! Lucky for you we have directions to Father Ted’s house to make sure you get there!

Please note that this is a private family home, so please do not wrap on the door. If you want to go inside the house for a tour you will have to book in advance: fathertedshouse.com/