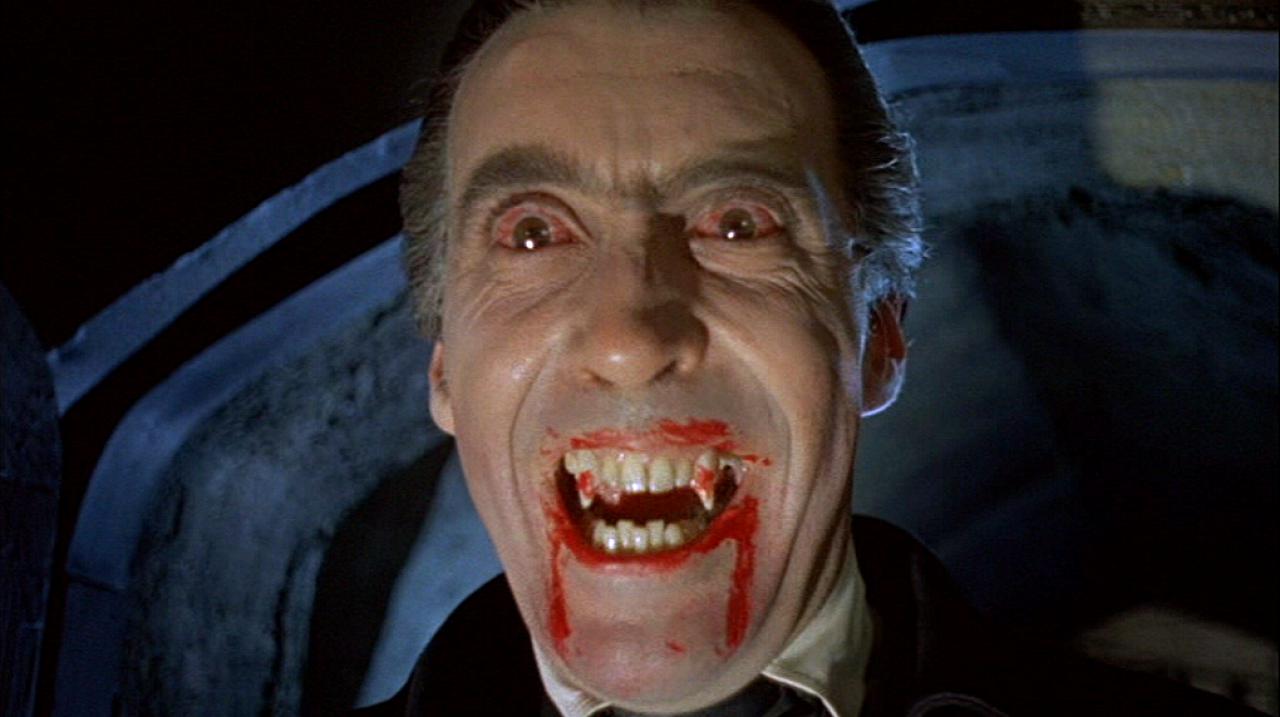 We all know and love the character of Count Dracula, the Transylvanian-accented Romanian. Although vampire stories had been written before, Bram Stoker’s 1897 novel codified vampirism and has influenced the horror genre ever since.

Many are unaware of the Irish origins of the creator of Count Dracula and that the author Bram Stoker was an Irishman. Stoker was born on the north side of Dublin, and he moved to London in his 30s yet never lost his Irish accent.

After graduating from Trinity College, he had worked for years as a civil servant in Dublin Castle. Yet although from a middle-class family, he was not shielded from the horrors that people living in nineteenth-century Ireland sometimes witnessed.

It has long been suspected that he wove metaphors for these real-life revulsions into his famous novel which has been endlessly mined for metaphors ever since.

If we examine Dracula in the context of Stoker’s Irishness, it is possible to view the Count as Irish, or influenced by the Ireland of Stoker’s time, in many ways.

1. Dracula as the personification of Sligo’s cholera 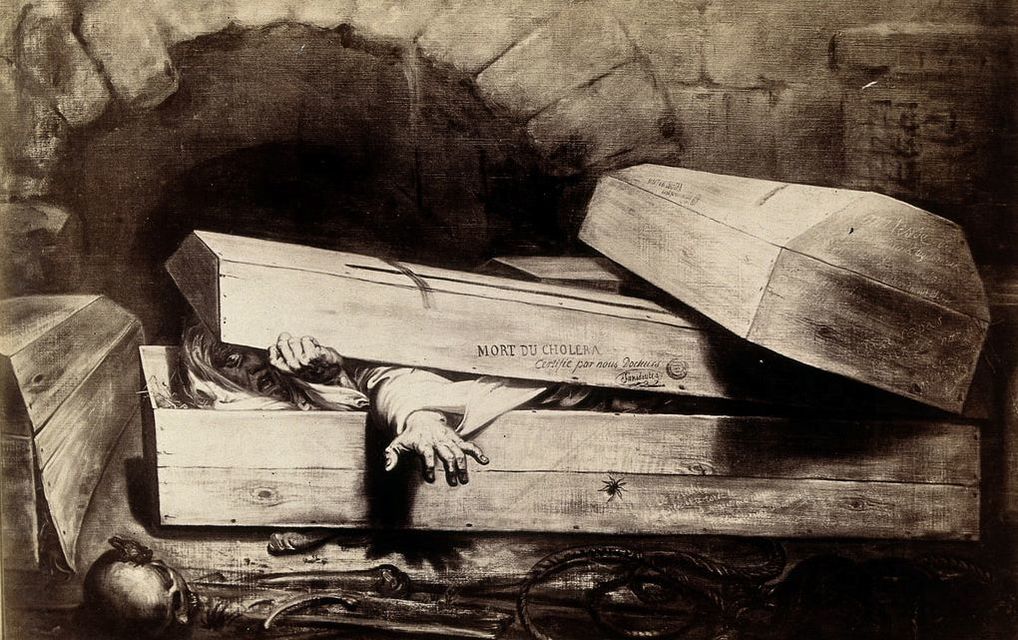 Bram Stoker’s parents were from the north-west of Ireland, and his mother Charlotte lived through the appalling Sligo cholera epidemic of 1832. She wrote an essay on her experiences which describes the disease which killed 1500 people in the small town in less than two months.

She wrote how people at that time believed cholera to come from the sea and then travel overland like a mist, just like her son would later write of Count Dracula. Charlotte witnessed mass graves, and people being ‘accidentally’ buried alive along with other chilling events.

Charlotte’s family were Church of Ireland Protestants, but in her essay, a strange hero emerged in the form of the local Catholic clergy who seemed immune to the disease while continuing to tend to victims.

One priest physically protected cholera patients from the staff at the local infirmary armed with a horsewhip. Charlotte’s essay has parallels to Dracula in so many ways that it appears that Count Dracula can be read as the personification of Sligo’s cholera epidemic.

2. Dracula and The Great Irish Famine 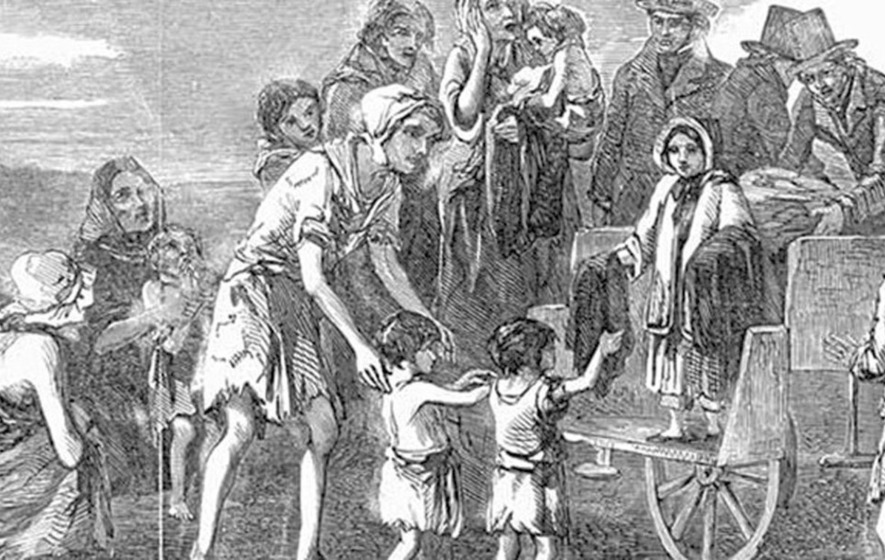 Stoker’s parents lived through not just cholera and other fever outbreaks but saw at first hand the effects of many minor famines which wrought havoc on the Irish country people.

Bram himself was born in 1847 – a year that became infamously known as Black ‘47 – at the very height of the Great Irish Famine. It was a time in Ireland when 1 million people died of starvation and another 1 million emigrated.

The effects of the Famine were witnessed by many in society. Daniel Donovan, a doctor from Cork, wrote of seeing one of his emaciated patients “crawling” along the road to visit his dispensary “as if the grave had that moment vomited her forth”.

The Famine period is one which was cloaked in shame for many Irish people who became imbued with a sort of ‘survivor’s guilt’, and people spoke little of it for many years afterwards. When Stoker moved to London, he may have incorporated such real-life disturbing imagery into Dracula. 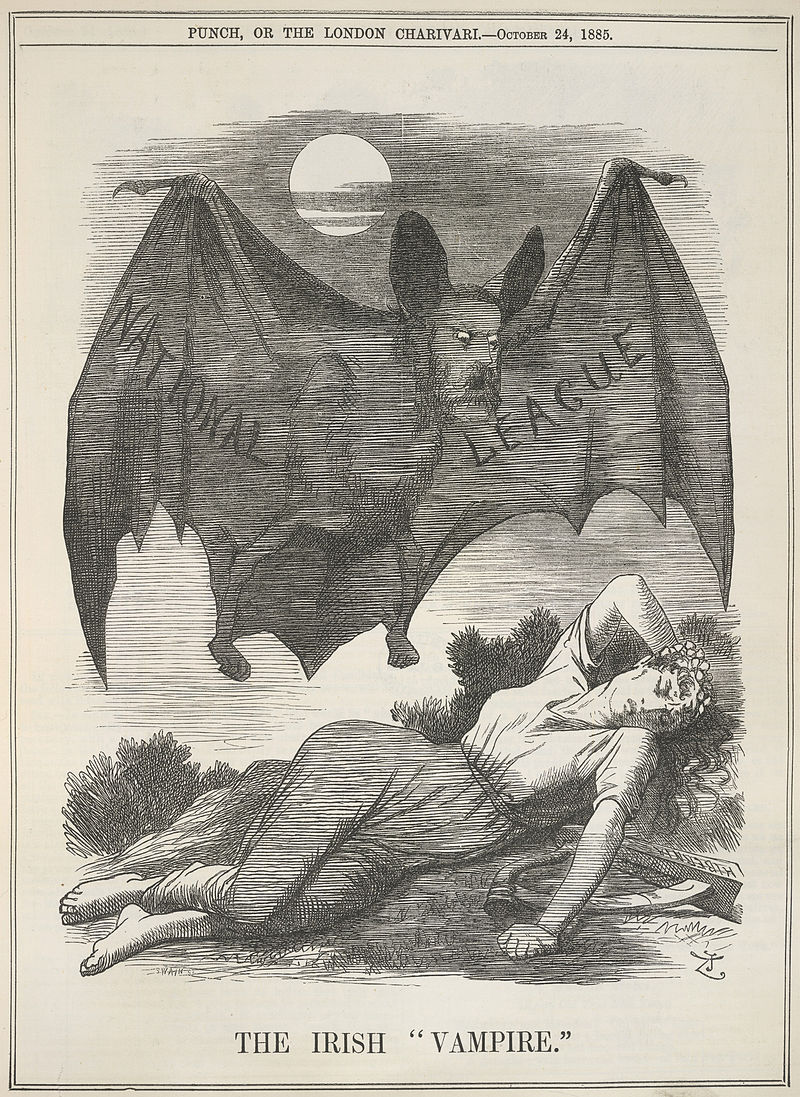 Many see Stoker’s vampire as a metaphor for the absentee landlords of large estates of Ireland, whose poor management aggravated the Famine. Many of these were English and seen as a predatory plague on poor Irish peasants.

Count Dracula has similarities, like them he is a foreign intruder who, with the contagion he carries, plans the extermination of a native population. His purchase of many properties is part of his plan to ‘take over’ England, so technically he is a landlord.

Paradoxically, it has also been noted that the leader of the opposite side, Charles Stuart Parnell (1846 –1891), may also have influenced Stoker’s creation. Parnell was the charismatic Irish MP and tenants’-rights agitator, most influential over the Irish peasant-masses.

Like Dracula summoning the ‘creatures of the night’ to help him, so too could Parnell summon the Irish peasants to do his bidding in a febrile time of Land Wars and rural unrest.

He supported the cause of Irish Home Rule (as did Stoker) and became known as the uncrowned king of Ireland because of his popularity. Naturally, he was feared and disliked by the British establishment and was the subject of a hostile Punch cartoon, showing him as the “Irish Vampire” in 1885.

Three years before Stoker began to write Dracula, Parnell was involved in a seismic divorce scandal which led to his political downfall. Dracula as both absentee landlord and crusading Parnell is a testament to how the novel can be interpreted and ‘read’ in so many ways.

4. Dracula and the vampire of Irish folklore 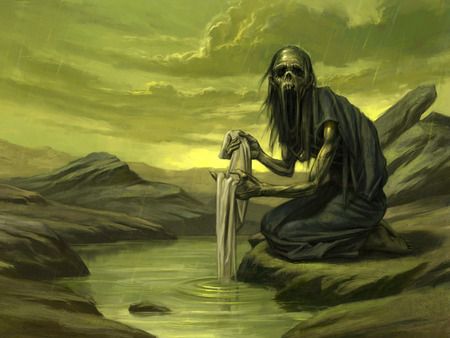 When Bram Stoker lived in Dublin, he frequented the home of Oscar Wilde’s parents. Their ‘salons’ were a haven for enlightened discussion of all things Irish, and the Wildes were well known for their knowledge of and interest in Irish folklore.

They would have talked of banshees, fairies, old magic and even vampires. It may have been at a Lady Wilde gathering that Stoker first heard the tale of Abhartach the Irish vampire.

It was said he was a 5th-century chieftain who turned evil, who kept coming back from the dead demanding a bowl of blood from his terrified people.

They enlisted help from another chieftain who managed to finally slay Abhartach by stabbing him in the heart with a timber stake and burying him under a cairn of stones. The stones remain in Derry, the home county of Stoker’s father’s family. 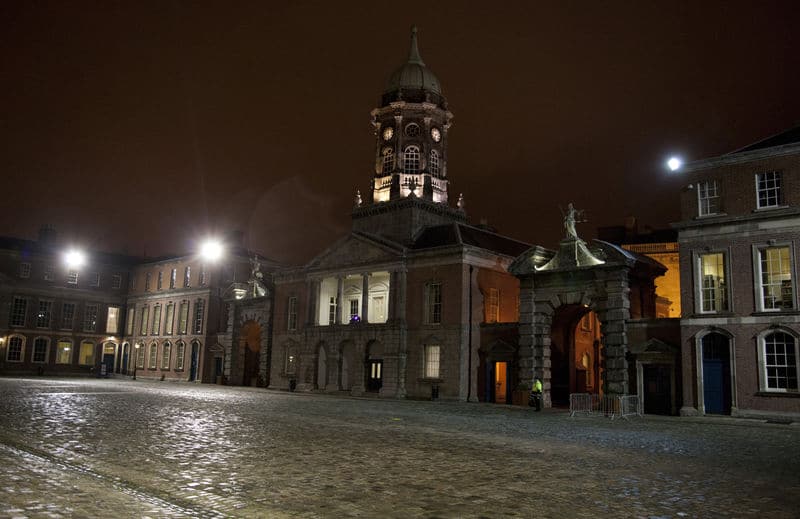 The plot of Dracula involves a legal clerk imprisoned in a castle by what gradually is horrifically revealed to be an evil vampire. Stoker had a real-life experience of being ‘trapped’ in a castle: he worked for 13 years in a boring government job – also a legal clerk – in Dublin castle.

As a creative soul, he found the job stiflingly boring with duties he would later describe as ‘dry as dust’. To liven up his existence, he wrote theatre reviews for the newspapers in exchange for free tickets to the shows.

This made him valuable connections in show business and eventually allowed him to ‘escape’ to a job in London managing the famous Lyceum theatre.

Yet he never forgot his time in the castle. Legend has it he suffered nightmares while working there about “damned, headless corpses”. It wasn’t until the late twentieth century, and long after Stoker had died, that archaeologists excavating the foundations of Dublin castle would discover many decapitated skeletons from the medieval period buried beneath.

Find out How Sligo Shaped Dracula in Sligo This November!

It will take place in the atmospheric Canis Major a deconsecrated church in the grounds of the luxury Clayton Hotel (a Victorian Gothic building that was once the county asylum).