Ireland’s coastline is dotted with dozens of lighthouses which have helped seafarers find their way for hundreds of years.

As well as keeping the Irish waters safe and decorating our coastline, these lighthouses offer a unique experience for visitors.

They come in all shapes and sizes, but here’s our pick of 10 of the best lighthouses you have to visit.

It’s not just the views and remote location that make this lighthouse so special as it is in fact, Ireland’s only square lighthouse and one of 3 in Europe, truly setting it out from the crowd.

Blacksod Lighthouse is situated at the end of the incredibly beautiful Mullet Peninsula in Erris, Co. Mayo and marks the entrance to the stunning Blacksod Bay.

This dramatic lighthouse is made even more special with breath-taking views of Achill Island and Blackrock Island, which you might remember as the site of the tragic R116 helicopter crash.

While it is not open to the public, it is an incredible sight and must be seen to be believed.

It was the weather forecast given by the Blacksod lighthouse keeper at the time which delayed the invasion by 24 hours and prevented a military catastrophe.

It’s no surprise this lighthouse is considered by many to be one of the world’s most beautiful lighthouses and a highlight of the Wild Atlantic Way. The idyllic looking whitewashed lighthouse stands between Lough Swilly, one of Ireland’s few glacial fjords, and the sandy beaches of Mulroy Bay.

Immerse yourself in the wild and rugged environment of the Donegal Gaeltacht by staying overnight in the attached self-catered accommodation. Leave all the stresses of life behind and enjoy the local wildlife and the even wilder local people!

Take a tour of the lighthouse building as well and learn the history of this iconic structure which has been keeping the waters safe since 1812.

Wicklow is known as the Garden of Ireland, and it lives up to that name with its incredible scenery, but if you want to experience Wicklow differently, this is the thing for you.

With its unique octagonal structure and spectacular views over the Irish Sea, this lighthouse, located at Dunbur head just outside of Wicklow Town, is not to be missed.

If visiting this iconic structure is not enough, the tower has been transformed by Irish Landmark Trust into unforgettable self-catering accommodation.

The lighthouse sleeps 4 and features beautiful arched windows set into the meter-thick walls offering a stunning view over the sea or the lush Wicklow countryside.

With 109 steps up to the kitchen on the top floor, a stay here will literally take your breath away. We don’t know about you, but we’d be very impressed if somebody took us here!

The iconic black and white stripes of Hook Lighthouse are known all over, but did you know that built over 800 years ago, Hook is now the oldest operational lighthouse in the world? It should definitely be on your Leinster Bucket List.

Step back in time and take a guided tour of the lighthouse and experience their state-of-the-art visitor centre. Don’t forget to take a step up onto the four-story-high balcony afterwards for a panoramic sea view.

For an even more unique experience, you can book the sunset or sunrise tour which are led by a local guide and involves enjoying the spectacle of the sunrise or sunset while sipping on prosecco and munching on some delicious local food. This is one experience in Ireland’s Ancient East you won’t forget for a long time.

From the Cliffs of Moher to the Burren, Clare has a lot to offer to its visitors but make sure Loop Head and its picturesque lighthouse is on your list.

The lighthouse is perched on the end of the breathtaking Loop Head peninsula with sea views in all directions and the opportunity to catch a glimpse of some dolphins, whales or seals. Watch out for the (noisy) seabirds who occupy the cliffs below.

You can learn all about the fascinating history of the lighthouse in the interactive exhibits in the Lighthouse Keeper’s cottage or take a guided tour up the lighthouse tower and onto the balcony.

If you’re lucky, you might be able to see as far as the Blasket Islands off the coast of Kerry. Bring your binoculars!

This is a stunning clifftop lighthouse, just outside the city of Belfast. You can stay in the fabulous self-catered accommodation, the perfect location to explore everything Northern Ireland has to offer.

The restored lighthouse keeper’s cottages next to the lighthouse are full of character with antique furniture and maritime memorabilia to match your surroundings.

The lighthouse is accessible by foot from Whitehead Boat Club along the Blackhead Path which takes you along the coast to the lighthouse and then back again.

Whitehead is a small picturesque town like something off a postcard with rows of colourful houses lining the seafront.

Clare Island is the largest of the 365 islands in Clew Bay and is famous for being the home of the legendary Pirate Queen Grace O’Malley. The island has a population of about 160 people but welcomes hundreds of visitors every year.

Where should you stay when you visit Clare Island if it is luxury boutique accommodation is what you want? The answer is probably not what you are expecting but trust us and enjoy a truly unforgettable stay in Clare Island Lighthouse.

This unique boutique accommodation is fully catered and features plenty of unique nooks and crannies where you can relax with a glass of wine in comfort and look out at the sea views.

Perfect for a romantic getaway or a family break. Why stay in a regular B&B when you can stay here?

Step into the shoes of your favourite Star Wars character on Skellig Micheal. You may have heard of Skellig Micheal 10km off the coast of Co. Kerry, as the location of the shooting of the most recent Star Wars film Episode VII “The Force Awakens”.

Long before that, however, it was on this dramatic rocky island, which rises 218m above the sea, that the monks settled upon. The well-preserved sixth-century monastic settlement still stands today and can be visited when the weather permits.

The lighthouse, located on the South of the Island, has a much shorter history than the monastic settlement but is equally as fascinating.

The building and the incredible path that leads to it are truly a testament to the people who built it on the face of a cliff, over 300 years ago, exposed to the full force of the Atlantic Ocean and its raging storms.

If you find yourself in Northern Ireland, this lighthouse in County Antrim is a must-visit. Rathlin is best known for being Ireland’s only ‘upside down’ lighthouse.

With its precarious cliffside location, a visit to Rathlin West and its visitor centre offers an insight into the challenges faced by the lighthouse keepers who lived and worked there. The island is actually on Rathlin Island off the coast of Ballycastle so leave the hustle and bustle of the mainland behind and enjoy the adventure by boat.

The lighthouse is not all Rathlin Island has to offer. The island is also home to one of the largest seabird colonies in Ireland and the U.K. Whether you’re a bird watching expert, or you simply want to enjoy some wildlife and get a taste of island life, this is an experience you’ll never forget.

Ireland has more than its fair share of lighthouses so whittling it down to only 5 was no easy feat, but we have saved the best for last.

Fastnet Rock, off the coast of Cork, is the most southerly point of Ireland and home to Ireland’s highest lighthouse.

Not to get too emotional but the incredible lighthouse on the Island has been described as the Teardrop of Ireland because it is the last sight of Ireland for emigrants who sailed to America.

The lighthouse also marks the halfway mark for sailors taking part in one of the world’s best-known sailing races, the Fastnet Race, a round trip from Cowes on the Isle of Wright and back to Plymouth.

While you won’t be expected to sail yourself to the lighthouse, you will have to reach it by ferry if you want to get up close and personal.

Fastnet Tours will get you there, weather dependent of course. The tour will take you around the lighthouse to capture that once-in-a-lifetime photo and will stop off on Cape Clear Island.

Make sure to keep an eye out for whales and dolphins on the way to complete the magical experience. 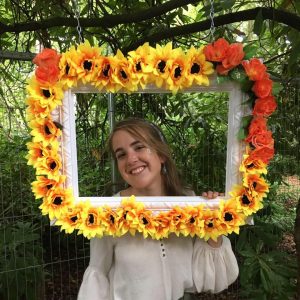