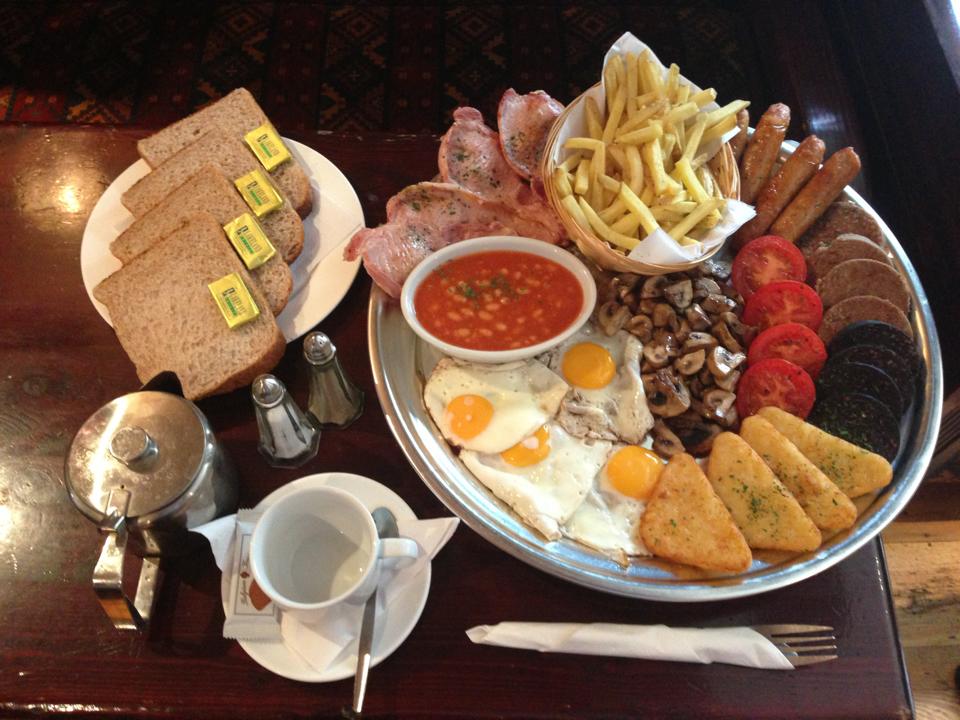 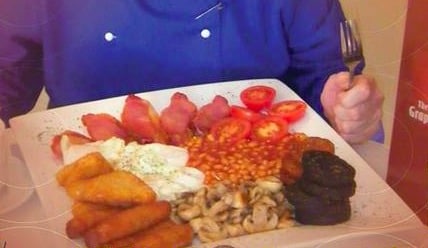 A couple of our followers said that The Grapevine Bistro in Sligo has a Mega Breakfast Challenge and it sounds, well, mega. This blowout incorporates five sausages, five rashers, five eggs, five hash browns, five pieces of white pudding, five pieces of black pudding, five half tomatoes, five portions of mushrooms, five portions of beans, five pieces of toast and a pot of tea. If you fancy taking on The Grapevine Bistro’s Mega Breakfast Challenge make sure to pop in to unit 9 of the Quayside Shopping Centre in Sligo. 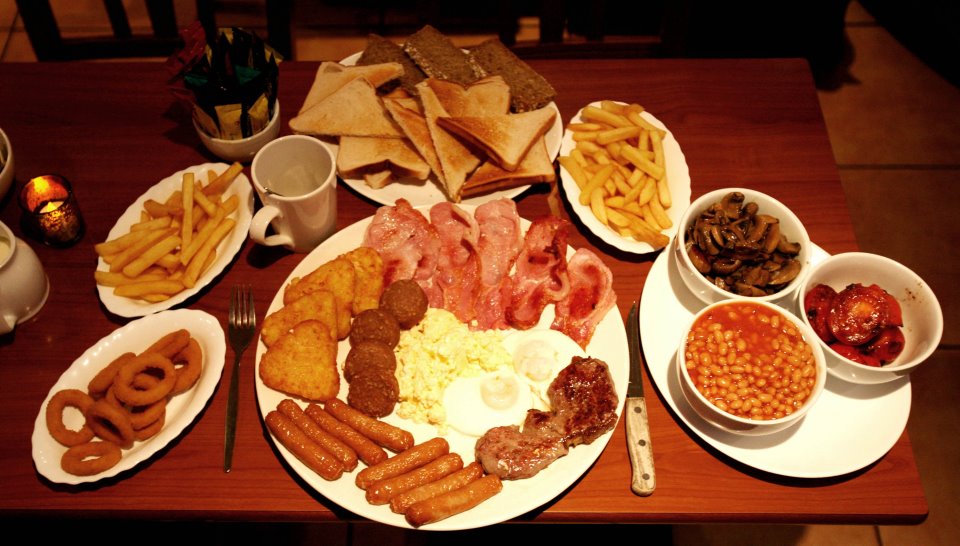 Tony’s Bistro on North Main Street in Cork has been highlighted as one of Ireland’s biggest breakfasts. Even though the meal, which is aptly named ‘The Godfather’, includes a whole lot of food, the kind folk at Tony’s will foot the bill if you manage to finish the entire thing. “The Godfather” includes… Eight sausages, six rashers, a 6oz sirloin steak, four hash browns, four slices of black & white pudding, two fried eggs, two scrambled eggs, two bowls of chips, three pieces of fried tomato, one bowl of baked beans, one bowl of fried mushrooms, one bowl of onion rings, six pieces of toast, three slices of soda bread and a ‘bucket’ of tea or coffee. 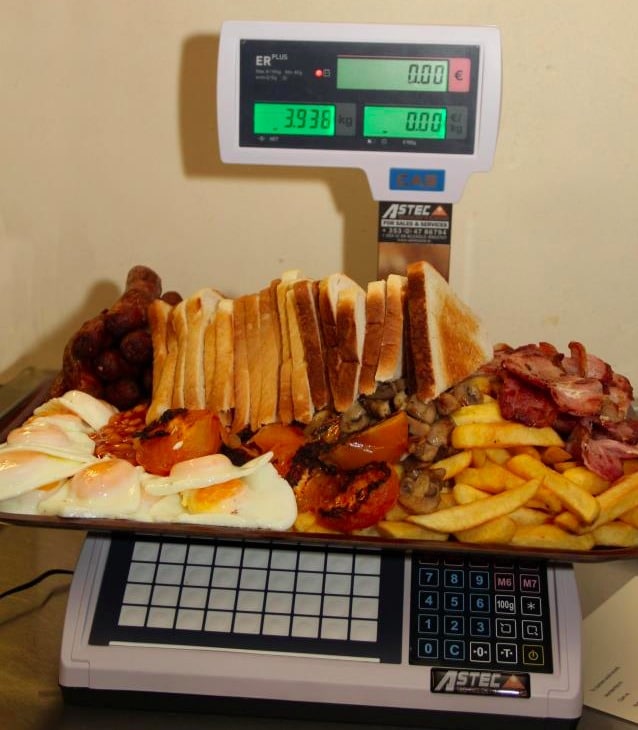 This cafe holds the Guinness World Record for the ‘World’s Largest Breakfast’ so it doesn’t take a rocket scientist to work out this place wins the prize for biggest breakfast in Ireland. This record breaking breakfast at the Hard Boiled Egg (which, by the way, weighs nearly 4kg) includes, ten sausages, ten rashers, ten eggs, five hash browns, five ‘large’ pieces of white pudding, a bowl of chips, a ‘hill of beans’, three grilled tomatoes, a portion of mushrooms, ten slices of toast and all the tea you can drink. So there you have it. If you’re feeling like a good hearty (or heart-attack educing) fry-up, you’ll know where to look from now on.