Many things come to mind when people around the world think of Ireland. Stunning landscapes, leprechauns and drink, to name but a few. So where are the best places in Ireland to get all three? If leprechauns are your thing you can check out the National Leprechaun Museum in Dublin. For now, we are going to count down the 10 most scenic places to have a pint in Ireland. 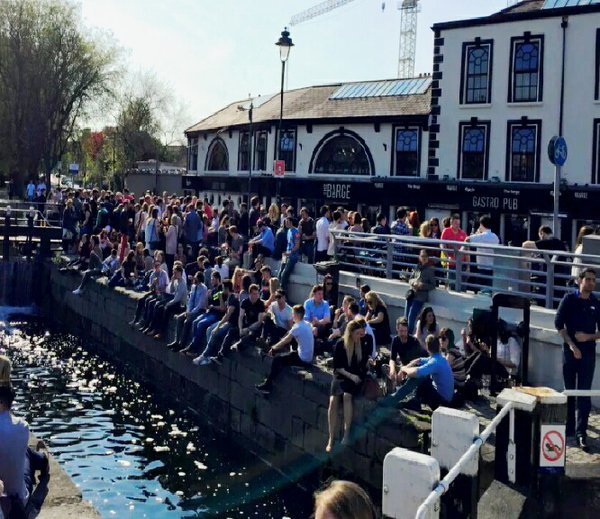 A landmark pub in Dublin situated on the banks of the Grand Canal. If you are in the centre of Dublin on a sweltering day, there isn’t a finer spot to be than here. The Grand Canal is one of two canals that connects Dublin with the River Shannon.

It dates back as far as 1715 but wasn’t officially opened until nearly a century later in 1804. If you’re looking for a variety of drink then this isn’t a stop to be missed. With nearly 4 bars here, there is no shortage of craft beers and spirits. 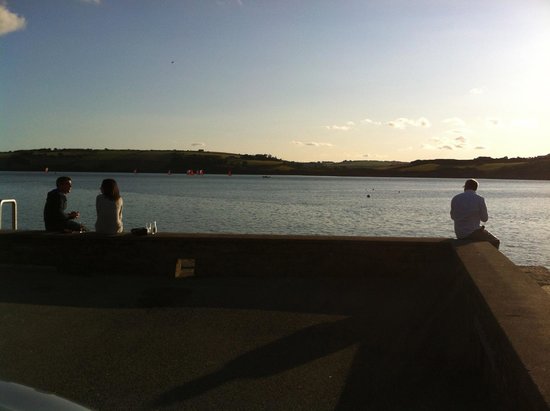 A traditional Irish bar, with no shortage of character. The pub offers some fantastic views of Kinsale harbour and the town itself. The beginning of the Wild Atlantic Way, Kinsale is a town everyone should enjoy once in their life. Once you have finished your pint here, Charles Fort is only a stone throw away. Built in the 1670s, the star-shaped fort is full of activities for everyone.

Overlooking the River Lagan, Cutters Wharf has a lovely terrace that provides a superb backdrop for any pint. A self-pronounced sports bar makes this almost the perfect man cave. It also caters for the more adventurous kind of person, as it is situated along the Lagan Towpath.

This is a walkway which stretches about 11 miles through the riverside meadows and mixed woodland along the banks of the River Lagan. So, make sure to get here and enjoy the views on show from the terrace. 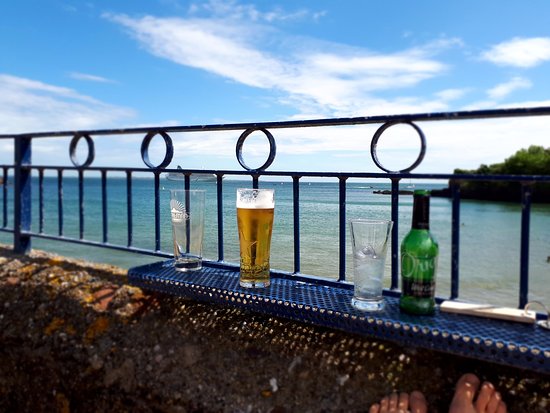 Dunmore East is one Irelands most stunning villages. Situated in the south-east, its home to a host of secluded beaches and sits on a large cliff face. The Strand Inn looks out over all of this. Hovering offer Lawlor’s Beach in the lower village this really is one the best places to enjoy a pint in the south-east.

Next, we go west along. Voted one of the best beer gardens in the whole of Ireland by the Irish Daily Mail and it is not hard to see why. The garden is cordoned off by limestone blocks and lets viewers lay eyes on the Atlantic Ocean, Galway Bay and the Clare coastline. The pints here are second to none. I would recommend the local craft beer quite craftily known as Inis Beer.

There aren’t many pubs in Ireland that you can park your boat outside of. Gings Bar, on the Roscommon/Leitrim border, draws people in from all counties and for good reason. Planted beside the River Shannon, its beer garden provides the perfect vantage point to view Irelands largest river.

The Guinness here, according to the locals, isn’t half bad either. So, whether you have a boat or not if your ever in Carrick-on-Shannon be sure to grab grub and a pint here. 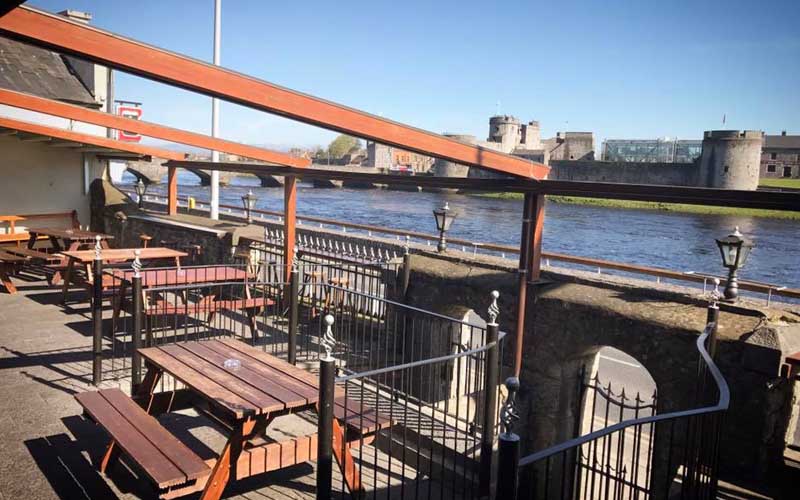 Moving further down the banks of the Shannon we have arrived here. A 17th-century pub in the heart of Limerick. If you decide to have a pint here it means you can cast your eyes on spectacular views of King John’s Castle, the Curragower Falls and Limerick City Hall.

The pub was named after the Curragower Falls on the River Shannon, where early farmers used it as a crossing point for their goats at low tide. The name is taken from two Irish words; Curragh as in crossing, and gabhar as in goat. To add to all this, it has become one of the go-to places in Limerick for seafood.

Ireland’s most southerly pub, O’Sullivan’s is buried in the heart of West Cork. The small pub is the ideal stop for a pint and some chowder on the way to or from Mizen head. The benches outside provide the ideal spot to sit and enjoy your pint whilst listening to the clanking of the boats’ masts from the wild Atlantic wind.

The pint of choice here steers away from the usual Guinness toward a Cork brewed drink called Murphys. The cream of the pint, which has been poured to perfection, is then stamped with a shamrock. A true sign of quality. 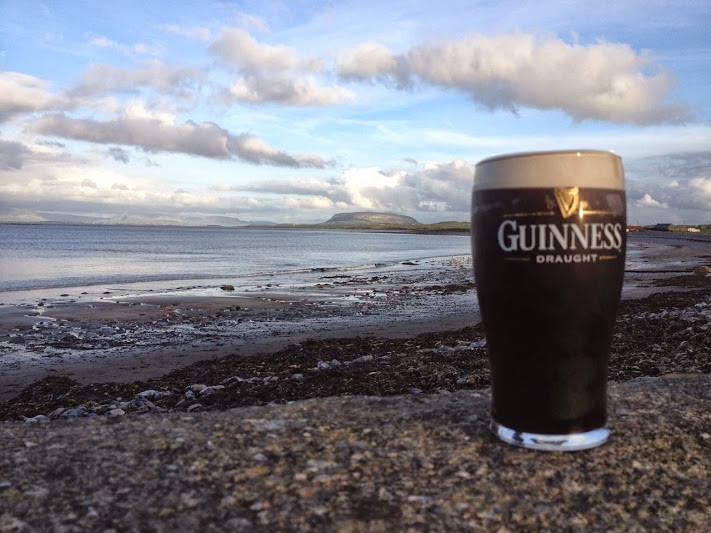 An old thatched pub, this pub sums up what Irish pubs used to be. As soon as you walk in the door you sense a pub that has been around for centuries and it almost transports you back in time.

Once you grab a pint, head back out the door and you won’t believe what is on show here. The pub offers some of the best views of the west coast of Ireland. It is sitting on top of Aughris Head overlooking Sligo Bay. It offers staggering views of the Dartry mountain range and the Atlantic Ocean.

On the western coast of Lough Swilly, this pub really does deserve its spot at the top of the list. Its beer garden is built to perfection, making sure that customers have an unhindered view of everything on show. If you want to go higher up there is also a balcony area.

For incredible shots of this spot, grab one of the best travel drones for 2021 and see what’s around you!

Local craft beers such as Kinnegar beer which is produced just down the road. Just look at the drone footage above which shows just how stunning the views are here.