Ireland Before You Die
Home Info History The Luck Of The Irish: Why are the Irish said to be...
ShareTweetWhatsappPinterestMail

‘Irish luck’ might seem like a strangely pervasive term in light of a nation that has experienced a devastating potato famine, generations of English oppression, and a history of relentless rain.

Nonetheless, Ireland is imagined by many as a nation brimming with lucky gold coins and shamrock charms.

Why exactly is Ireland associated with good fortune? Let’s take a look at how the Irish came to be known as ‘lucky’.

The question a lot of (certainly non-Irish) people are too afraid to ask; why do we drunkenly parade the streets in sparkly green spandex for a Catholic bloke named St Patrick once year?

After being captured by pirates as a teenager, Patrick lived as a slave in Ireland for many years, tending to farm animals, before escaping back to his home in Britain.

There, he became a cleric, and decided to embark on a mission. He would return to pagan Ireland and Christianize to the country.

St Patrick famously used the shamrock to illustrate how the Holy Trinity is comprised of the Father, Son and Holy Spirit.

By the 7th century, St Patrick had become a Patron Saint of Ireland. There are many conflicting accounts of St Patrick’s life, so separating fact from fiction is no easy task.

In any case, we like to celebrate him, and Irish culture overall, on what is believed to be the date of his death – the 17th of March. Was St Patrick lucky?

Getting kidnapped by pirates actually sounds like the definition of ‘unlucky’.

As for persuading an entire nation to convert from Celtic polytheism to Christianity – that may have been due to his killer charisma rather than pure luck.

Then there’s the snakes he, according to legend, banished from Ireland.

The luck there might have been more to do with the fact that Ireland never had any snakes.

In short – no, St Patrick is not behind Ireland’s reputation as a nation of lucky people.

So where does the phrase ‘Irish luck’ come from?

As it happens, the phrase has somewhat insulting origins. Between 1820 and 1920, an estimated 4.5 million Irish people emigrated to the US.

Most were fleeing extreme famine, and many did not survive the treacherous transatlantic journey.

To make matters worse, the local Americans weren’t exactly the most hospitable toward Irish immigrants.

The Irish might be universally adored today, but 200 years ago they were discriminated against by the existing settlers.

However, their arrival did overlap with the Gold Rush of the mid-1800s, and it just so happens that the Irish-American miners were especially successful, making fortunes with the silver and gold they excavated.

Subsequently, the Irish became the subject of bitter jealousy, and other miners would attribute their success to ‘luck’ rather than skill.

‘Irish luck’ implied the miners’ fortune was not the result of hard work, and therefore not rightfully earned.

At least that’s according to the historian Edward T. O’Donnell, who wrote  ‘1001 Things Everyone Should Know About Irish American History’.

A taste of irony

Many suggest the phrase stuck around in part because of the smack of irony attached to it, considering how unlucky the Irish have been throughout history – from the ruthless pillaging at the hands of Vikings, to families split apart by emigration or death by famine, and today’s prevailing discrimination against redheads.

But although (or perhaps because) the Irish have suffered their fair share of ill fate, they have developed a dark sense of humour.

The very inappropriateness of suggesting there is such a thing as ‘Irish luck’ might well have contributed towards the pervasiveness of the phrase.

From a historical perspective, there is, after all, a degree of black comedy in the term’s perverted inaccuracy.

Leapin’ leprechauns and other magical myths

Folklore tells us of how catching a leprechaun fairy will bring good luck. In exchange for their freedom, the leprechaun will grant you three wishes.

The mischievous little green man is furthermore said to hide his pot of gold at the end of rainbows (but finders keepers, right?).

It’s no coincidence, then, that leprechauns have become a universal symbol of good fortune, and serve as the inspiration behind popular luck-based games, such as the iconic Rainbow Riches series.

Add to that the association of clovers with Irish culture, and we’ve got an additional connection with lucky symbols.

Four-leaf clovers, famed for their rarity, were used as magical charms by Celtic priests who believed the plant would protect them against evil spirits.

The first reference to shamrocks as a lucky charm dates as far back as 1620, recorded by the writer and politician Sir John Melton.

Needless to say, Ireland’s folklore is laced with luck, even if its history is not.

So the Irish aren’t really that lucky after all?

Sure we are – in other ways! The Irish are lucky – at least in the sense that any country with such a legendary and widely recognised culture can be described as ‘lucky’.

The distinctive and iconic qualities of our nation sees us celebrated across the globe on St Patrick’s Day (a national holiday that is observed in more countries than any other national festival, by the way).

We’re a nation that has given the world James Joyce, Oscar Wilde, Bono, Colin Farrell, and that one member from One Direction (who were apparently a big deal).

Don’t even get me started on the phenomena that is Riverdance, or the delectable Guinness. Ireland has no shortage of wonderful and unique cultural offerings, making our nation as easy to love as it is to parody.

It’s also worth mentioning that Ireland is a wealthy nation, with an international allure so appealing that we see as many as 10 million tourists each year.

With an incredible heritage of which to be proud, and a global significance of which to boast – I’d like to propose that the Irish are a little lucky after all. And that is what I drink to on St Paddy’s Day! 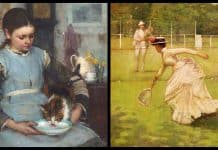 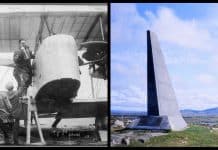 Did you know the first-ever transatlantic flight crash-landed in Connemara?