Skip to content
Home » Do and See » What's on » What’s on: Top 10 UNMISSABLE events in Ireland this December

Break up your Christmas shopping with these 10 unmissable events in Ireland this December.

Christmas will take a back seat this year, as Ireland is filled with unmissable events throughout the month of December.

Break up your Christmas shopping and winter work with all of the comedy, sport, and music that Ireland has to offer as 2019 comes to a close.

Here are the top 10 events in Ireland this December that you cannot miss.

The sharp tongue of comedian Jake O’Kane will occupy Ballycastle in County Antrim for the evening.

Countdown to the new year with the political satire and witty humour that makes O’Kane the great comedian that he is.

Hailing from Limerick, the four-man band will play their biggest show in Belfast yet in the iconic Limelight venue.

The band is getting bigger every year, so take advantage of this intimate show that will be followed by a night out in the city centre.

Whelan’s has been booked out for five consecutive nights, as two-piece band Hudson Taylor takes over the bar in the run-up to Christmas.

Pick any night between Tuesday and Saturday to experience hits “Chasing Rubies” and “Battles” among a list of excellent songs.

You are spoiled for choice as the stars of the musical Mamma Mia! take to the stage in the Bord Gáis for 16 unmissable shows throughout the month.

Fans of the movie will be enthralled as the show brings the film’s characters and music to life.

One of Ireland’s most loved solo artists, Hozier will play to a packed out 3 Arena on the banks of the Liffey for two consecutive nights.

Hozier recently released his second album, and on top of his breathtaking debut album, the man from Bray in County Wicklow has no shortage of songs to light up the 3 Arena.

One of Ireland’s up and coming stars, he is dominating the radios with “Outnumbered” and is one of the top five unmissable events in Ireland this December.

The Dubliner will captivate his home town with his biggest shows yet. It might be an idea for an early Christmas present!

Lighten up your month with the comedy and craic of comedian Jack Whitehall, as he takes his ‘Stood Up’ tour to Belfast City.

The Englishman will have the crowd in stitches as he saves his best yet for his biggest ever stand-up tour.

Two of Ireland’s best teams renew their rivalry in the Pro 14 League as they clash in Limerick city.

Thomond Park will be a fortress for home side Munster, as some of Ireland’s best talent, such as Johnny Sexton and Conor Murray, will go head to head in what will be a compelling game.

Hailing from Dingle in County Kerry, one of Ireland’s best bands, Walking on Cars, will entertain Galway City.

Fresh after their “Colours” tour, the band will perform an unmissable show with top songs from their two incredible albums, such as “Speeding Cars” and “Monster.”

December’s unmissable event is the annual 2fm Xmas ball, a collection of Ireland’s best musicians who come together to raise money for the ISPCC.

With more acts to be announced, the concert is headlined by popular band Picture This, making it the biggest Xmas Ball yet.

With the last month of the year now only two months away, make sure you make space for the many unmissable events in Ireland this December. Head in to the New Year with the memories of the many superb events on show. 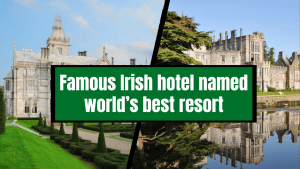 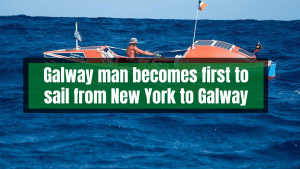