Dublin is a vibrant city and the capital of the island of Ireland. Small in size but packing quite the punch, Dublin marries old-world charm with an air contemporary coolness.

While Ireland is often associated with traditional music, pints of the “black stuff” (aka Guinness), rolling green hills and grazing sheep, there are also tonnes of tourist attractions well worth visiting.

To intersperse the abovementioned typical Irish sights, here are the ten top-rated tourist attractions in Dublin, according to TripAdvisor – a world-leading international review and travel platform.

Located in the original Guinness brewery at St James’s Gate in Dublin 8 is the Guinness Storehouse, a part-working brewery, part-museum experience that just so happens to be one of the biggest tourist attractions in all of Dublin city.

Drawing crowds by the dozen daily, this interactive experience gives its visitors a unique look into the world behind the iconic gates at the Guinness brewery. You’ll even get to pour your own pint, too!

Located on College Green in the beating heart of Dublin city is Trinity College. This world-leading university has been an emblem of Dublin since its inception in 1592.

The university is rich in neo-classical design and sprawls over green grounds and impressive courtyards in the centre of a buzzing city.

It is also home to a series of museums, performance spaces and it even houses the Book of Kells, an ancient Christian manuscript which dates all the way back to 800AD.

8. Glasnevin Cemetery Museum – for the past

This is eight on the list of Dublin’s top-rated tourist attractions, according to TripAdvisor.

Located in the suburb of Glasnevin, not far from Dublin city, this cemetery offers public tours and as well as permanent exhibits in the museum space.

This attraction is key for those looking to gain a little further insight into Dublin’s history and the 1916 rising.

Located in Dublin 8, this whiskey distillery is of one of Ireland’s leading, inherently local whiskey products: Teelings.

The museum is a massive tourist-attraction too, according to TripAdvisor, who have listed the distillery as seventh on its list.

With fully guided tours daily, visitors get a rare opportunity to see behind the curtain at Teeling Whiskey Distillery.

Not far from Dublin’s city centre is Phoenix Park, the largest enclosed city park in Europe.

With endless green fields, unlimited trials and walks, the Dublin Zoo and Áras an Uachtaráin (the President of Ireland’s residence), there are tonnes of sights in this mega-park.

Come by at dawn or dusk and see wild deer grazing at twilight! Picnics are advised – you can thank us later.

EPIC The Irish Emigration Museum is awarded at the fifth top-rated tourist destination in Dublin, according to TripAdvisor’s list.

This is one of the newer museums on the Dublin scene and has been turning heads and selling tickets since its inception.

The hugely immersive and interactive experience offers visitors a chance to trace Ireland’s diaspora and their impact across the globe.

4. The Little Museum of Dublin – the all-rounder

This people’s museum is located in a charming and quaint 18th-century Georgian townhouse opposite St. Stephen’s Green.

There are multiple exhibits in this space including one dedicated to the 1916 rising and Ireland’s fight for independence, as well as the historic visit of  John F. Kennedy, the 35th president of the United States, to Dublin.

Sitting on the bottom of Grafton Street, in the heart of Dublin city is the Irish Whiskey Museum. This makes for a great addition to a day of sightseeing in the city, due to its central location – it is literally opposite Trinity College.

The museum offers guided tours and tastings into the libation of a nation which is celebrated worldwide.

Located on the outskirts of Dublin city is Kilmainham Gaol, a city-gaol bursting at the seams with history and character.

The guided tours are some of the most sought-after in the city, so make sure to book in advance. Kilmainham Gaol is massively significant in Ireland’s fight for independence.

Sitting in first place on this list of Dublin’s top-rated tourist attractions, according to TripAdvisor, is the Jameson Distillery on Bow Street.

Nestled on a side street in Smithfield – one of Dublin’s most upcoming neighbourhoods – the Jameson Distillery offers daily tours which trace the iconic brand’s history, with a few tastings along the way. 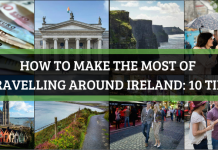 How to make the most of travelling around Ireland: 10 tips 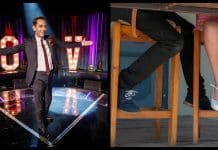 What’s on: Top 10 Valentine’s Day events in Ireland this year 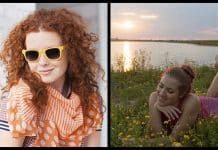