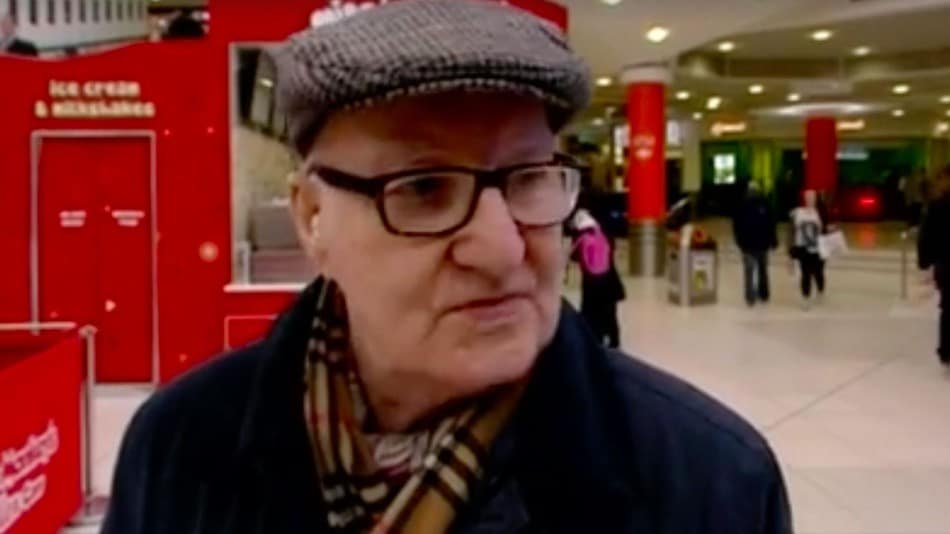 What is it about the Irish? It’s like we have all these words in both the English and Irish languages and we just have to use them; it’s as if we are taught as infants to never use the same word twice, especially if you’re trying to curse someone or put someone down.

Then, of course, we are expert at taking the Queen’s English and completely ripping it apart then putting it back together in a way that would have Shakespeare reaching for his dictionary while simultaneously spinning in his grave.

In this feature article, journalist and self-proclaimed wordsmith Ger Leddin takes a “deep and meaningful” look at some of the best examples of Irish curses.

Ok. First off, what exactly is a curse? Well according to the dictionary it’s “the expression of a wish that misfortune, evil, doom, etc., befall a person, group, etc. A formula or charm intended to cause such misfortune to another and the act of reciting such a formula.”

Now, the English are fairly good at using their own language — they should be, after all, they did invent it. And the Americans have added their own twists to English swear words, but neither of those two nations can hold a candle to the Irish when it comes to actually wish harm on someone. Perhaps it’s our ancient belief in pishogues, ancient sorcery and witchcraft?

Anyway, let’s take a look at some notable curses, starting with the most popular.

Although Feck is derived from the other more vulgar swear word which also begins with an F and ends with a K, In Ireland it is used so frequently that it has almost evolved in to a term of endearment — as in a mother turning to her male child and saying “c’mere you little fecker ’til I hug you.”

But perhaps if the mother mentioned above was more cognizant of the origin of the word perhaps she might think twice before employing its use.

You see, Feck also known as the good F-word and used to express emotions as diverse as annoyance, impatience, surprise or even as above, affection is a 1990’s euphemistic substitute for the bad F word which also ends with a K, yeah, you know the one, which has an etymology dating back hundreds of years to early Germanic dialects — German ficken (to fuck); Dutch fokken (to breed, to beget); dialectal Norwegian fukka (to copulate)

“There’ll be heat to your arse yet,” I must say is one of my favourite ways in Irish slang to either insult or place a curse on someone, all in one breath.

More used in County Kerry than anywhere else on the island, the phrase can be used as either a threat, as in spanking a child or if used to an adult a wish that he/she will end up in hell.

A fairly handy phrase to learn especially as while the recipient is trying to work out what you mean you can be making your swift getaway.

Now I don’t really have a clue as to who Mr Doran was or exactly what caused the early demise of his ass.

However, I can imagine that this particular ass did not go gently in that night but in fact suffered a slow and painful death.

To wish this on someone could be considered exceptionally nasty, and perhaps should be uttered from a safe distance.

4. “May the lamb of God stir his hoof through the roof of heaven and kick you in the arse down to hell”

When you delve deeper into Irish insults, the first thing you notice is that heaven and hell feature prominently.

If you were wishing someone well or thanking them profusely, you might say “may you be in heaven an hour before the Devil knows you’re dead.”

But the above curse can only be taken to mean one thing and not a very pleasant one at that.

5. “May you marry in haste and repent at leisure.”

Curses like: may you have the runs on your wedding night, or may you marry a woman that blows wind like a stone from a sling would be common enough in the West of Ireland.

As Flan O Brien once wrote, “The average English speaker gets along with a mere 400 words while the Irish-speaking peasant uses at least 4,000.”

Perhaps the reason we as a nation are so good at cursing is due to the fact that we have in our heritage two languages with which to impart a curse with.

Anyway, there you have it; five fairly common curses that can you can use — from a safe distance — to wish your enemies ill.

Other great Irish insults include:

6. You’re as thick as manure but only half as useful.

7. A face that would drive rats from a barn.

9. When you were born you were so ugly the nurse slapped your mother.