When you hear about Portlaoise, most people think of the hospital or the prison, a modern practical commuter belt town off the motorway. When you look a little closer to explore the bustling cobbled main street or the peaceful country lanes, you might find it’s actually a hidden gem in the heart of Ireland with a rich, vibrant tapestry of history just waiting to be explored. 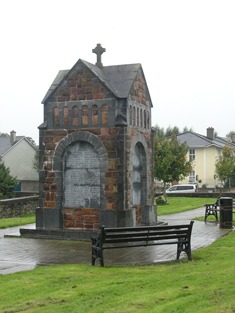 Located in Mill View just off the town centre in a small park stands the fine red brick and grey stone war memorial. Erected in 1828 it was relocated to its current location Mill view Memorial Park in 2001. The monument commemorates the men of the 4th Battalion Queens County Regiment of which 177 gave their lives in World War One. The Memorial Park is a peaceful, poignant spot with benches and trees it’s the perfect place relax, read a book, have a picnic or just to reflect and have a moment to yourself.

Although technically not in Portlaoise town itself but in the little picturesque village of emo ten minutes, away Emo Court House and Gardens is the closest some of us mere mortals will ever get to the Downton Abby lifestyle. From the magnificent mile, long Sequoia lined avenue to the imposing columned entrance Emo Courthouse is everything you could want from a historic country house. Designed in 1790 for the Earl of Portarlington by architect James Gandon whose work includes the Custom-house and the four courts in Dublin, the house is set spectacular gardens with a manmade lake and parkland. You can immerse yourself in the luxurious interior and history of the house by taking a guided tour which is available daily from March to September.

The gardens and parkland are open free all year round to the public and are especially popular with dog walkers and families. Spring is definitely one of the best times of year to visit as the gardens are a riot of beautiful colours and inviting fragrances. While you’re enjoying the meandering paths and lovely scenery why not spoil yourself and enjoy some tea and homemade scones in the quaint tea rooms located in the grounds of the house. 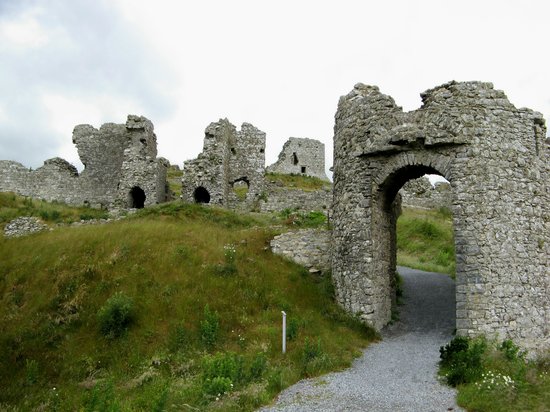 On a rocky outcrop on the outskirts of Portlaoise stands the ruins of the once majestic fortress that was Dunamase Castle. A brooding sentry over the rolling hills and fields the view from the top is like no other. On a clear day, you can see for miles in any direction but even on a wet grey day strolling around the ruins is like entering another world. The remains of the stone walls, arches, and arrow slit windows pull you in the romantic and turbulent history of the castle.

Built in the 12th century the castle was the dowry of Aofie Mc Murrough who married the Norman conqueror Strongbow. It was this union that paved the way for the Normans to invade Ireland The Castle passed down the family line and eventually passed into the hands of the O Moore’s who abandoned it and by 1350 the castle had become a ruin. Dunamase Castle is memorialized in the 19th-century poem ” Transplanted ‘by William O Neill. The castle is free and open to the public during daylight hours. It is truly an inspiring place to visit.

If you fancy some criminally good art, culture, history, and entertainment, then Portlaoise has the place for you. Housed in the original Maryborough jail attached to the courthouse which was built in 1782 the Dunamaise Art Centre is a unique venue. A splendid period building houses a clean, modern interior. It’s incredible to think this light, bright, welcoming space has such a deliciously dark history.

The locally infamous highwayman Jerimiah Grant was incarcerated here and executed by public hanging right outside in August 1816. The staff is always friendly and helpful ready to captivate you with stories of the history of the building Be entertained by the fantastic shows in the theatre, appreciate the diverse art on display in the gallery space or just bask in the novelty of having a coffee in one of Queens Counties oldest buildings.

1. The Old Fort of Maryborough 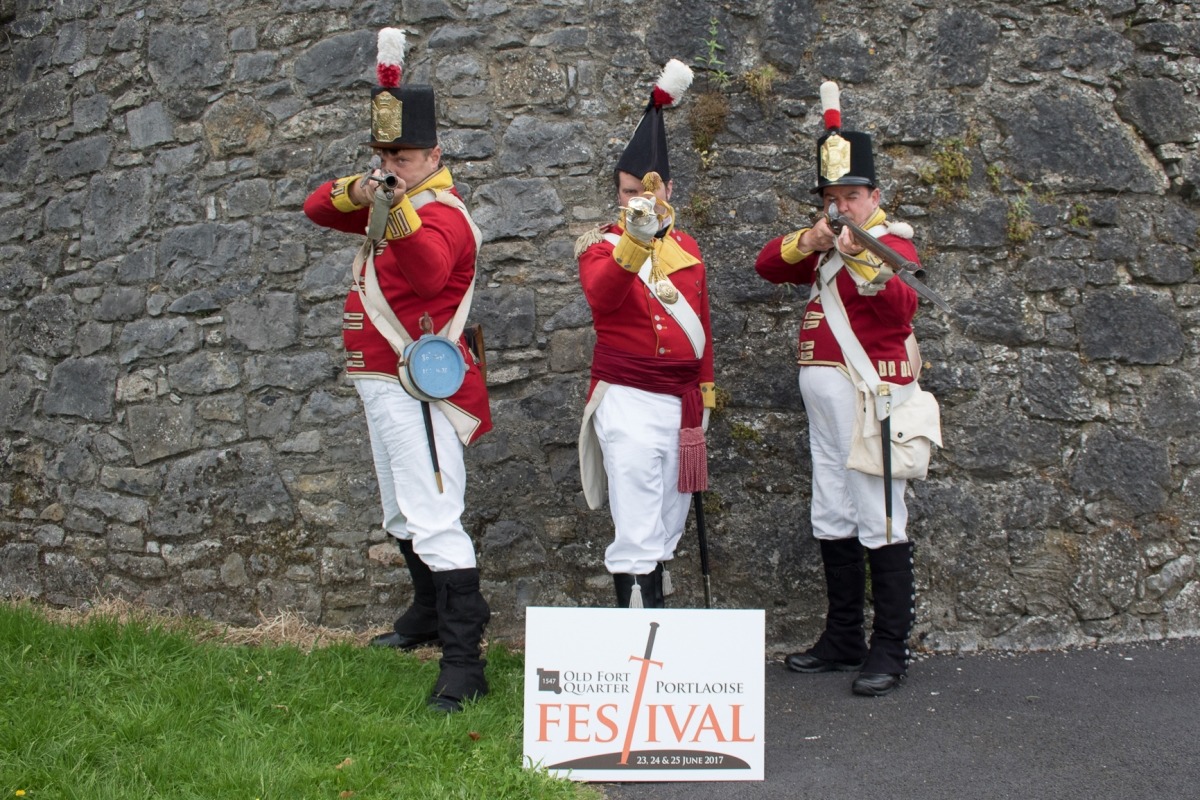 The top historical hotspot of Portlaoise has to be awarded to the town of Portlaoise itself. Originally a settlement around a 16th-century fort this town is living breathing history. The very walls of the fort which was named fort protector and subsequently renamed the fort of Maryborough are still present in the town today. The fort was built around 1560 by English settlers. It was the scene of many battles between the settlers and local Gaelic chieftains. Although battles no longer rage in the ruins of this fort, it is still a hive of activity especially in late June when the local Old Fort Festive is held.

A family-friendly festival celebrating the distinctive heritage of this beautiful town. For three days in the shadow of the ancient walls, you can enjoy live music, gastronomical delights, historical walks, talks, and demonstrations. Unleash your inner warrior and try on some chainmail of weld a 16th-century sword for old and young alike it’s a great day out.