Nestled amidst the rolling drumlin hills of the border region lies the undiscovered gem of County Of Monaghan.

The place has a rich and varied history stretching back thousands of years from the time of the Celts, to Anglo-Norman invasions.

Monaghan has a rich tapestry of places to enjoy from the homes of literary legends, ancient castles, and believe it or not, bog snorkelling.

Also known as the Farney County, there is no shortage of activities that will be sure to provide you with fun-filled and action-packed times. 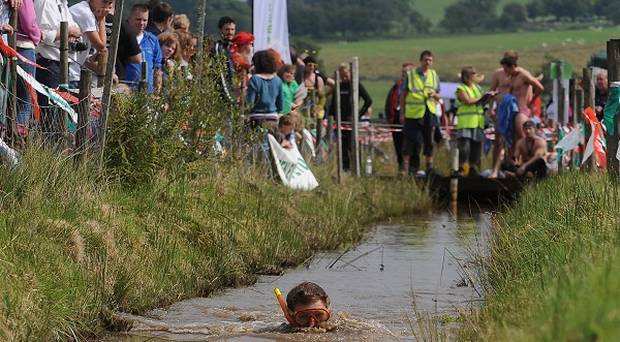 Monaghan has the unique badge of being the first place in Ireland to take part in the sport of bog snorkelling.

From its early origins, the bizarre sport has gone on to take on a world of its own culminating in the inaugural Irish bog snorkelling championships.

Participants snorkel along a 60-meter track of bog whereby the fastest to finish line is declared the winner. An unexpected benefit of taking part in this pursuit is that apparently, the mud is an excellent moisturiser for your skin and your hair. 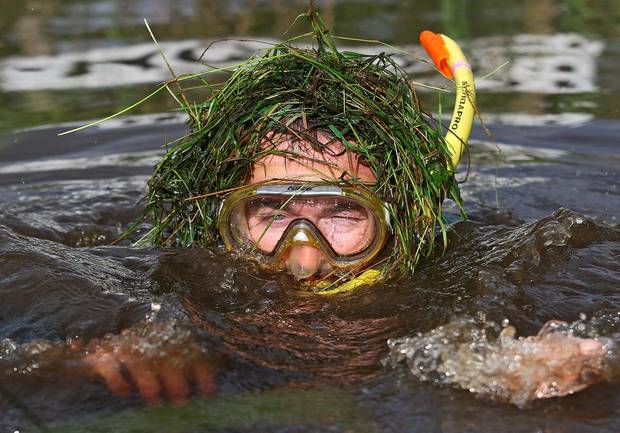 While Monaghan has never won an All Ireland title at football or hurling the county certainly has a few bog snorkelling champions. 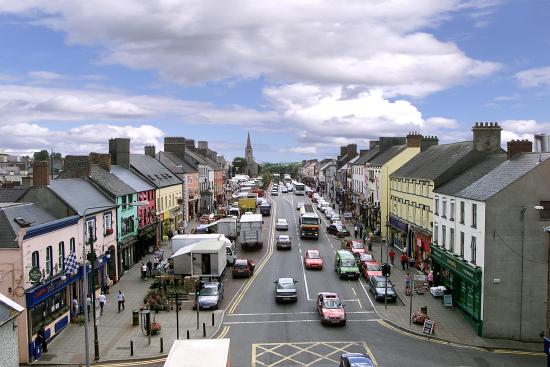 A visit to the town of Carrickmacross will almost certainly provide you with many hours of fun-filled entertainment. While here you should visit the Carrickmacross Lace Center which showcases the world famous lace that has graced the wedding dresses of Princess Diane, Kate Middleton, and many more.

Drop into the Court House Restaurant the award-winning Michelin Star eatery that will leave you salivating at the mouth. Take a look inside the impressive Saint Joseph’s Church and amaze at the stain glassed windows which were designed by the world renowned Harry Clarke.

The town also features several historical sites such as the old famine workhouse and famine grave sites such as Bullys Acre. At Magheross Graveyard you’ll marvel at the Pirate like Skull and Cross Bones that are etched into one of the old headstones.

Carrickmacross Is also the burial place of Patrick Byrne, the blind harper, whose sweet musical touch filled the halls and palaces of the royalty during the 19th century. If you’re feeling thirsty after all of that why not take a break and drop in for a quick pint in one of the towns 17 pubs. 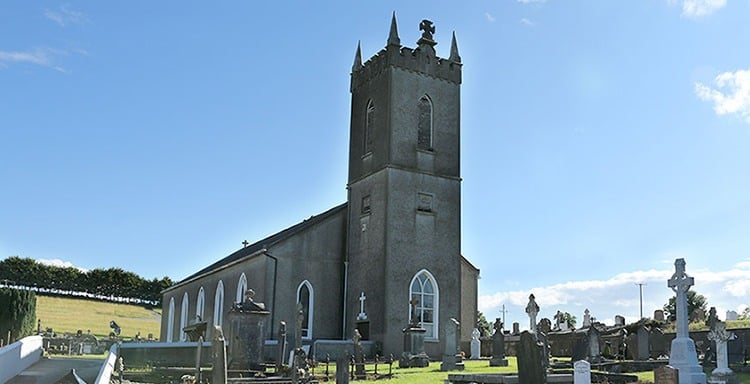 In Ireland, there are few songs more iconic than the legendary On Raglan Road, but what some people don’t realise is that the song was originally a poem that was written by a Monaghan man from Inniskeen, ones of Ireland’s most revered poets, Patrick Kavanagh.

While in Monaghan you should visit the Patrick Kavanagh Resource Center in Inniskeen where you’ll be given a guided tour of everything Kavanagh related. A short distance away you can take a trip to the birthplace of the revered poet.

While you’re at the location take a look at the ancient round tower and old monastery that sits in the centre of the village.

Moreover, why not take in the fantastic scenery of the Fane River which flows through the area, and who knows, you may be inspired to coin your version of, “On Raglan Road of an Autumn Day I met her first and knew. That her dark hair might weave a snare that I might one day rue. I saw the danger yet I walked along the enchanted way.”

Castle Leslie in the Glaslough area of Monaghan is a location that is steeped in history. The Castle itself is magnificent with superb ornaments and decorations on the inside and outside. The surrounding grounds boast some beautiful walks, woodlands, and lakes.

If you are into Horse riding than Castle Leslie provides an excellent equestrian centre.

However, beware if you intend to stay overnight in the Castle because allegedly there is a ghost that resides in one of the rooms, but fear not, because this ghost is a friendly ghost who only shouts if you get too noisy during your stay! So keep it down!!

Castle Leslie is also the place where Paul McCartney and Heather Mills got married during their ill-fated union. The castle was also the home of the legendary Sir Jack Leslie who was still frequenting local nightclubs when he was well into this 90’s. For his 85th birthday, Sir Jack flew out to Manumission nightclub in Ibiza where he danced the night away on stage in front of 10,000 party-goers. 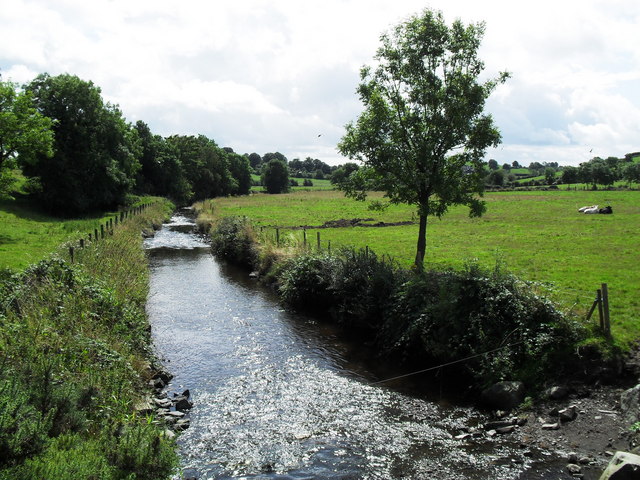 The Monaghan way is a long distance walk that takes in over 40 miles of some of the most picturesque scenery in Ireland. The walk begins in Monaghan town and goes east towards Clontibret and Castleblayney and ends in Inniskeen.

Mullyash Mountain standing at some 1,000 feet is the highest point of the trek, and when you stand at the summit, you’ll be gifted some gorgeous views of the surrounding countryside.

Once you hit Castleblayney, you’ll be afforded some breathtaking vistas of Lough Muckno and Hope Castle. The section between Lough Muckno and Inniskeen, in particular, has some panoramic views that will live long in the memory. The Monaghan Way is a must do if you intend to visit the Farney County. 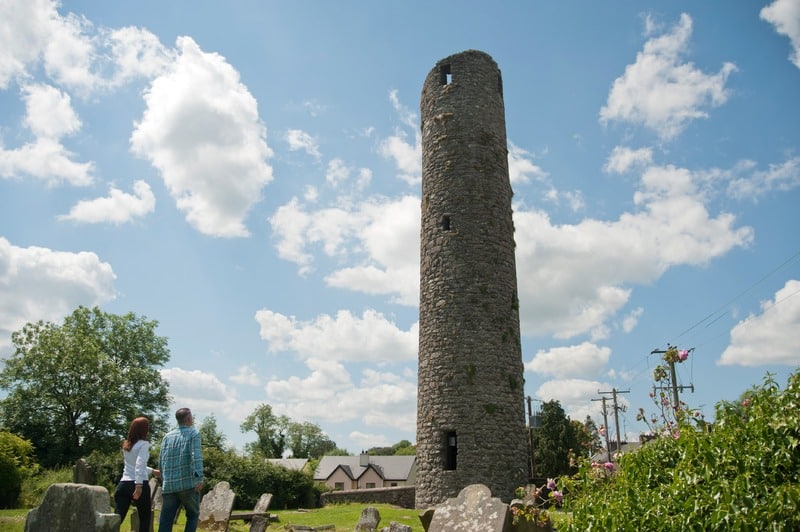 At Clones, you will come across the ruins of a 12th-century Monastery and also a round tower that was built during the 9th century. Remarkably, standing in the very centre of the town there is a 10th century Celtic Cross which still maintains much of its former glory.

Clones, is also the home of Alexander Pearce a notorious convict who was banished to Van Diemen’s land in the 19th century, managed to escape, and then he proceeded to eat his fellow escapees. 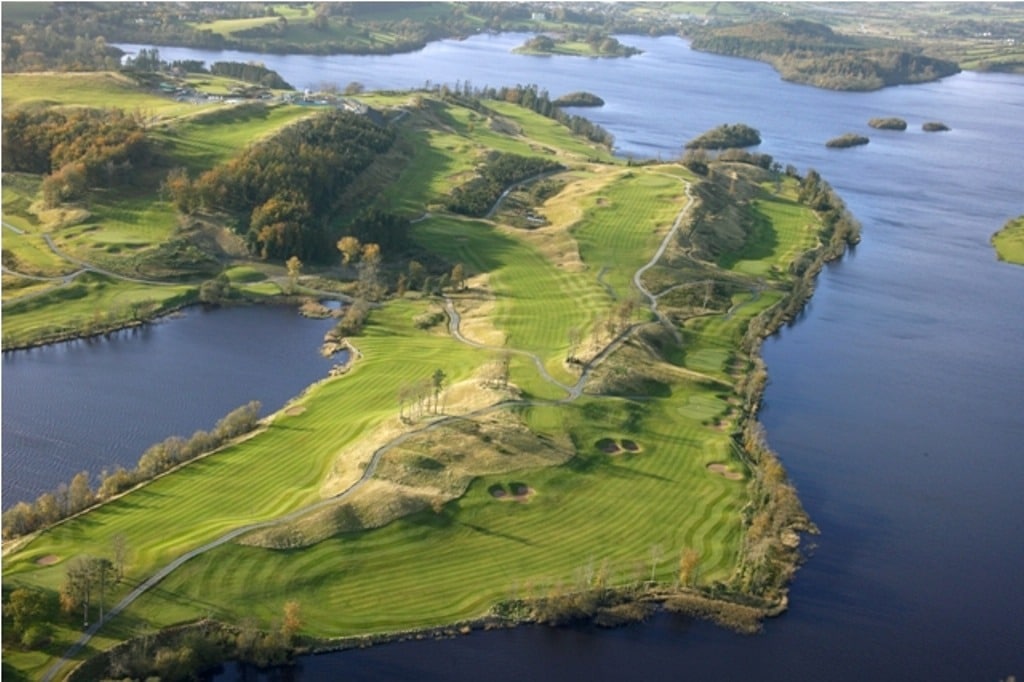 There are so many lakes in County Monaghan that the last persons to try and count them all still hasn’t come to a final figure.

However, with lakes comes some superb fishing and Monaghan has some of the best course fishing and trout lakes in Ireland.

All in all County Monaghan is must visit for any real traveller.

This article was written by Seamus Hanratty of Content Writer Ireland and Secret Ireland.