Greystones is a seaside town and one of the best places to live in Ireland, situated on the east coast of Ireland which offers some stunning seaside views. Aside from the views, Greystones is brimming with restaurants, cafes, historical sites and entertainment. Without a doubt, there’s something for everyone here.

This lively town is only a 40-minute drive from Dublin City Centre and a great Dart service that goes every 30 mins on weekdays which means that there’s no excuse for you not to visit this Irish gem.

Charge up your camera batteries, put in a new memory card and delete those old blurry photos off your phone because you’ll be taking incredible photos all day here.

To get the most out of the scenic views along the coast, it’s a great idea to take an earlier Dart and get off at Bray. From the Bray Dart Station, it’s about a 2-hour walk along the coast and the Dart line to the starting point of this beautiful walk.

The views are jaw-droppingly gorgeous even on a cloudier day. After a recent gorse fire, a World War II “EIRE” sign was discovered on the trail. Locals from Greystones and Bray quickly jumped on the opportunity to restore the sign, and now it can be seen clearly from above and on the ground.

It is very worthwhile to visit it on your walk and witness a piece of rich Irish history. The walk itself is family friendly, and if you’re more active, you can jog or run it. 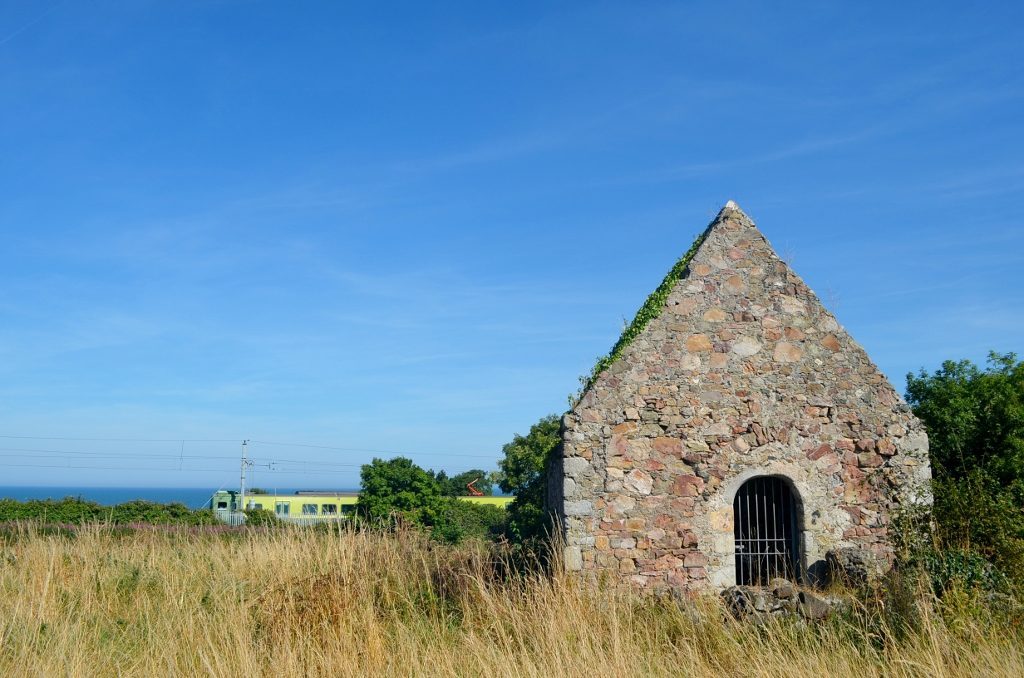 St. Crispin’s Cell, located in Rathdown Lower, is one of the historical sites in Greystones. The chapel is easily accessed by the rail crossing from the cliff walk.

It was built in 1530 AD as a chapel for the nearby Rathdown Castle. The Rathdown Castle is no longer there, however, the chapel still stands strong. The chapel has a rounded door, and flat window lintels and the architecture of the chapel appears to have been altered in the 1800s. Now the chapel is protected by the state.

There’s an information plaque so you can read more about this site and a park bench for those who want to rest or eat after the cliff walk. 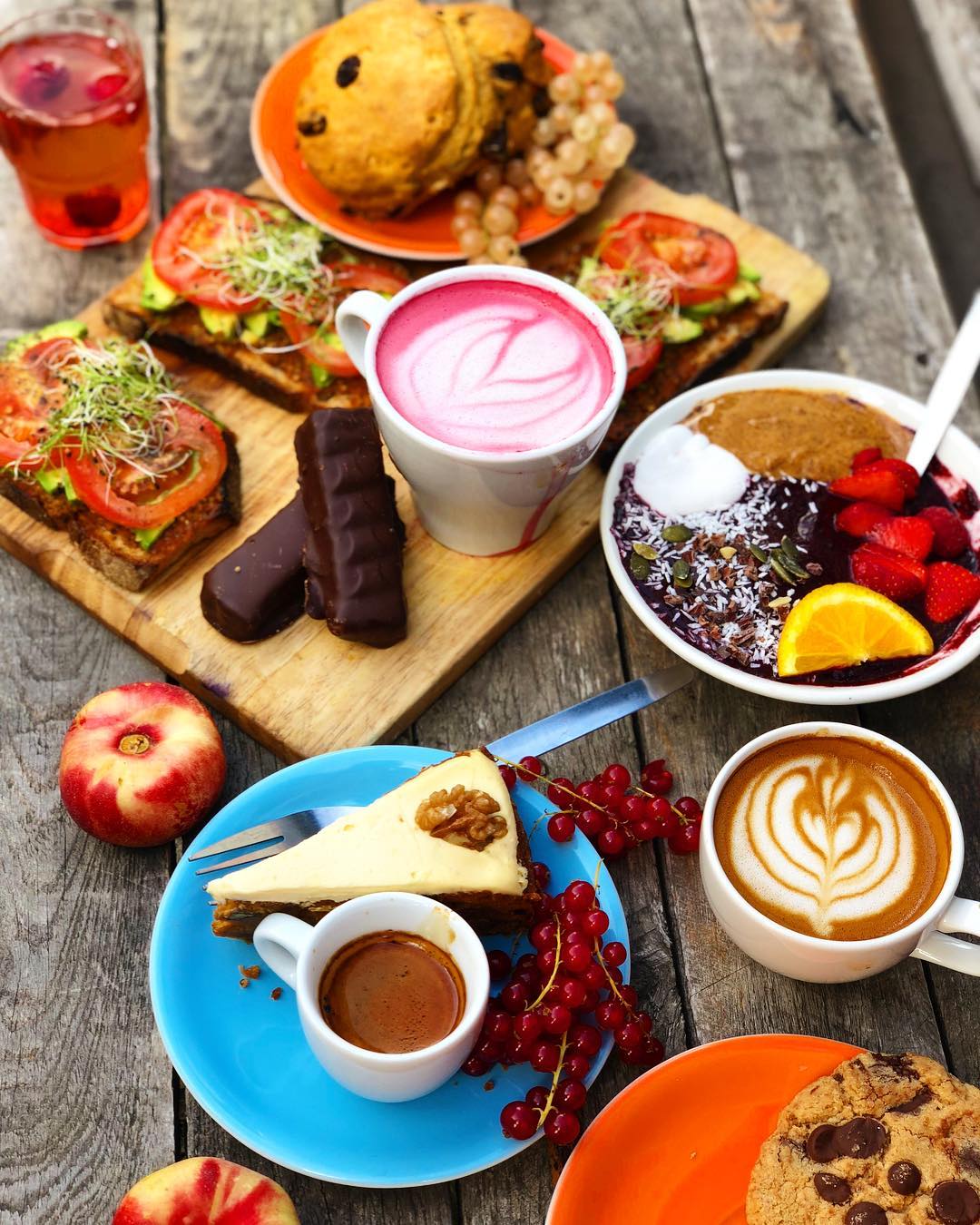 The food scene in Greystones is vibrant, to say the least. You can check out popular places like ‘The Happy Pear’ which was recently mentioned in the critically acclaimed Netflix show ‘Somebody Feed Phil’ or ‘The Hungry Monk’ which Bono and Mel Gibson have dined in.

For the best traditional Fish and Chips, we highly recommend Joe Sweeney’s Chipper in the harbour.

Ultimately, the best thing to do is walk down Church Road and pick what tickles your fancy on the day because every place has delicious food.

The newly refurbished Whale Theatre, located on a suitably named Theatre Lane, has been open since September 2017.

The venue has 130 seats and a state of the art sound system. There are regular movie screenings organised by the Greystones Film Club.

Small drama organisations, singing groups and comedians also perform at the theatre regularly. For those travelling by car, the car park in Meridian Point is ideal and only costs €3 from 6pm to midnight. The bar is also open from 7pm on performance nights to one hour after the show.

Greystones’ cove and beach have made it an ideal holiday destination and the perfect place to relax, soak up some sun rays and have a swim in the Irish sea during summer.

There’s nothing more magical than walking down to the cove in the sunshine.

If the kids don’t fancy a swim, there’s a playground located outside one of the exits from the beach.