Ireland Before You Die
Home Do and See Beautiful sites TOP 5: things you MUST experience in Co. Meath
264
SHARES
ShareTweetWhatsappPinterestMail

Meath is one of Ireland’s most historical counties with some fantastic attractions. Here is our selection of the top five things to do here.

Declared as ‘the most consecrated spot in Ireland “by key figures in the Revival, it is said that a quarter of the landscape of Ireland can be grasped from this hill. It is often seen on the list of the sacred destinations due to its status since prehistoric times. Tara Hill played a key role in the history, legend and folklore of Ireland. Roman artifacts dating from the early centuries have been located here and it is said that St. Patrick visited Tara Hill in the 430s AD. The site continued remaining as a center of heritage and political history throughout 18th and 19th centuries. It is now still being explored by archaeologists and visited by many along with near-by monuments.  All year around admission is free.

Slane is situated on the River Boyne in the hill-side estate and you cannot help but notice its elegance from afar.  Slane is an ancient village, filled with colourful and grand Georgian houses. The village is widely known for the Slane Castle which has been Conyngham’s family home since 1700. Now, the castle is run by Sir Henry Mountcharles, who inherited the castle and has been hiring it out as a venue for concerts since 1981. The Hill of Slane, which oversees the Castle, it is here St. Patrick did his paschal fire ritual, after which he was motioned to do by the High King, and Ireland was allegedly converted to Christianity as its main religion. Another attraction is four large houses opposite each other at the crossroads in the village. One story suggests the houses were built for four sisters who couldn’t stand one another.

3. Battle of the Boyne Visitor Centre

The Battle of the Boyne site can be explored by visiting a local centre, which sits in the renovated 18th century Oldbridge House on the site of a famous historic battle in the 17th century. The battle between two kings that happened here on 1 July 1690. On the banks of the River Boyne, two rivals, King James II and William III (who happened to be his son-in-law), clashed with drastic consequences. The nearby trail takes guests through King William’s Glen. It there Williamite troops were finally conquering at the Battle of the Boyne. 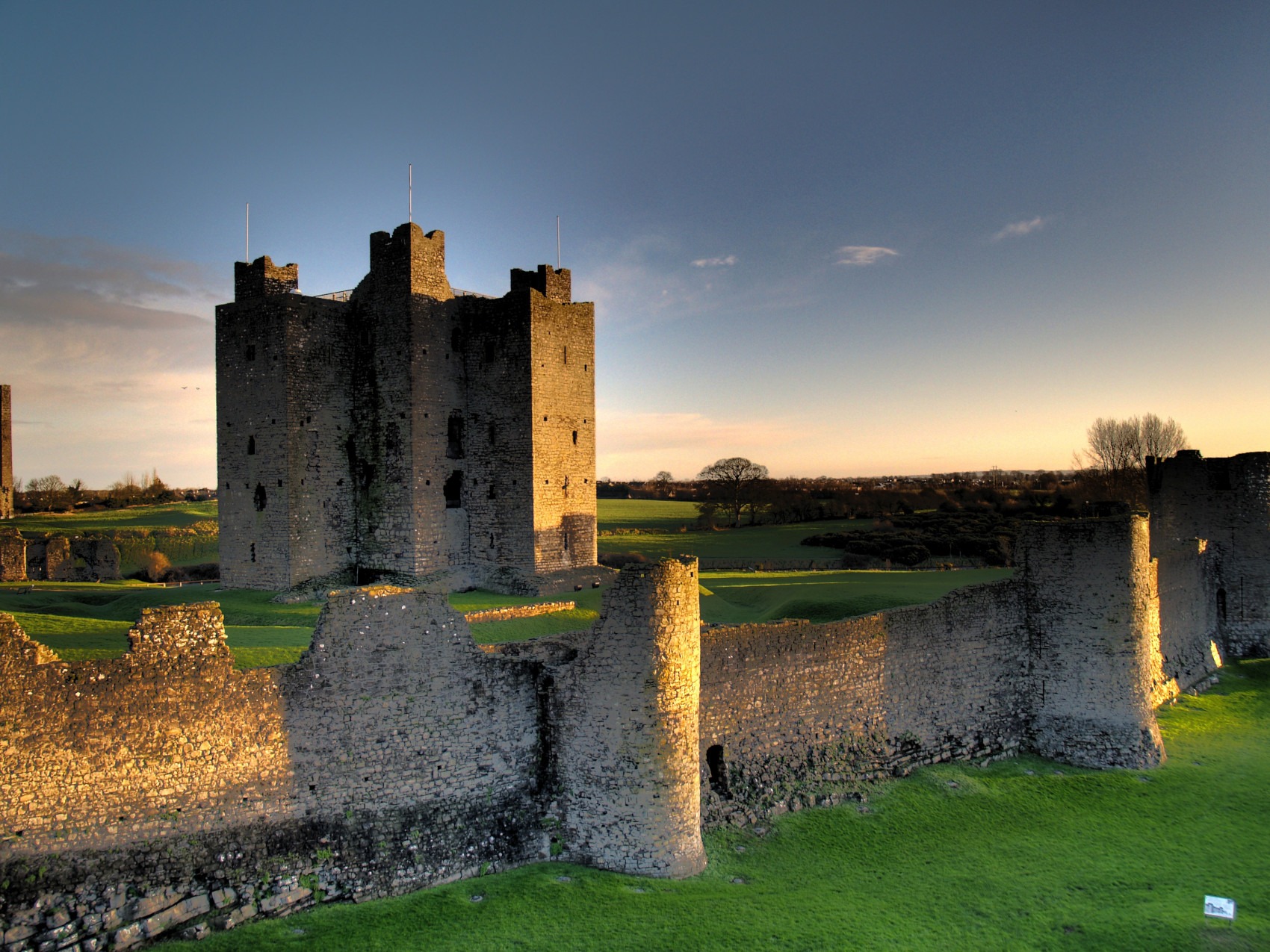 This castle is probably most famous now as being the location for the movie “Braveheart” in 1994 starring Mel Gibson. This has put Trim on the map worldwide. The castle is the largest Anglo-Norman castle in Ireland, it took 30 years to build and the start of the construction is dating back to 1172 by Hugh de Lacy. So, it is not for the faint hearted, mind you the views topside are fantastic, you can see as far as the Hill of Slane and Tara. It is now owned and managed by the Office of Public Works. Access to the castle itself is by guided tour only. The tour is great and it takes you through this cleverly designed and well preserved ruin. You are taken right up to the roof for fantastic views via walkways set within the original castle. There are many cafes on the doorstep just in case you just want to admire the castle from afar whilst enjoying a snack. It also a very popular site to photograph.

Newgrange is a shrine known to archaeologists as a passage-grave and was constructed more than 5000 years ago, which predates the Pyramids of Egypt. The intent of this construction was probably to mark the beginning of the new year. Newgrange is best known for the enlightenment of its passage and cavity by the winter solstice sun. Above the entrance to the passage at Newgrange, there is a hollow space, called a roof-box. Its purpose is to allow light to penetrate the chamber on the shortest days of the year, around December 21, the winter solstice. At dawn, from December 19th until 23rd, a thin ray of light enters the small space above main entry and spreads the floor of the room, gradually extending to the rear. As the sun rises higher, the ray of light widens within the chamber so that the whole cavity becomes intensely lit up. This occurrence lasts for an approximately quarter of an hour, beginning around 9am. Newgrange has been open to the public since the late 17th century. Knowth is a composite of ancient passage tombs to the west of Newgrange. Dating back to as far as 3000BC, the site comprises of a big central hill surrounded by smaller hills. The tours to both can be arranged from the nearby Bru Na Boinne Visitor Center and the number of the daily visitors is limited. 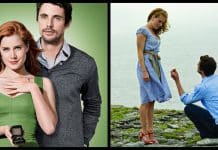 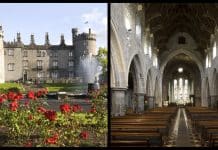 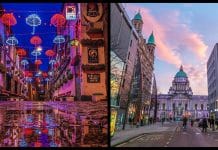