Ireland is known for its breath-taking views, and Ballina is no exception. A town in the north of Mayo and known as the salmon capital of Ireland, Ballina is the gateway to the West of Ireland and the heart of the Wild Atlantic Way. It’s Mayo’s largest town.

For anyone looking for beautiful sites then look no further. From scenic walks to stunning beaches, Ballina has it all.

5. The Monasteries of the Moy Greenway

The Great Western Greenway in County Mayo is a 42km trail, which follows the route of the now non-operational Achill to Westport railway line and offers stunning views of Clew Bay and its surrounding landscape.

The Monasteries of the Moy is a 14km route, which forms part of the Western Way linking a series of monastic sites which grew up along the banks of the River Moy between Ballina and Killala. The route is suitable for cyclists, walkers and joggers.

The 4km stretch from Belleek Woods to Knockatanole starts from just past the Ballina Town FC football club and the Connacht Whiskey Distillery. It makes for a beautiful walk and cycle.

The Greenway loosely follows that path of the River Moy and passes close to a plethora of 12th-century monastic ruins.

The proximity of six well-preserved monasteries nearby the route is what gives the Greenway its name. 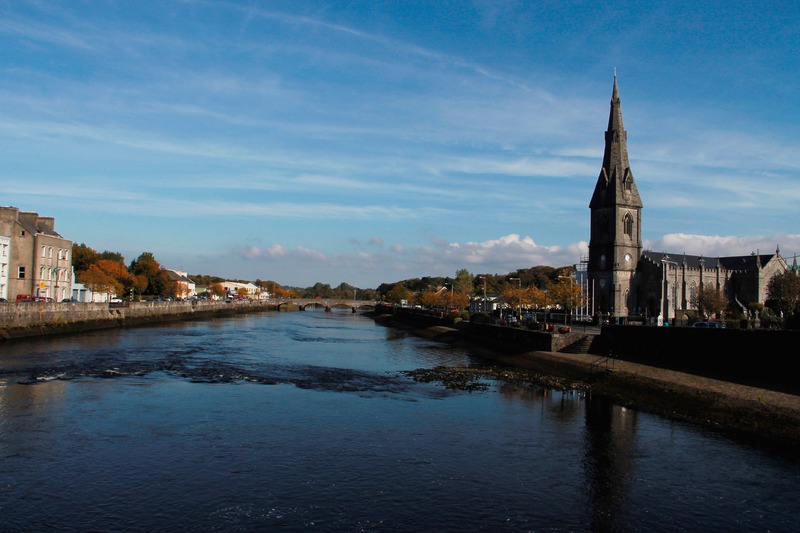 This riverside cathedral is stunning in the evening when, along with the streetlights, it reflects off the water.

Built in 1827 it is a feature many associates with the town of Ballina. Located on the bank of the famous River Moy this tall cathedral is awe-inspiring standing out in the skyline.

The inside is just as beautifully built as the outside. It makes for a beautiful picture of Ballina town, and it makes the town instantly identifiable in photos. 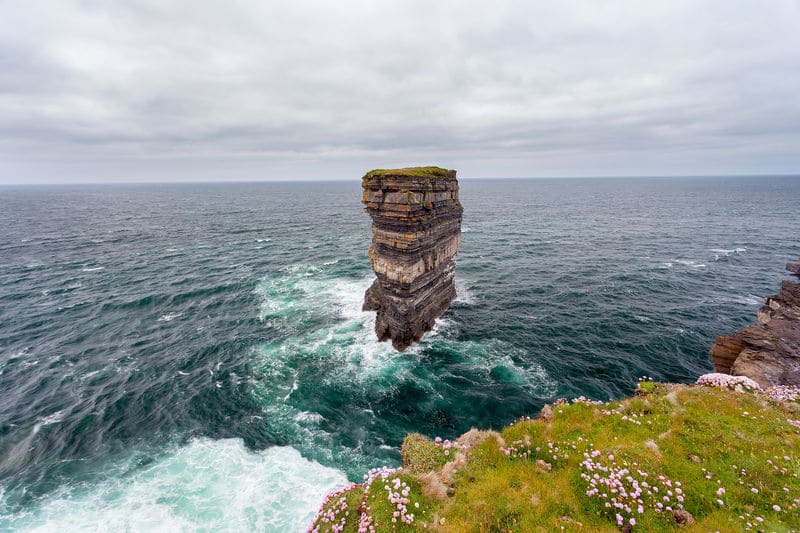 A 30-minute drive away from Ballina is Downpatrick Head, a majestic heritage site found about 5km north of Ballycastle village.

Jutting out into the ocean and rising almost 40m above the waves, it provides unparalleled views of the Atlantic, including the unique collection of islands known as the Staggs of Broadhaven.

You can also spot the nearby Dún Briste sea stack, with its different coloured layers of rock and nesting seabirds.

In addition to the natural scenery and wildlife, Downpatrick Head is home to the ruins of a church, holy well and stone cross, which together mark the site of an earlier church founded by St Patrick. Ireland’s patron saint is also honoured with a statue that was built in the early 1980s.

Given its religious associations, Downpatrick Head was once a popular destination for pilgrims, who came here each year on the last Sunday of July, known as ‘Garland Sunday’. Today that tradition lives on, and mass is still celebrated at Downpatrick Head on that same day.

Moy Valley is another ideal walking venue, featuring several themed walks with a Great Famine Walk at Bonninconlon, the Sculpture Trail which starts in Ballina, The Western Way and the Foxford Way.

The Sculpture Trail is Ireland’s largest public arts project, and it features site-specific sculptures in places ranging from a disused quarry to sand dunes and agricultural land.

Road signs mark all of the sculptures. The various sculptures were established along the trail in 1993.

This was the year of Mayo 5000, which was a year-long cultural celebration, which was inspired by the surviving human imprint in earth and stone on the Mayo landscape over fifty centuries.

The sculptures to be found on the trail are stunning, such as a giant anchor made of stones and laid out over a whole field in Ceathru Taidg. It’s a very interesting, scenic route to walk.

Nephin Mountain is the second highest mountain in Connacht. Nephin means ‘heavenly’ and the views you can get from it are no contradiction to the name.

This is a special walk to do if you’re looking for some spectacular scenes. Nephin mountain walk produces some amazing views.

The total distance of the walk is about 4 hours, so maybe not for the faint hearted but the view at the summit will make it worth your while. Make sure to charge your phone for plenty of pics.

As with any walk plan your route carefully and give yourself plenty of time to get back to your car before dark. Along the route, from your advantageous vantage point, you can soak in all the beauty Mayo has to offer.