Situated just at the mouth of the river Boyne, Drogheda’s name as Gaeilge is ‘Droichead Átha’ which carries the meaning of the bridge of ford. It was originally founded by Anglo-Normans by the river at the end of the 12th century. This can still be seen as the river Boyne runs directly through Drogheda separating it. Drogheda is also famous for having been a walled town and parts of this wall are still standing today.

Drogheda is the largest town in Ireland it should traditionally be considered a city as it has more than two cathedrals. With a town of over 40,000 people, one can understand the sheer number of places to visit in the town including historical sites including Magdeline Tower, St Peters Church, Millmount Museum two shopping centres, Scotch Hall, The Lawrence Centre and of course amazing pubs.

Drogheda nightlife is a hidden gem, with over 50 pubs, two nightclubs and dozens of restaurants there is always something to do. Here are our top 5 pubs that you need to visit before you die.

Cagneys is situated at 3 Dyer Street. Although only a small pub, with an average exterior, one could easily walk by, Cagneys offers a variety of stouts, ales, and beers from varying countries around Europe and the world also with an excellent cocktail menu at a reasonable price. The service and product is top notch the main grab here is the beer garden which sits directly looking onto the Boyne and catches the sun perfectly during the golden hour.

The Black Bull is not only great for after work drinks with friends, but it also houses a family-friendly atmosphere and a top-notch restaurant. This mix of atmospheres has allowed the Black Bull to attract a solid customer base for years. Also, during the World Cup Season, it is an excellent spot to check out the match and have a cold one.
The Black Bull is also home to its famous beer garden, something not to be missed if the whether is permitted. 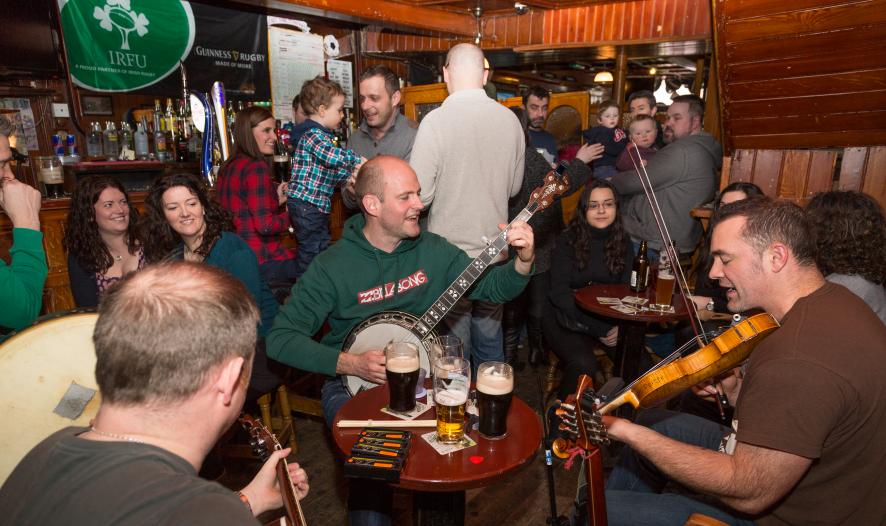 Although a fantastic pub all year round, McPhail’s really shines during the summer months. This mainly is due to its enormous beer garden. During the summer months, there is a table tennis located in the beer garden which is a bonus to any venue. Every Wednesday there is an open mic night free of charge to attend to see some of the local talents, including bands, solo artists, and stand-up comics.

Weavers if I’m honest is a stretch of the term pub, but none the less it is a must see if you come to Drogheda. Located on west street Weavers was once a small pub used by up and coming punk and rock bands to house some independent gigs. Now it has been transformed into a semi-high class bar and lounge with a beautiful beer garden/smoking area. Although stricter with its dress code this allows for the customer to experience the latter side of Drogheda nightlife with a stylish twist. An amazing array of cocktails, gin, wine and beer choices Weavers has something for everyone including some amazing live performances each week.

The Cross which is connected to Drogheda’s famous nightclub, Fusion at 10 George’s St, Rathmullan, Drogheda, Co. Louth. The cross offers a more relaxed vibe to that of its sister club. The cross is famous for its retro style, which includes classic movie posters and album covers that cover the walls. The Cross also has its own cinema which food and drink can be served to. Each week there is a variety of classic films being shown. An out of the ordinary option for a night on the town. The cross is also famous for its incredible gourmet burger selection, which it has won the prestigious award for best burger in Ireland. The cross also run their customer favorite Rock and Roll Bingo and a Monday deal for any burger, drink, and fries for the low price of 10 Euro!