Nestled in the heart of the Midlands, Mullingar has garnered attention in recent years. This is mainly due to the musical talent that has emerged from ‘the Gar’, as the town is often affectionately referred to.

However, there is so much more to this town than just its musical prowess. Like any Irish town, it is steeped in a unique and intriguing history. The stories surrounding Mullingar’s historical sites are interesting and often fantastical, which is the case with many Irish sites. Melissa Cooke highlights the five top historical sites to see in the Mullingar area.

Joe Dolan was a true musical icon and one of Ireland’s most successful musicians of the Showband era. He toured the world and was a source of immense pride for those in his hometown.

After his death in 2007, a life-sized statue was erected in his honour in the Market Square in Mullingar. Although it was only unveiled in 2008, it has become a hallmark of the town and is popular among locals and tourists alike.

The town’s rich musical culture is encapsulated within this statue, which perfectly depicts the charisma that Dolan possessed. The outstretched arm of the statue seems to reach out as if it can touch those glory days of the Showbands and its presence ensures those days will not be forgotten.

Fore Abbey comes in at number four (definitely no pun intended). This sleepy village is a mostly forgotten gem which lies just 15 minutes outside of Mullingar. It is the site of a Benedictine Abbey which is home to the seven wonders of Fore.

The water which does not boil, an abbey built on a bog and the tree which will not burn are just some of these wonders. You can enjoy a relaxing walk around the beautiful grounds of the abbey while exploring its seven wonders.

The nearby “Nancy and Nellie” walk winds up into the imposing but spectacular rolling hills of forestry that encase the partial ruins of the abbey. There is a feeling that you’re stepping back in time when you wander around Fore.

3. Cathedral of Christ the King

This impressive structure dominates the skyline of Mullingar. Regardless of one’s religious leanings, this building is significant in Mullingar because of its position in the centre of the town and also because of its beautiful architecture.

The Cathedral is a symbol of Mullingar and looms over other buildings. It was built to designs by architect Ralph Byrne and the sheer scale and grandiose of the structure is symbolic of the strength and influence of the Catholic Church in the twentieth century. The building was consecrated on 3 September 1939, the same day World War Two was declared.

2. The Hill of Uisneach

This remarkable site was viewed in pagan times as the centre of Ireland. This was seen as a gateway to a mythical Otherworld and the site was extremely important and sacred. The “Stone of Divisions” or “Aill na Míreann” located on the hill was said to be the centre of Ireland and signified the coming together of the four provinces.

The goddess Ériu is buried underneath. The views from its peak are genuinely breathtaking with twenty counties visible to the naked eye. In the past, fires were lit at Uisneach on the first day of May, marking the beginning of the sacred festival of Bealtaine, which signalled the beginning of summer.

This tradition endures to the present day and the festival offers an amazing experience to all who attend. Residing only 14km outside of Mullingar, with guided tours every Wednesday to Sunday at 1 pm each day, Uisneach conveys the amazing and ancient history of the centre of this island. 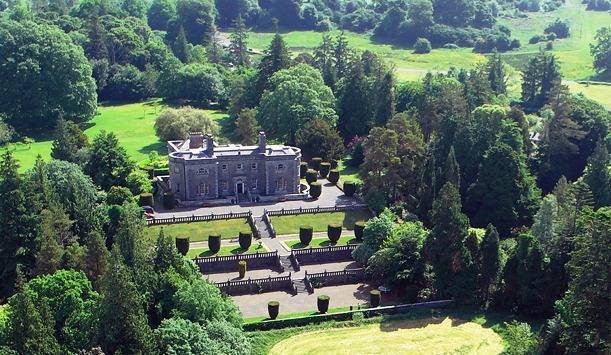 The majestic house and gardens are nested ten minutes outside of Mullingar and the estate hugs the shoreline of the beautiful Lough Ennell. Like many of Ireland’s country houses, Belvedere House has a rich and colourful history etched into its walls. It was built in 1740 for Robert Rochfort, whose actions would garner him the notorious title of “The Wicked Earl”.

The house is central to a family history littered with tales of envy and adultery, well worth exploring with a visit. One unique structure within the grounds is the ‘Jealous Wall’ which was erected on Robert Rochfort’s orders to shield his eyes from his brother’s manor.

The house also offered inspiration for Jonathan Swift’s Gulliver’s Travels. A friend of Robert’s father, Swift visited Westmeath regularly. Swift was staying in the Lilliput area on the shores of Lough Ennell. He is said to have been inspired to write about the Lilliputians in Gulliver’s Travels when he looked across Lough Ennell to the minuscule figures at Belvedere. Another claim to fame for Mullingar!