Dublin has undergone so many changes since its Viking foundations were swept away – it’s always worth being reminded how unique the city is whether your weekend needs filling or you have an idle few days of holidays.

There are so many interesting sites which have stood the test of time. Here are five of the very best historical sites you can visit. 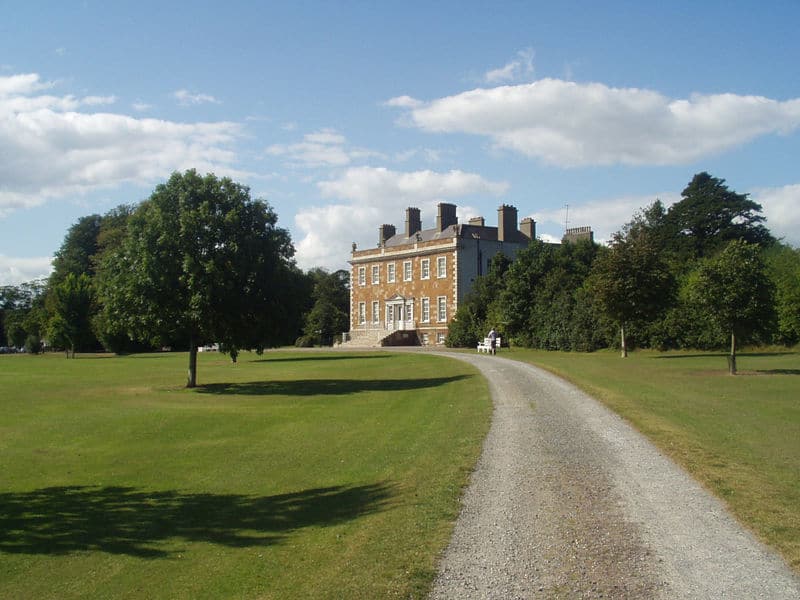 Newbridge House describes itself as a ‘hidden gem’ and it is just stone’s throw from the city centre (20 minutes by DART). This Georgian country house was designed by James Gibbs.

Its classic style of Rococo plasterwork, gleaming floor tiles, and swan motifs effectively make time stand still in the 1820s – a must see for any Jane Austen fan.

It boasts a Cabinet of Curiosities, one of the few family museums preserved in Ireland and Britain. Pursuing natural sciences was a hobby among the privileged in the 19th century; the curiosities include shells and rocks along with artefacts and souvenirs from China and India.

Books and music were a passion for Archbishop Cobbe and the house absorbs this personality, an intimate relaxation in grandeur. Through a Corinthian doorway, a softness in design carries into the famous red drawing room that is a delight to lay eyes on.

The tour here finishes in the kitchen where the servants worked, cooking utensils on display for the curious.

Outside in the courtyard peacocks from the farm strut about as if they own the place. Kids will love the working farm, and when done exploring the house take to the scenic grounds for a wander. 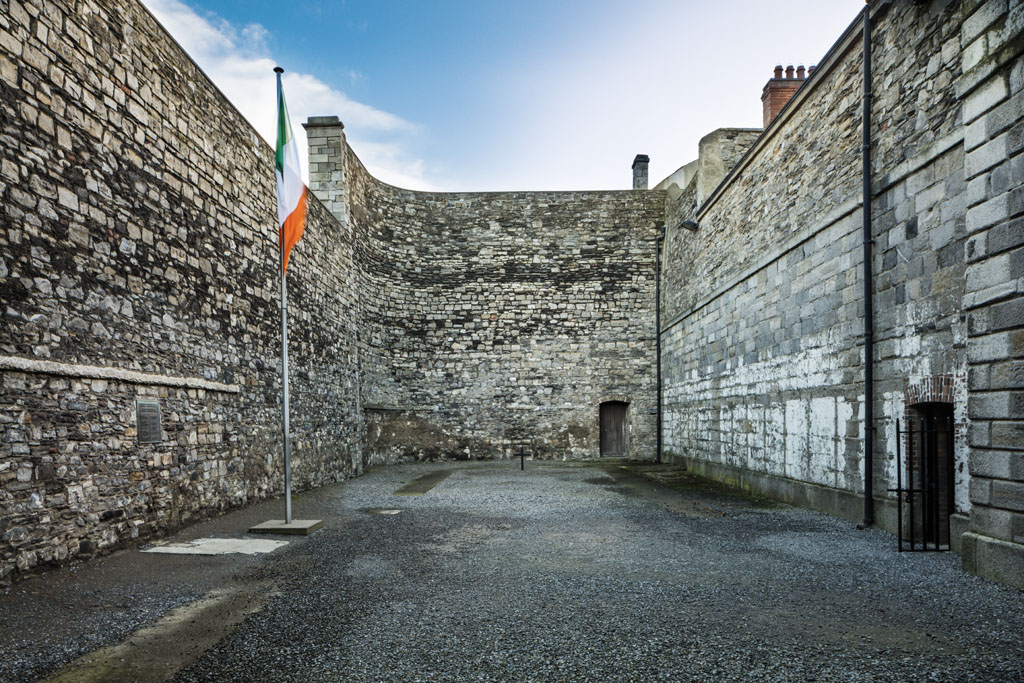 In search of a more dramatic atmosphere? Kilmainham Gaol is the sinister answer. Renowned for its famous political prisoners, it detained rebels from 1798 up to the Easter Rising of 1916.

Its youngest prisoner is recorded as 7 years old and for years the cells were overcrowded with men, women and children. During the Famine, of course, many would have preferred the misery of prison and its harsh conditions to death by starvation. 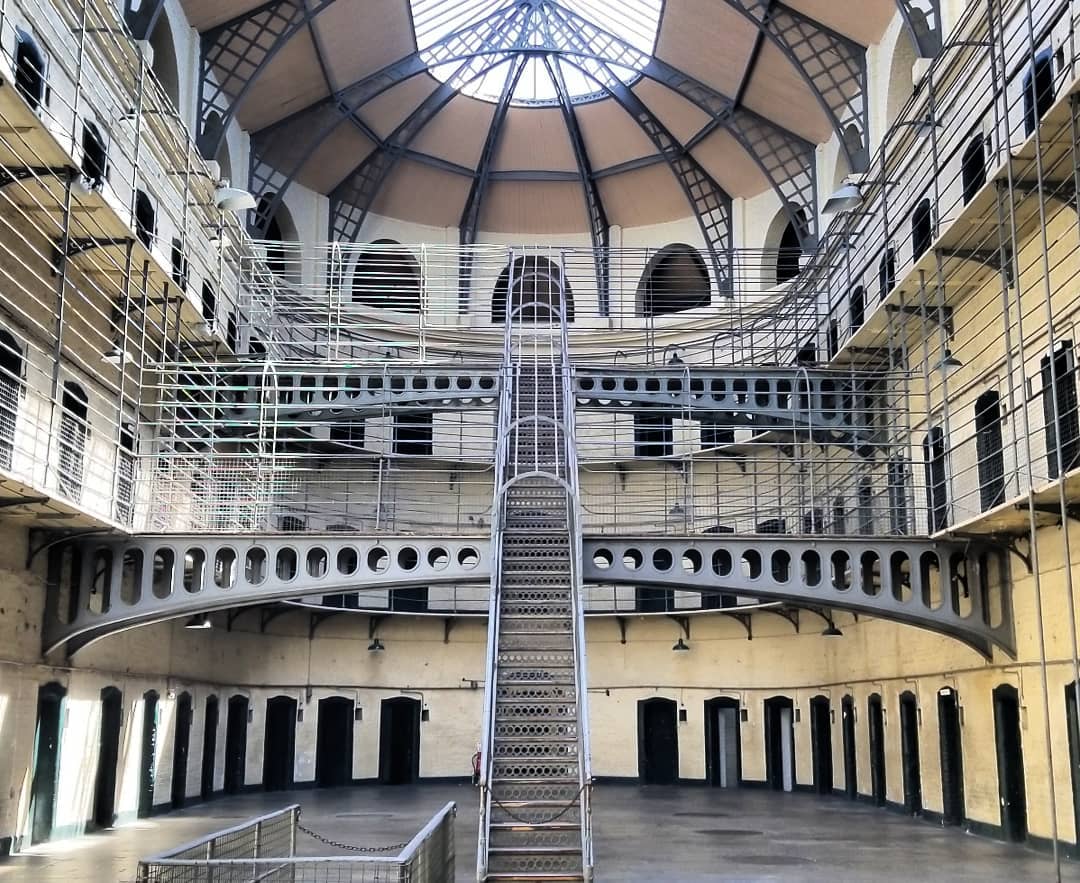 Tours are available, visiting gloomy cells and execution site. The Irish Museum of Modern Art is within walking distance if you find yourself in need of some colour afterwards. 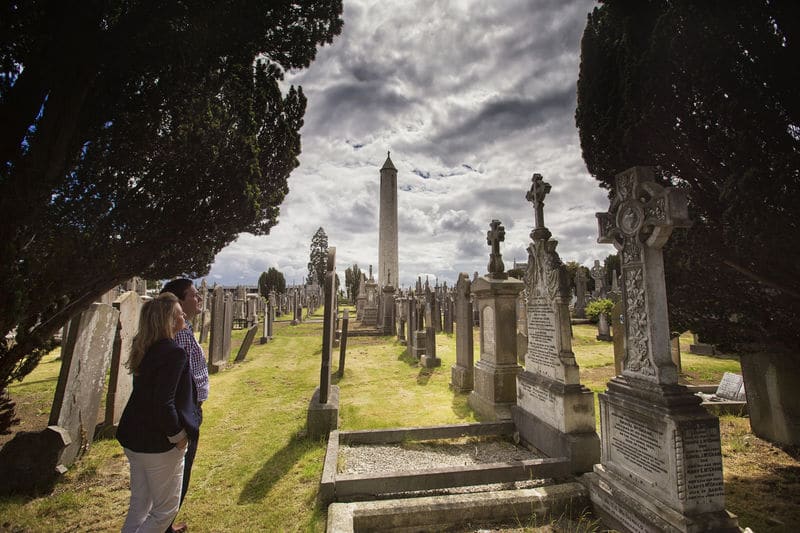 Alternatively, continue the theatrics by taking a tour of this Victorian burial site. The museum offers a combination of tours, including a Halloween tour for children. O’Connell tower is iconic of the spot and tickets to climb the tallest of high towers are separate from the main tours.

Explore a history of grave robbers and the aesthetic of gravestones from the Celtic Revival high crosses to the Italian marble of the late 20th century.

Of its one a half million burials, the haunting legacy of Ireland’s revolutionaries can be felt at the graves of Michael Collins, Parnell, Countess Markievicz, and, at the base of the tower erected in his name, the elaborate crypt of Daniel O’Connell.

On their ‘Dead Interesting’ Tour, the guides focus on the lesser known lives in the cemetery.

The largest necropolis in Ireland was designed as a garden cemetery, so it was part of the plan to encourage visitors to wander and take in the sculptures as scenery. 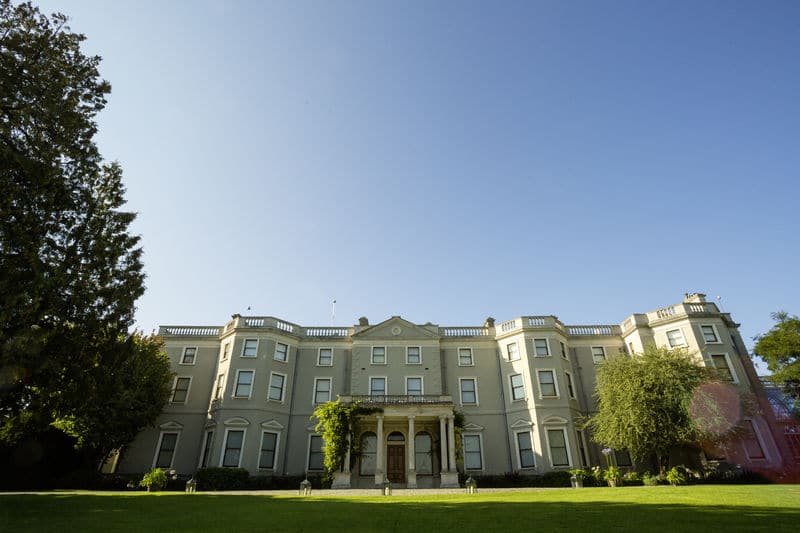 No trip to Phoenix Park would be complete without venturing to the sprawling, peaceful grounds of Farmleigh House.

A fusion of 18th and 19th-century architecture and boasting a whole history of chandeliers, tours of the house last an hour. Still used by visiting dignitaries and State functions, visitors are greeted first by Baccantes statues in the dining room. 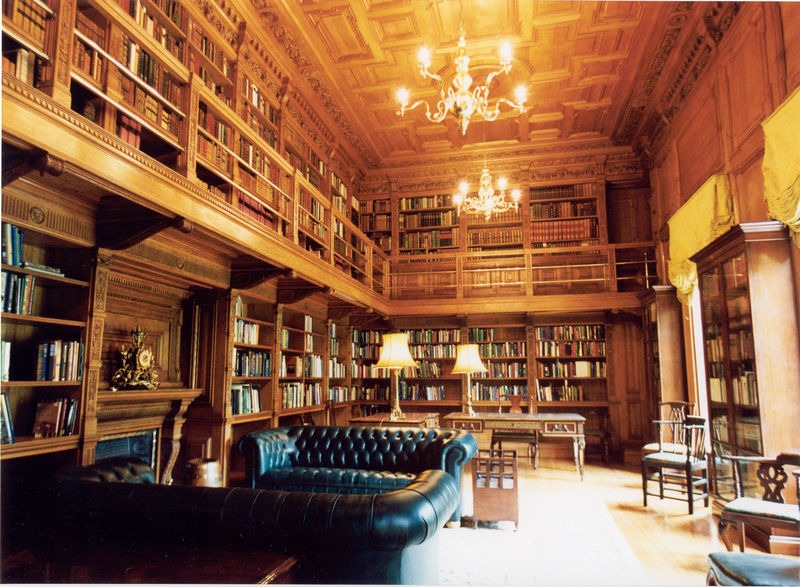 Through the billiards room, boudoir, library and ballroom, be immersed in the impressive Guinness family art collection including portraits by de László, Orpen, Osborne, and a landscape by Sir Edwin Landseer. The library is still adding books to its collection which holds first editions of Ulysses, Gulliver’s Travels, and its oldest tenant is a monk’s travel journal from the 13th century.

In the boudoir the tea gown Mary Guinness wears in her portrait is currently on display, dating from the 1870s. Exit through the conservatory, visit the walled magnolia garden, or during the Christmas season enjoy markets, puppet shows, and Santa with the whole family in tow. 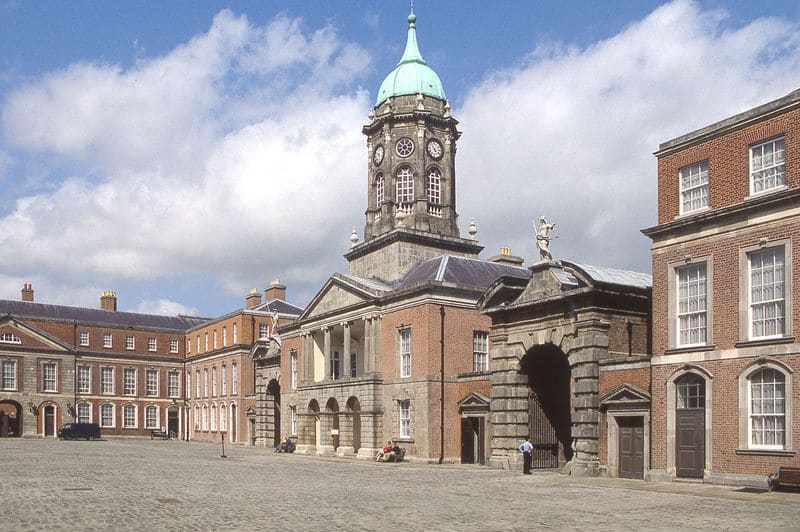 Built in 1204, for 700 years the castle was the centre of British Administration in Ireland until 1922. The Record Tower is all that remains of the original – additions include the richly decorated Victorian Chapel Royal, the Georgian Treasury Building and Bedford Tower, where the Crown Jewels were stolen in 1907.

Guided tours last 70 minutes, taking visitors through the State Apartments and St Patrick’s Hall where presidents are inaugurated. The medieval undercroft includes remains of Viking walls to the city, reminding us of the old roots of the Georgian palace.

On the grounds of the castle, the Chester Beatty Library is also worth a visit. It houses the impressive collection of Sir Alfred Chester Beatty, divided into the permanent exhibitions Sacred Traditions and Artistic Traditions.

This treasure trove includes Islamic and far Eastern artefacts, illuminated manuscripts, a corpus of Egyptian love songs, and a collection of Chinese snuff bottles – to name only a few!