Naas is the county town of Co. Kildare, with the second largest population in the county. The town has a wealth of diverse, wonderful pubs that provide ‘a third place’ to its people. After some extensive research, we spoke to a number of Naas locals in order to narrow down this selection to the top five.

Hayden’s Bar is located on the end of Main Street, at Polar Square. The pub has an old school vibe according to Seán Ryan, 22, an employee of Naas’ GameStop. He says that atmosphere is warm, as are the staff. Another local, Seán Downey, 19, says that the bar is great to sip on a quiet pint and watch a game of rugby. The bar enjoys a modest crowd of both young and old customers. To top it all off, the bar boasts a sheltered smoking area with indoor heaters, making this pub the perfect place to sit back and relax. 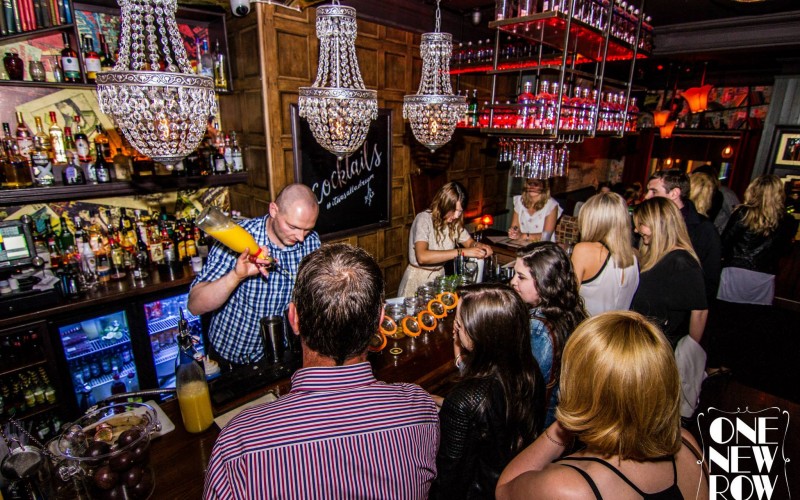 One New Row is situated in the centre of Naas, a few minutes left of the courthouse. The pub has been recently renovated with a fresh, modernised look. Derek O’Donnell, 33, admits that the bar is his favourite in town, explaining that the cocktails are of a premium standard. Stephen Sherry, 28, employee in the local Vodafone store, says that the pub’s patrons create a comfortable atmosphere. However, One New Row’s major selling point is its smoking area, which is the biggest in Naas, making it the perfect place for conversations and the craic. 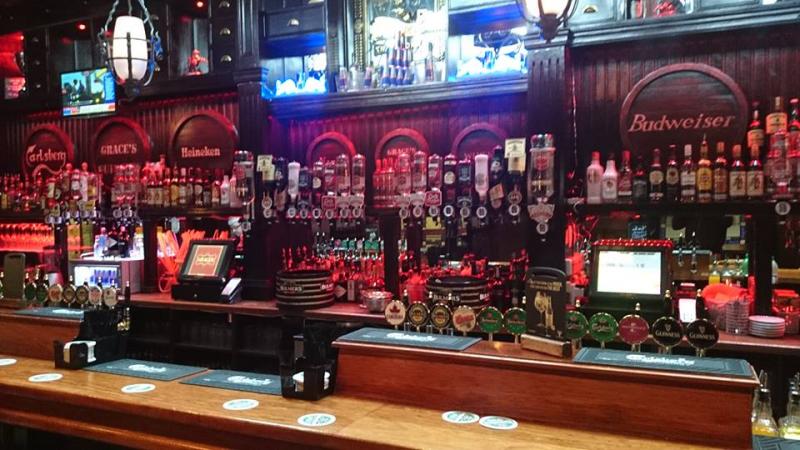 Grace’s stands in front of St. Mary’s College. Not only is Grace’s a great pub, it also serves some of the nicest pub food in Co. Kildare. Seán Ryan of GameStop rates it as his favourite pub in the town, with its delicious pizza and great vibes.

The pub benefits from a late bar license, allowing customers to stay there till two in the morning, making it a great, free alternative to the local nightclubs. Camilla Mara, 20, another GameStop employee, describes Grace’s as having a chill atmosphere provided by the nicest staff in Naas, so nice in fact, that they let you pull your own pints using beer taps in the smoking area. Grace’s has it all; pints, food, dancing and exclusively; the late craic.

Kavanagh’s pub can be found across from the Bank of Ireland. Kavanagh’s is renowned in Naas for its slew of snugs, a roaring fireplace and dazzling beer garden, complete with sofas and keg tables. Food is served during the day with live music often playing during the evening. Derek O’Donnell speaks highly of the music that provides the pub with a lively atmosphere. Most nights in Kavanagh’s are over 21s, with a crowd ranging from twentysomething students to middle-aged golfers. Stephen Sherry rates it as his favourite pub, crediting the splendid atmosphere and impeccable service. Whatever you’re looking for, Kavanagh’s has it. 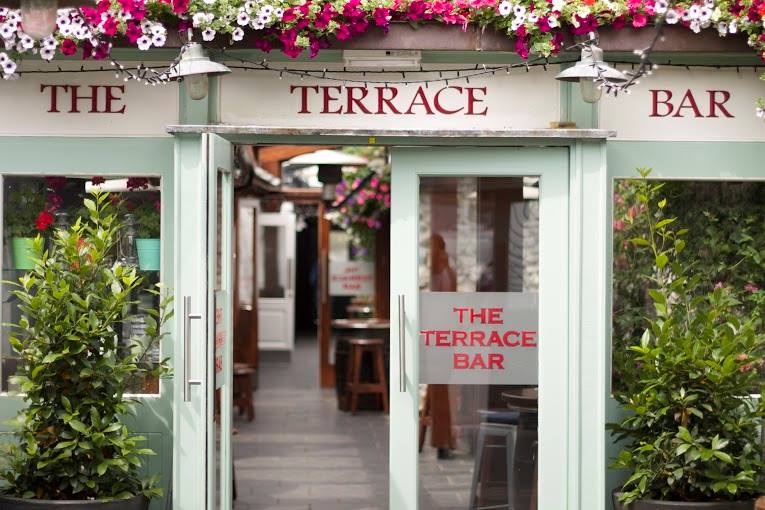 Topping the list is McCormack’s Bar. This acclaimed pub can be found directly across from the Naas Court Hotel. There are three bars in McCormack’s; the old school bar that caters to the older patrons, the terrace that serves the younger crowd and a cocktail bar that opens at the weekend. Harry Kenny, 20, an employee of the local Carphone Warehouse, says that the pub is a nice combination of both modern and old-school. The smoking area is both spotless and spacious and often is host live music. Another student, Dean Devlin, 19, says that the crowd in McCormack’s is the best in the town. The atmosphere in the pub is brimming with positivity and companionship. A Naas native, Martin Leeson, 74, says that McCormack’s quality has stood the test of time. The televisions in the bar often show the races, making it the perfect place to be during the Cheltenham and Punchestown events.

Colin Crofton, a senior barman in McCormack’s, says the success of the pub comes from its very personable, community orientated ethos. “We have a combination of both young and old staff. The younger staff work in the back and serve their age, while we work in the front with our older patrons. There’s a great sense of community among both the staff and the customers.” Crofton’s philosophy is to provide a warm, welcoming environment for their customers and make sure that they’re eager to come back again, which often is the case once they’ve tasted their legendary pint of Guinness!