Ireland Before You Die
Home Drink Alcohol Five Pubs & Bars in Dundalk You Need To Visit Before You...
1.3k
SHARES
ShareTweetWhatsappPinterestMail

Dundalk is situated on the Castletown River which flows through the town. Dundalk as Gaeilge Dún Dealgan which means ‘Dalgan’s stronghold’. Dundalk is in Co. Louth and is on the border between Northern Ireland and the Republic of Ireland. It is almost exactly halfway between Belfast and Dublin.

Dundalk has a mythic connection with the famous hero of Cú Chulainn. Studies suggest that the Dundalk area has been inhabited since at least 3500 BC, during what is known as the Neolithic Period. Dundalk in its modern form mostly owes its shape to a man names Lord Limerick in the 17th century. Dundalk is also home to the famous Dundalk FC, which are 1st in League of Ireland Premiership Division. Dundalk hosts the widely regarded, Dundalk Institute of Technology. The only in Louth. With a population of 37,816 and growing number of students from all over the world. One can imagine the nightlife and choice of the public house are varied. Below is a list of the top five pubs to visit in Dundalk. 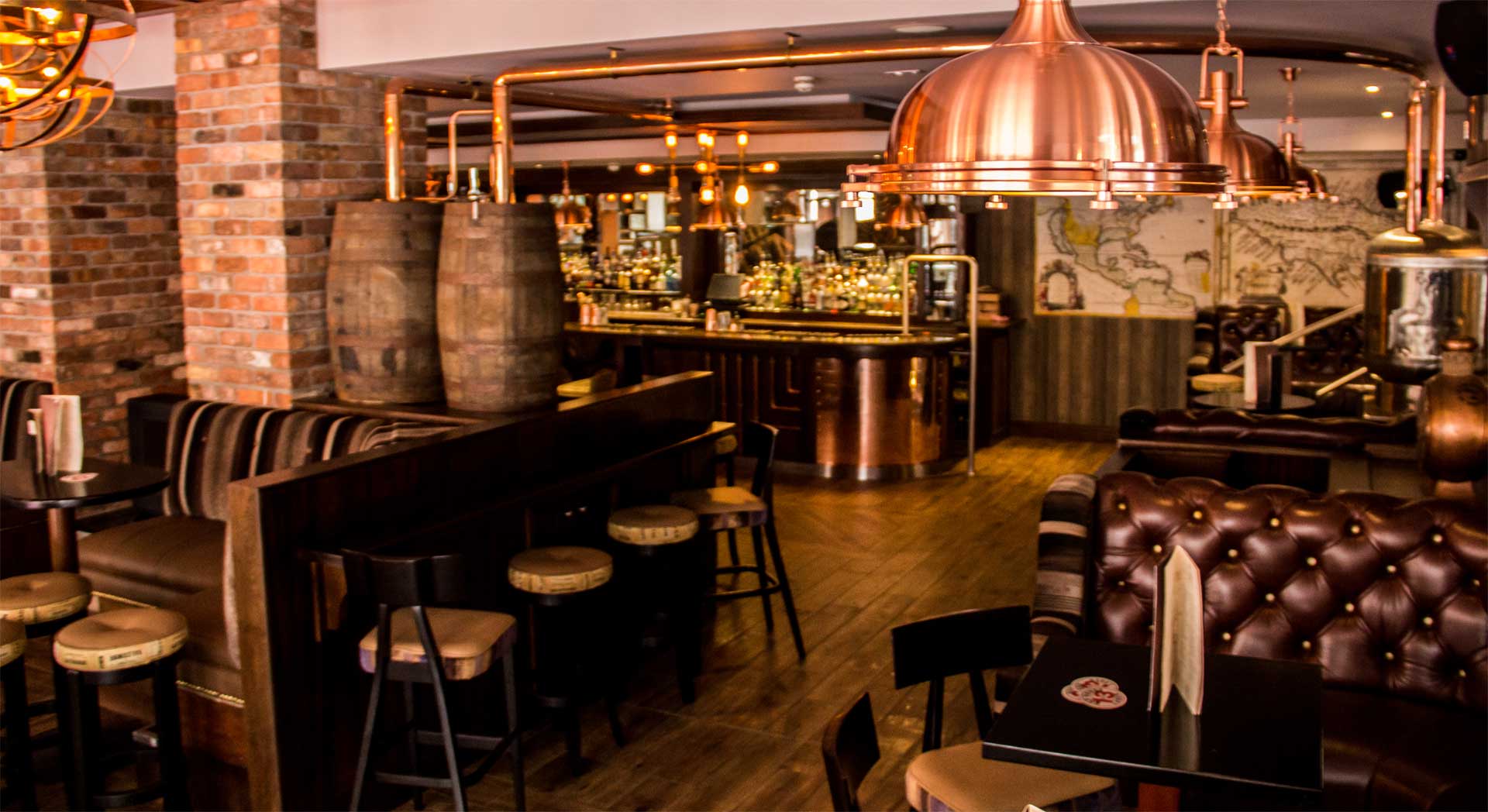 The Rum House is located on 92 Park St, Town parks, Dundalk, Co. Louth, although connected to the famous nightclub, Ridleys, The Rum House is its entirely own establishment, working bout as a restaurant and a bar.

The Rum House offers the customer a more modern bar experience as opposed to that of the traditional Irish pub. Offering an incredible selection of incredible craft beers from around the globe, a massive selection of Martini’s, Rums, and Premium House unique Cocktails that they promise will quench the thirst of any man or woman.

Each week the owners update their website with news about upcoming events, including their ‘@ The Weekend’ section which is generally booked out with musical acts week in and out.

The Rum House has recently celebrated its one-year anniversary, and business is only growing. This comes down to the excellent customer service and, fantastic food and drink menu. The Rum House benefits significantly from its connection with the nightclub upstairs as this offers customers the perfect location to start their night whether it be with food or cocktails before they head up to the nightclub for a dance. 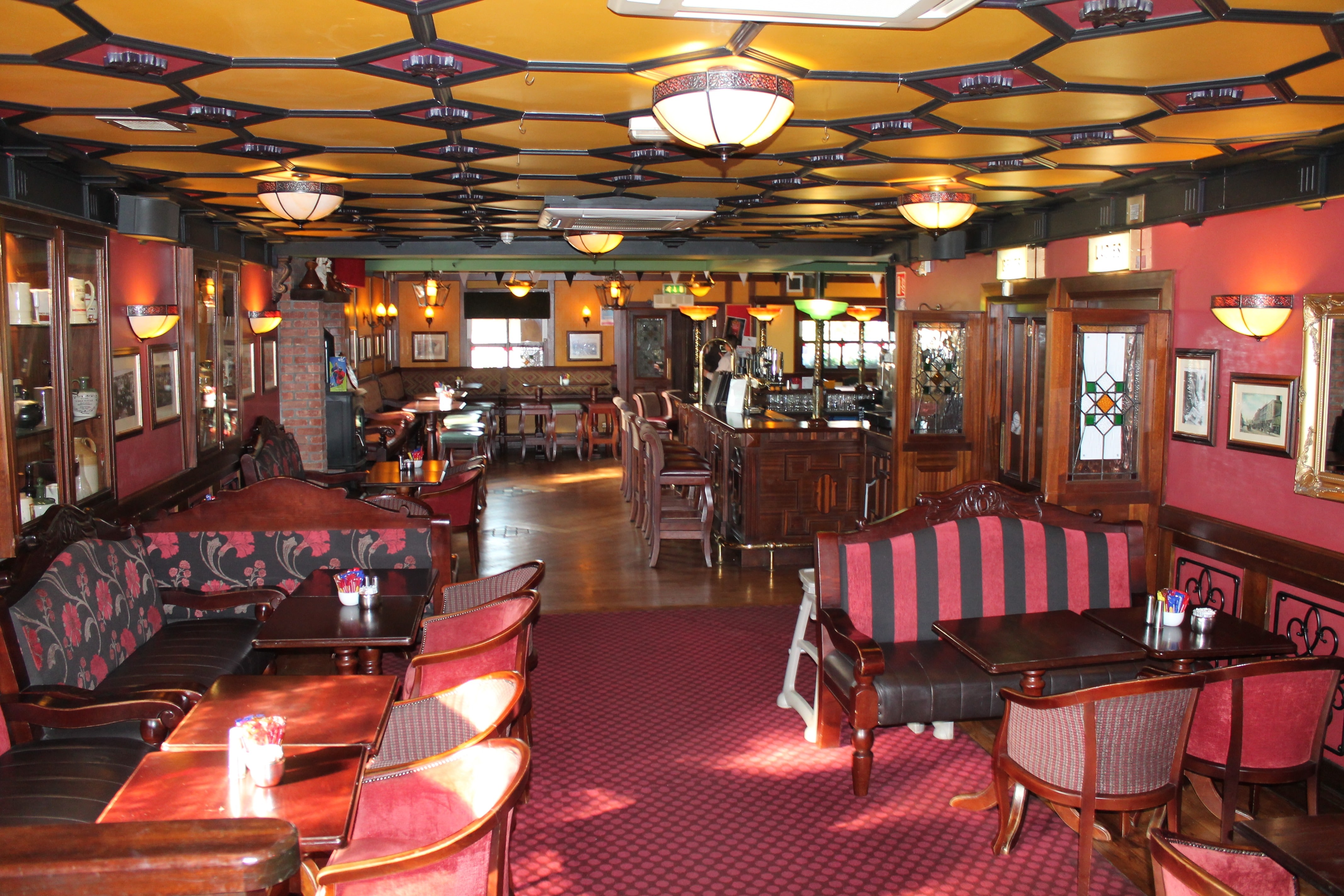 The Malt House, located at Dublin Rd, Marshes Upper, Dundalk, Co. Louth is closer to a traditional Irish pub than the last on our list. The Malt House although functioning mainly as a pub/bar also has a fantastic food menu that will not disappoint.

The malt households a small function room for events such as Birthday Parties, Christmas Parties and Office Parties. The Malt House also at one time held monthly the famous Drop Out Comedy, hosted by up and coming Irish Comedians, James Cadden and Brian O’ Toole. Events such as this always brought in a large crowd month in month out.

The Malt House also has a selection of High Definition Tv’s both in the main bar and lounge making it the perfect spot to catch the football all year round. With its friendly staff and a wide selection of beers, wines and spirits the Malt House is an excellent place to catch up with friends and enjoy a game of Pool or Darts while you’re at it.

The Market Bar located at 99 Clanbrassil St, Townparks, Dundalk, Co. Louth, directly on the main square opposite the courthouse. Famous for its cocktails, The Market Bar runs its amazing Monday night deal of Two For One cocktail. Including Sex on The Beach, Cosmo, Mac Daddy and many more. The Market bar hosts this fantastic ‘happy hour’ from 5 pm until 9 pm making it the perfect start to your night. Especially if you’re interested in ‘pre-drinking’.

The Spirit Store located at George’s Quay, Marsh North, Dundalk, Co. Louth directly on the pier, was once famous for its history as a traditional fisherman’s bar now. Still containing some of its original charm the Spirit Store now is home to a whole variety of artistic events focused on culture, with live concerts, drama, poetry and comedy nights.

Some of the most sought-after events to have taken place here include ‘Soundfellas’, which is the cast of the RTE Comedy Show ‘The Hardy Bucks ‘. Other upcoming music events include Aja, Modfathers and the 4 of us. Although The Spirit Store is famous for its events, it also functions as a warm homely Irish pub with all the charm that comes with it. 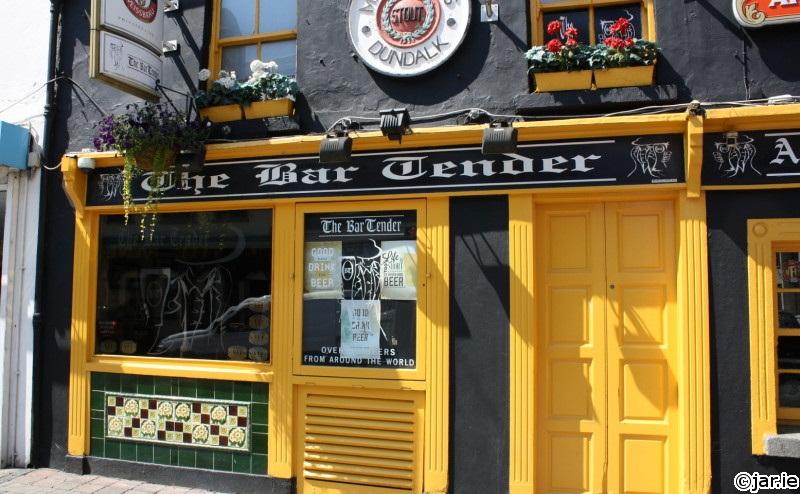 Finally, here we are, at what some would consider the magnum opus of Dundalk’s Public Houses the Bartender. Located at 12 Park St, Town parks, Dundalk, Co. Louth, a small black building with a yellow door which one would almost miss. When entering The Bartender one can immediately feel the moody atmosphere set out by its low-key lighting exposed brick, gothic style melted candles that light every nook and cranny and a blazing fire in the centre of it all. 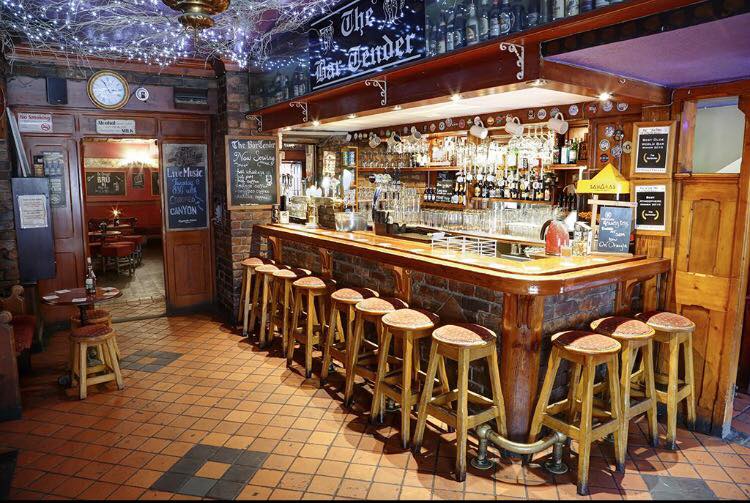 The Bartender is of course host to much fantastic trad night week in week out that can be a unique find upon entering. The bartenders small yet quaint beer garden sits in the centre of four other building, an almost hidden garden. The bartender also owns a table which functions as an arcade, with multiple classic video games installed including Pac Man, Space Invaders and Donkey Kong, for those feeling nostalgic.

The Bartender is probably most famous for its excellent section of beers and wines. Including its customer famous the Stein of Edinger lager straight from Germany. Fantastic beer alone, but if one has the opportunity to enjoy it from a Stein it tastes far sweeter.