Tullamore is the county town of County Offaly, in the midlands of Ireland, and is located right in the centre of Ireland.

The town is known for its most famous export, Tullamore DEW Whiskey, that traces its roots back to 1829.

We stopped by Tullamore on a recent trip to learn about their famous whiskey and to explore their iconic Distillery.

While we were there, we visited all the best bars in town and we had a few pints with the locals along the way!

Here’s our rundown of the five best pubs Tullamore has to offer. 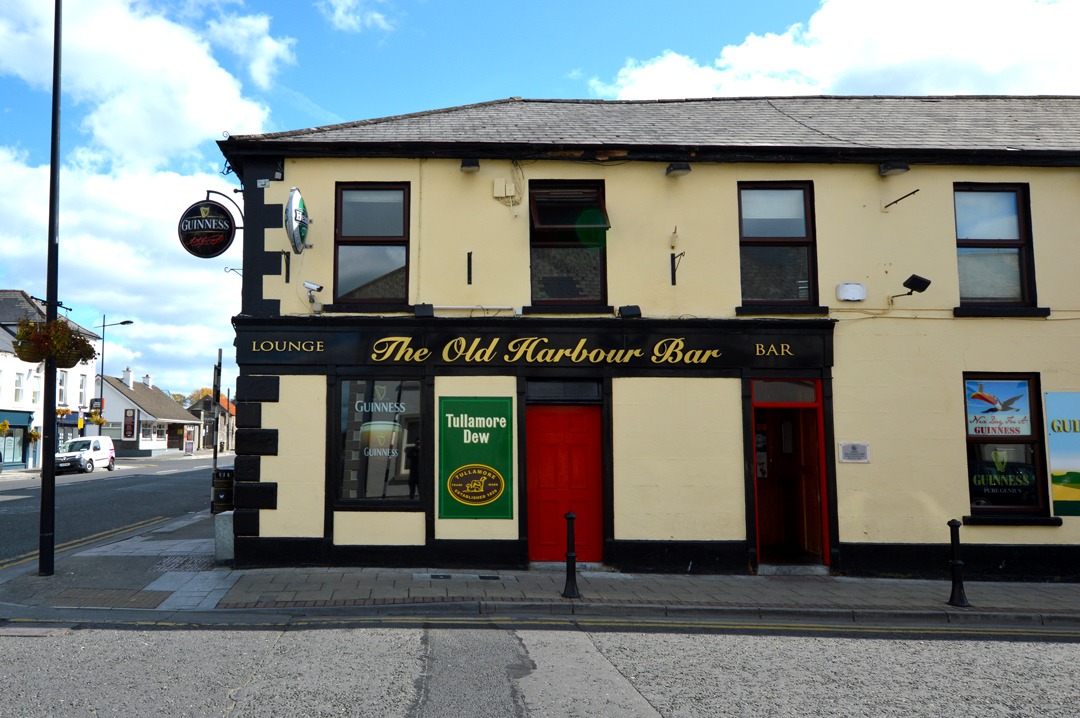 The Old Harbour Bar is an award-winning Pub located in the heart of Tullamore, on Harbour Street.

It is a modern bar with all the character you’d expect from a traditional Irish Pub. 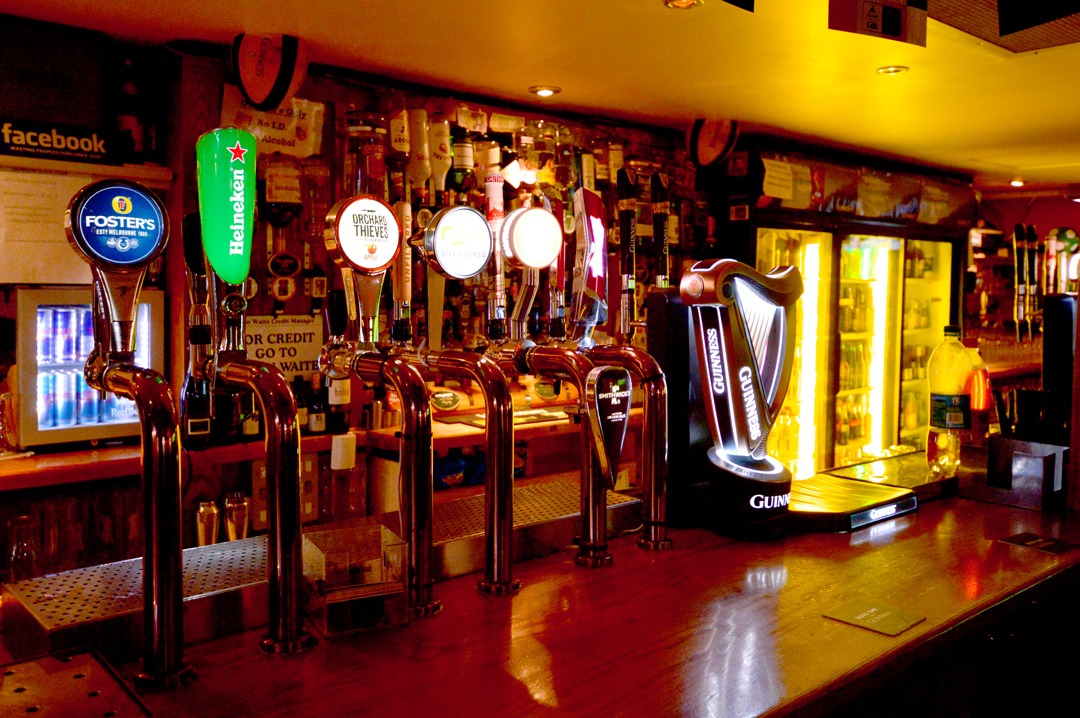 Family run, with friendly staff, good craic and a great atmosphere. The Guinness here is so good that it was once voted the best place in Offaly for a pint of Guinness!

The bar is well known for showing live sport and for hosting regular live music every week. 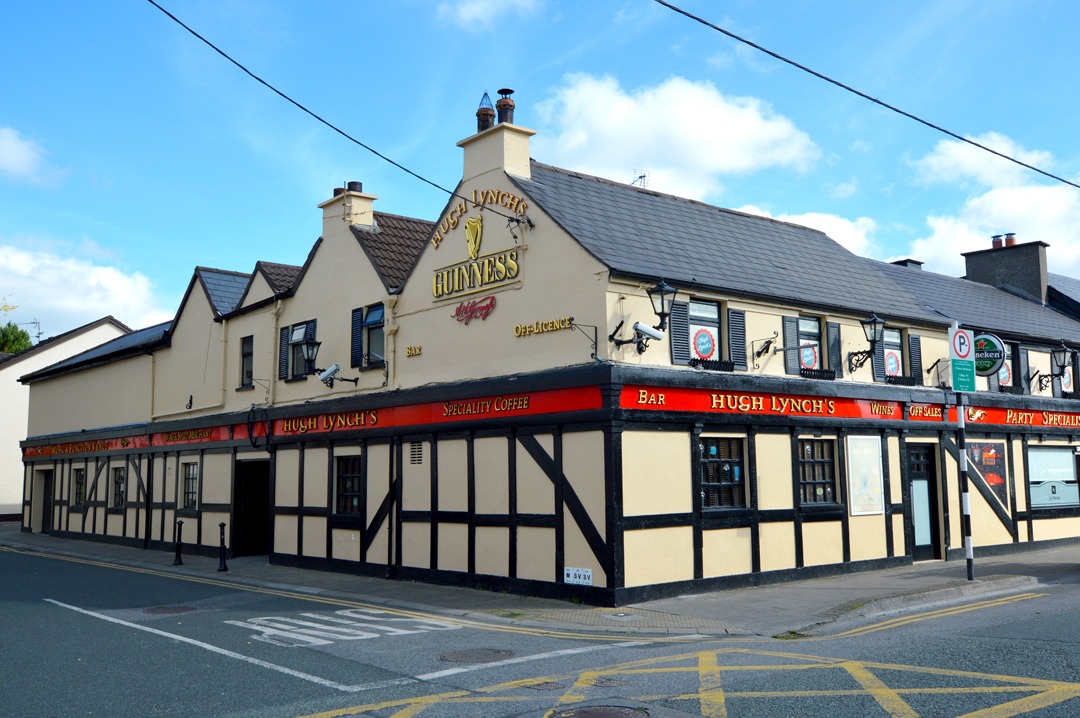 Located on Kilbride Street, Hugh Lynch’s is a bar and venue in Tullamore which specialises in Whiskey and Craft Beer.

It is a traditional Irish pub, with a beautiful exterior, that could easily be sold on an Irish postcard.

Inside, there is a lovely fire burning, old-fashioned décor and a traditional Irish feel about the place. 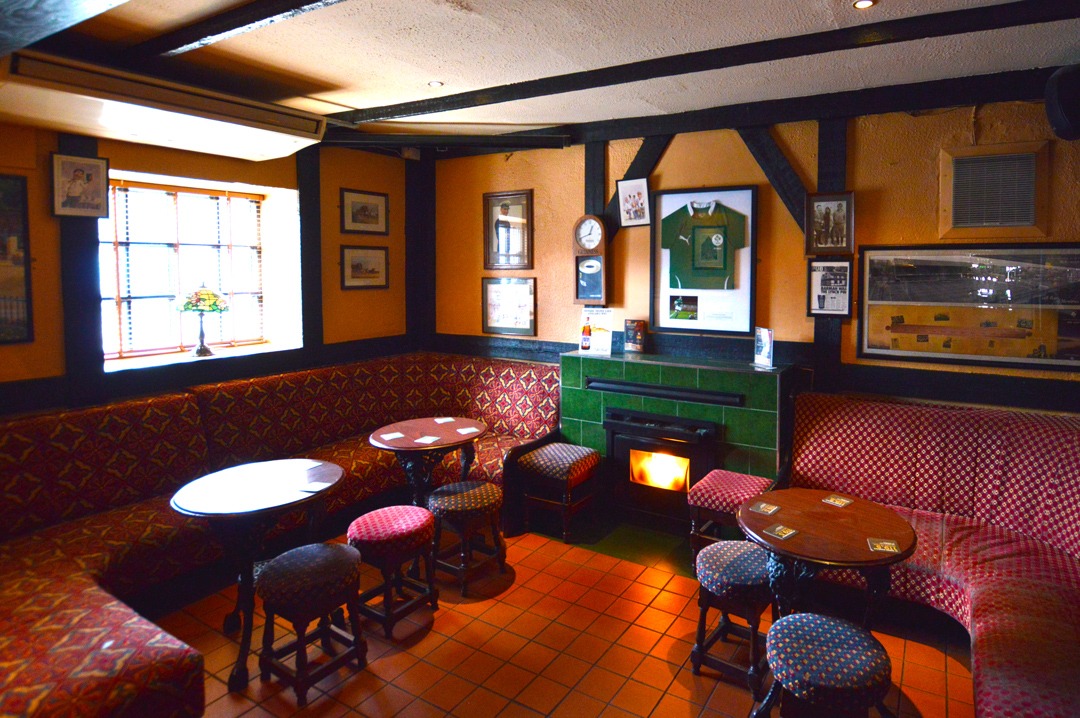 The bar itself has won many awards over the last few years, and it’s a great place to call into for a friendly chat and good whiskey during a visit to Tullamore.

The bar has two private rooms for functions and parties. Lynches offers regular music and DJs to a lively local crowd. 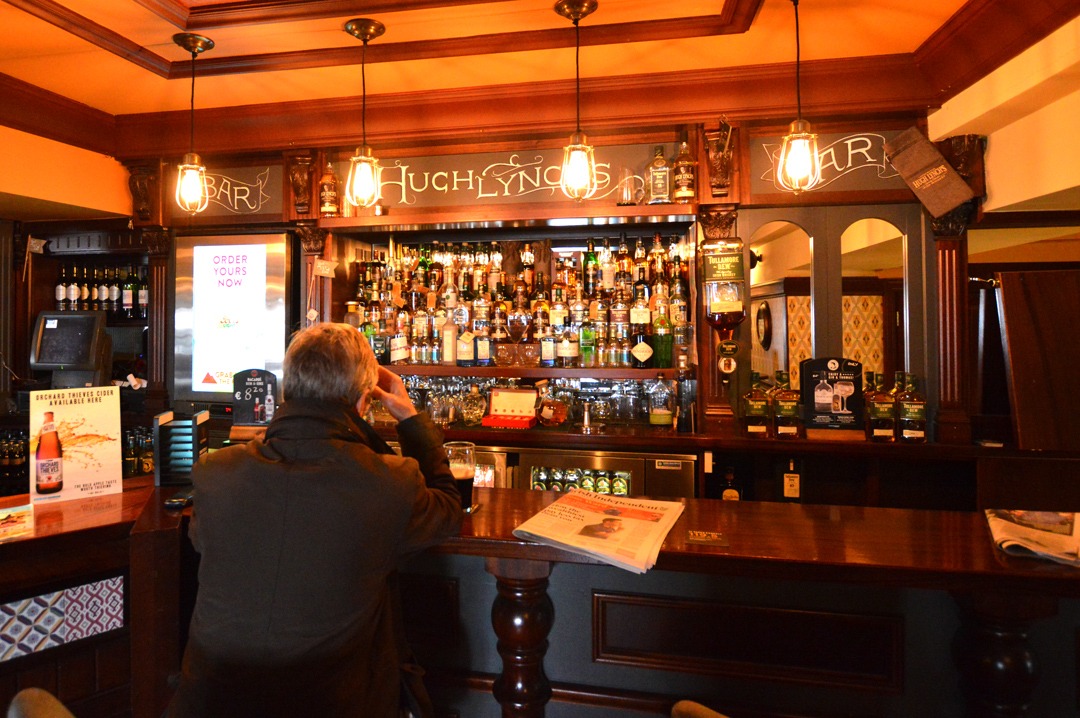 They also sell a bespoke whiskey which was distilled and bottled in memory of the late Hugh Lynch who the bar is named after. Some of the regulars told us that it was the best whiskey they have tasted, so it’s worth a try! 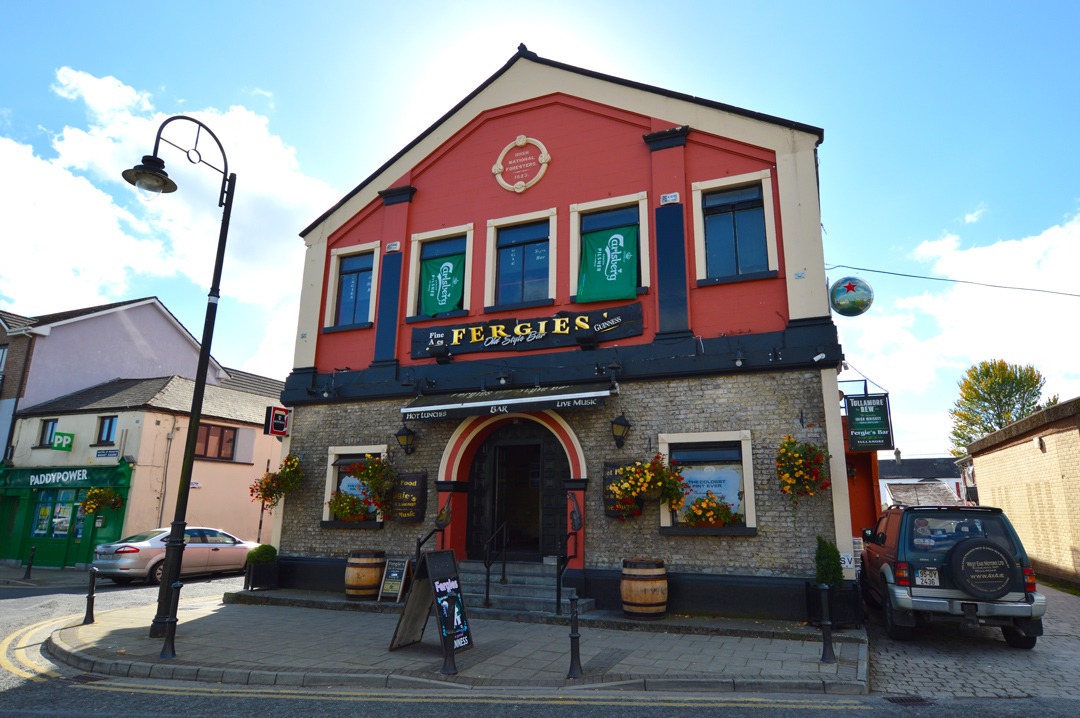 A former winner of pub of the year, Fergie’s Bar is located on Market Square, Tullamore.

The site of this bar was previously Tullamore’s old cinema. Today, Fergie’s has 10 large screens and an excellent selection of beers meaning that it has to be the best sports bar in town.

If you’re a fan of Manchester United and it is a match day, you’ll be in luck going here as this is the bar in town that all the United fans go to cheer them on. 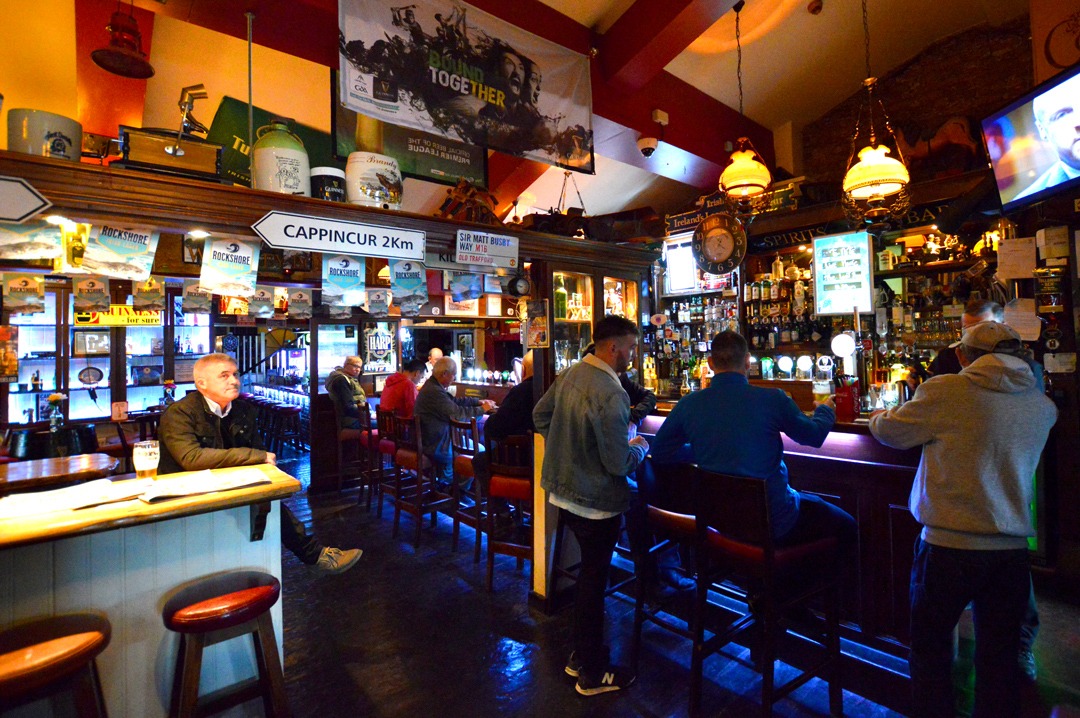 As for the regulars, they are arguably the friendliest in Tullamore. When ordering a pint at the bar, you’ll inevitably end up in a conversation and having the craic.

Fergies isn’t just a great bar for live sport, it’s also known for excellent live music which you can enjoy every weekend. 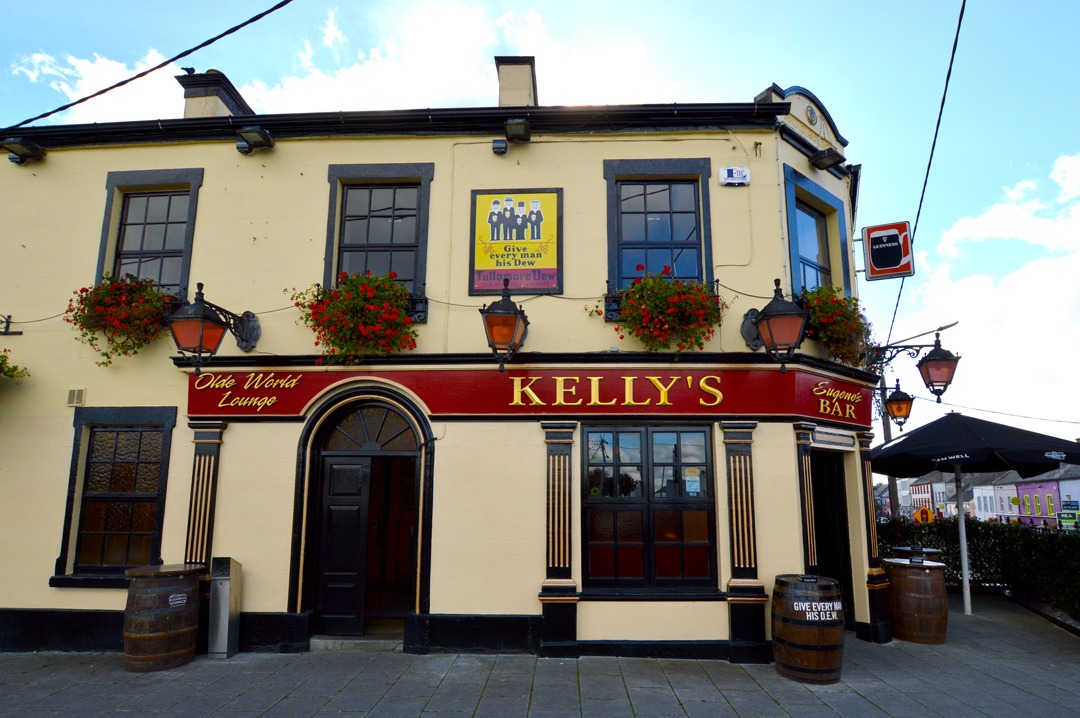 Eugene’s, as it is known locally, is renowned for an excellent pint of Guinness, live music and great character.

Located in Tullamore at the bridge on the bank of the Grand Canal, the bar boasts authentic charm and character within this bustling midlands town of Tullamore.

Eugene Kelly himself has been in the pub trade for over 30 years and has a longstanding reputation as a businessman and professional publican. 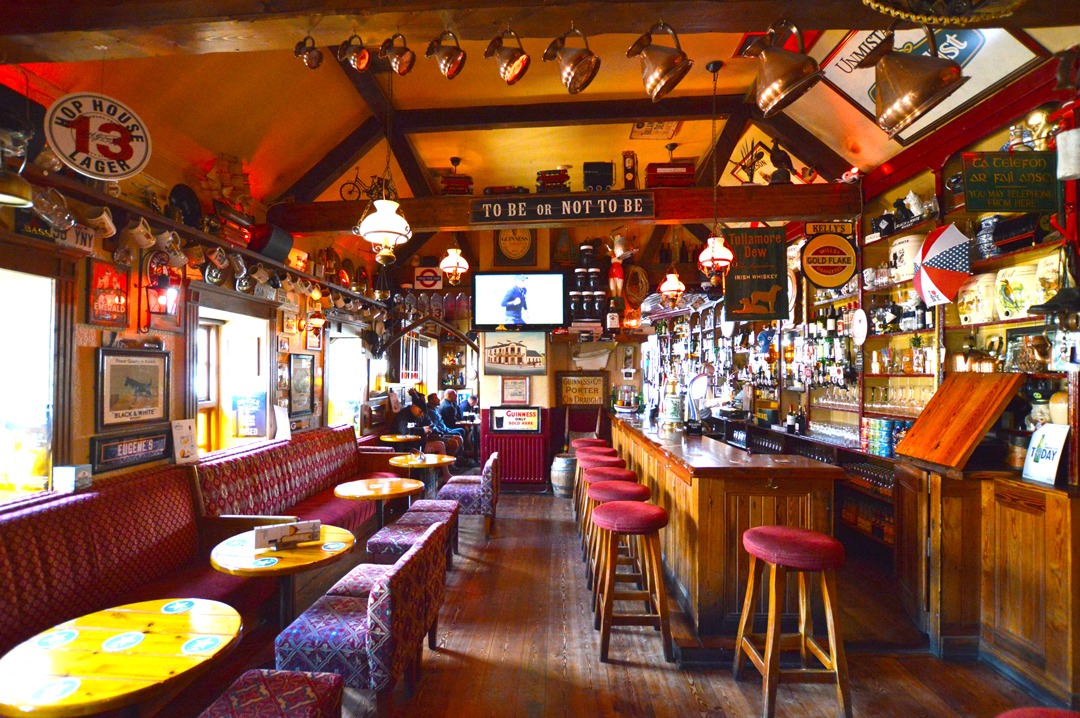 The décor in Eugene’s is extremely impressive. Once a bare bar with no decoration, but today, the shelves are adorned with beer bottles from afar, genuine Irish antiques and other gathered bric-a-brac.

Kelly has been adding to the décor over the three decades he has run the pub. It is hands down, the best-decorated pub in Tullamore. 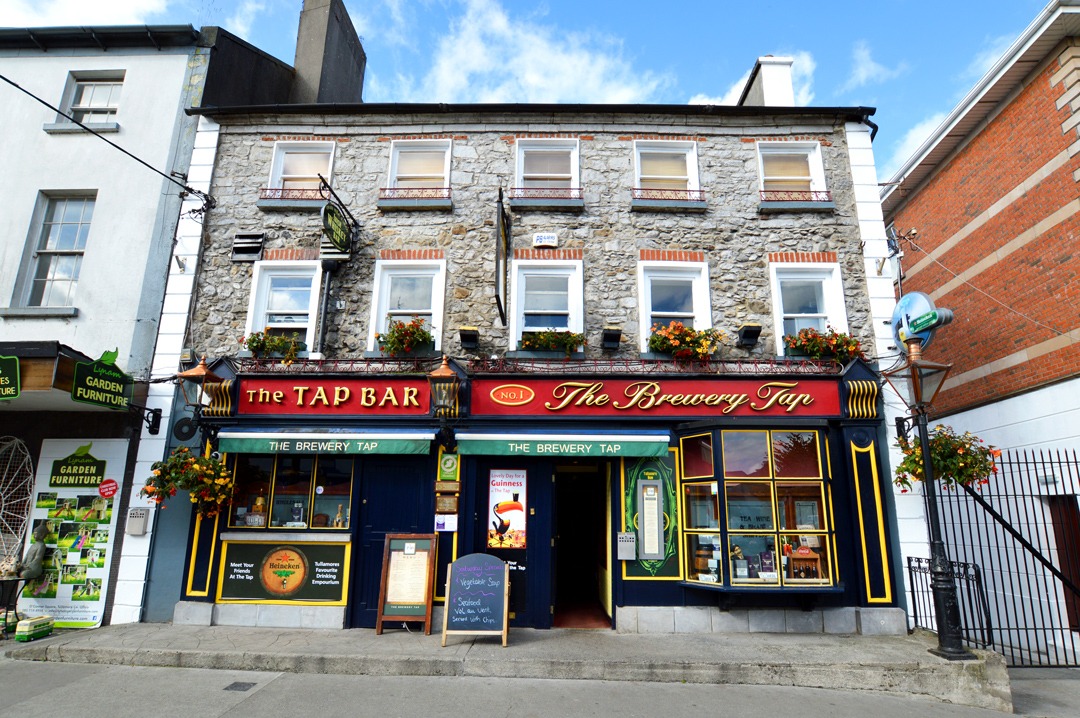 Located in the business and social heart of Tullamore on High Street, you’ll find The Brewery Tap.

‘The Tap’, as it’s known locally, is a pub renowned by both locals and visitors to the area.

The bar itself has it all; great music, excellent food and a wide range of drink all served in a friendly relaxed environment.

To the rear of the venue, you’ll find an excellent beer garden & smoking area where many people end up spending the whole night. 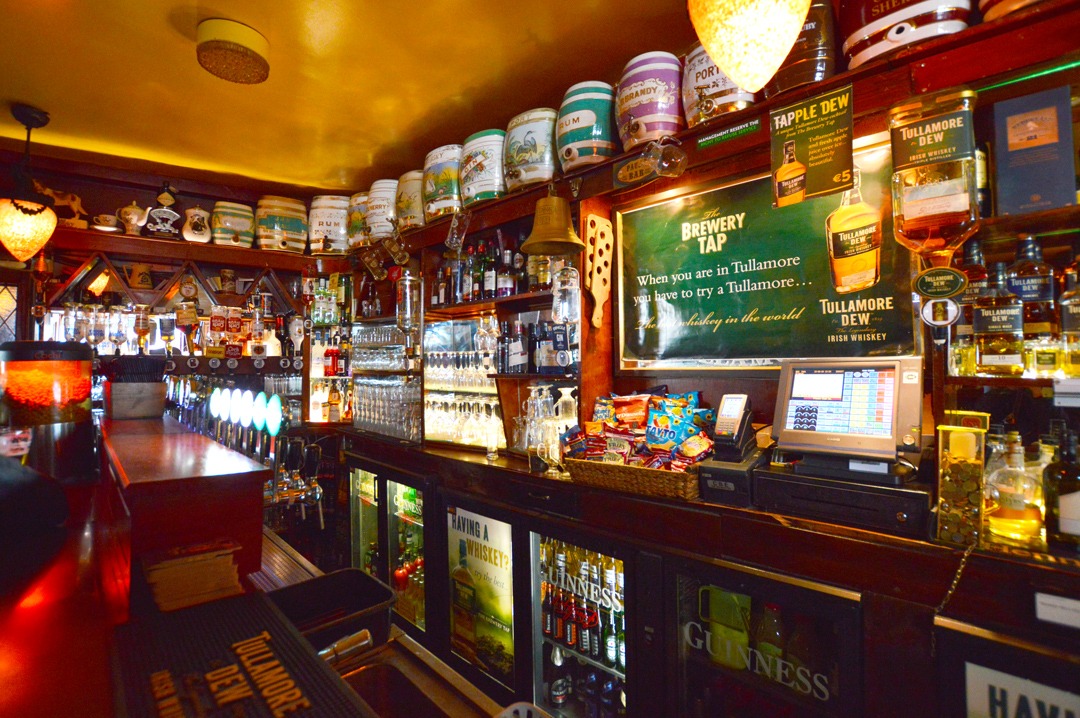 If you’re hungry, the bar has a Food Menu with plenty to choose from, including their delicious Tap Wraps!

Popular with a variety of clientele, The Tap has to be your best bet for a night out if you are in Tullamore for the night. We loved it!

And for the party animals… 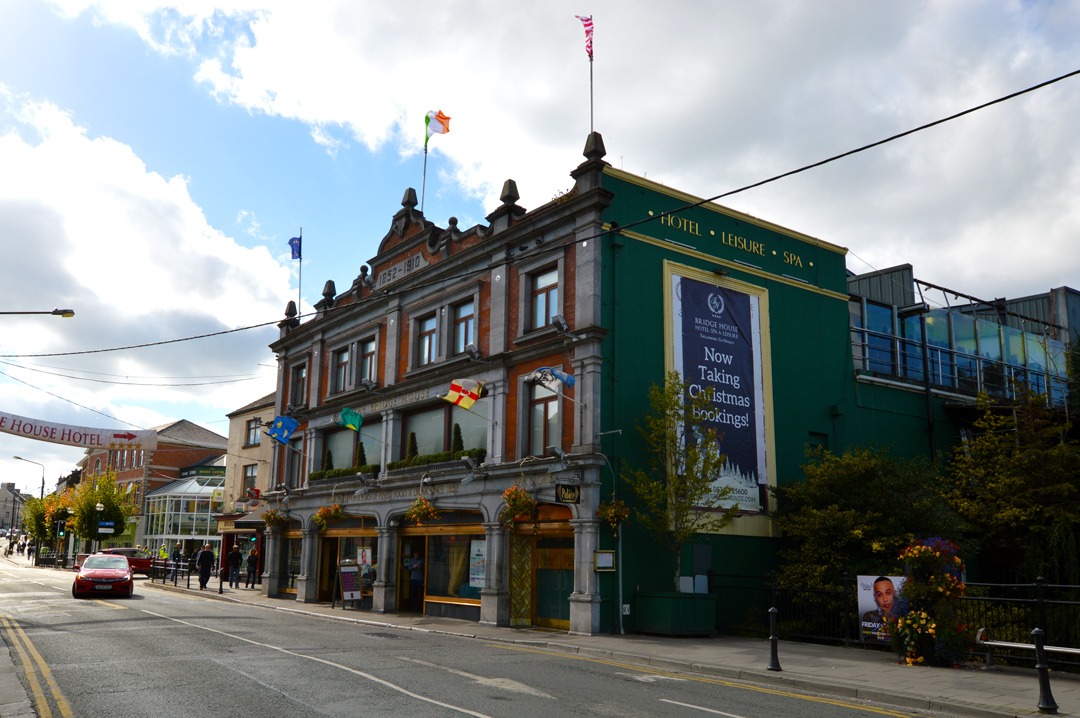 If it’s getting late and the local pubs are closing, you can always keep the party going Tullamore’s Bridge House Bar which opens to 2.30am (Thursday – Monday).

The Bridge House is a vibrant late bar that plays host to a carousel of live bands, followed by great DJs every single week. Serving expertly mixed cocktails, dedicated wine list and selection of draft beers.

Or, if you are in the mood for a nightclub, the Palace Nightclub next door is worth checking out.

Open Friday – Sunday, you can dance the night away at Tullamore’s top nightclub. Entry is €10.