Ireland Before You Die
Home Info Culture TOP 10: Places you must see in Co. Kilkenny
ShareTweetWhatsappPinterestMail

Kilkenny is a county that lies in the south-east of Ireland, about an hour drive from Dublin. Kilkenny is famous for the Kilkenny Designs, a chain of shops representing Irish designers and brands, which gained popularity world-wide.

There are many sites to explore in this fascinating county, but this list is focused on the top 10 sites to visit.

Built 1582, this is one of the last almshouses in the country dating to the Tudor period. It was established by Sir Richard Shee for the poor of Kilkenny and was endowed by his last will in 1603.  It has had many uses over the centuries: as Catholic Chapel pre-1800, a hospital 1837 and as a store 1912-1972.

It was restored sympathetically in 1981 and now functions as the Kilkenny City Tourist Office. It is a great place to start your visit to Kilkenny, as helpful staff can provide a wealth of information. 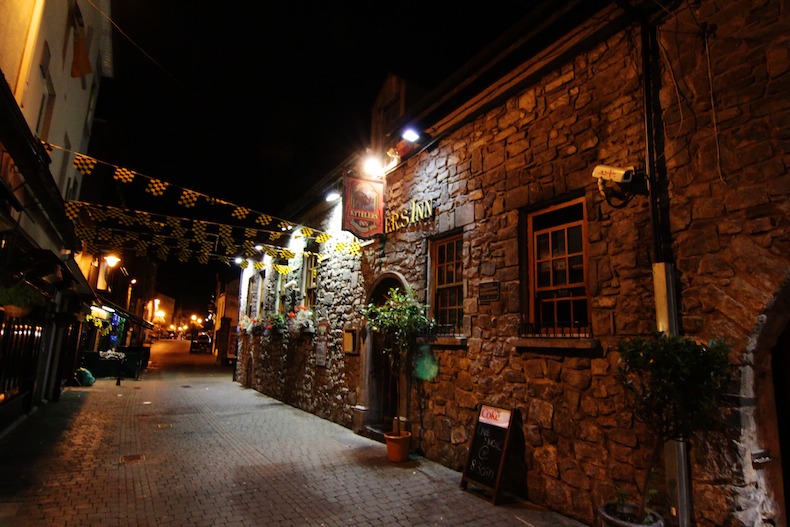 This is an Old-fashioned Inn dating back to 1263 and mostly known back then as a place of merrymaking and good cheer.  It is a must site to visit for a meal, a pint of the black stuff and to tour the property.

The original owner of this Inn was Dame Alice Kyteler. She was born in Kilkenny in the year 1263 and was most known for her fortune after being married four times. Alice was accused of witchcraft in 1300s. Although the accusations were untrue, she was forced to escape the area in a hope to save herself from being burnt. As a result, the Inn was taken out of her property. In 1986 Kyteler’s Inn was acquired by its present owner, Nicky Flynn, who restored the Inn to its former interior. 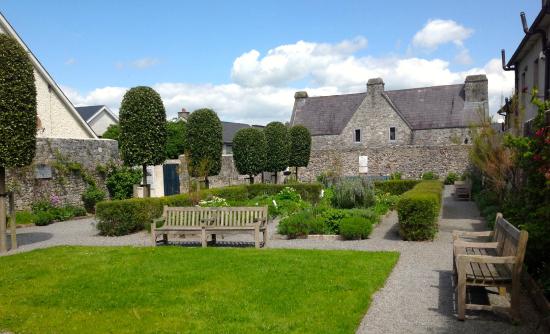 In the heart of Kilkenny, you will find another gem and vital stop for archaeology buffs – Rothe House and Garden. It was built between 1594 and 1610 and was the home to a merchant, landowner and a Mayor of Kilkenny, John Rothe Fitz Piers and his family. Originally there was only one house, but as the family kept expanding with more children, John built additional houses.

The estate is now in the property of Kilkenny Archaeological Society and has a vast number of objects on the show. There is not an official guided tour here, however, staff are very knowledgeable and will answer any questions you have. If you know of any Irish roots tracing to Kilkenny, there is an ancestry search service available here.

This apostolic site was founded in the 6th century and named after St Canice. The tower on site, which is of round shape is the only visible on one on this site and it’s about a thousand years old.

The cathedral also houses the Great War Memorial List, a record of the names of Irish people who were murdered during the First World War. The church had to be renovated on many occasions through the history. Full of history and even played part in the political restructuring of Ireland in the late 1800s, this church is well worth a visit.

Standing in the heart of the Gowran, this church tells stories of the centuries. The original church building was constructed in 13th century, but all that remains now is the tower, the rest of the structure was built in the later centuries.  In the 19th century this tower was incorporated into the parish church which was built in place of the chancel and which now takes up about half of the structure.

In the 13th century Franciscan monks founded the Abbey and started brewing ale from the Friar’s well. Richard Cole let the land from the Duke of Ormond and established the brewing business with John Smithwick, a Catholic who was forbidden from owning assets. In 1710, John Smithwick took secret possession of the brewery and spent the next decades developing the business.  Nine generations of Smithwicks have been involved in the business ever since. 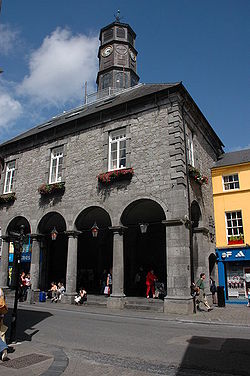 Originally this was a multi-purpose building and dates back to 1761. It served as a booth or collection point for the tolls, also city hall or courthouse.  This pretty stoned structure now houses Kilkenny’s City Hall and used as a space for exhibitions during Kilkenny’s annual Arts Festival.

Under the Tholsel are cellars which are utilised for storing of the Christmas Crib which is displayed in the forecourt every Christmas. There are fine views of the city from the roof of the building, just below the clock tower. Below is the view North alongside High Street and Parliament Street, with St. Canice’s Cathedral can be observed in the distance. 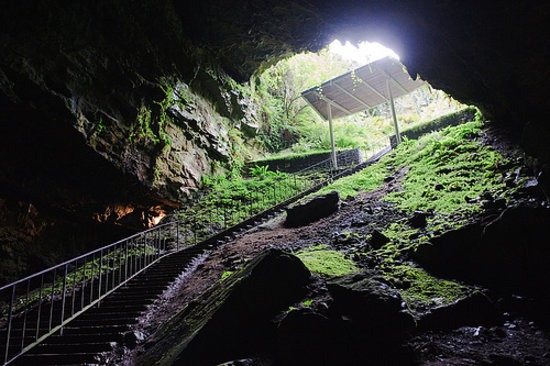 One of Ireland’s limestone caves, this one is famous for a Viking massacre of 928, in which nearly a thousand of innocent people were murdered. This Irish cave consists of a series of chambers which were formed over the centuries and has some of the oldest calcite formations. It also contains the Market Cross which is nearly 6 meters in length. The cave became a show cave in late 1960 with the first tour taking place in 1967.

Extraordinary example of Cistercian monastery with a magnificently sculptured cloister arcade.  Abbey dates back to 1158 and was founded by the King of Ossory. This abbey is looked after by Office of Public Works and it is open all year around for visits, though opening times may vary. The Visitor Centre houses an interesting exhibition and guided tours are available. 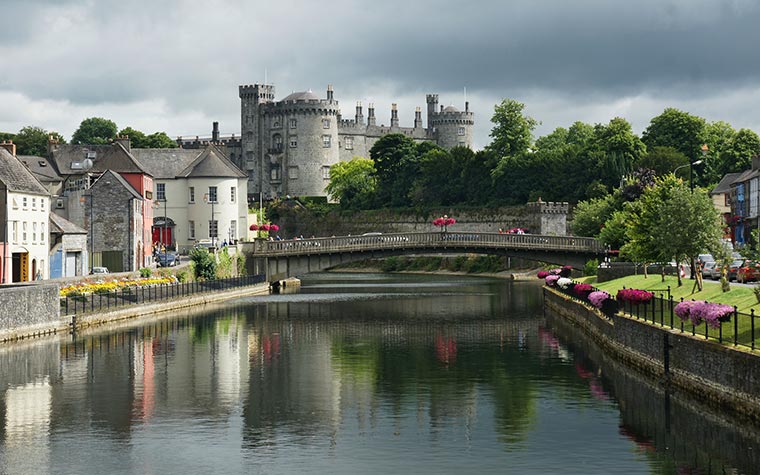 Kilkenny Castle was built by Normans and was completed in 1213. The castle had an important role in the defenses of the town and was later occupied by several influential families.

A visit to Kilkenny Castle can include more than just taking a guided tour. Explore the gardens and take a stroll along the river Nore. Families with younger kids will appreciate the fact that the grounds feature a playground, and any and all visitors can benefit from the big restaurant where you can hot and cold beverages and snacks. 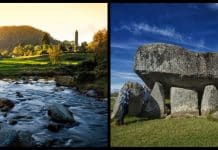 The 10 best things to do in south-east Ireland, ranked