Gaelic football is the most popular sport in Ireland, and with 2,126 club teams in Ireland and 2,158 globally, they are the heartbeat of the sport.

Your club is your first loyalty and All-Ireland success is the pinnacle of which all clubs aspire to.

Antrim club outfit St Gall’s earned their spot on the top 10 Most Successful club teams as a result of their dominance through the 2000’s.

Croke’s have been one of the strongest club teams of recent years, winning the All-Ireland in 2017 and finishing as runners up this year to Corofin.

In total, they have won a record 13 Kerry titles, 8 Munster championships and have climbed the steps of Croke Park as All-Ireland champions on two occasions.

While Baltinglass have not won a provincial championship since 1989 and an All Ireland club title since 1990, the Leinster club are deserved of their spot in the top 10.

With 22 Wicklow championship titles to their name, most recently in 2016, the club are regular contenders and can add to their number in years to come.

Bellaghy are the most successful club team in Derry with 21 championship titles, but have not won one since 2005 in the face of Ballinderry and Slaughtneill dominance.

However, with a distinguished four Ulster championships they are joint-third on the list. Being crowned All-Ireland champions in 1972 cements their spot on this list.

Corofin have truly established themselves as the best club team in Ireland at the minute, winning the last two All-Ireland titles, and another in 2015, with four in total. They are one of four teams to win the trophy in two consecutive seasons.

With 20 Galway titles and a record 9 Connacht championship wins, the men from Galway are sure to add more to their haul as the years go on.

With a record total of 29 Dublin championship titles and joint record of 7 Leinster championships, St Vincent’s kick off the top 5 most successful club teams strongly.

Ballina of Mayo sit comfortably high in this list as a result of their stunning haul of 36 Mayo senior championship titles. The majority of these titles came in the early 1900s and the last in 2007.

However, with 3 Connacht club titles and an All Ireland victory to their name, they have earned their position as the fourth most successful club team.

Portlaoise are the most successful team in Laois with a resounding 34 titles, double the amount of second placed Stradbally and are tied with St Vincent’s of Dublin with 7 Leinster titles.

Their sole All-Ireland victory came in 1983, and boast an impressive record of 9 in a row Laois titles from 2007-2015, while they have won the last two.

Nemo hold the record for the number of All-Ireland club titles with an exceptional 7. They are also Munster’s most successful team with 16, a record which shows three in a row between 2000-2002 and as recent as 2017.

Crossmaglen are the undisputed number one side of club football. They have the second most All-Ireland titles with 6. They have won it consecutively on two occasions, the only team to do so.

They have a record 44 Armagh titles, the most club title victories for any team in Ireland, 30 more than the next in Armagh and have regained their status as Armagh champions in 2018 after a barren period of 3 years.

The clubs are the heart and soul of the GAA, and thousands of players across the country compete voluntarily with the people they grew up with the pursuit of success.

With ten different counties and all four provinces represented, the top 10 list of successful club teams shows how special and competitive the championship is. 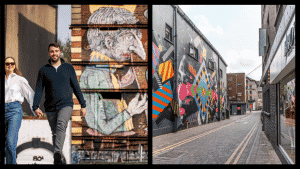