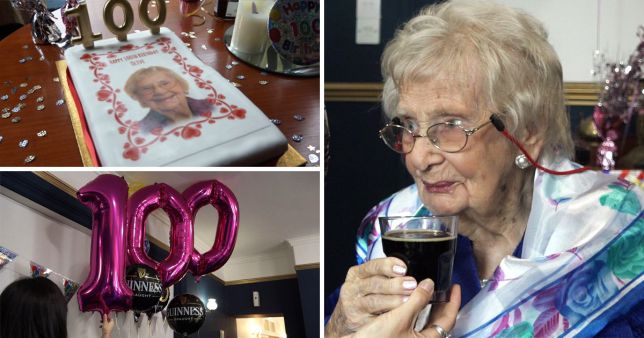 A woman from the UK, Doris Olive Netting, drank a glass of Guinness every day for over 70 years. She tanked the famous Irish stout’s old marketing slogans for helping her discover that “Guinness is good for you.”

The Englishwoman, who became famous for her secret to a long-life, passed away recently at the old age of 100.

“If anyone knows the secret to a long, healthy life, it’s a centenarian. Doris Olive Netting credits her good health to drinking a glass of Guinness every day for about the last 70 years.” https://t.co/MMWJeSZ4QK from @VinePair pic.twitter.com/kcebJR1MG1

Many have claimed that Guinness is good for your health in several ways. For example, some actually argue that it benefits pregnant mothers (we’d take that with a pinch of salt!) to how it may improve your hearing in general (fascinating).

We could debate the health benefits, but one thing is undoubtedly right, most Irish people love a good pint of the black stuff!

After reaching the right old age of 100, Netting passed away in mid-August this year. Netting’s family said that she will be remembered for her smile, sense of humour and of course… her love of an ice cold glass of Guinness!

Netting’s love story with Guinness started back in the Second World War when she began the daily tradition that she kept until she was 100.

The Plymouth native always said that her good health was down to Guinness after first starting a daily routine of having a glass each day in her 30s. During this time, the Irish company’s old advertising campaigns claimed that the high levels of iron were good for your health.

“She absolutely loves Guinness, she’s had a bottle a day since the war,” her granddaughter Tammy Netting told The Sun Newspaper.

“She refuses to go a day without drinking it.”

Netting had even celebrated her century year this year. She received a letter from English Queen Elizabeth and had a Guinness-themed party with balloons, Guinness food treats, and of course, a glass of the black stuff.