As we approach the month of September and await — some of us with bated breath — the annual month-long Lisdoonvarna Matchmaking Festival held in that North Clare village for more than 150 years now — our minds turned to romance; as our minds often do here at Ireland Before You Die. So we asked journalist Ger Leddin to do a bit of serious research into some of the great Irish unsuccessful and ill-fated romances of days gone by in order that we mightn’t make the same mistakes.

“Romance is the glamour which turns the dust of everyday life into a golden haze” Carolyn Gold Heilbrun – American novelist, (January 13, 1926 – October 9, 2003.) With all due respect to M/s Heilbrun, I don’t think she dated many Irishmen.

You see, we Irish, unlike the French and indeed the Italians are not really known for being the most romantic lads on the planet. Now don’t get me wrong, we have our good points; we’re fairly honest, loyal and trustworthy.

But for many of us Irishmen, romance is sharing a bag of chips while walking her home after going Dutch on a cinema date.

In light of the above, it’s probably not surprising that our most notable and written about Irish love-stories have been both unsuccessful and unrequited. Let’s take a look at the Top Five. 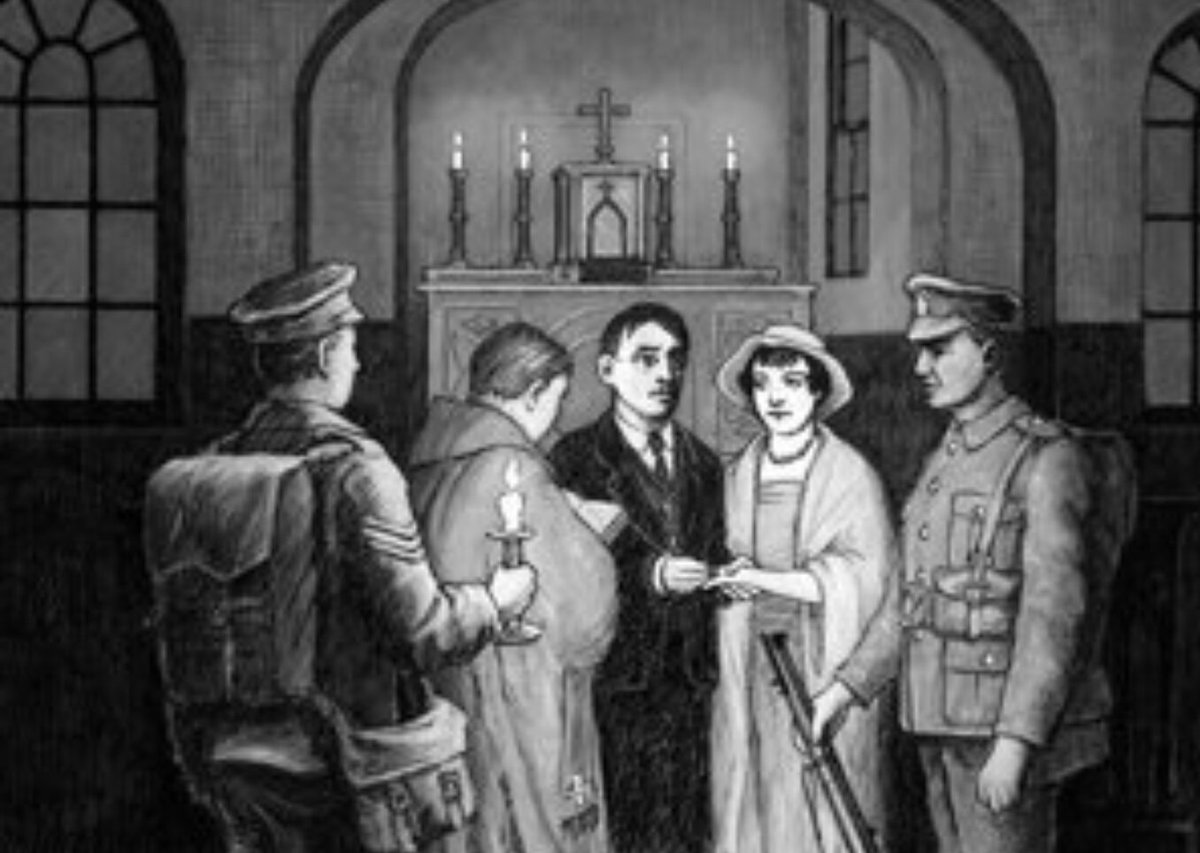 “Oh Grace just hold me in your arms and let this moment linger
They’ll take me out at dawn and I will die
With all my love I place this wedding ring upon your finger
There won’t be time to share our love for we must say goodbye.”

Everyone in Ireland must know the words of the love-ballad Grace, which tells the story of the final hours of the poet, journalist and revolutionary Joseph Mary Plunkett. Plunkett was executed in May 1916 at Kilmainham Gaol for his part in organising the Easter Rising of the previous month.

While awaiting execution a badly injured and ill Plunkett marries his long-time sweetheart Grace Gifford, to whom he had proposed to a year before. The couple had planned to marry on that Easter Sunday but the ceremony had been postponed due to the uprising. On Learning that Plunkett was to be executed at dawn on the 4th of May, Grace purchases a ring from a Dublin jeweller’s shop and persuaded the authorities to allow her and Plunkett to wed on the night before Plunkett was executed. Grace never remarried and died on the 13th of December 1955. 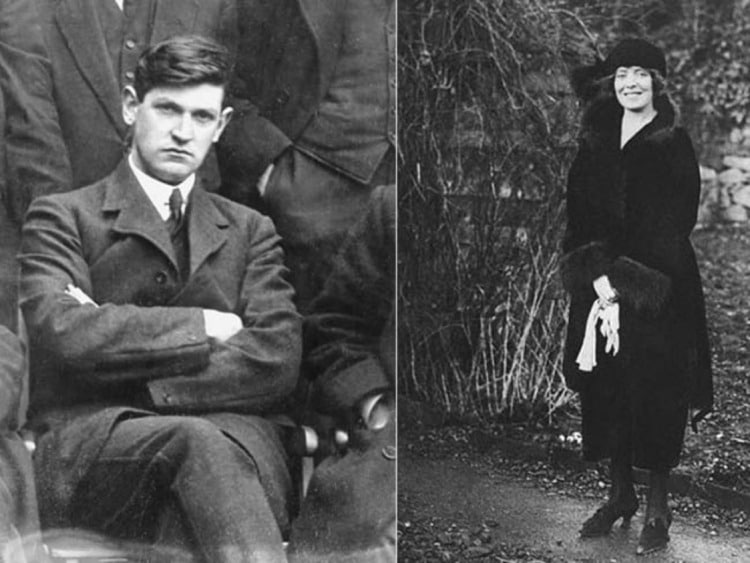 There must have been something in the water in the GPO that Easter Week of 1916 that resulted in ill-fated romances.

The legendary Michael Collins who during the Easter Rising served as Plunkett’s Aide de Camp in the GPO had his own romantic story to tell.
In 1921 he met Kitty Kiernan They fell in love and became engaged with plans to marry in November of 1922.

In July of 1921 during the War for Independence, Collins as Adjutant General of the Irish Volunteers, and Director of Intelligence of the Irish Republican Army was sent to London to negotiate peace terms with the British Government.

While Collins was in London, he and Kiernan keep up their love affair via a constant stream of love-letters during what must have been for him a stressful time.

They never got to marry as Collins was killed in August of 1922 in his home county of Cork, during the subsequent Civil War. Kitty Kiernan married someone else but is buried very close to Collins in Glasnevin Cemetery, Dublin. 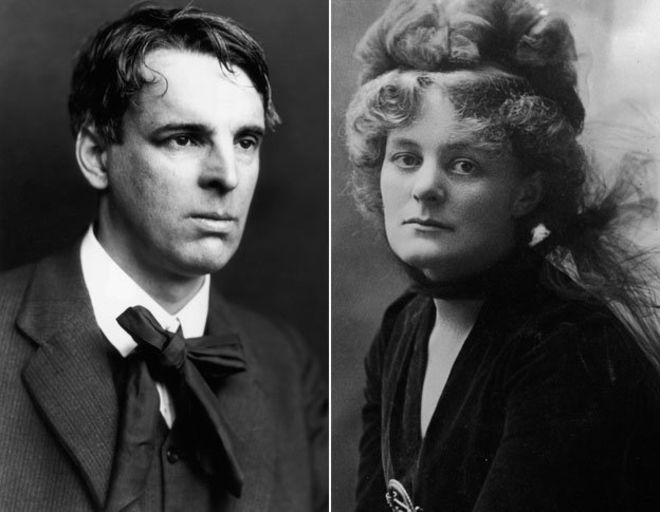 W.B. Yeats was one of Ireland’s most famous and celebrated poets, much of his work was inspired by the English born actress and Irish republican activist Maud Gonne. They first met in London during 1889 and Yeats fell madly head over heels in love with the beautiful but much younger than he, actress. Throughout the following years, Yeats pursued her relentlessly but his love was unrequited.

Yeats first proposed to Gonne in 1891 and was turned down. This, however, didn’t dampen his passion, he proposed again on at least three subsequent occasions during the early 1990’s, each time Gunne refused and insisted that their relationship should remain platonic.

When Yeats told Gonne that he couldn’t be happy without her she replied “Oh yes you can, because you make beautiful poetry out of your unhappiness. Marriage would be such a dull affair. Poets should never marry. The world should thank me for not marrying you.

Gunne added to Yeats’ pain by marrying Major John McBride in 1903. The marriage was by all accounts a disaster causing Gunne to unsuccessfully sue for divorce.

After McBride was executed in 1916 for his part in the Easter Rising, Gunne returned to Ireland where she was again pursued by Yeats who proposed once more. On being rejected for this the final time, the then fifty-one-year-old Yeats proposed to Gunne’s twenty-two-year-old daughter Iseult who considered it for a time but like her mother also turned him down. 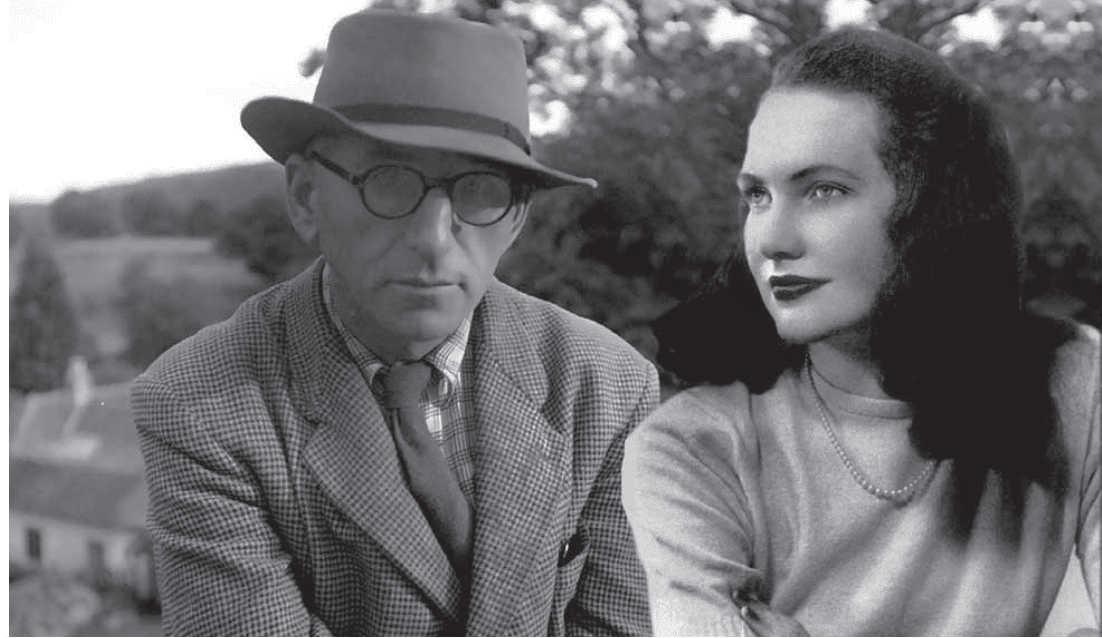 “On Raglan Road on an Autumn Day,
I saw her first and knew
That her dark hair would weave a snare
That I may one day rue”

Everyone in Ireland must know or at least of heard the song based on the 1946 poet by Patrick Kavanagh. But few know the story of the again unrequited love which inspired Kavanagh to write it.

Kavanagh was an impoverished poet living in a boarding house on Raglan Road in Dublin when he first noticed the strikingly beautiful young medical-student, Hilda Moriarty, as she made her way to college each day.

Dr Moriarty who later married Donagh O’Malley who served as a minister in successive Irish governments told of her relationship with Kavanagh in a 1987 interview with RTE and described how Kavanagh would often ask her to critique his work. “Can you not write about anything other than stony grey soil and bogs?” Kavanagh replied that he could and said: “I will immortalise you in poetry Hilda.” And so he did, writing a series of poetry dedicated to his Hilda.

As often happens in these things, the relationship went nowhere. Hilda putting it down to the age difference between them — Kavanagh being eighteen years her senior. 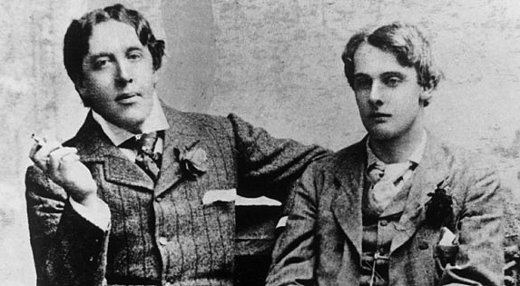 It’s hard to imagine in today’s Ireland but homosexually was once considered a criminal offence.

One of Ireland’s most famous and noteworthy writers and playwrights Oscar Wilde — author of The Picture of Dorian Gray and The Importance of Being Earnest once fell foul of the Law and was imprisoned on account of his love affair with another man, Lord Alfred Douglas who was the son of the Marquis of Queensberry.

It all happened in London during 1895 while The Importance of Being Earnest was being performed and while Wilde was at the height of his fame.
The Marquis of Queensberry allegedly made what Wilde considered to be defamatory remarks concerning Wilde’s relationship with Douglas; Wilde initiated proceedings for criminal libel. The libel action however backfired against Wilde when the investigation uncovered evidence that caused Wilde to drop the case and lead to his own imprisonment in Reading Jail on charges of gross indecency with men. On release from prison, Wilde fled to France where he wrote The Ballad of Reading Gaol a poem dealing with the harshness of prison life. Wilde never returned to Britain and died impoverished at the age of 46.

So there you are five tales of unfortunate love in Ireland, actually when you come to think of it perhaps the cinema date and the sharing of a bag of chips mightn’t be the worst approach after all.