Tayto is a name almost synonymous with the Irish culture. As Ireland’s leading crisp company, Tayto boasts the same prestige as Barry’s Tea, Kerrygold Butter or Ballymaloe Relish. And, all we can say is that we are proud to call Mr Tayto (the potato mascot of the brand) Irish, too.

Not only has the mascot accompanied a lot of us from childhood through to adulthood, but the brand’s expansion to now include its own theme park and zoo (Tayto Park) in County Meath ensures the iconic crisp company is going nowhere any time soon.

With so much on offer in its crisp range alone, one may wonder what the best flavours are? To settle the debate, here are the 10 definitive crisps from Tayto. 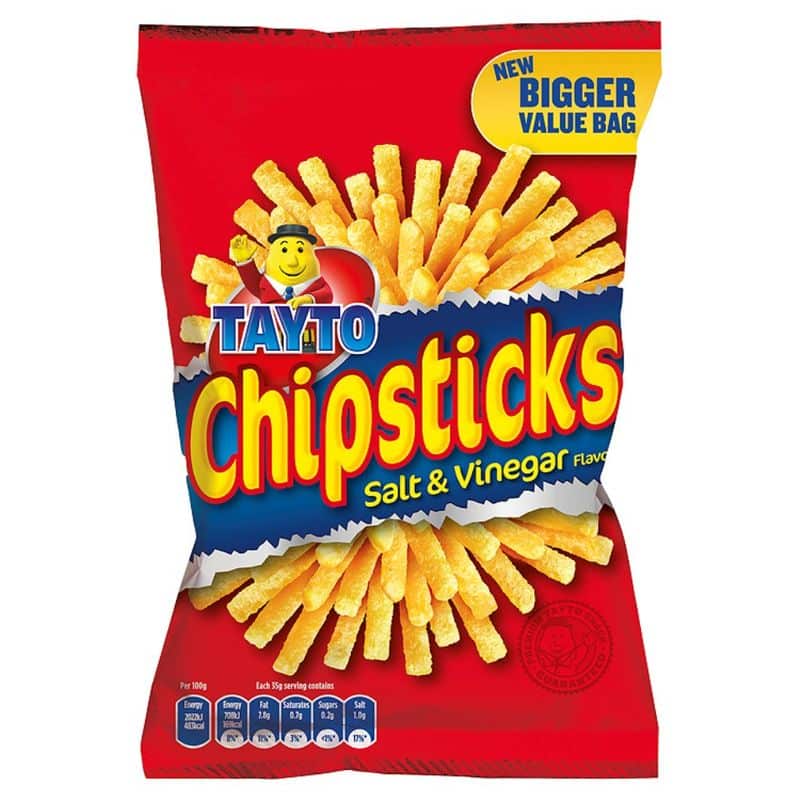 An oldie but a goodie, one could argue. This product has been around for years but continues to be stocked in front and centre of shops across Ireland. The salt and vinegar flavoured snacks are in the shape of French fries, or as the Irish would call them, “chips”, hence the name Chipsticks. 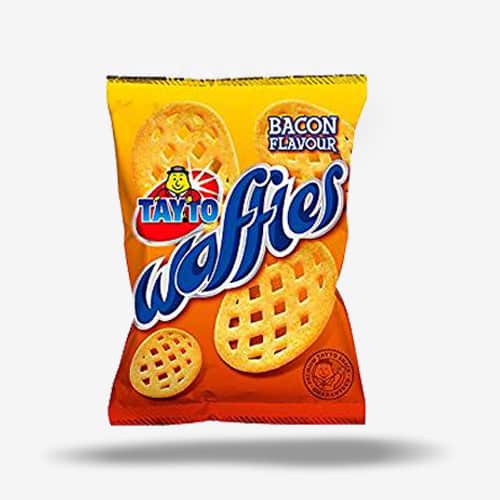 Waffles are another old-school contender on our “best of Tayto” list. These bacon-flavoured, waffle-shaped crisps are a favourite of many and are finger-lickin’ good, without a doubt. Just try one, and you’ll be hooked for life! 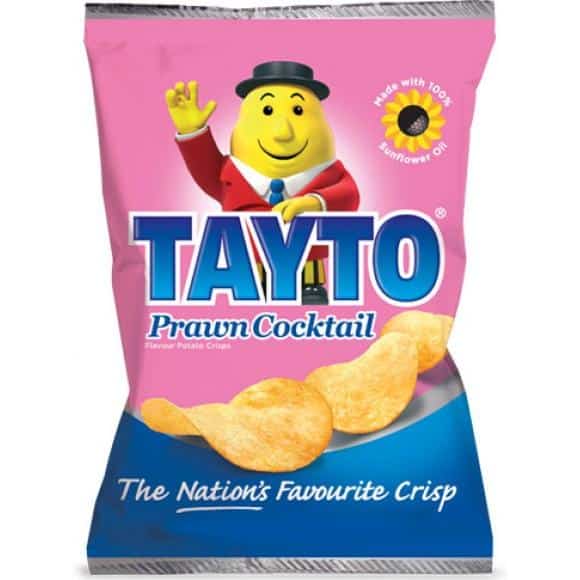 Number eight on our “best of” has got to go to Tayto Prawn Cocktail from the original Tayto Crisp range. This flavour makes up one of the four classic flavours and is as popular today as ever. 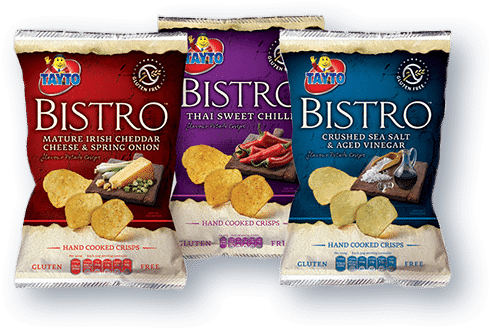 A modern addition to the Tayto product range is Tayto Bistro, a response to other crisp companies producing gourmet lines of, simply put, fancy crisps. The Crushed Sea Salt and Aged Vinegar flavour definitely has our support. 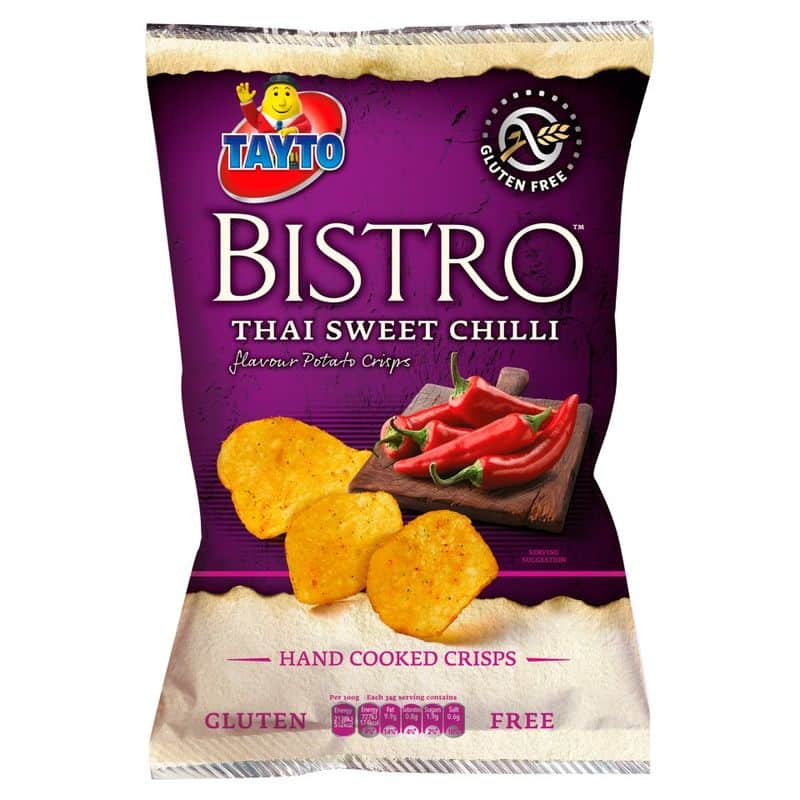 Another entry from the finer Tayto Bistro range is the Thai Sweet Chilli flavour. This delicate and zingy crisp is addictive as hell, and the concept of “just one” is impossible when you bring these Tayto crisps into the mix. 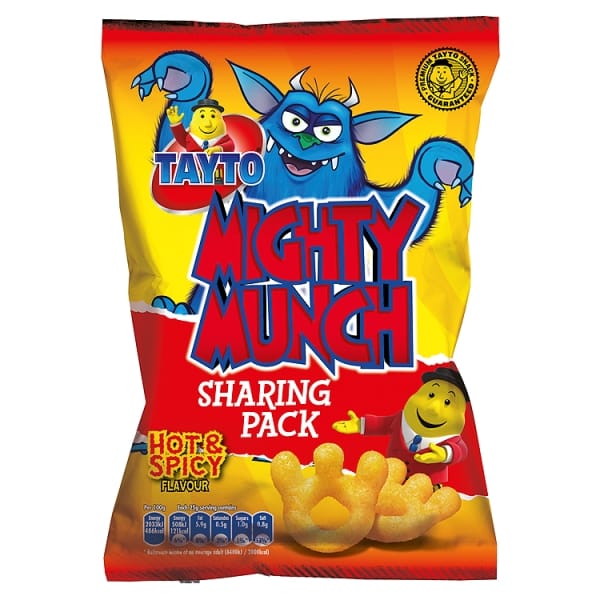 Mighty Munch steals fifth place in the ranking of “Top 10 Tayto Crisps”. Yep, this old school entry from the Tayto Snack range has been around for decades and is as popular as ever. Its hot and spicy flavour is finger-lickin’ good, and their smell alone is almost impossible to resist. Mighty Munch is certainly one of the most “addictive” on the list. 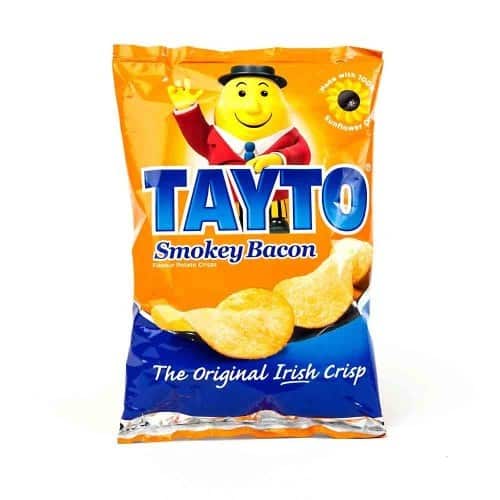 Fourth place is awarded to Tayto Smokey Bacon from the classic Tayto Crisp range. This flavour led the first ever release by the crisp brand (alongside cheese and onion and salt and vinegar) and clearly, it is still a top choice in Ireland.

For those of you looking for a more dynamic, fancier alternative to your crisp selection, try a pack of Mature Irish Cheddar Cheese and Spring Onion crisps from the Tayto Bistro range. These crisps pack and punch and are bursting with flavour – a definite advance from the standard Tayto Crisp range. Expect to eat one and then devour an entire bag; don’t say we didn’t warn you! 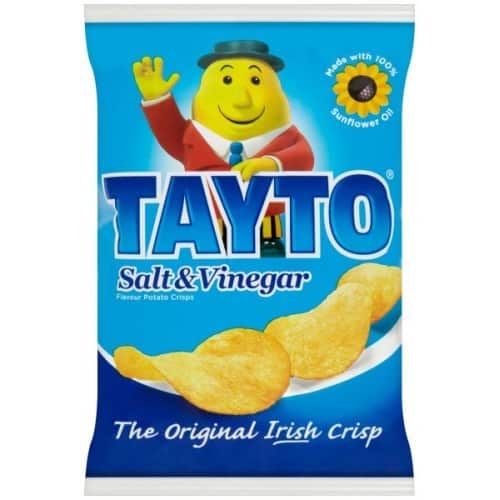 As great as it is to try all the new crisps on the block, sometimes the best you can get is the original. Salt and vinegar is the perfect example of this. As one of the initial three flavours in the first release from Tayto Crisps, it is safe to say it is still one of the best. In fact, salt and vinegar Tayto Crisps have been sitting proudly front and centre in shop displays for more than half a century! 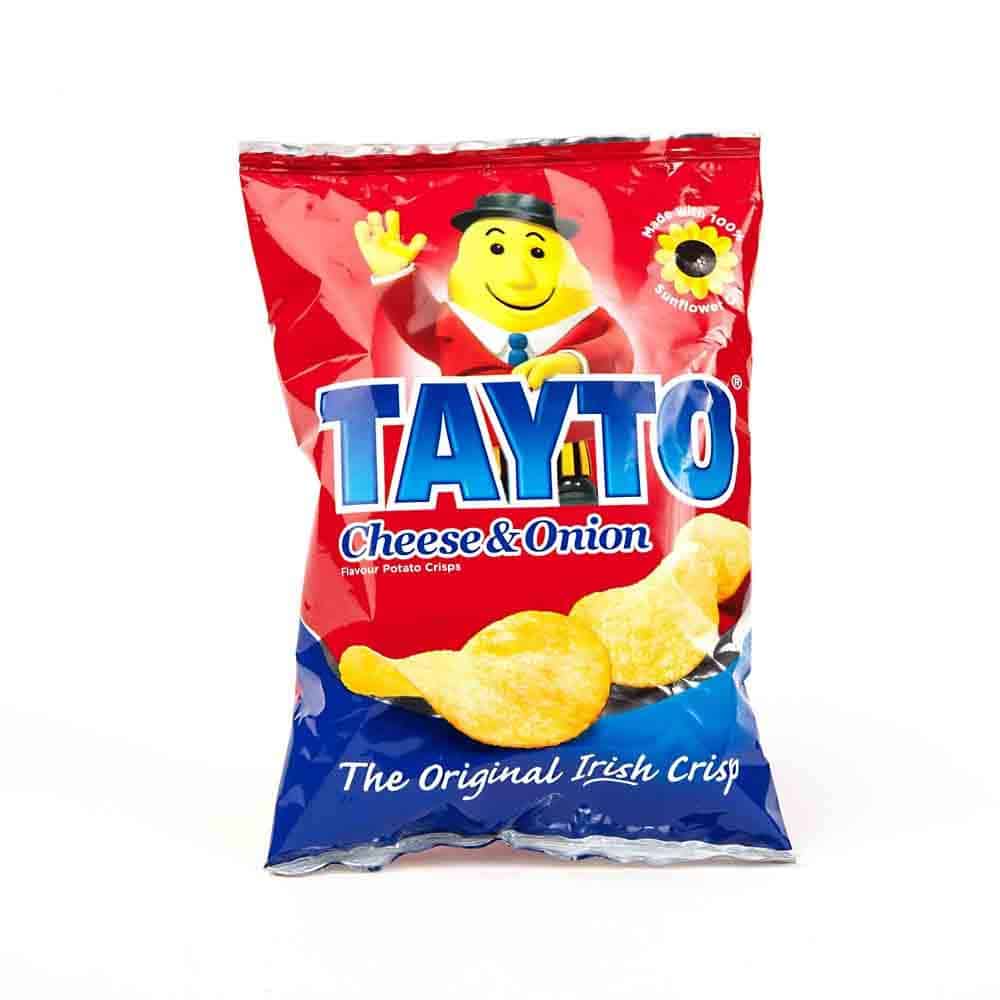 Number one spot on our list has got to go to the one and only, cheese and onion Tayto Crisp. This is the ultimate potato chip and a proud part of Irish culture since way back in 1954 when founder Joe ‘Spud’ Murphy invented it – the world’s first-ever seasoned potato chip. As popular now as it is back then, it’s hard to imagine life without these little golden-fried pieces of heaven.