Skip to content
Home » Destinations » Counties » Dublin » The National Leprechaun Museum: How does it stack up? 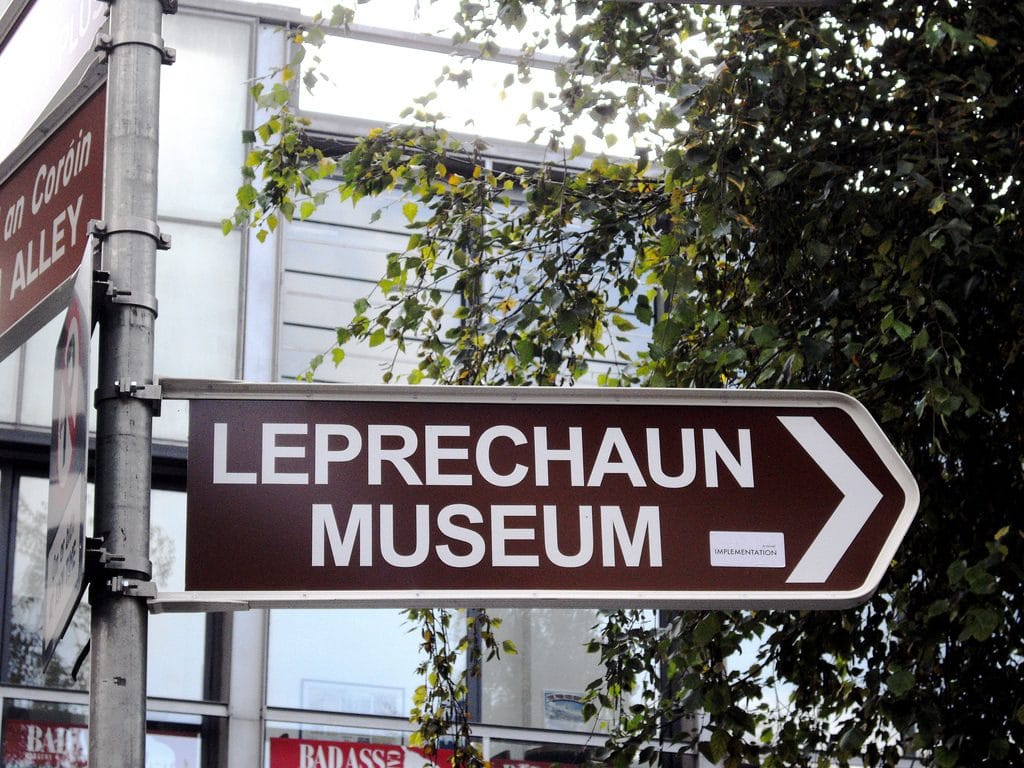 There are many aspects of Irish culture famed the world over, but few capture attention like the folklore and legends of the leprechaun.

Appearing in television, film, and literature, these creatures have proven popular enough to stand the test of time for centuries, showing no sign of waning interest.

Among the many to draw inspiration from this form of fairy is Dublin’s National Leprechaun Museum (NLM). Established in March of 2010, this privately owned business operates as one of the world’s most dedicated spaces to this corner of Irish mythology.

Open seven days a week, this museum offers guided tours that follow the origins of leprechauns and their influence.

Interestingly enough, this extends to night tours, where the DarkLand tours (only for ages 18+) explore the darker side of Irish history and how leprechauns related to the mythological beliefs at the time. 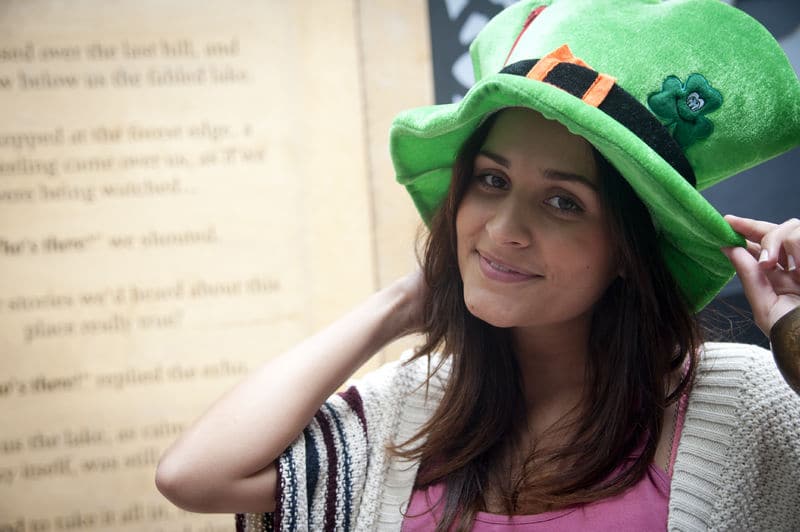 Each room of the NLM serves as the staging ground for different topics. The most popular here include a scaled-up room to give visitors a sense of how a leprechaun might see the world and a look at how Walt Disney’s visit to Ireland helped inform his 1959 film Darby O’Gill and the Little People.

Of course, this is, at its heart, a tourist attraction, so the primary concern is providing an accessible and interesting view of leprechauns.

While the NLM certainly sits on the higher end of the rankings when it comes to technical accuracy, those wanting a more in-depth study of leprechauns and their history are going to have to turn to more established and less tourist-accessible information.

Where did the leprechaun come from? 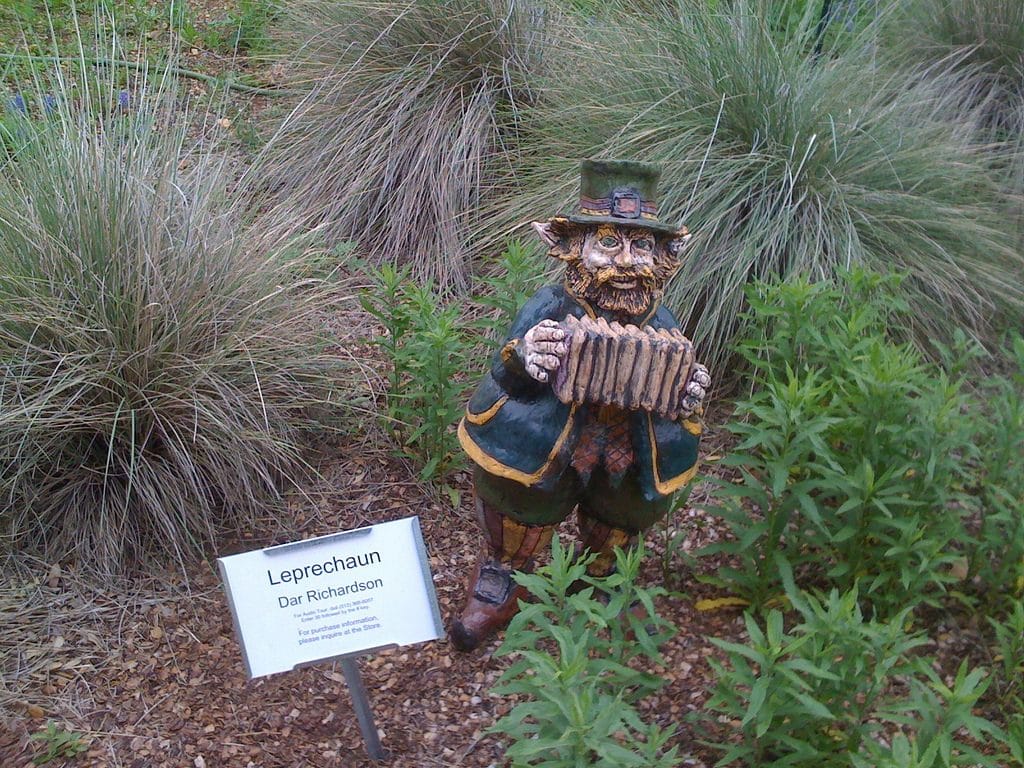 Tracing the origins of the leprechaun is a difficult task because of how human mythology originates and evolves. Different regions have different accepted understandings, based on their own local history, and the sheer variety of similar types of creatures can often muddle the waters of cultural perception.

Tracing back to the 13th or 14th century, the generally accepted progenitor to the story is the Irish tale of Fergus mac Léti. Considered part legend and part traditional history, this tale is based on an ancient king of Ulster.

Here, Fergus, ruler of the southern half of Ulster, becomes the eventual king of the entire province, but is dragged off in his sleep by little water-sprites called lúchorpáin or “little bodies”.

Waking before they manage to drown him, Fergus captures these creatures, who then beg for their freedom in exchange for three wishes.

Serving as a basis for the myth, this was eventually built on over time to include the common additions of today. An often seen component here is their treasure ‘crocks’, ostensibly buried at the impossible-to-reach end of a rainbow.

While the modern version of the leprechaun has a distinct green colour scheme, it appears that this is more of a generalisation of modern commercialisation and mass-interest than the historical record.

Traditionally, leprechauns have been portrayed as dressed in red and black, though their fancy dress has remained a more consistent theme.

What do we see of the leprechaun today?

The modern leprechaun is much like the modern Santa or so many other older folktales in that it includes aspects to generate interest as much as it offers a real appeal to historical folklore accuracy.

Unlike most other modern versions of folktales, however, the leprechaun actually appears as one of the more accurate representations of mythology to stand the test of time.

Many of our older readers might have remembered seeing the Darby O’Gill and the Little People Disney film growing up, and modern popularity owes no small part to this animated movie.

Even back then, Disney was an enormous force in the entertainment world, and this popularity helped raise awareness of the concept of leprechauns far abroad.

Also aiding considerably in public visibility, especially in America, are the Saint Patrick’s Day celebrations. Originally designed as a form of reverence for the death date of Saint Patrick on the 17th of March, 461, this holiday has gone on to become a greater celebration of Irish culture, including the leprechaun.

On a more contemporary level, the leprechaun has made a resurgence as a horror icon in the Leprechaun film series, including the 2018 entry Leprechaun Returns, though their influence ranges much wider than just film and television.

As a topic of mythology, leprechauns have also found themselves as key components in video games.

As a topic of mythology, leprechauns have also found themselves as key components in video games. This doesn’t just mean as side characters within games either, as there are some full online bingo games and slot games like Rainbow Riches that draw from this theme and perform extremely well internationally.

As a cultural touchstone 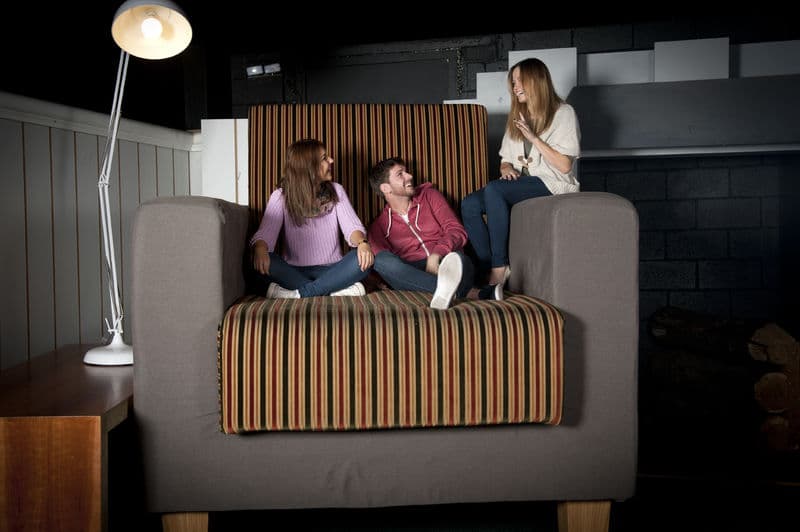 When given the opportunity to think of a visual medium to illustrate Irish culture and heritage, the leprechaun is generally towards the top of the list, but it doesn’t quite stand as the most common symbol.

Instead, the shamrock, often confused with a four-leaf clover, is generally considered the most obvious cultural symbol from contemporary Irish culture.
Other commonly given examples in this area are the colour green, the concept of Irish luck, and Irish folk music.

The colour green, in particular, is often thought to represent to the verdant greens of the Irish countryside, so outsiders are often surprised that it actually draws from a political background.

Serving as a cultural touchstone in the Great Irish Rebellion of 1641, the colour was adopted as a basis for a flag for those who stood against the authority of the English crown.

Standing in stark contrast to the English blue, this was meant as a rallying point, and obviously, this contention between the two nation remains an issue to this day.

As a symbol then, the leprechaun has played an important part, especially in popularisation, but it in no way represents an enormous quantity of Irish culture.

Rather, it is a small part which, acting in conjunction with other symbols, has helped draw attention to Ireland as a nation far greater than almost all other countries of similar size.

Perhaps in this way, the leprechaun could be seen as something similar, with its enormous potential and worldwide popularity despite its relatively small size.