You’ve definitely heard of these ten famous myths and legends from Irish folklore! Which is your favourite of these famous Irish legends?

Mythology and Ireland go hand in hand. The Irish tradition of storytelling has been a staple of our popular culture since the dawn of time.

Irish songs, tales, and limericks spread the world as the Irish emigrated and some of the best-known stories can be recounted the world over.

Some of the earliest manuscripts covering Irish mythology date back to the late 11th and early 12th century. Other important sources from the 14th century are also often consulted. This highlights the significance of this popular tradition in Irish life throughout the centuries.

From fairy trees to Saint Patrick, this oral tradition has been part of the fabric of Irish life. So, here are the ten most famous myths and legends in Celtic and Irish mythology.

10. The fairies – living all around us

One of the best Irish myths and legends has got to be the belief in fairies. If you haven’t heard of fairies, then you’ve likely been living under a rock as they’re one of the better-known Irish legends.

Fairies were said to live in “cnocs agus sibhe”. In Irish, this means mounds of earth, where the fairies are ruled by a king or queen.

Maybe you’ve heard of the Celtic myth of the banshee, written in Irish as “bean sídhe”, known culturally as the “fairy woman of death”.

It is said that if you hear her wailing and shrieking that there will soon be a death of someone you know. She cries to warn the family of upcoming death.

9. The Pooka – beware these shape changers

The pooka (or púca) are shape-changers that are some of the most feared creatures in Irish mythology and folklore. According to Irish stories, they were said to bring either good or bad fortune to those who saw them and were particularly feared around times of harvest.

They often frequented the form of a wild dog, with red sulphurous eyes, but could also take the form of a goblin or human with animal features. According to Celtic mythology, they are often written as evil and bloodthirsty.

Still, there are also tales of them warning humans of accidents or being harnessed as protection.

8. The message of the butterflies – full of good luck

According to Irish mythology and folklore, butterflies are said to move between worlds and bring messages and warnings. They are said to be souls, waiting to be reborn on earth.

This is perhaps why butterflies still play such a prominent role in material culture today, with a wide range of clothes, stationary, and other good coming decorated with butterflies.

So, next time you see a yellow butterfly, it might be a good idea to put a bet in at your local bookies.

7. Mermaids – stay away from these sirens!

The myth of mermaids in southern Europe tells of fair-faced, beautiful women. Irish legends and famous stories, however, describe cold water mermaids or “merrows” as pig-faced with sharp teeth.

In Ireland, mermaids would sometimes be referred to as ‘merrows’. This term appeared in folktales throughout the 19th century.

A mermaid was said to be formed when a woman was drowned in the creation of Lough Neagh. They were also said to come ashore and have relationships with men, before leaving them and returning to the sea.

6. The leprechauns – the most famous little people

Leprechauns or “Leath bhrògan” are the cultural symbol of Ireland, with their names translated from ‘shoemaker’. They were said to roam Ireland before humans, with a unique hat and red hair.

In oral tradition, it is still said that you can find their pot of gold at the end of a rainbow, so if you visit Ireland, be sure to have a look. Be careful though, leprechauns may look friendly, but they are not to be trusted.

These little people have been immortalised through famous stories, such as the Disney classic, Darby O’Gill and the Little People.

5. Macha, Goddess of the Horses – one of the best myths and legends from Irish folklore

An old Irish legend of Ulster tells of Macha, a mysterious woman rumoured to be magic, who was forced to run against the king’s horses while pregnant to pay for her husband’s crimes.

The pain she suffered caused her to cast a curse on the men of the town, who were said to suffer labour pains for nine decades following. She is often associated with Navan Fort in County Armagh.

4. The pixie in love – one for all those romantics

This Irish myth is about a leprechaun named Coll encountering an evil fairy named Aine who had transformed into a beautiful goblin. They spent hours talking, until the empress of malevolent fairies cast a hex on Aine, turning her into a magpie.

Coll consulted the queen of the good fairies who promised to remove the spell if Coll found her and confessed his love. Eventually, he did, and Aine was restored to her prior form.

3. The harp – the story behind our national symbol

It is said that evil gods stole the first harp from the Dagda, a king in Irish/Celtic mythology. The lack of music in Ireland caused sadness to pass over the country until Dagda turned to art to cheer them up.

Eventually the evil gods gave it back to them, and joy returned to the land. This is how the harp became a national icon of Ireland and became cemented in the folk music tradition, everyday life, and popular culture of Ireland.

Dagda was one of the most legendary heroes from Celtic folklore. He was a god of the Tuatha Dé Danann from the Mythological Cycle.

This three-leafed clover is not only a feature of Celtic mythology, it was very important in Irish legend in the spread of Christianity.

It concerns St. Patrick (Saint Patrick) as he tried to educate the Celts on the Holy Trinity, but they could not understand what he was trying to say to them.

St. Patrick saw a clover before him and decided to use it to explain the three strands of the Father, the Son, and the Holy Spirit as one.

The Celts finally understood what he meant, and that’s how the shamrock became so important in Irish history and social tradition.

1. The Dullahan – the terrifying tale of the headless horseman

This fairy is known in Irish mythology and folklore as a headless rider on a black horse, carrying their head in their arm.

He was said to ride fast through the counties of Down and Sligo, and if he suddenly stopped, it meant that someone in the community was due to die.

This legend gave inspiration for the character in Sleepy Hollow, played by Johnny Depp.

Now you’re equipped with knowledge of myths and legends from Irish folklore, you are safe to wander through the most rural parts of Ireland.

As the Irish emigrated throughout the world, they brought Irish mythology with them. They soon became one of the greatest storytelling countries in the world.

Other notable famous myths and legends from Irish folklore

Our top ten list of stories and figures from Celtic mythology is far from exhaustive. So, we are going to make some notable mentions that you should be aware of from Celtic folklore and Irish culture.

Aside from the story of Fionn mac Cumhaill and the Fenian Cycle, there are three other major cycles in Celtic myth. These are the Mythological Cycle, the Ulster Cycle, and the Historical Cycle.

Also in this cycle is the Celtic myth of the son of Fionn mac Cumhaill, Oisín, who followed Niamh to Tír na nÓg, the land of eternal youth.

One of the most famous Irish heroes, Cú Chulainn, is associated with the Ulster Cycle. Cú Chulainn is reputed to have had superhuman fighting skills that make him one of the foremost legends from Celtic myth to this day.

The final cycle is called the Historical Cycle, which centres around the Ancient Kings.

FAQs about famous myths and legends from Irish folklore?

Is Celtic and Irish mythology the same?

What is the most famous myth in Ireland?

The story of Fionn mac Cumhaill or Cú Chulainn and the Tuatha Dé Danann of the Ulster Cycle are some of the most famous Celtic myths.

How many gods are there in Irish mythology?

The Irish pantheon includes over 400 gods.

What is an Irish fairy called?

What is an Irish elf called?

Leprechauns are comparable with elves in Irish folklore.

What are Irish Sidhe? 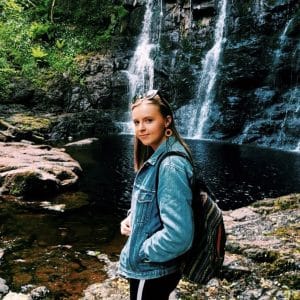