Ireland has a glorious landscape, from the Burren to the Wicklow Mountains and from The Giant’s Causeway to the windswept beaches of Kerry, our beautiful scenery is simply crying out to be photographed.

In this feature, our journalist and photographer Ger Leddin lists ten ways that you can make your landscape photographs stand out. 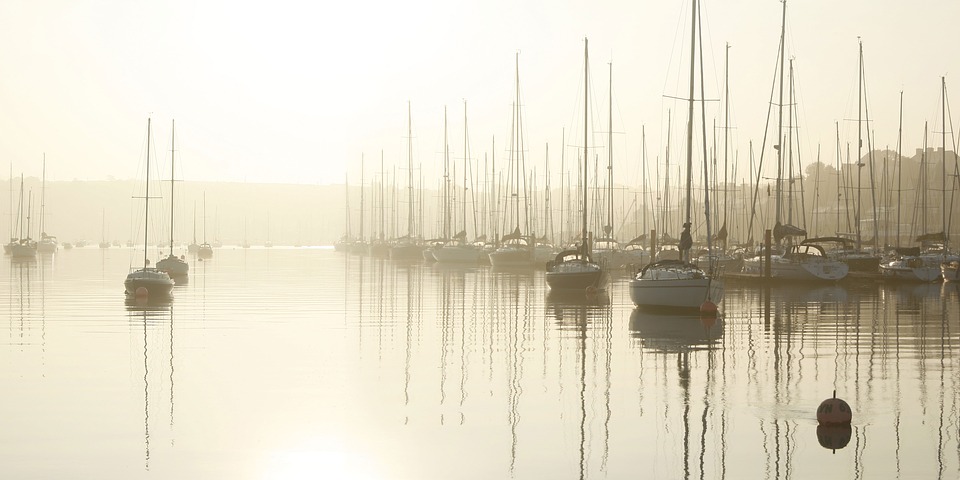 It’s all about light and the way in which your camera — be it the most complex digital SLR or the simplest point and click on your mobile — captures the light.

Experienced photographers know this and take time to adjust the camera settings accordingly and manage the ambient light allowed through to the chip.

However, if you’re the type who lets the camera’s internal light meter make the decision as to how much light to register on the chip or film in the old days, well then at least help it to make the right adjustments.

Cameras are set by manufacturers to measure the light being reflected of what is seen in the viewfinder. These internal meters assume that the subject is reflecting 17.5% of the light which is falling on it.

This assumption can often be wrong; simply put a bright sea or snow-covered landscape will reflect much more light than that magic 17.5% and mislead your camera causing it to underexpose (leave in insufficient light.)

Alternatively, if your camera sees a predominantly dark subject in its viewfinder it will automatically assume that there is very little available light and subsequently overexpose.

Remember most fairly decent cameras have an exposure lock function whereby you can point the camera at what is a standard area of your scene, allow the camera to measure the exposure then you lock in that exposure, recompose and take your picture.

As an aside, green grass, Caucasian skin and certain photographic grey cards reflect that magic 17.5% of the light falling on it.

The above picture shows a harbour scene where the light levels would play havoc with a camera light meter. 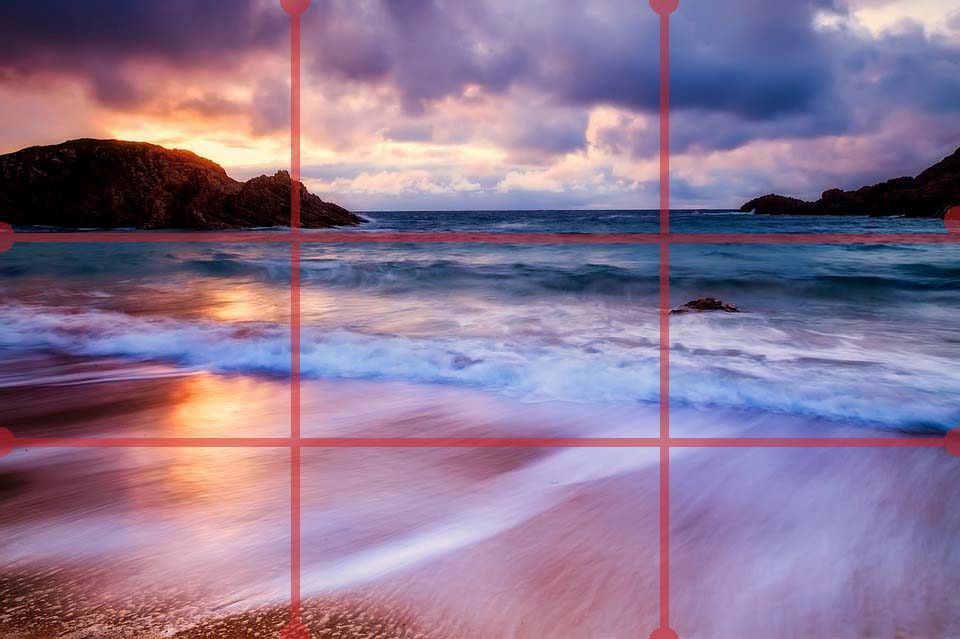 All great landscape paintings and photographs follow some basic rules of composition. These are far too detailed to go in to in any great depth in this simple narrative. But just to give you an idea there is one rule which is handy to remember called The Rule of Thirds.

Your viewfinder is a rectangle when taking a photograph to try to imagine that the rectangle is dived into thirds horizontally and vertically and try to position yourself or change the camera angle so that the major elements of the scene fall on one of the thirds.

This is only one of the many “rules” in photography but having said that rules can be broken to suit whatever you are trying to achieve.

Have a look at the above seascape where I have marked in the divisions. 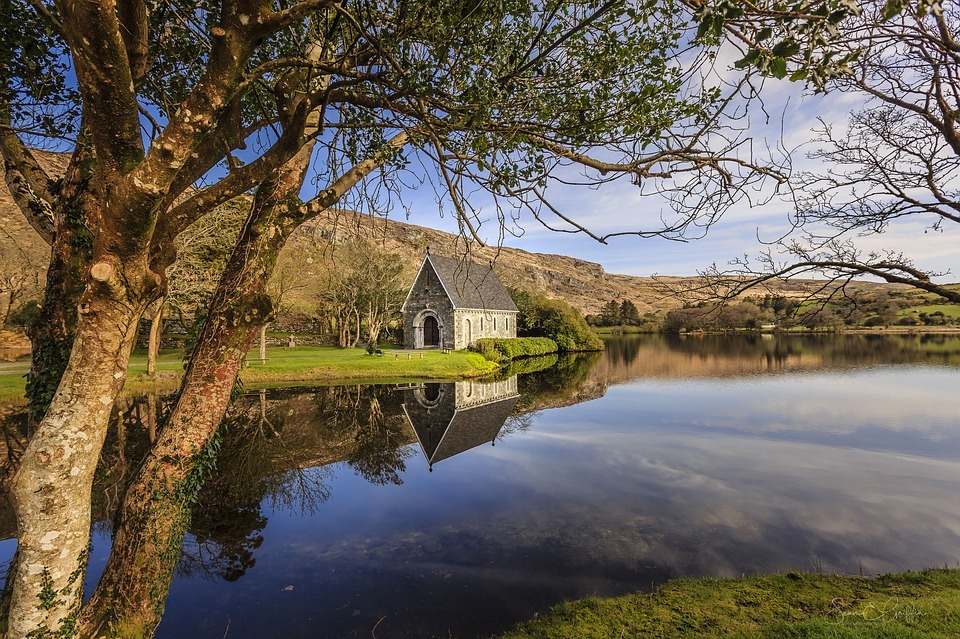 Using a frame in which the overall scene can be viewed often helps not only to enhance the photograph but can also hide what may be a boring or overexposed sky. In the above photograph, the photographer has cleverly used the tree and its branches not only to frame the scene but also to draw the viewer’s eye in towards the church. 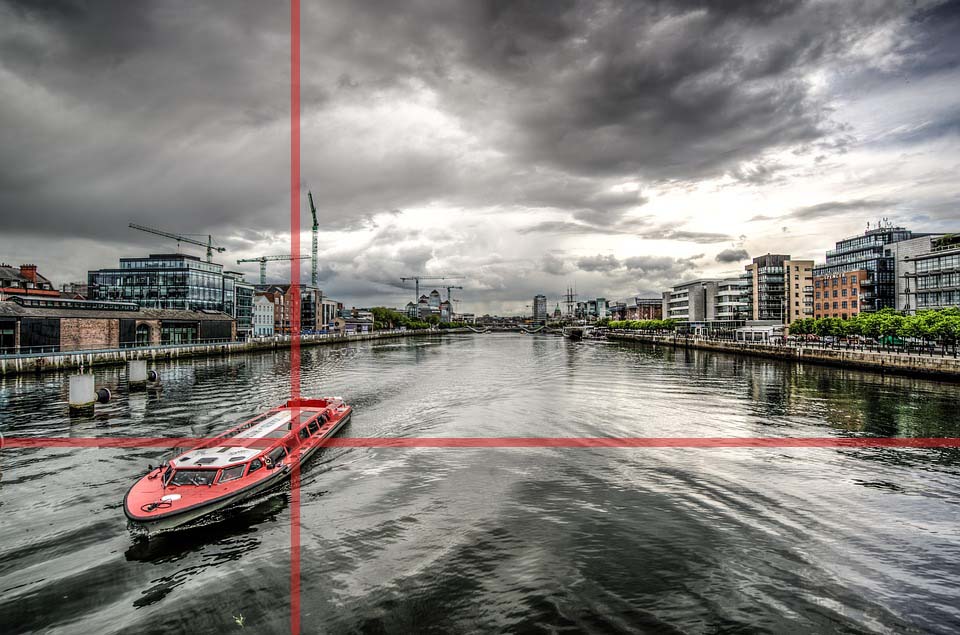 Look for lines to draw the viewer’s eyes into the picture and bring their attention from one end of the frame to the other, making it easier for their mind to read and holding the viewer’s attention for longer.

This picture above uses this technique very subtly. You will notice that the banks of the river and even the ripples on the water seem to draw the eye deep into the picture.

You will also note that the barge is placed on left vertical and lower third of the frame as mentioned in paragraph 2.

5. Use a tripod or a beanbag 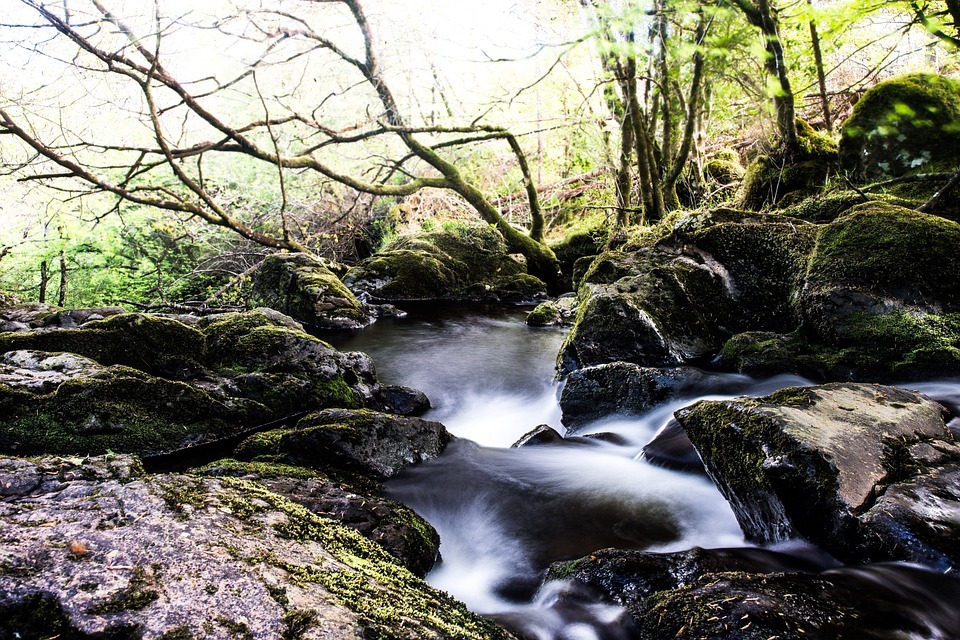 All cameras whether or not they are the most expensive top of the range or the cheapest point and click use two ways to control the light reaching the sensor.

On some manual adjustment cameras you can control this for creative effects on others you can’t and will have to let the camera make the decision for you. One of these ways is called the shutter speed. Basically, the camera’s shutter remains open for longer or shorter periods of time dependent on the amount of available light.

It’s important to remember that the longer the camera remains open the more susceptible it is to camera movement (camera-shake) and of course, subject movement (motion-blur.) A tripod or even something as simple as resting the camera on a beanbag can allow you to take better pictures in low-light conditions.

Have a look at the above picture and notice how the photographer managed to allow the water to blur by using a slow shutter speed. 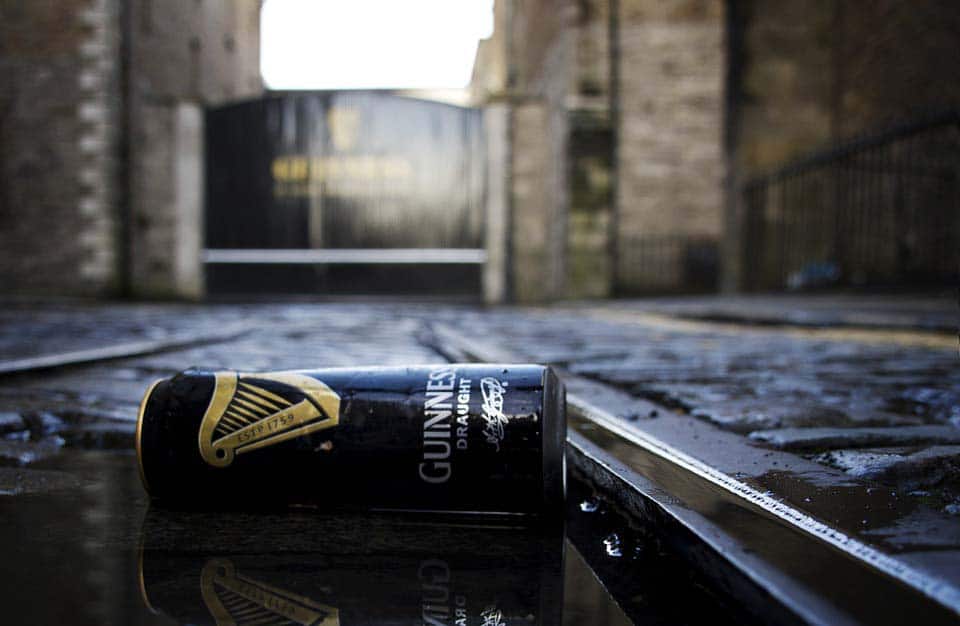 Again with some cameras, this can be set by the photographer and with others, the camera will adjust itself automatically.

The aperture chosen has an effect on what is termed Depth of Field, again to put it simply this means the amount of the scene in front and behind the main focal point that falls into acceptable focus. One point to note is that the longer the focal length of the lens the more pronounced this effect is.

Take a look at the above picture and notice how the photographer has focused on the Guinness can and by using a larger aperture allowed the background to blur; using a smaller aperture would have brought the gates in the background into sharper focus but perhaps a less interesting photograph.

You will also notice how the track lines draw your eye into the picture and how the clever use of the can’s reflection adds to the overall interest. 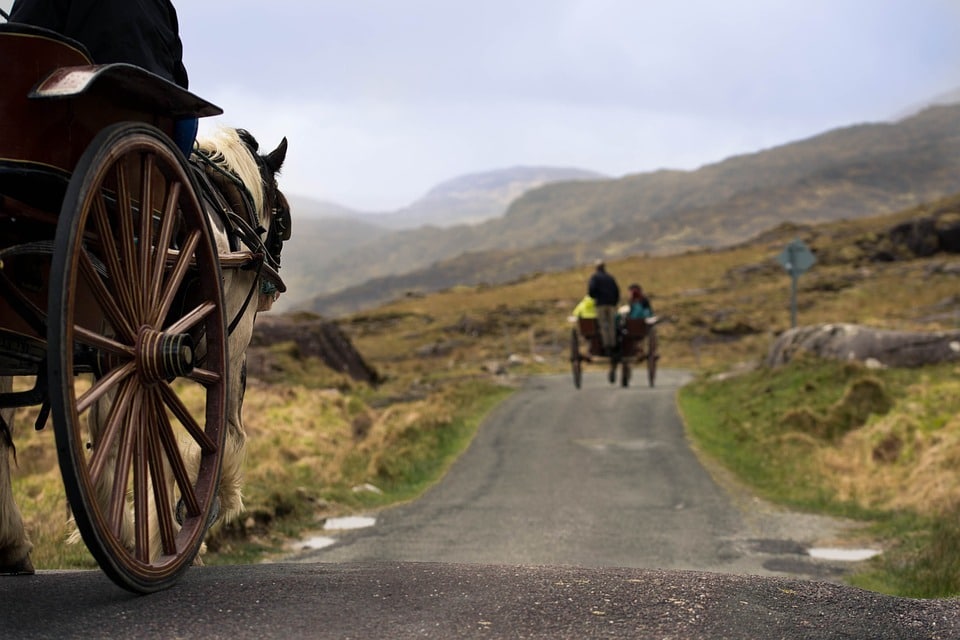 Perhaps it’s the human interest but the addition of a human figure does seem to add to landscapes, it gives us a starting point to begin to read the photograph and also adds scale to the image.

If you look at the above image and let’s face it on its own the landscape is a bit less than interesting. But the timing is perfect; you have one pony and trap in the middle ground and just to the left of the frame another is about to enter the shot. This adds a touch of interest to what could have been just another typical Irish landscape photograph.

You might also notice that the pony and trap is about to enter the full frame so the sense of “something is going to happen” piques the interest. Additionally, the second pony and trap is travelling from left to right. As Westerners, we are conditioned to read in this direction so a left-to-right image is easier for our minds to fathom and enjoy.

8. Wait for the Light 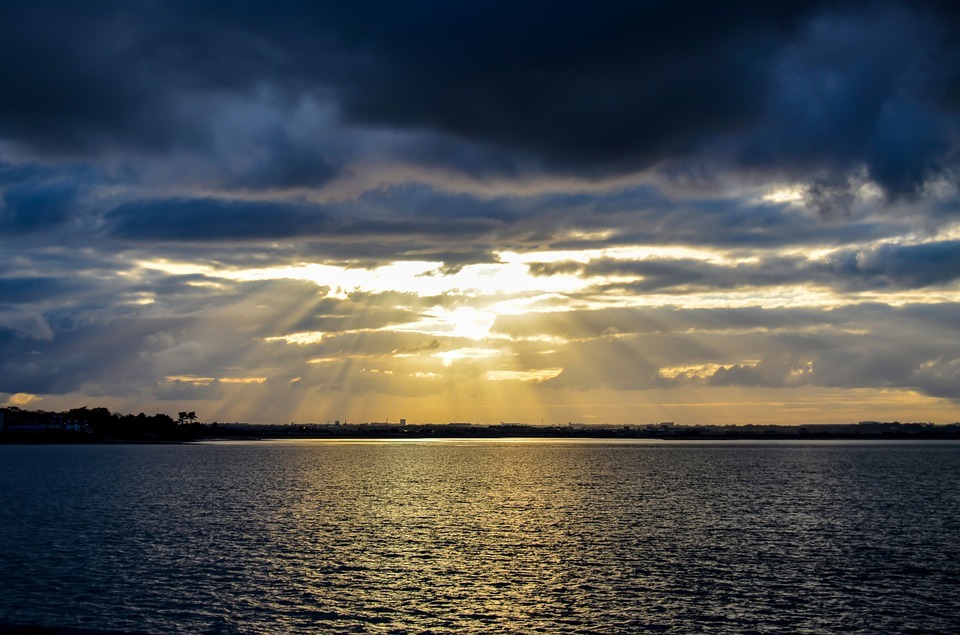 Low light creates texture and form in your landscape photography. Unfortunately, many amateur photographers aren’t fully aware of this and bang-off hundreds of images while the sun is at its highest, ignoring the rules of low light photography.

Notice that in the above picture the low sun which is just behind the clouds adds not only a soft and muted colour to the image but also brings out the texture of the sea. 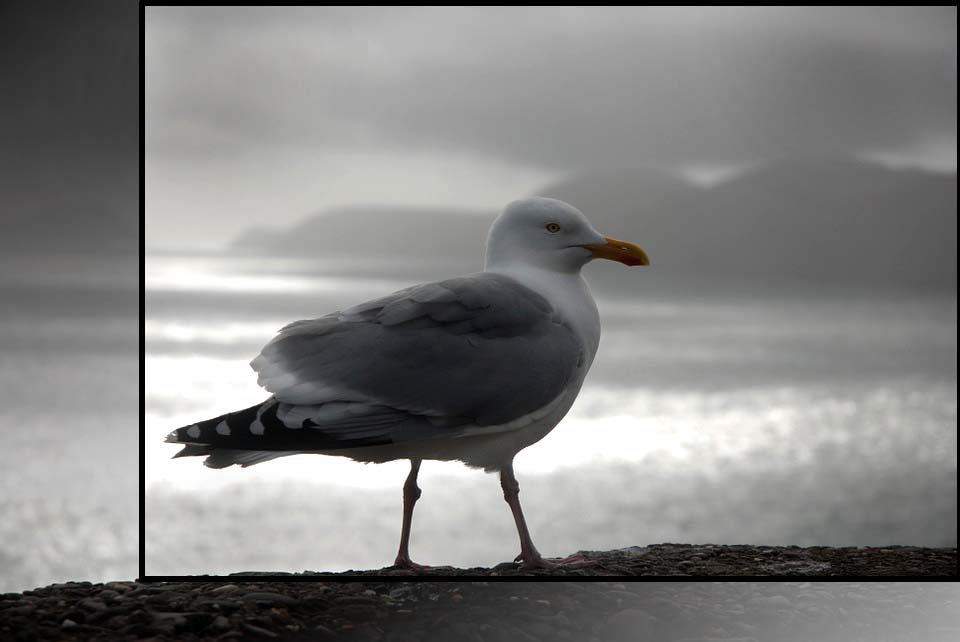 Remember there is nothing wrong with a slight altering of images after you have taken them. There is an abundance of post-production software available to either download for free or a small fee.

You don’t need an all singing and dancing expensive package — some cameras are often sold with simple post-production software include — all you really need as you begin to take your photography seriously is something that will allow you to tweak the levels, crop, and perhaps caption your images.

Remember don’t over do it with post-production less is often more.

In the above image, you can see how a judicial cropping benefits the image by taking out some of the redundant empty space to the left and bottom of the photograph. 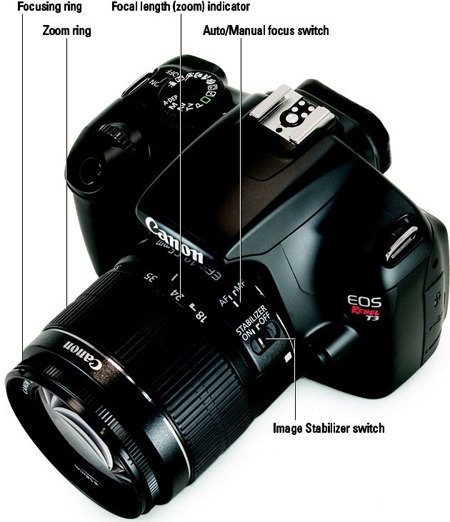 This may sound overly simple but in many years of teaching photography, I was often surprised by the number of learner photographers who would spend a fortune on cameras and never bother to read the manual. Get to know how your camera works; believe me, it’s important.

Anyway, there you have it ten simple tips on improving your landscape photographs. Ireland is a beautiful country with plenty of stunning locations to photograph so get out there and start shooting.