The Town of Ennis is the administrative capital of the county of Clare. Situated on the River Fergus it lies right in the middle of a county which can be culturally divided between east and west.

About a fifteen-minute drive from Shannon International Airport the town is blessed with a magnificent motorway infrastructure which now makes the town far too easy to bypass if on your way to Galway and beyond. Don’t make this mistake, stop and take in the town; it’s well worth it.

Ennis is considered by many to be the capital of Irish traditional music. You’d be hard-pressed to go out on a night meandering the town’s narrow medieval streets without coming across a few good pubs hosting the best of local musicians entertaining their customers with the rarest of tunes.

In this feature, journalist and adopted son of Ennis, Ger Leddin looks at the ten best pubs Ennis has to offer. 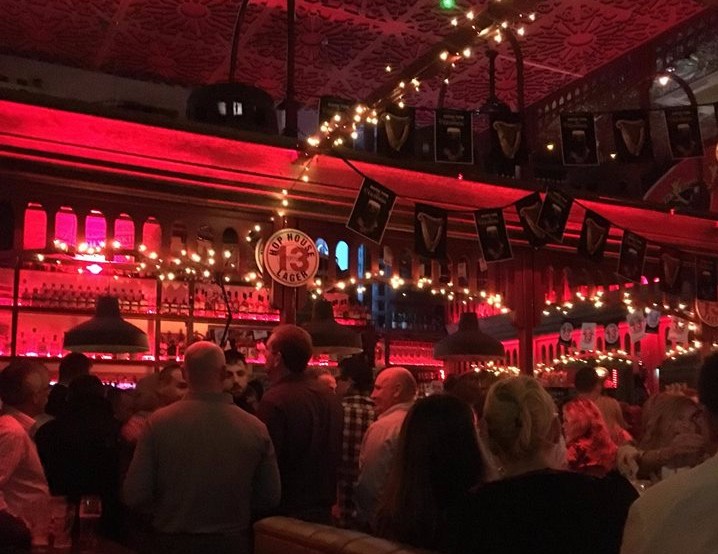 Rapidly becoming the place to be seen in, Nora Culligans sits on the site of what was once Peter Considine’s pub in Abbey Street. Becoming famous for its wide selection of both whiskey and tequila Culligans caters for a younger more ‘with-it’ crowd.

This pub boasts both a balcony bar and a beer garden. Culligans plays host to a wide variety of live music acts from rock to blues to jazz and back again. If you do drop in for a visit be prepared, you’ll have a late but an enjoyable night on the town. 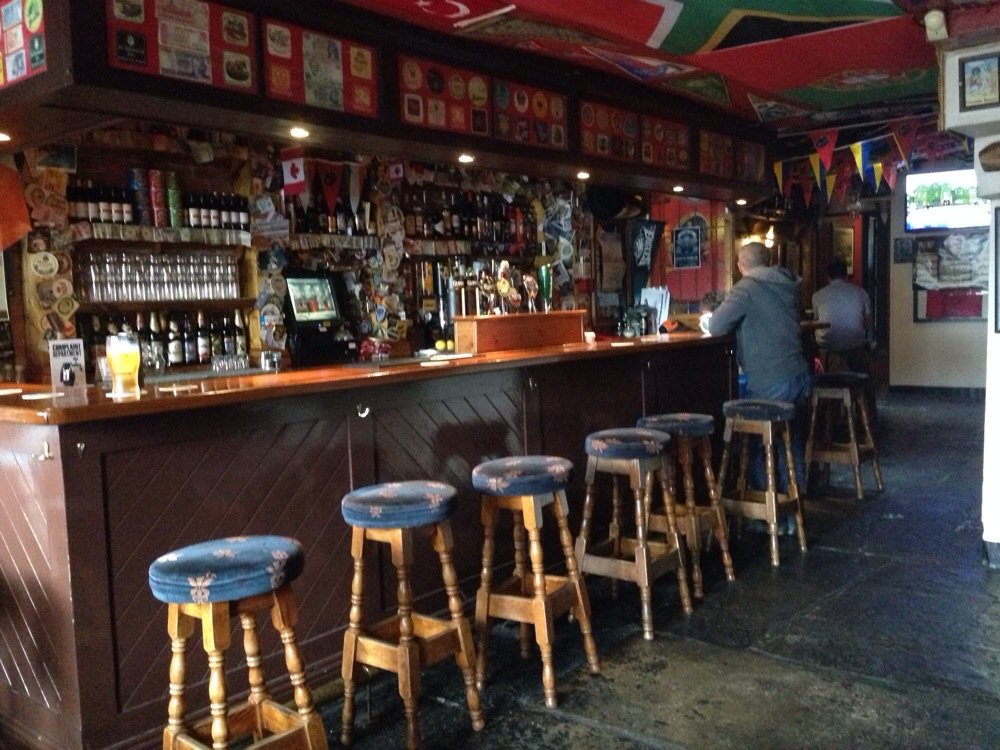 It seems that every pub in Ennis is subject to traditional music sessions breaking out at the drop of a hat. Lucas Bar in Parnell Street is no exception to this rule. This is a bar frequented by all age groups, visitors and locals alike.

It’s a typical Irish bar, no more-no less. Even saying that it does have a character; a traditional exterior leads you into a slightly over-the-top interior which is quaint colourful and cosy.

Its vintage style interior allows you to step back a bit in time, to relax sipping a pint during the day or choose from its extensive gin range for a pre-dinner cocktail. You could even drop back later in the night and join in the merriment that this pub is well known for. 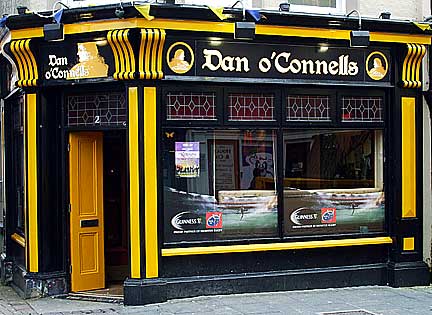 Located at the very top of Abbey Street, directly across from the statue of the 19th-century Irish politician Daniel O’ Connell, from whom the bar takes its name, lies Dan O Connell’s pub; its right  in the heart of the town.

A great pub to sit by the window during the day and watch the town go by. Again a great spot for lunch; this bar has a good and varied menu but what attracts most people to this establishment is the frequency of the organised traditional music sessions.

For the aficionados of trad, this is the bar to visit. Have a look at their advertising, find out who is playing then visit and enjoy. 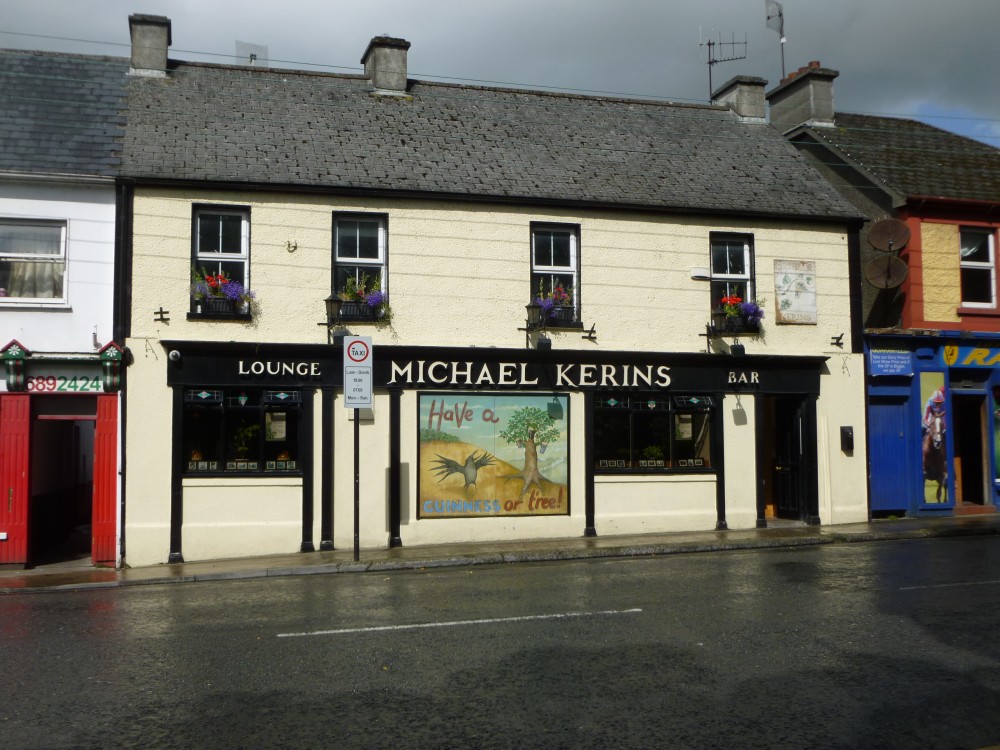 If you want to get a flavour of a true Irish pub, then Mickey Kerins on the Lifford Road is exactly what you should be looking for. Just opposite the Ennis Court House and down the road from the County Council offices, this bar has three distinct characteristics.

At lunch hour the pub is frequented by the town’s legal eagles and the council’s administrative staff — and believe me these people know a good spot for lunch or a sandwich when they see it. During the afternoons the bar takes on its second persona, that of a very friendly and efficient local bar where many of its regulars will drop in for a quiet pint and a chat.

Night times in Kerins are different; the after-work office parties are joined by the locals who are out for a good time in familiar and friendly surroundings. Someone will produce a fiddle and begin playing. He’ll be joined by someone else with a tin whistle, then a guitar will join the mix, then a good old sing-song will start up.

Expect a good night. A great place for a pint of Guinness, believe me, I know.

In Francis Street Ennis, just opposite the side of the Queen’s Hotel, you will notice a traditional Irish shop front.

On the top panel of the shop-front, there are, along with the name, Ciarans Bar, two other words, Ceol and Craic. That’s exactly what you’ll get in this long established pub, music, and good old-fashioned fun.

Ciarans isn’t a bar too often frequented by tourists; more by loyal regulars, who return time after time to enjoy its cosy atmosphere and be among friends.

If you are a tourist to Ennis and take my advice to visit Ciarans, sit back sip your pint join in the conversations — you will be welcomed — but keep it to yourself for this bar is truly a hidden gem, and we wouldn’t really want to spoil it. 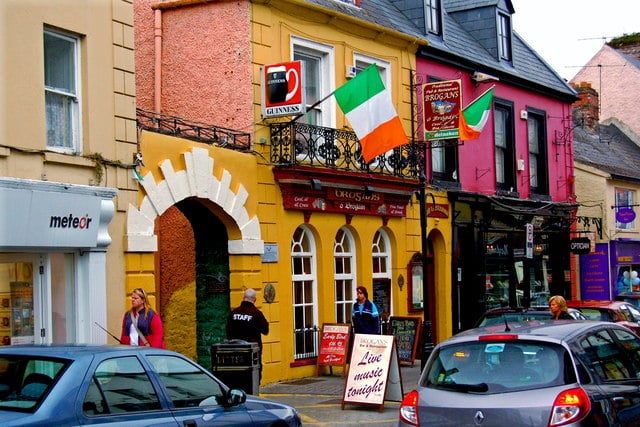 Talk about a decent pub, well Brogans has it all. An absolutely beautiful and traditional bar lies behind a yellow painted exterior. You’ll easily recognise the building from its three Georgian paned arched windows and the wrought iron balcony above.

The soft lighting inside complements the dark wooden bar and seating. It’s an exceptionally comfortable bar to drink or dine in. Speaking of dinning Brogans serve the best of traditional food, a great place, and very popular with locals for lunch.

If its music you’re after well this is the place to go to. Like most Ennis pubs, Brogans hold both formal and informal traditional Irish music sessions every night of the week. With a fine menu, friendly staff and honest dealings Brogans is definitely the place to visit. 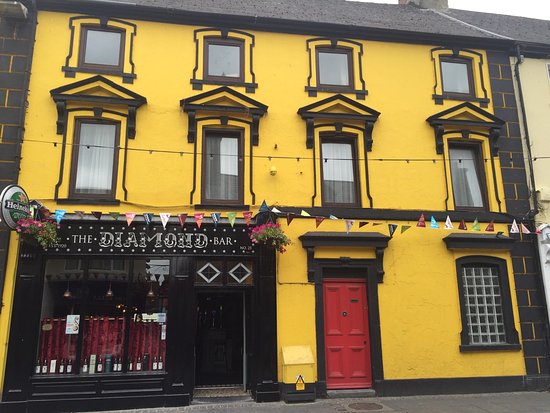 Situated almost directly opposite Brogans on O’Connell Street is the Diamond Bar.
A much smaller bar, but loyally frequented by its regular clientele.

The Diamond is a very welcoming bar, an open fire, great coffee and sandwiches and small little nooks to sit in, this bar should be on every visitor’s to-visit list.

If you want to experience what a truly typical Irish pub feels like, that is. And yes you will also hear the occasional traditional-music session here also. 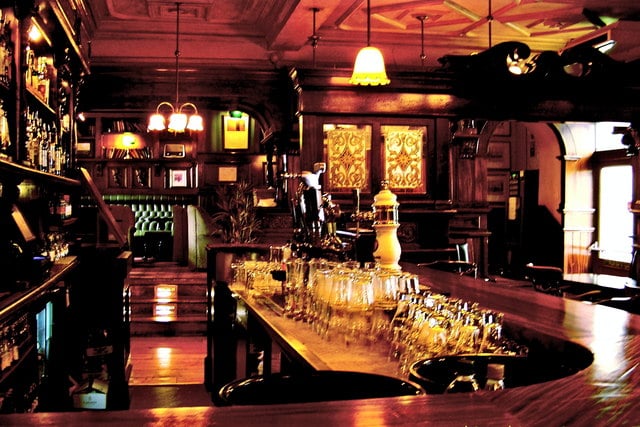 The Old Ground Hotel is also on O’Connell Street in Ennis. While the four-star hotel is elegant and fine, the hotel also houses one of the town’s better-known bars.

A great meeting spot for locals and visitors alike and a great place to sit, soak up the atmosphere and indulge in a bit of people watching.

This bar has it all; the ideal spot to relax for a quiet afternoon pint or on weekends a great venue to mingle and enjoy the craic and banter. 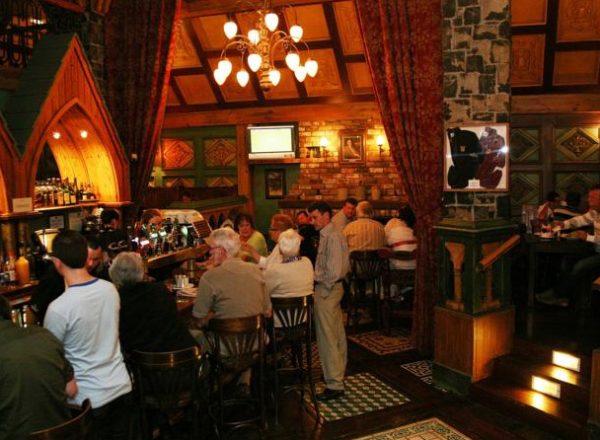 The Architecture of this hotel bar alone makes a visit worthwhile. The hotel itself was once used as a convent, originally built during the 19th century and beautifully renovated approximately twenty-five years ago.

Preachers bar, while not strictly part of the original convent, has maintained the vaulted ceilings and church-like decor of the main building.

With exceptional chandeliers and exquisite panelling forming two-tiered seating areas, as a customer, you can find a quiet corner to chat or mingle with the locals who frequent Preachers regularly.

Not know for its music sessions the bar does, however, take on a certain buzz at night, and you can be guaranteed a good night out. 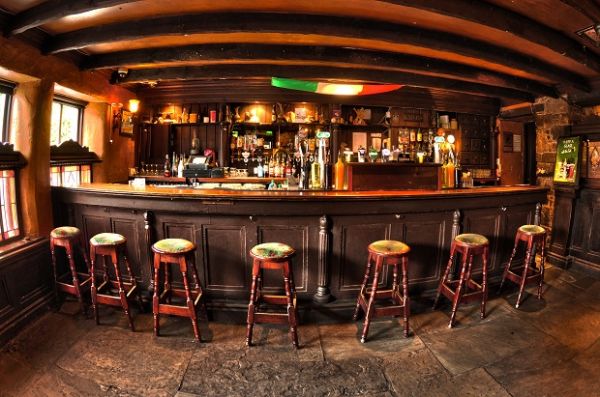 If you are a visitor to Ennis you are bound to visit the ruins of the 13th century Franciscan Friary which faces out onto the River Fergus, right in the heart of the town.

When you’ve finished your cultural experience, drop into the Friary’s next door neighbour, Cruises bar, to wet your whistle and perhaps fill your stomach. Honestly, you won’t be disappointed for this is one of the finest pubs in the market town of Ennis. Cruises Pub is part of the Queen’s Hotel, a historically significant building at the end of Abbey Street.

Separated sufficiently from the hotel, the bar has its own distinct and unique character. A blend of low-beamed ceilings flagged stone floors and an open fire gives the pub a very cosy atmosphere which belies the true size of the pub and its connection to its parent hotel.

The food here is nothing short of marvellous, try the steak, you won’t be disappointed. If its craic and a bit of music you’re after, well at weekends Cruises hold traditional Irish music sessions to beat the band, if you’ll pardon the pun!

Even after closing-time and if you’re in the mood you can amble next-door to the separate but adjoining nightclub and finish of your night out dancing, as they say in Clare ” until the cows come home.”