Ireland Before You Die
Home Do and See Beautiful sites How And Where To See The Northern Lights In Ireland
9.9k
SHARES
ShareTweetWhatsappPinterestMail

It’s on everyone’s bucket list. The northern lights are a phenomenon that many are aware of, but not many know that you can see them right here at home in Ireland. This article highlights how you can do it.

Technically everywhere in Ireland is a good spot to see the northern lights. According to Astronomy Ireland, the northern lights can be seen from pretty much every county in Ireland, however, in reality, that’s not true. When the aurora borealis are in town it’s all about avoiding light pollution. Get out of the city, get to a vantage point and look north. The further north you go the higher the chance you have. Donegal is the most popular spot for sightings due to its location and the lack of light pollution along the most northern headlands. Malin Head is probably your best bet! The picture above was taken there.

The northern lights are notoriously hard to predict but there are certain times that ensure a better chance of a sighting. The time of year is important, the longer the darker the nights, the better. Unfortunately, long dark nights usually mean cold nights, so wrap up! It is still possible to see the northern lights in summer but most of the time the brighter lights render the spectacle invisible. The best viewing time in Ireland is usually somewhere between 9pm and 1am from November to February.

This is where it gets a bit more complicated. If you want to see the northern lights in all their glory then you’re going to have to keep an eye on two weather systems. 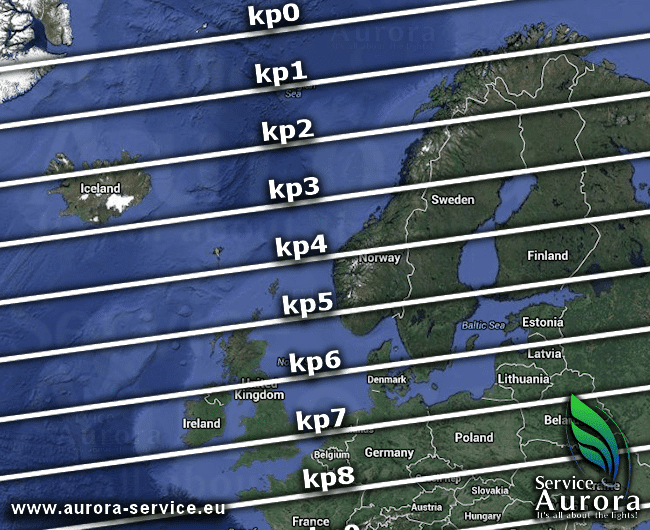 The reason we have these beautiful lights is because of geometric storms. A geometric storm is ranked from G1 (smallest) to G5 (largest). Most reports display the storm strength in Kp. The conversion from G to Kp is below.

The greater the storm to greater the chance of seeing the lights in Ireland. For the lights to be visible from Ireland the KP index must be at least 6, and even at that only the northern counties would have a chance. When the Kp index reaches above 7 then the whole island of Ireland can get excited.

So there’s a big geometric storm brewing, you’re out of the city, you’re wrapped up warm and you’re looking north. You’re about to witness one of the most amazing natural sights imaginable, right? Well don’t forget you’re in Ireland, and we don’t always have the best weather here. You’ve got to cross your fingers and hope that when there’s geometric activity in the sky, there are no clouds to block the view. Keep an eye on your local weather station to ensure its going to be a clear night.

There are loads of websites and apps out there that can help you keep up to date with the aurora borealis. Visiting aurora-service.eu/aurora-forecast/ for live updates is probably your best bet. 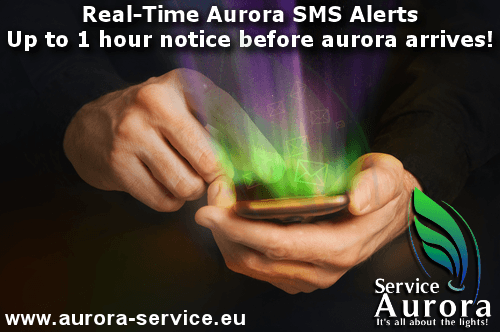 This website gives you a really in-depth look at the science behind spotting the northern lights.

But for something a bit easy to understand the app “My Aurora Forecast & Alerts” on the app store is excellent as it uses your current location to alert you when there is a chance of seeing the northern lights. It also displays on a map the areas around you which have some recent sightings.