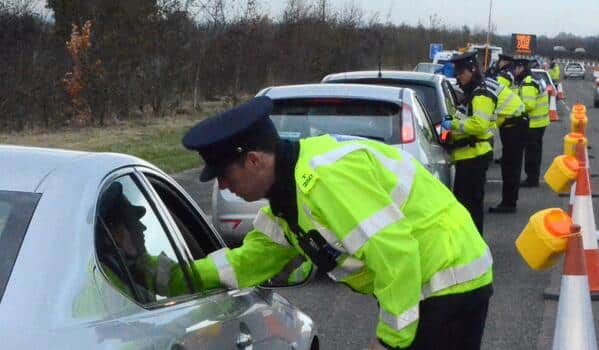 Fears of post-Brexit fallout are being realised as Northern Ireland, and UK drivers are warned they may have to carry a Green Card to travel between the North and the Republic of Ireland, as well as in mainland Europe.

The Association of British Insurers (ABI) – the leading trade association for insurers – issued this stark warning this week. The ABI is made up of some insurance companies from the United Kingdom.

The statement, which has garnered much attention, said that drivers would need a Green Card to pass the border dividing the Republic of Ireland and Northern Ireland.

A Green Card is a motor insurance document which is recognised internationally. By holding one, the driver obtains the minimum compulsory motor insurance, adhering to the laws of the country in which they are travelling.

This document guarantees the driver cover for a minimum of 15 days; a Green Card can remain valid through to the expiry date as outlined on a motor insurance policy.

While all cars within the European Union (EU) are covered by the EU Motor Insurance Directive (MID), should the UK fail to reach an exit-agreement with the EU, free travel for motors between Ireland the UK (as well as Europe) will be jeopardised, resulting in the need for Green Cards.

Recent attempts for UK PM Theresa May to find a Brexit deal have been denied causing citizens, companies and industries to consider the worst outcome, should there be a “no-deal”.

Seeing as there are over 110 million motor border crossings between the North and the Republic on an annual basis, a tremendous amount of Green Cards would need to be issued and monitored, should the UK fail to find an agreement.

The comment, which has made news headlines throughout Europe and the world, has sparked fear that more divisions between the North and South of Ireland are in the pipeline.

The statement offered little reassurance to residents from both Northern Ireland and the Republic of Ireland who are concerned about the looming threat of a “hard border” between the divided nation.

With the UK set to leave the EU on 29 March, and still no deal in place, pressures and concerns are flying high.

The ABI has advised motor owners in Northern Ireland and the UK to contact their insurers at least 30 days before intended travel to the Republic of Ireland (or in mainland Europe) after 29 March.

Although this will only be realised if the UK fails to find an exit-agreement, the ABI has issued this advanced warning to give road users time to plan ahead. They have warned that should the UK leave the EU without a “deal”; drivers could potentially be breaking the law by travelling without said Green Card.

Director General of ABI Huw Evans stated that “Insurers do not want a ‘no deal’ Brexit; it would be bad for the economy and bad for our customers”.

It is suggested that there will be a small administrative fee for a Green Card.