For the first time in December 2018 dating app giant, Tinder released it’s Year in Swipe, which captures the top Tinder trends among its users for 2018.

Limerick was named as one of the top 10 cities for Tinder activity the world, coming in at number 9 globally. This statistic is massive news for the county!

This means Limerick is one of the top 10 cities in the world for Tinder activity. This data, fortunately, confirms that people in Limerick are spending more time on the app than almost anywhere else.

While this doesn’t actually take into account how romantically successful people in Limerick have been on the app, surely your chances of finding someone in Limerick will automatically be higher than anywhere else in Ireland because of the high usage.

More details of how Tinder was used worldwide throughout 2018 were also released and are equally as impressive.

It will come of no surprise that across nine different countries, pizza, was among the top 10 most mentioned foods in bios.

Among the most frequent emojis to appear in bios were the dogface emoji, the laughing crying emoji and the beer emoji. Who doesn’t like someone who is good craic and loves dogs?

We can gather from this that people include these emojis in their bio to try to come across as good craic and attract like-minded people.

Another interesting statistic to come out of the Year in Swipe was that a high number of Europeans don’t want to date smokers. The “no smoking” emoji was among the top 10 most popular emoji listed in bios in Germany, Spain and Russia.

What Spotify Anthem did Tinder’s Year in Swipe data reveal to be the most popular of 2018?

Drake’s ‘In My Feelings’ came in at number one Spotify Anthem, and Ariana Grande’s ‘God Is A Woman’ was a close runner up in, over six countries.

In the US, Australia and the UK, Joey from Friends’ ‘How You Doin?’ GIF won out as most used GIF, a solid opener and less risky choice than a possibly disastrous chat up line.

However, in Russia, India, Spain, France, Germany, Brazil, Japan and South Korea, the Waving Fox took the top spot as the most-used GIF. For anyone who is not familiar with this GIF: the Waving Fox GIF is precisely how it sounds. It’s just a blank background with a non-threatening, adorable cartoon fox popping up and down to wave on screen.

This won’t come as a shock to anyone but the holiday with the most Tinder activity in 2018 was February 14th 2018, Valentine’s Day.

All of this other Tinder data aside, our very own Limerick seems to be the place to be if you’re a notorious swiper. For lucky souls in Limerick looking to swipe, it was also revealed that 9 pm Monday was the most popular time to be on the app. 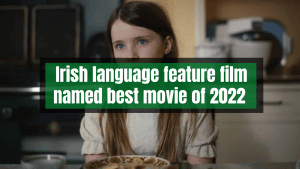