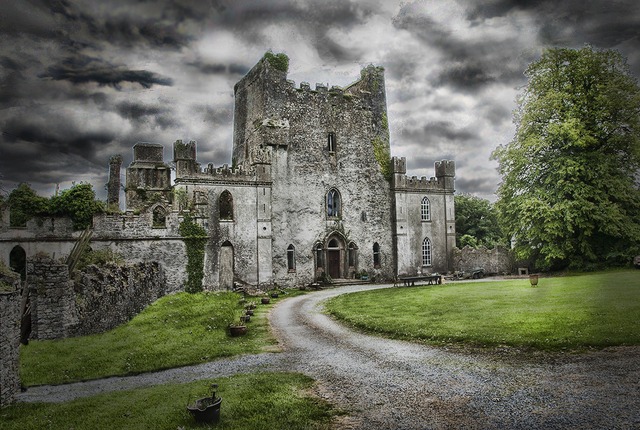 Located in Co. Offaly, Leap Castle is a very popular Irish castle. It is widely recognised as the most haunted castle in the world. Thousands of people flock to Leap Castle each year not only to marvel at its grand history and beauty but also to meet the inhabitants of the castle who are from a world unlike ours.

For more dramatic history, you could take a trip to Leap Castle, which is said to be haunted by a number of spectres, the most terrifying being a small hunched creature whose apparition is accompanied by a rotting stench of a decomposing corpse and the smell of sulphur.

The O’Carrolls, princes of Ely, built it as their main stronghold in 1250 A.D. It was erected on a most commanding site facing the Great Pass through the Slieve Bloom Mountains to the province of Munster. It has a massive tower and walls nine feet thick. Gory murders are said to have taken place there – notably at a window high up in the tower. 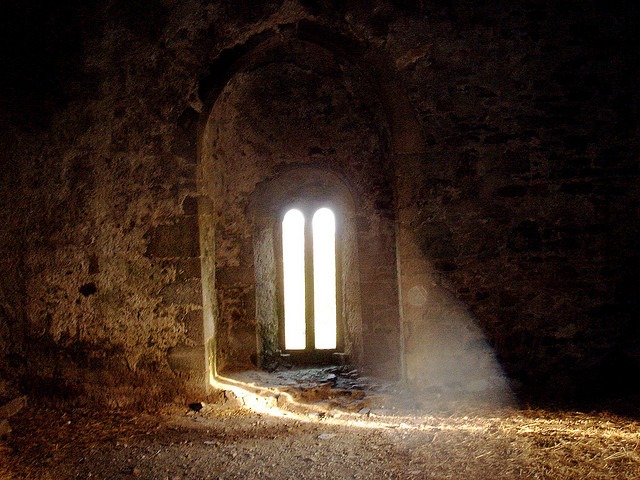 Watch one of many documentaries made on this famous place: