Head to the sunny southeast to find Kilkenny town, just named the cleanest town in Ireland.

There are many pretty towns to explore on the Emerald Isle, but Kilkenny is the most recent to be named the cleanest town in Ireland.

According to a poll conducted by Irish Business Against Litter (IBAL) across 40 towns and cities in the country, Kilkenny is the one with the least litter.

Killarney in Co. Kerry and Swords in Co. Dublin came in second and third place in a bid to be named the cleanest town in Ireland.

A combination of cigarette butts, chewing gum, and sweet wrappers was listed among the most common forms of litter that make Ireland’s towns and cities appear dirty.

Despite the achievement for Kilkenny as the cleanest town in Ireland and an overall 13 per cent decrease in littering over the past ten years, the IBAL survey report revealed the overall level of litter across Ireland had increased in 2018.

Inner-city Dublin came in as the worst spot, being described in the report as “seriously littered”.

Overall, litter continues to pose a significant problem in towns and cities across Ireland with no noticeable improvement noticed in disadvantaged areas.

He said, “We’ve seen the fruits of the greater attention given to keeping our city centres clean, to the point where they are now almost as clean as our towns.

“Unfortunately, the gap in cleanliness between these neglected areas and the high-profile city centres is not closing,” he added.

The annual IBAL survey looks at 40 towns and cities before deciding the cleanest town in Ireland.

Kilkenny topped the rankings in 2019 as the least littered for the fourth time, with 2014 being its last year of victory.

For the first time since the survey began, all 40 places visited were deemed suitably clean, and there was noticeably less litter on the streets than ten years ago.

Mr Horgan confirmed the findings, saying, “In 2019, for the first time, all were deemed clean.”

At the same time, however, he said they saw “an unwelcome increase in isolated heavily littered sites within many towns, which brought down their scores.”

The IBAL encourages authorities to focus on neglected areas before the next survey.

After seeing evidence that even inner-city areas can be cleaned up, their spokesman said, “Citizens and tidy towns groups need to push local authorities to focus on these sites and ensure they are clean for when IBAL revisits them in 2020.”

Kilkenny has set an impressive example for local authorities to use as a guide in improving litter-ridden areas.

Not only has the southeast hub bagged gold as the cleanest town in Ireland, but it also has one of the most beautiful castles in the country and is home to 2019’s Irish Pub of the Year.

It welcomes tourists all year round and has lots to offer visitors, including pretty shops and fine restaurants.

So the next time you’re planning a break, why not check out the cleanest town in Ireland and visit Kilkenny? 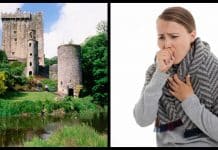 Kissing of the Blarney Stone banned due to coronavirus concerns 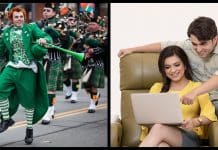 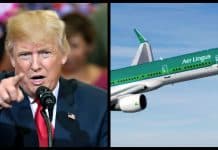 Trump bans flights from Europe to US, but Ireland is unaffected