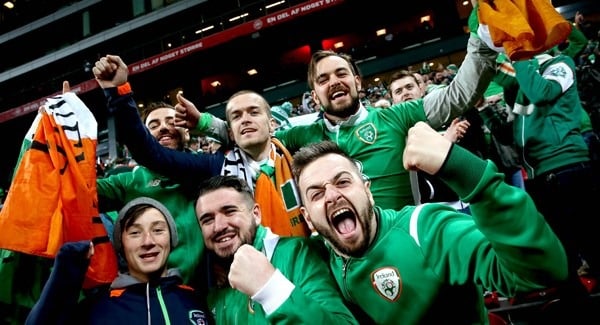 It is official everyone, Irish people are the happiest in Europe!

Here in Ireland, we have a reputation worldwide for being exceptionally friendly. However, did you know that we’re also the happiest people in Europe?

That is according to the results of a Eurobarometer survey, published in 2018, which shows that a huge 97 per cent of Irish people consider themselves to be happy.

That was the highest result in the European Union, against an EU average of 83 per cent.

Over 1,000 Irish people were interviewed for this survey in December 2017.

There were some fascinating statistics to come out of the survey, and it gives us a real insight into Irish people’s values and beliefs.

We got to see what Irish people’s beliefs are towards hard work, their health, luck and their happiness, among other topics.

Another very interesting statistic to come out of the survey was that 75% of Irish people agree that most people in their country can be trusted. We were the 4th highest to have this level of trust in our fellow in the EU.

The Irish were also the highest in Europe, at 74 per cent, to believe that compared to 30 years ago opportunities for the ability to get ahead in life have become more equal. The EU average for this result was 46 per cent.

One thing that is very important to the Irish is the concept of hard work and the belief that having a good work ethic is vital.

A massive 99 per cent of Irish people believe that working hard is essential in life. This rated higher than any other nation in the EU.

Another thing that Irish people are renowned for is their luck. We often hear the phrase: “luck of the Irish”. However Irish people don’t care too much about our supposed luckiness.

The survey also found that just 82 per cent of Irish people think being lucky is essential, compared to an EU average of 85 per cent. Bulgaria was the country that was found to value luckiness the most, with a high result of 97 per cent.

Romanians are considered to be the least happy in the European Union, with only 59 per cent of Romanian people believing themselves to be happy people.

You can check out the full results of the survey, including an Ireland country report, here.