We have compiled a compilation of Ireland’s most iconic bridges that everyone should see and experience:

Claimed to be the oldest bridge in Ireland and nobody would deny that. It is a classic bridge that blends in with the beautiful surroundings.

Everyone who has been to Dublin has probably seen this bridge. It is located in central Dublin and is close to all the main attractions. 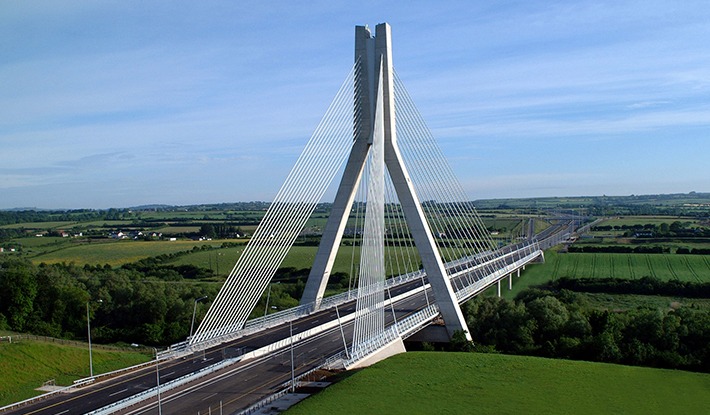 Anyone driving south to Dublin from the northern counties will probably have crossed this. It is a beautifully modern bridge and is an iconic connection of the north and south of Ireland.

The Boyne Viaduct is a 30m high railway bridge, or viaduct, that crosses the River Boyne in Drogheda, carrying the main Dublin–Belfast railway line. It was the seventh bridge of its kind in the world when built and considered one of the wonders of the age. The viaduct was designed by the Irish civil engineer Sir John MacNeill; construction began on the bridge in 1853 and was completed in 1855.

The Butt Bridge (Irish: Droichead Bhutt) is a road bridge in Dublin, Ireland which spans the River Liffey and joins George’s Quay to Beresford Place and the north quays at Liberty Hall. The original bridge on this site was a structural steel swivel bridge, which was opened in 1879 and named for Isaac Butt, leader of the Home Rule movement (who died that year).

The first Saint Patrick’s Bridge in Ireland was opened on 29 September 1789. This first bridge incorporated a portcullis to regulate ship traffic underneath the bridge. 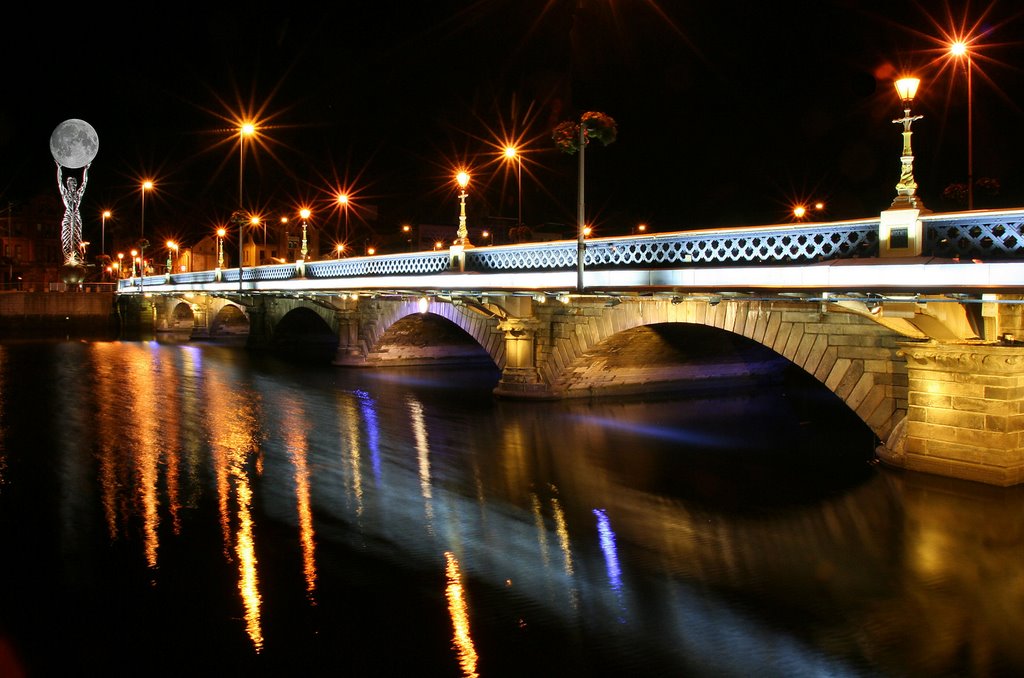 Queens Bridge is a bridge in Belfast, Northern Ireland. It is one of eight bridges in the city, not to be confused with the adjacent Queen Elizabeth II Bridge. It was opened in 1849.

No words are needed to describe this bridge other than it is beautiful.

The longest pedestrian bridge in Ireland designed to create an organic relationship with the environment. The Living Bridge extends between the North and South Banks from the Millstream Courtyard to the Health Sciences Building. It was competed in 2007.

The Peace Bridge is a cycle and footbridge bridge across the River Foyle in Derry. It opened on 25 June 2011, connecting Ebrington Square with the rest of the city centre. It is the newest of three bridges in the city, the others being the Craigavon Bridge and the Foyle Bridge. The 235 metres bridge was designed by Wilkinson Eyre Architects, who also designed the Gateshead Millennium Bridge.

One of Dublin’s most iconic landmarks. The Ha’penny Bridge, known later for a time as the Penny Ha’penny Bridge, and officially the Liffey Bridge, is a pedestrian bridge built in 1816 over the River Liffey in Dublin, Ireland. Made of cast iron, the bridge was cast at Coalbrookdale in Shropshire, England.

Carrick-a-Rede Rope Bridge is a famous rope bridge near Ballintoy in County Antrim, Northern Ireland. The bridge links the mainland to the tiny island of Carrickarede (from Irish: Carraig a’ Ráid, meaning “rock of the casting”). It spans 20 metres (66 ft) and is 30 metres (98 ft) above the rocks below. The bridge is mainly a tourist attraction and is owned and maintained by the National Trust. In 2009 it had 247,000 visitors. The bridge is open all year round (subject to weather) and people may cross it for a fee.