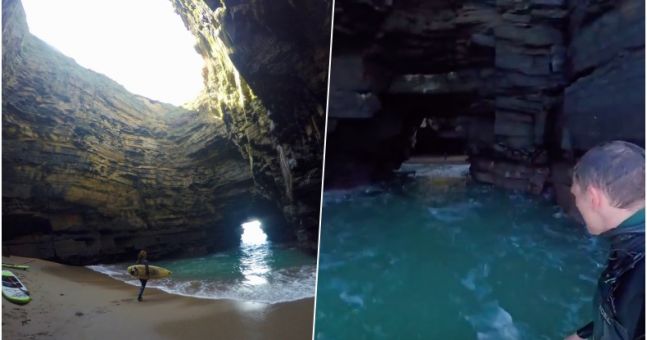 This is the latest addition to our Bucket List.

The Wild Atlantic Way of Ireland is a beautiful place to go surfing with numerous spots to check out all the way from Donegal to Cork.

Irishman Paul Deering and some of his friends embarked on a trip to Ballybunion recently to try and catch some waves. Unfortunately for them, the waves were terrible so they set off to look for a better spot.

Commenting on his own video, Paul said: “Myself and a few mates headed in the hope of finding some waves at the popular surfing beach, however, it was flat so we headed out the coast road. We stopped at a small secluded beach and headed out for a paddle.

While paddling along the coast we noticed an opening to a small cave. We paddled into it and it opened up into the incredible cavern you can see in the picture. Surprisingly there was also a small wave you could surf through the entrance of the cave. It was a great find can’t wait to head back.”

According to Deering, the group of lads discovered an epic secluded beach and while paddling along the coast, they noticed the opening to a small cave.

Upon a further inspection, they found a beautiful cavern with a small wave at the entrance to the cave that was ideal for doing some cave surfing.

Paul is unsure of the name of this cave so if anyone knows it. However, we do know this place is stunning.

We wouldn’t recommend attempting to get to this cave as it looks an extremely dangerous task with the rocks and the waves.

Watch the amazing video below:

Top 10 best things to do in Ireland with kids, ranked

Irish Name of the week: Rory

The 10 best things to do in Clare, Ireland (County Guide) 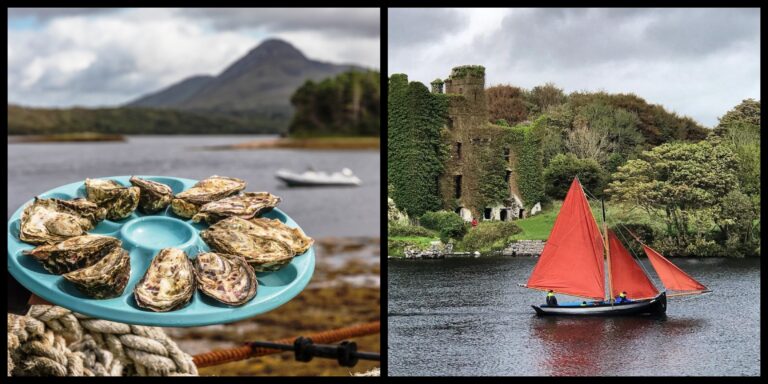 Top 10 most unique things to do in Galway, ranked