It has been some time (35 years to be precise) since we’ve seen the likes of a public ferry crossing the River Liffey in the Dublin capital, but as of 22 January 2019 the No. 11 Liffey Ferry has returned. 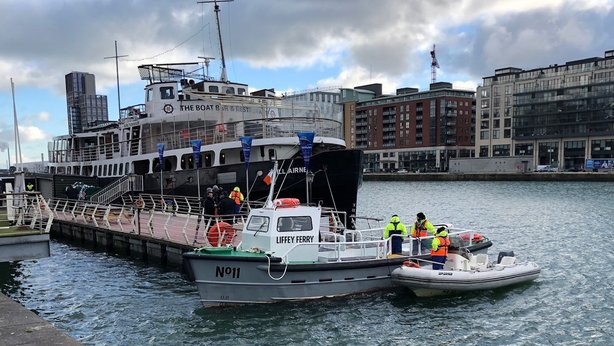 It has been over a quarter of a century since ferries have run routes along the River Liffey which divides the Northside and Southside of Dublin. It was a common feat in years gone when access from one side of the river was most commonly done so by ferry transport.

The new restoration project, spearheaded by the Dublin Port Company and Dublin City Council, has been in works for some time. A ceremony to welcome the return of the ferry route – a route which offered services to the Dublin community for more than 300 years – was held yesterday. 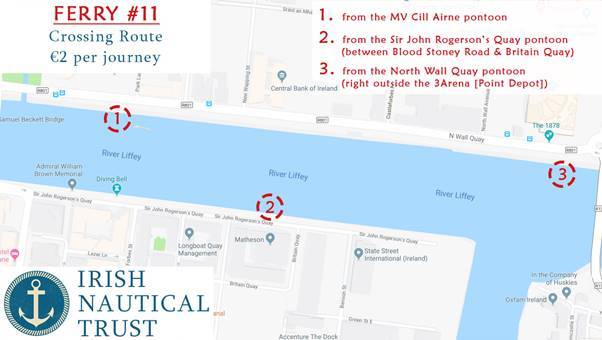 The service will access three points along the River Liffey, near its mouth, which opens out into Dublin Port.

The route will run on repeat throughout the day, Monday to Friday from 7am to 7pm. Cash fare of €2 and Leap Cards will be accepted for use of the No. 11 Liffey Ferry which is said to get you “cross the Liffey in a jiffy”. The ferry can carry up to 18 people at one time. 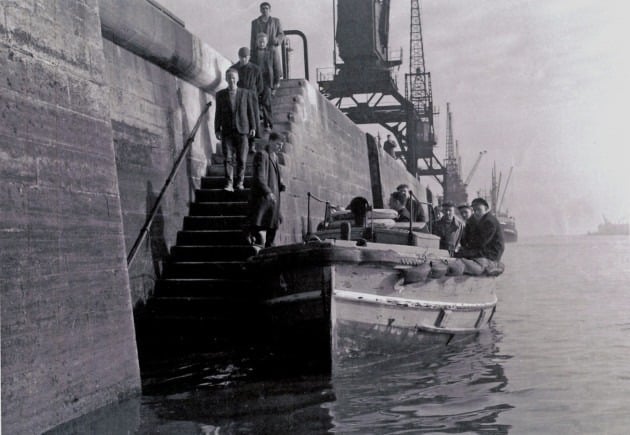 The ferry has made a comeback after 35 years on hiatus, after having been decommissioned in 1984.

The ferry dates back to 1665. It was colloquially known as “the docker’s taxi” as it usually transported dock workers from A to B along the waterway.

The boat was bought by Dublin Port Company in 2016 in a bid to be preserved and brought back to its former glory.

Lord Mayor of Dublin, Nial Ring welcomed the ferry at its launch on 22 January 2019, “The ferry will be returning to a very different Dublin than the one she left …but I have no doubt that a new generation of Dubliners will enjoy this very welcome addition to the city just the same.”

Chief Executive of the Dublin Port Company, Eamonn O’Reilly added “There is also a new generation living and working in the port and docklands and I am confident that the No. 11 Liffey Ferry will create new traditions and memories on the river”

O’Reilly went on to say, “I would encourage everyone in the city to support the service, knowing that this will in turn help the Irish Nautical Trust in its work to train and create employment opportunities for young people in the maritime industry.”