Sir David Attenborough, the world’s leading natural historian and broadcaster stood up at critical climate change talks in Poland in December 2018 to warn us: “time is running out”. Climate change is underway, and the Earth is changing at an alarming rate. Combatting global warming in Ireland, and worldwide, is now top priority…

Global warming is the biggest factor linked to climate change. Rising temperatures in the Earth’s atmosphere and oceans cause global warming, and many things contribute to this. The biggest example is the burning of fossil fuels, such as coal, oil and gas.

The leading result of global warming is rising sea levels, caused by land ice melting into the sea (due to rising temperatures) and the expansion of sea water volume (due to land ice melting).

United Nations body, The Intergovernmental Panel on Climate Change (IPCC) predicts these contributing factors will force sea levels to rise 300mm-500mm by the end of the century.

Meanwhile the likes of Surging Seas Project by Climate Central and artist Jason Simons’ “World In 2100 Series” provide harrowing predictions of the challenges we face if imminent changes don’t happen.

Whilst politicians, climatologists and world leaders cry out for reform it seems many institutions, organisations and individuals have already predicted the downfall of low-lying coastal regions and islands for the year 2100. A harsh reality is that this is only 81 years away.

A recent study by Newcastle University revealed Ireland will be impacted worse than originally thought. Which proves the time for thinking is through – an immediate change needs to happen.

Care to uncover which top five areas are most likely to be underwater by the end of the century? Have a look now!

The area of Galway is likely to be one of the worst-hit areas as sea levels continue to rise in Ireland, and around the world.

Devastating flooding in the region during the 2017 Storm Ophelia is just a taster of what is to come if global warming sticks on this treacherous path.

The West coast of Ireland already experiences violent storms blowing in from the Atlantic Ocean. Should climate change continue to evolve as it is, predictions suggest Galway will experience far more troubling conditions in years to come, and likely be underwater by 2100.

Waterford is another county predicted to be underwater by 2100. As the oldest city in Ireland, founded in 914 A.D by Vikings, it is devastating to consider that this area, steeped in Irish history, is likely to be gone in only 81 years.

The county, located in the southeast of Ireland, has already raised warning flags to its citizens and the world regarding the imminent challenges its inhabitants face.

Waterford City & Council have a page designated to climate change on its website. It outlines plans “to reduce the vulnerability of Waterford to the negative effects of climate change.” Although “These measures include flood barriers, floodplains, [and] drainage works”, it is safe to say bigger changes need to be made globally, and personally, to ensure a brighter future than the one predicted.

The capital of Ireland is not safe from the challenges of global warming. Whilst there are many high-lying terrains around the capital, the waterside city itself, and many of its surrounding areas, are under threat.

Coastal towns and even the Greater Dublin Area are likely to be underwater by the time the century turns. Even though Dublin is somewhat protected in comparison to west coast areas, recent years have seen recorded flooding, and rising sea levels wreak havoc.

The capital of Northern Ireland is under major threat if global warming and climate change continue. Located at the head of the country, much of the city and its surrounding areas are under threat from rising sea levels.

Climate Northern Ireland produced an alarming report in 2017, which warned that levels were growing up to 3mm-3.4mm per annum and that coastal flooding and land movement was unavoidable. 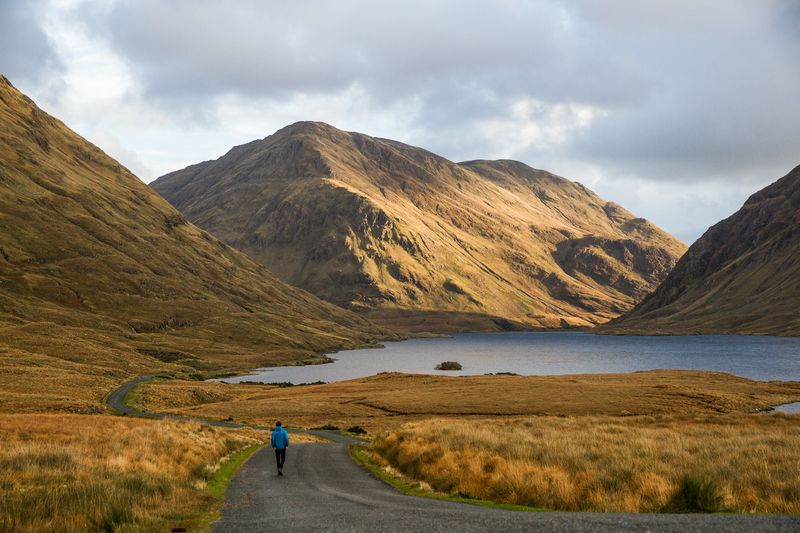 As depicted by Slovakian graphic artist, Jason Simons’ “World In 2100 Series”, County Mayo will be completely submerged, lost to the Atlantic Ocean, by the turn of the century.

Over the past decade or so, Mayo has begun to experience the violent effects of climate change. Devastating storms, excessive flooding and gale-force winds have torn communities, damaging homes and businesses and these natural disasters are only increasing in frequency.

A Strategic Flood Risk Assessment by Mayo County Development aims to crisis manage the impending floods. However, without significant change across Ireland, Europe and the World, it is impossible to eliminate these harsh conditions magically.

What Can You Do to Help Lessen Global Warming in Ireland?

Though it’s clear changes need to be made globally with the support of world leaders, there are things we can all do to help reduce our contribution towards global warming.

In recent years, there’s also been lots of attention paid to the environmental impact of our food choices.

Research labels red meat as being a huge contributor to global warming given its production process. Where demands for meat have increased incredible amounts over the years, the number of cows breathing (and farting) methane into the air is a big factor.

Neither can we dismiss the amount of land and energy needed to fuel the agricultural industry in general as well. Therefore, many advise a Life Without Meat to be another way we can help reduce global warming.

The reality of climate change may be harsh, but there are lots of actions we can take to help. 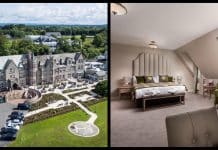 Giveaway Alert: win a 2-night stay and dinner in one of 29 Irish hotels