Skip to content
Home » Do and See » Beautiful sites » Five Spectacular ‘off the beaten track’ spots in The Burren, Co. Clare

The Burren is a historically and geographically notorious landscape in the West of Ireland, in County Clare. Its prominent features of limestone rock, Alpine and Mediterranean flora and fauna, historical landmarks and beautiful scenery, make it an absolute refuge for locals and tourists alike. While most people may think of the beautiful Cliffs of Moher, Father Ted’s House, the Poulnabrone Dolmen and even the unusual slope of Mullaghmore Mountain when the Burren is mentioned, Sandra Shannon highlights some equally beautiful and less familiar scenic spots to see. 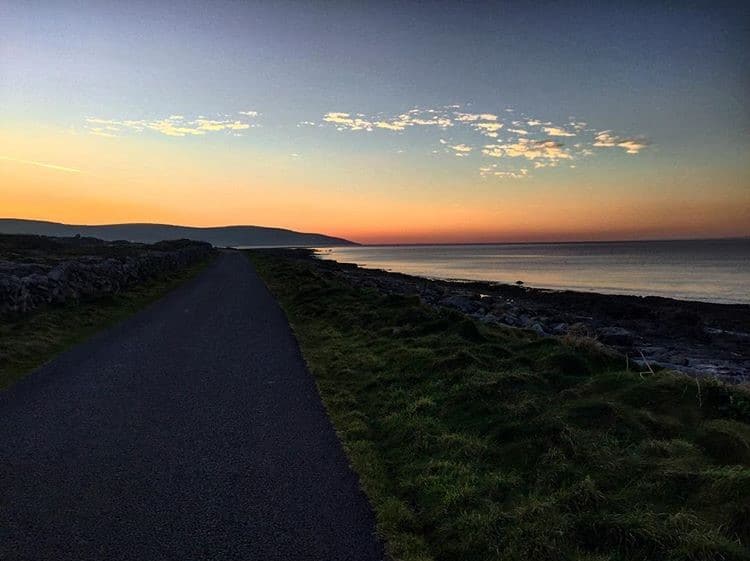 As Seamus Heaney indicates in his poem ‘Postscript’:

“And some time make the time to drive out west
Into County Clare, along the Flaggy Shore”.

When strolling along this celestial coastal roadway, make sure to have cameras at the ready. With the Atlantic Ocean and Galway Bay one side and the rugged Burren landscape the other, you can clearly see just why Seamus Heaney was inspired. As indeed were W.B Yeats and his good friend Lady Gregory, who owned a summer house along the shore called ‘Mount Vernon’. It was actually built in 1788 for Colonel William Persse as a gift, in celebration of his friendship with President George Washington. Make sure to look out for the exotic Gentians (blooming in April) and even the odd seal! After a bracing walk, check out the well-known local restaurant ‘Linnane’s Lobster Bar’ where you can catch some tasty local sourced food whilst looking out at the beautiful Galway Bay, maybe even some traditional music! 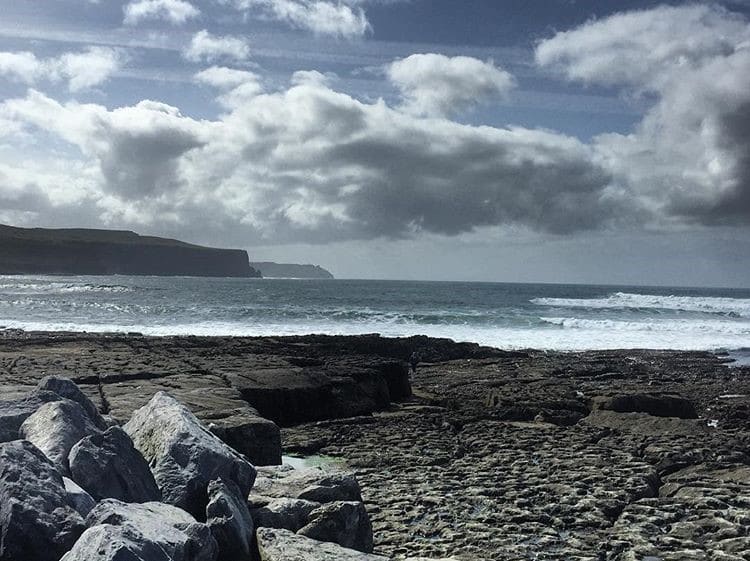 Home of Traditional Music, Doolin Village boasts a colourfully quaint town with plenty of restaurants, pubs, shops and attractions to see and do. Including the famous Doolin Cave, with the largest stalactite in the Northern Hemisphere! But it also boasts some exquisite views! If coming from Liscannor, travel down to Doolin Pier slowly (not just for the narrow roads, but because of the spectacular view). There the ferries leave regularly to the nearby Aran Islands, gazing out in front of you on a sunny day you can see the Cliffs of Moher from a different angle, Crab Island, well known to local surfers for the swell of a wave that can break in here, and even the Aran Islands (The nearest being Inisheer). You can also see the 16th-century Doonagore castle perching proudly atop the hill overlooking the village. 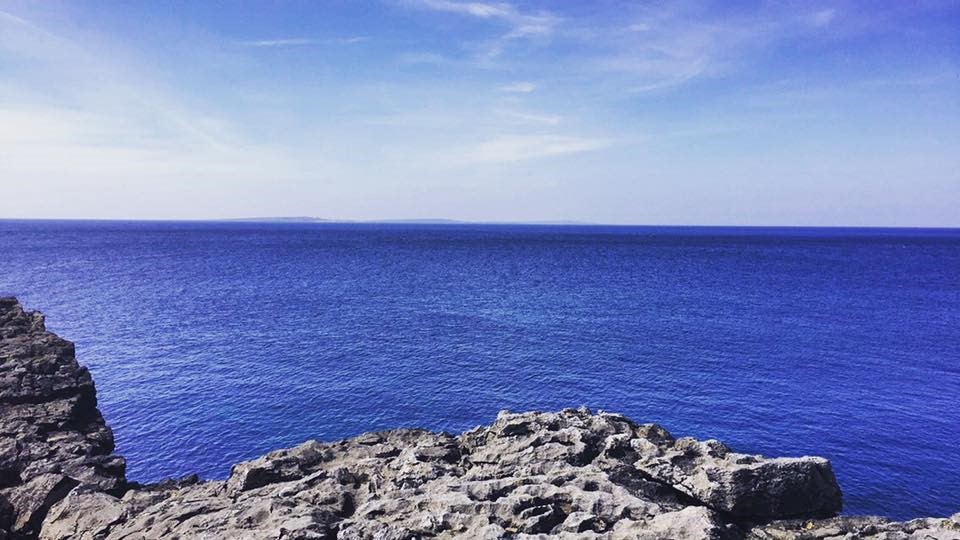 Nestled along the Coast road between Ballyvaughan and Fanore Villages, is a Wild Atlantic Way viewpoint known as Murroughtoohy. The Coast Road between Ballyvaughan and Fanore is roughly 15km of wondrous scenery that, no matter the weather, will have you stopping numerous times to take the cameras out. Notice the colour of the sea change with the temperamental Western Weather, the limestone pavements and random boulder placements from Glacial Erosion over 10,000 years ago. Keep an eye out for wild Goats too! 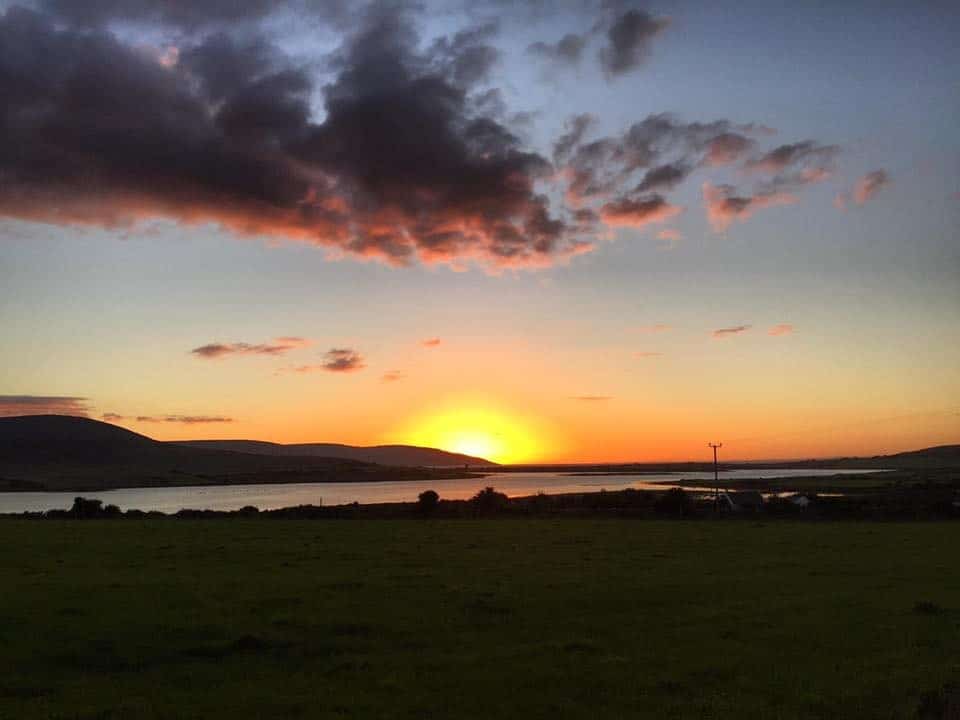 A well-known route for locals, this gem is the perfect look out for viewing the rugged coastline between Clare and Galway. Pack your hiking boots and take on the road, with Abbey Hill to your left, (so called because the of the historical landmark ‘Corcomroe Abbey’ tucked in the other side of the mountain) and the bay to your right. Keep going until you reach the local parish church, with jaw-dropping views of the countryside around you and the bay in front. On a beautiful summer’s evening, with the sun setting and only the noise of cattle, birds and insects around you, it’s the perfect retreat. 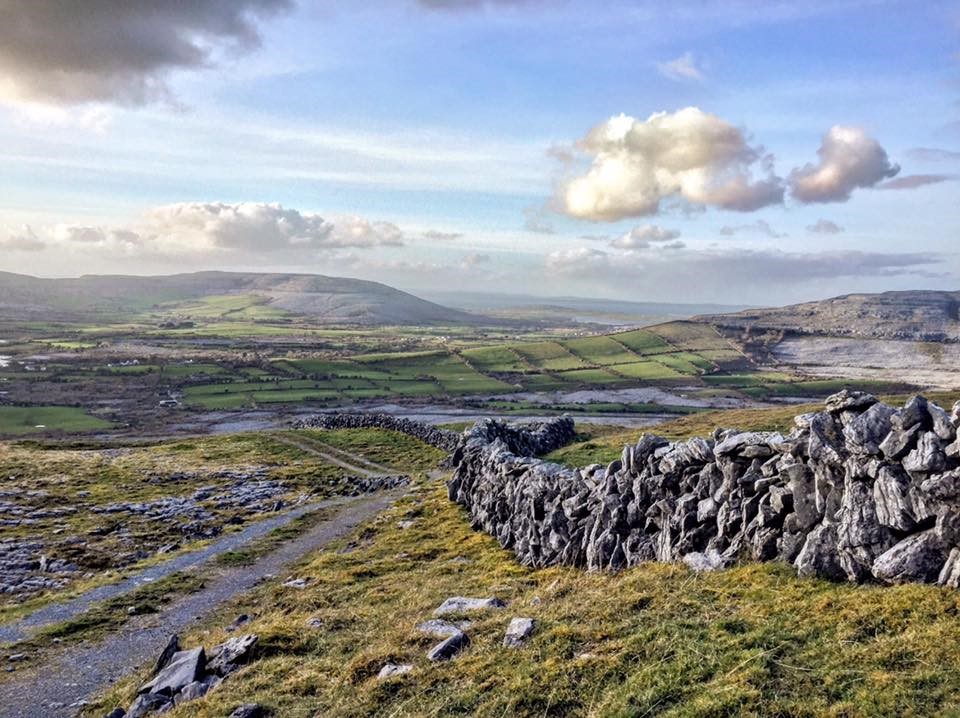 One of the highest mountain ranges in the Burren, the Gortaclare mountains offer a spectacular view on reaching the top of a valley of Burren Mountains and even Connemara on a sunny day. Keep an eye out for a herd of an ancient breed of goats, hares, foxes and a plethora of rare flowers that grow side by side nowhere else in the world, but the Burren. It’s peaceful, abundant in fresh air and evidence of a historical way of life is surrounding you from Bronze Age walls to Fulacht Fiadh’s. The landscape here changes all year round, from multicoloured floral carpets in late Spring/Summer to lush grass for the cattle to graze in late Autumn/Winter. Come and see a completely unique way of life, rare to anywhere else in the world!