Skip to content
Home » Do and See » Events » Christmas » Counties across Ireland most likely to have a white Christmas, revealed

As the countdown to Christmas around Ireland begins, let it snow. But which counties are set to have a white Christmas?

This weekend, Ireland is set to be hit by a flurry of festive weather. Met Eireann has predicted that the chances of snow in 2021 are more likely than not, reminding us all that Christmas is just around the corner.

The Legacy Communications Digital PR Team have gathered weather data for each county over the past ten years. After working alongside weather experts, they have now revealed which counties in Ireland are most likely to have snow. Who’s set to have that wondrous white Christmas?

It seems that when it comes to snow, not all counties are made equal. While some counties in Ireland had a likelihood of 60% having a white Christmas, others missed the mark by a mile with a measly 0% chance of having snow.

Let it snow – Ireland to be covered in a sheet of snow?

The probability of snow in each county was calculated based on the frequency at which each area reached freezing point, and the precipitation rate per county on those dates.

For snow to hold, it must be around 0-2 Celsius. Using Time and Date and Met Eireann weather data, Legacy compared which counties in Ireland have had the most days where snow could have fallen.

According to results, Ireland is looking pretty good for snow on 25 December.

Donegal and Tyrone are tied in the lead, both having a promising 60% likelihood of having snow in Ireland and tantalisingly close to a white Christmas. Coming closely behind in 3rd is Fermanagh, alongside Laois, Clare, Longford, Westmeath, Offaly, and Roscommon, all with a respectable 50% chance of snow.

However, we have bad news for snow lovers in Ireland from Dublin, Kerry, and Waterford. Here, it’s been revealed that there is a 0% chance of snow on 25 December.

Weather expert Alan O’Reilly, commented on the likelihood of snow around Ireland.

“There are some signals that we could see some cold spells with high pressure out in the Atlantic blocking the weather systems coming from the West and seeing more of a northerly and easterly influence.”

Ultimately though, it’s all about location. Where are the areas that are worst hit?

“Your best chances for snow are always the north or the east. Generally, northern areas will always have a better chance, so Ulster counties because they’re closer to the northerly cold air. The closer you are to that cold air, the better the chances are,” reasoned O’Reilly.

So, there you have it; the gift of snow on Christmas Day all around Ireland might be headed right on your doorstep. Here you can see a map illustrating the full picture of the likelihood of snow Ireland.

But whether you’re in Ireland dreaming of a White Christmas or not, you can’t deny the beauty of the Irish winter landscape. 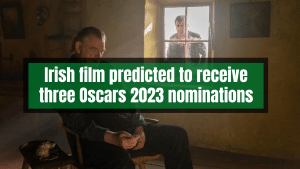 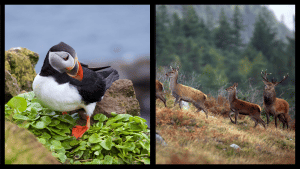 All Posts by Author