Skip to content
Home » Info » Sports » Casement Park: Why Antrim’s GAA Stadium is Abandoned and What Next?

Just over six years have now passed since the last time Antrim played in an inter-county Championship game at the iconic Casement Park stadium in West Belfast.

On that day, Monaghan, who went on to become Ulster Champions, were deserved 0-13 to 0-6 winners in the Quarter Final of the Ulster Football Championship.

However, the stadium was filled with the saffron sun and expectations abounded the city. Bodies crowded the streets, GAA shirts coloured the roads and people populated the nearby shops and restaurants. It is a reminder of what Belfast is missing.

In this years 2019 Ulster Championship, rather than welcome All-Ireland finalists and Ulster kingpins Tyrone to Casement Park, Antrim were forced to play their “home” tie against Tyrone at the Athletic Grounds in Armagh, a 52-minute drive from Casement Park. This is the epitome of the problem that haunts Antrim GAA.

The initial plan for the future

Ulster GAA first announced a plan to redevelop Casement Park in 2009, now ten years ago. Demolition work began, but due to numerous delays and setbacks, the stadium lies in sorry ruin.

The real shame is when you are travelling through West Belfast on a double-decker bus and once you pass the stadium your eyes level with the overgrown grass, the empty stands and the decaying infrastructure. With GAA one of the most popular sports in Ireland, this is a tragedy for Irish sport.

The plan was to transform Casement Park into a 38,000 seater, state of the art, modern stadium, an upgrade on the 32,500 capacity it held. This would have made it the largest stadium in Ulster, as St Tiernach’s Park in Clones, Monaghan, where Ulster Championship finals are currently played, holds 36,000 people.

The Department of Culture was to provide £62 million of funding towards the redevelopment, while the GAA was to complement this with an additional £15 million.

The Casement Park project was to be part of a trinity of redeveloped stadiums in Belfast overseen by Stormont – Windsor Park, home of Linfield FC and the North’s soccer team, was awarded £28.75 million in funding, while Kingspan Stadium, home of Ulster Rugby, received £14.7 million.

Both stadiums bore the fruits of extensive and modernising redevelopments, with increased capacity to around 18,000 people each. Casement Park and West Belfast have been left behind.

The beginning of the problems

In December 2013, planning permission was granted to redevelop Casement Park, with the plan not only to host Antrim GAA games but Ulster Championship finals, and to become, ultimately, the home of Ulster GAA in its principal city.

However, in December 2014, one year later, the High Court in Belfast quashed the decision to grant planning permission to the Casement Park project. This came off the back of over 1,000 objections from local residents to the planned redevelopment.

The judge cited failures in the environmental impact assessment of the improved facilities of the stadium and believed that the effect of increased crowds at games at the new stadium on the road network surrounding Casement was not fully taken into account.

Police also held concerns about the safety of having 38,000 people attend matches, while safety expert Paul Scott stated that the redeveloped stadium could not be evacuated safely in certain emergencies.

Plans were therefore made to reduce the expected capacity to 34,500 in 2017. This would mean the capacity of the stadium was smaller than Clones, but the aim was still to make it the home of Ulster GAA.

In a report entitled ‘Casement Park Redevelopment Phase 2’, the Ulster GAA set out its new plan, and sought to address many of the key issues that formed the impasse, including safety concerns and consultation with the community.

In March 2017, the Executive (the body that governed the North of Ireland) collapsed and has not been in operation since. Without Ministers in place to make decisions on the Casement Park issue, the project has stalled further.

It is now the case that the expected cost of redeveloping Casement Park is £110 million, an increase from the original £77.5 million. This has left a £32.5 million funding shortfall and this is where the current problem lies.

So, as of now, we are still left unclear as to what will happen with Casement Park. What we do know, however, is that as long as the status quo remains, a generation of young Antrim footballers, hurlers and camógs will have no home to call their own.

You can watch a video balls.ie did about Casement Park here: 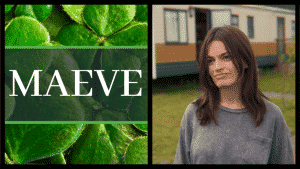