Situated just at the mouth of the river Boyne, Drogheda name as Gaeilge is ‘Droichead Átha’ which carries the meaning of ‘the bridge of ford’. When founded initially by Anglo-Normans it was two towns separated by the river at the end of the 12th century.

Drogheda is the largest town in Ireland, and it should really be considered a city as it has more than two cathedrals. During the 1990s, the Irish economy flew up, during the infamous ‘Celtic Tiger’ years. With this massive expansion, Drogheda then became one of the most important secondary locations to live, for those who work in Dublin as property prices in the city became near impossible for first-time buyers.

With this brought a mass number of young couples in a new town, and with that Drogheda evolved. Over the last twenty years an abundance of bars and restaurants have sprung up, and below is a list of the Best restaurants for a romantic dinner for two in Drogheda. 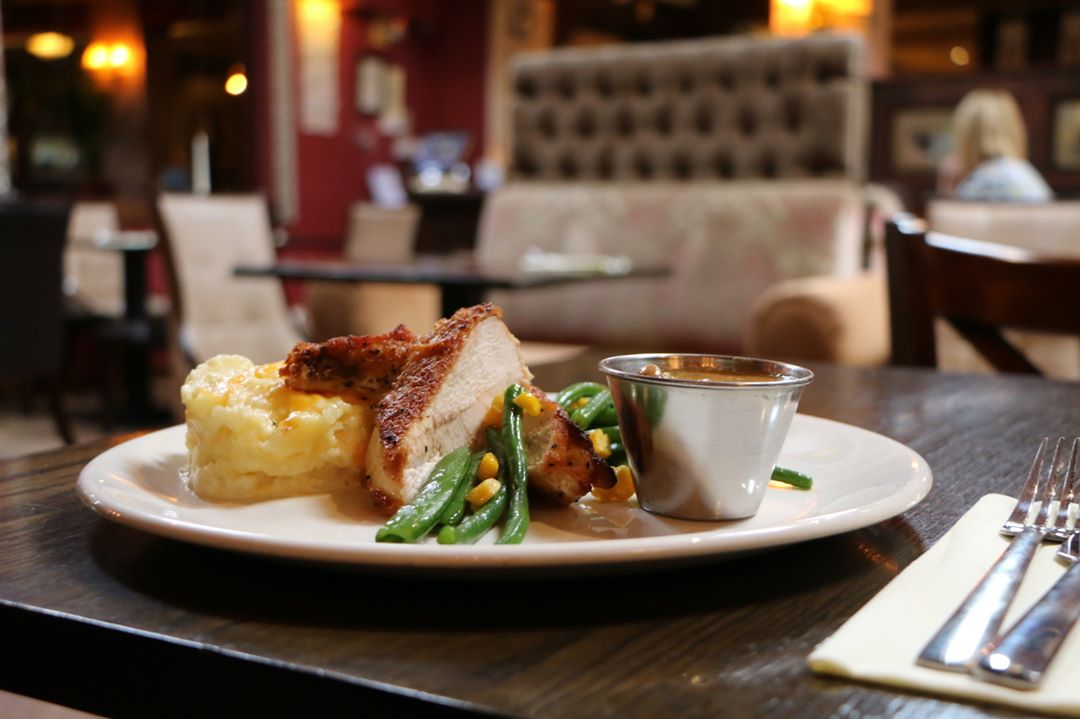 The Black Bull located at Dublin Rd, Wheaton Hall, Drogheda, Co. Louth, has long been famous for its excellent service, atmosphere and fine dining. The Black Bull’s restaurant is separate from the bar and offers relaxed and comfortable surrounding for you and your partner. This has led The Black Bull to be one of the most popular choices for couples to dine in Drogheda.

In the last few years, The Black Bull’s Head Chef, James Ausden and his team have taken the quality to new levels only improving the restaurant’s capabilities and reputation. The Black Bull offers a wide variety on their menu whether it be Breakfast, Lunch, Sunday Lunch their Early Bull menu, Three Course Specials, A la Carte or Bar Food.

Casanovas is located at The Mall Apartments, 2, N Quay, Drogheda, Co. Louth. Casanovas offers a vast range of Italian and Mediterranean cuisine. Casanova looks out onto the Boyne and allows for a romantic setting for you and your partner.

Casanovas is famous for its pasta and its no corkage fee. Casanova offers a phenomenal lunch deal, two courses 12:95 and three courses for 15. From Monday to Friday from 12-4pm. 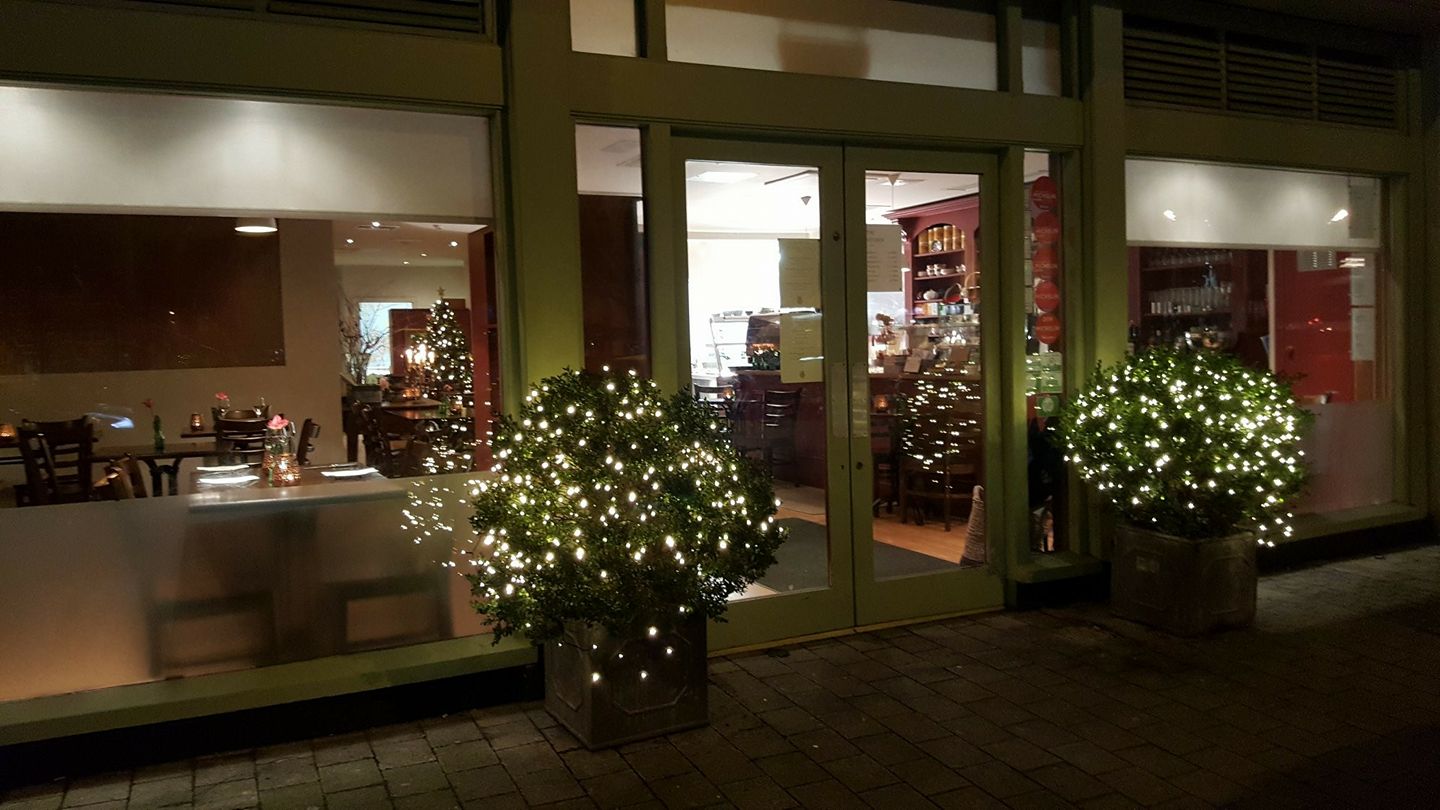 The Kitchen is located at 2 S Quay, Lagavooren, Drogheda, Co. Louth. The Kitchen sits looking out onto the Boyne, a small, unassuming restaurant. During the day The Kitchen functions as a café serving home cooked pastries, cakes and a selection of fresh salads and sandwiches. Although, by night, The kitchen evolves into an ever-romantic restaurant serving a gorgeous menu with delicacies from the Eastern Mediterranean with strong influences from North African and Middle Eastern cuisine.

The menu opens with over a dozen tapas options, but if one is looking for a more substantial meal, there is a wide variety of starters too. The main courses are their ‘piesta de resistance’ for anyone looking to expand their taste buds with dishes such as a sea trout casserole with sultanas and preserved lemons and as far as a duck breast served with sautéed potatoes and prunes in a light caramel sauce.

The Kitchen offers the perfect blend of fine dining and a relaxed atmosphere, perfect for a romantic meal with your significant other or the first date with a would-be lover. 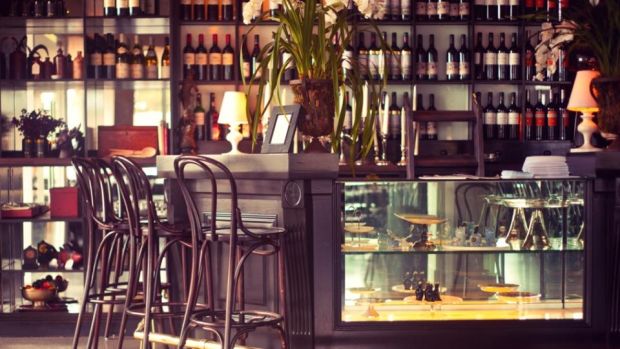 The Eastern Sea Board is located at Bryanstown Cross Route, Bryanstown, Drogheda. The Eastern Sea Board is usually described as an industrial style ultra-modern boutique restaurant with exposed brick and pipework contrasted with beautiful low key lighting and artwork. I would ask one to imagine a New York City Loft turned restaurant, serving phenomenal dishes based on local seafood, without restricting the menu to fish specifically.

The Eastern Sea Boards style it allows for intimate one to one conversations within its glorious space this makes it a must-see for a romantic meal for two in Drogheda. 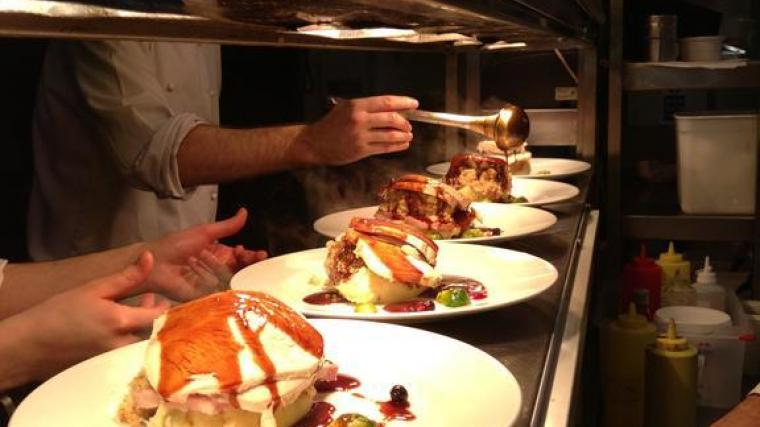 Scholars Town House located at Scholars Townhouse Hotel, King Street, Drogheda, Co. Louth, A92 ED71. Scholars Town House is an Award winning luxurious hotel just 20 minutes from Dublin Airport and is best describes by its patrons as a “paradise in the heart of Drogheda with world class food and service.”

Scholars Town House is the first restaurant in Drogheda to receive rosettes and the second in Co. Louth. A fantastic location to bring the other half for an anniversary, birthday or even Saturday night dinner. Awarded 2017 Best Hotel Restaurant County Louth by the Restaurant Association of Ireland.

The Head Chef and kitchen team are famous for their excellent fine dining all locally sourced produce. The front of house team really spends the time to make each and every customer feel at home when dining. The restaurant is phenomenally decorated with hand painted walls depicting spectacular historical events such as the battle of the Boyne. Other decoration includes oak panelled walls, mirrors and painting. The team in Scholars Town House pride themselves on the romantic atmosphere they can create in the restaurant.