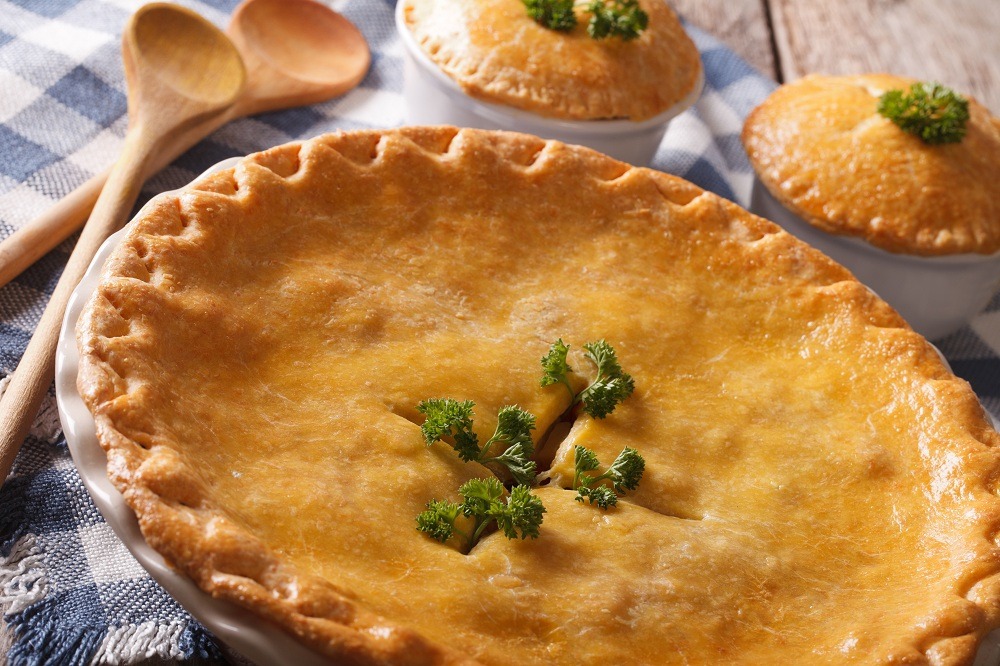 Chicken pot pie is a traditional comfort food, especially during winter. That’s what people say but why won’t you bake a pot for a rainny night? Learn how to bake an Irish version of the classic dish in this post.

What’s your favorite food to chow on when it is cold? Is it soup like soup mashed orange lentils? Do you prefer cabbage and egg pie? Or would chicken pot pie suffice?

If you haven’t heard of the latter, chicken pot pie is a classic comfort food in many European countries like Ireland. It’s a rich and delicious dish that is best served hot out of the oven. Its crisp and golden crust further enhances its flavor.

Chicken pot pie makes me remember my grandmother. She would always cook one for us during the winter months. I love the savory blend of chicken, vegetables, and potatoes in rich and creamy gravy.

Pot pies have a long history. The chicken pot pie we know today traces its roots to the days of the Roman Empire. Back in those days, meat pot pies were served during celebrations.

During the 15th century, pot pies were decorated with flowers and fanciful designs. Chefs of royal families used pot pies to showcase their culinary skills. Pot pies were also very popular among the poor because they can always eat the crust.

One of the earliest mentions of pot pies in America was in a book published in 1845. Titled “The New England Economical Housekeeper and Family Receipt Book,” it featured a recipe by a certain Mrs. E. A. Howland.

The recipe described pot pie as being made of scraps and crumbs of meat which can be made into soup. The book added that it could make a very good dinner, especially during the winter months.

The recipe is somewhat straightforward. Meat pieces are cooked in broth until they almost dry out. Then a creamy gravy is added before baking.

Aside from chicken, meat such as beef or turkey may be used in pot pies.

If you are not able to finish the chicken pot pie, you can simply leave it in the fridge. Cover it with aluminum foil or plastic wrap before refrigerating. When left in the refrigerator, pot pies can be safe for consumption for 3-5 days.

You can also freeze it. Cover it with plastic wrap then place the food in the center of the freezer. When frozen, chicken pot pie can maintain its best quality for 4 to 6 months.

This recipe would take about an hour or so to finish. It makes six servings. What I love most about this recipe is that it is budget-friendly. I used just 10 ingredients for this dish.

Moreover, you can simply reheat the leftover in the microwave for 2 minutes. You can then cut the remaining pie into slices and bring them to work for lunch. It’s really a practical dish that you should learn how to cook!

Tip: If you are following a gluten-free diet, you’d be happy to know that Pillsbury has a gluten free pie and pastry dough.

Tip 2: You can use leftover vegetables in this dish. Or add dried thyme for extra flavoring.

This Irish chicken pot pie with mixed vegetables is one of those dishes that you can prepare during those lazy, cold nights. It is a classic comfort food that can keep you warm and yes, very much satiated.