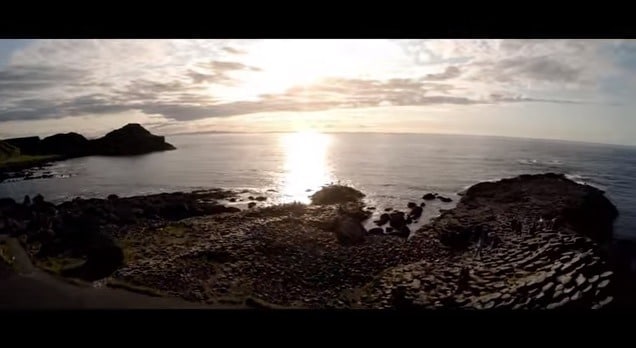 The world is falling in love with Ireland after watching this.

Recent magical drone footage of the Giant’s Causeway has made the stunning site look even better.

When it comes to Northern Ireland’s most popular tourist spot, the Giant’s Causeway almost always comes out top.

Named the fourth greatest natural wonder in the UK, the Causeway is the pride of the north.

However, this amazing aerial footage shows the UNESCO World Heritage Site in a whole different light.

Taken by local film-maker Shaun Costello, the footage was captured during a stunning sunset.

The drone takes off from the visitor centre, with the Causeway Hotel in the background, and flies out over the cliff.

It then soars over the main site as families clamber on the famous polygonal columns of layered basalt.

In one memorable shot, the drone sits beside the film-maker’s young son before rising straight up and heading towards the Causeway’s headland.

Watch the amazing footage below: