Skip to content
Home » Do and See » Places to stay » 7 Luxury Irish Retreats That Celebs Including Rihanna, Obama and MJ Stayed in 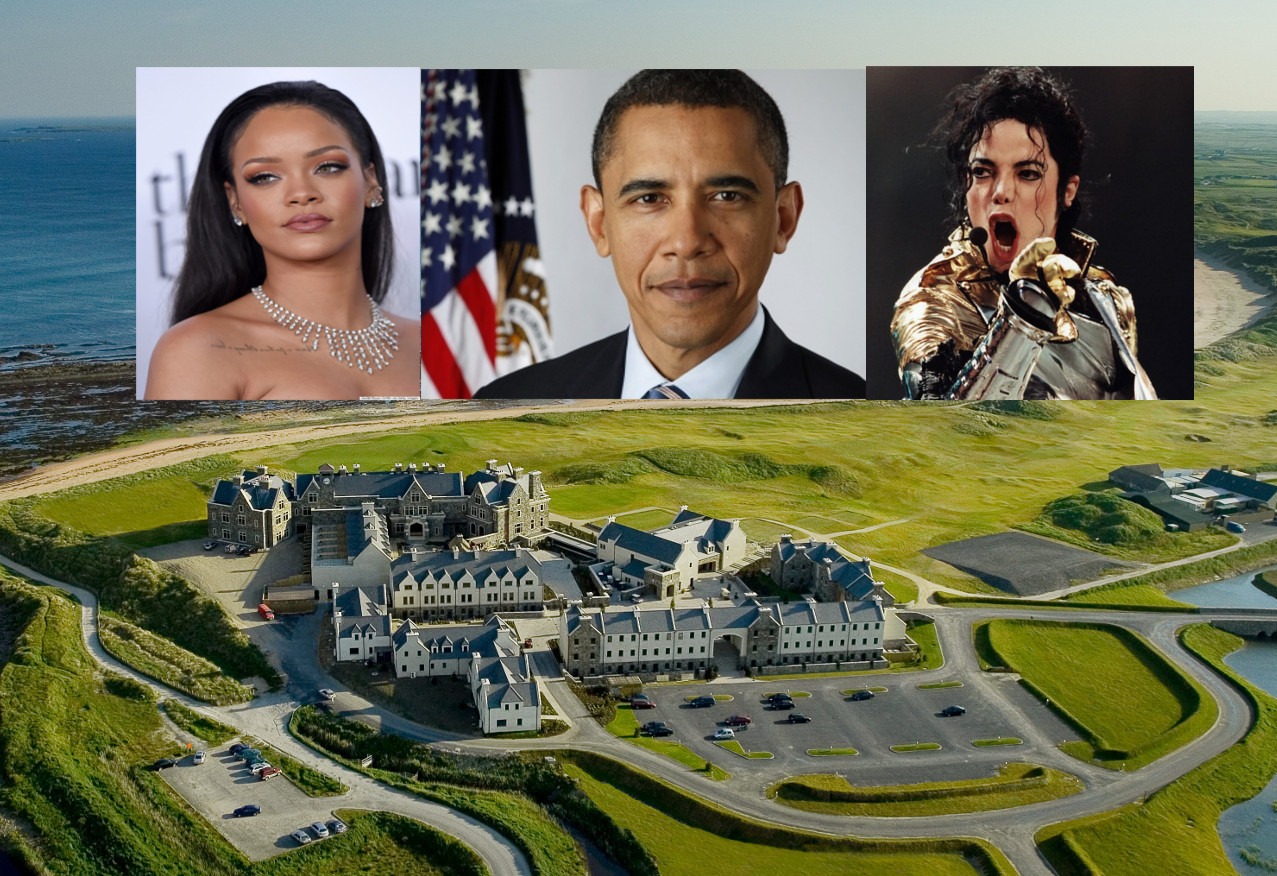 Forget New York, Paris or Rome – Ireland is where the big stars like to stay. Play the third wheel on Kim and Kanye’s honeymoon, in Co. Laois’ Best Hotel in the World. Pretend to invest in Michael Jackson’s Irish Neverland, while he dozes off in a Co. Wicklow castle. 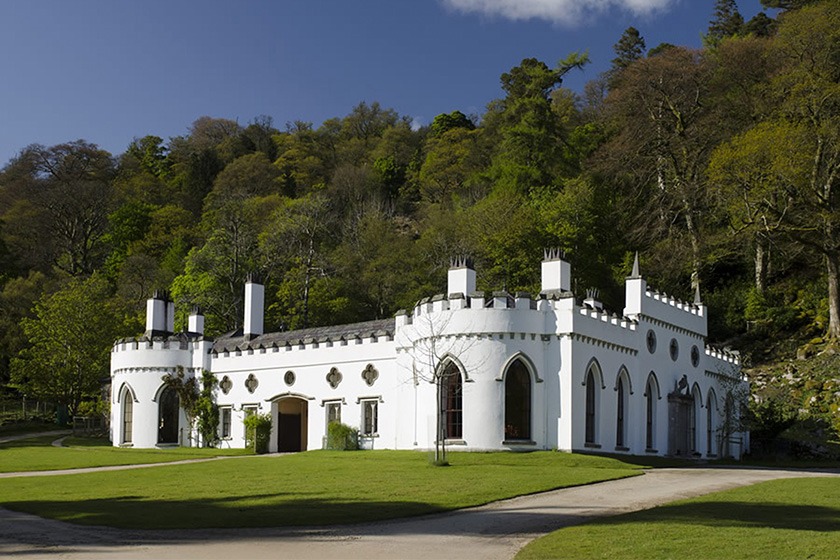 Nestled in the Wicklow Mountains in 2006 was a man in hiding – a man just acquitted of child molestation charges. That man was music superstar Michael Jackson, and his resort of choice was Luggala Castle, a beautiful 16th-Century, Gothic-style estate now owned by the Guinness family.

During his three-month stay at the 1,500-acre estate, Jackson visited the local shops (under advice the locals would leave him alone), and planned his very own Disneyland-style theme park, aptly named Leprechaun Land. Following a lack of keen investors, the Thriller singer laid his dream to rest and turned to his music, claiming “Ireland has inspired me to make a great album”.

Price: Jackson paid €30,000 per week for his luxury pad, which included seven bedrooms, private chefs and butlers, and a chauffeur service in a 1952 Rolls Royce limo. 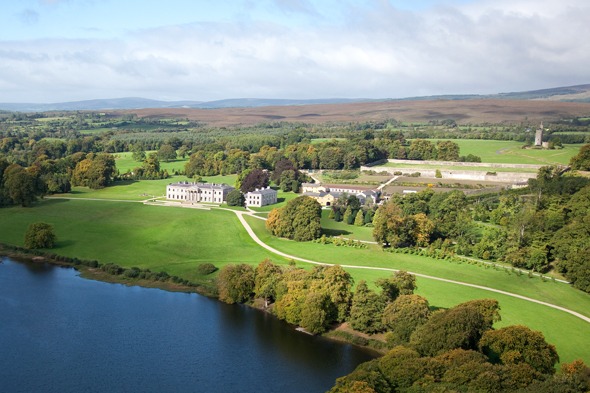 Kimye’s 2014 honeymoon wasn’t spent on the coasts of Greece, or the streets of Paris. It was spent in Co. Laois, where they visited the local Omniplex cinema – twice. Not ones to be pigging out on pick ‘n’ mix, they did choose their accommodation wisely, staying in 2016’s Best Hotel in the World, Ballyfin Demesne.

Set at the foot of the Slieve Bloom Mountains on 614 acres of parkland, gorgeous Ballyfin Demesne boasts a Mediaeval-style tower along with pony and carriage rides, archery and falconry. When they weren’t getting a butler to row them out on the lake, Kanye and Kim also stayed at Co. Cork’s 13th-Century Castlemartyr Estate and Co. Limerick’s Castle Oliver, where they mounted mountain bikes over the Cork/Limerick border.

Price: Kimye racked up a €15,000 bill at Ballyfin Demesne. Rooms start at a more reasonable €800 per night.

Other celebrities who stayed: Ballyfin Demesne keeps all its celebrity secrets – including guest names the paparazzi can’t get hold of. 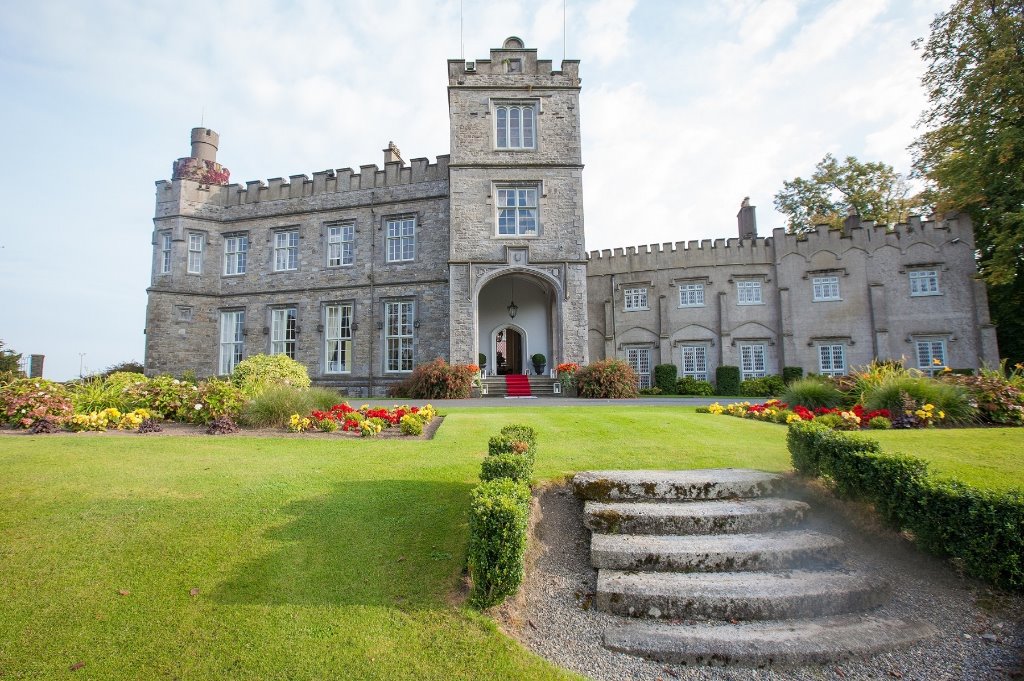 Take a trip back to The Spice Girls and super-stylish haircuts on the football field, and you’ll remember the Beckham’s 1999 wedding. The power couple tied the knot at Co. Dublin’s Luttrellstown Castle, a picturesque, 560-acre Georgian estate renowned for its polo, apple orchards and the Luttrell Family, who fought William in the Battle of Hastings. Its four-poster bedrooms have held numerous royals and date back to the 15th Century.

Price: David and Victoria spared no expense, spending €800,000 on their designer wedding. Today, prices start from a jaw-dropping €5,471 a night. 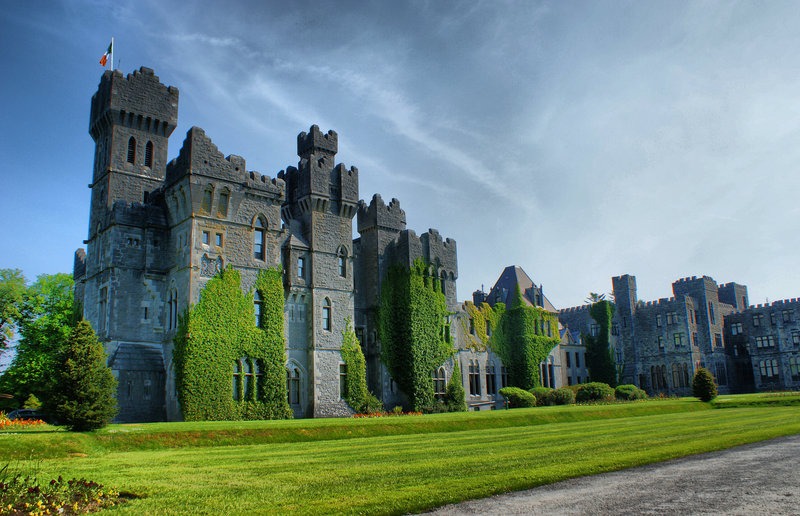 The Beckhams may have sat on golden thrones during their wedding, but true royalty has heart for Ireland, too. The iconic Princess Grace of Monaco and Prince Rainier III made their first visit to our greener pastures in 1961, where they stayed at another Best Hotel in the World, Ashford Castle, which was awarded the prize in 2015.

Set atop the banks of Lough Corrib, the 800-year-old estate stuns with its original buildings, 83 bedrooms, cinema and stately drawing rooms. Prince Albert, who visited as a child, has since returned several times, partying up a storm in Dublin’s Krystle Nightclub in 2010, staying at the Shelbourne’s ‘Princess Grace’ suite in 2011, and making the trip with now-wife Princess Charlene to eat at a carvery in Drogheda this year. 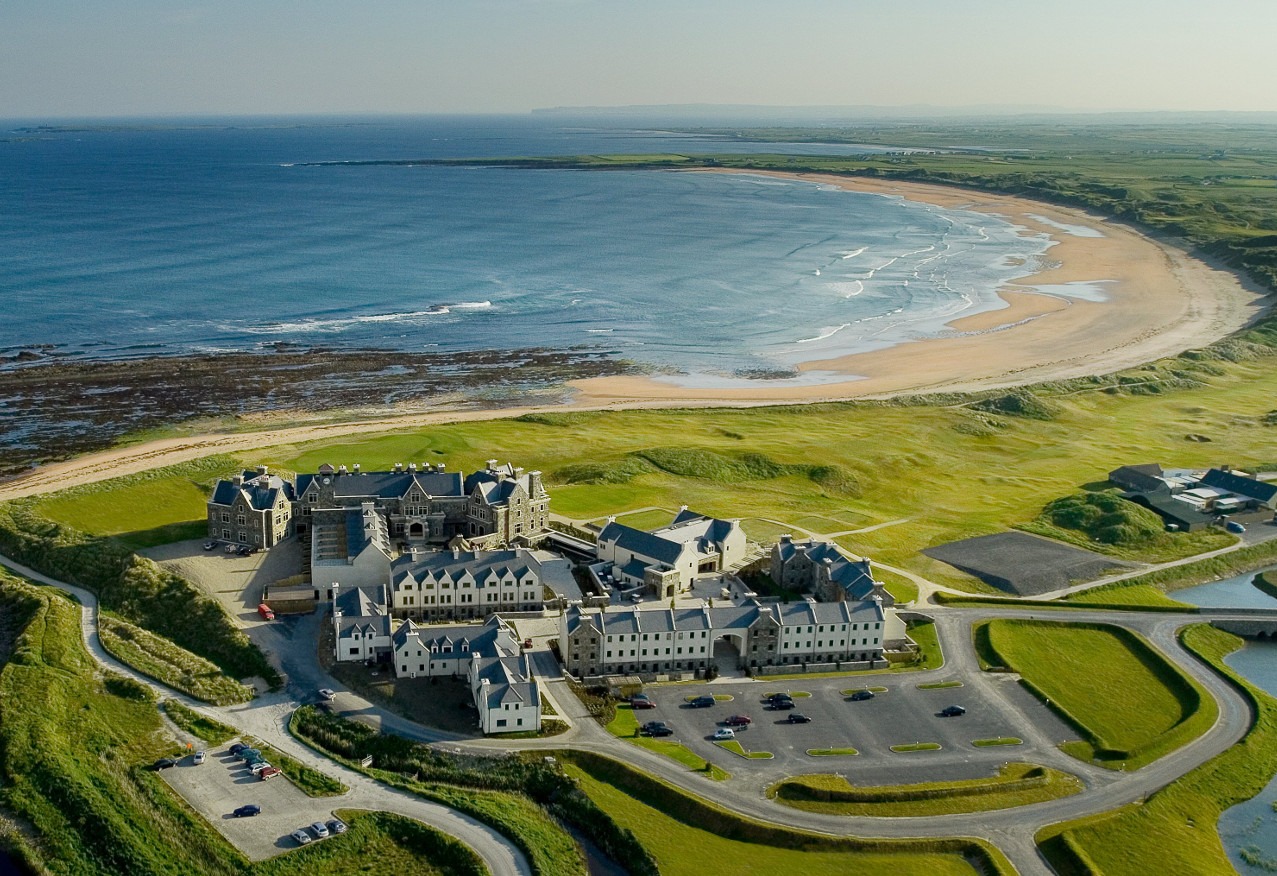 Hang on, you say – how does a celebrity-owned retreat count? It has to in the case of this incredible grey-stoned resort, which the Donald famously picked up for what he called ”small potatoes” – or €8.7 million.

Set along a dramatic crescent bordering the Atlantic Ocean, this historic property is a haven for golfing aficionados, with a 18-hole championship course designed by legend Greg Norman. The view is so spectacular that Trump is planning to build a wall across the Atlantic (reference to Mexico, anybody?) to protect it from coastal winds. Enjoy its deep-soaking whirlpool and see the famous ‘T’ that dropped off the sign, creating laughs for locals as ‘Rump International’ marked the hotel site.

Other celebrities who stayed: The Donald won’t say – perhaps Putin? 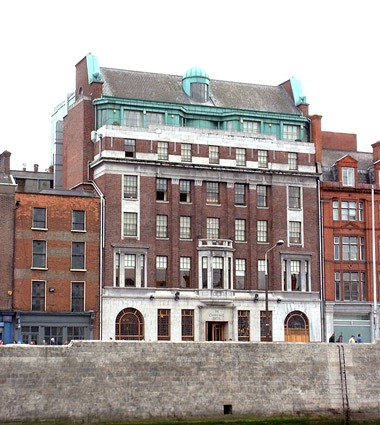 You don’t have to be fancy to have a great time in Ireland. Rihanna spent the hours after her 2011 Belfast show in Bono and The Edge’s 51-room Clarence Hotel in Temple Bar, a luxury hotel steal at only €129 a night. A few days later for Thanksgiving, the Barbadian singer indulged in some French grub with 100 friends at O’Donoghue’s Pub on Merrion Row, no doubt enjoying the odd Guinness or three.

Built in the 1800’s, the Clarence Hotel is about to undergo a massive transformation. A project to expand the hotel to the tune of €237 million has been approved by the Dublin City Council, with design great Sir Norman Foster serving as lead architect. Adding another 100 rooms, a large glass atrium and sky bar with Dublin views, it was the centre of a heritage building scandal before its 2007 approval.

Other celebrities who stayed: The Clarence is another tight-lipped hotel – its famous owners know the value of privacy all too well. 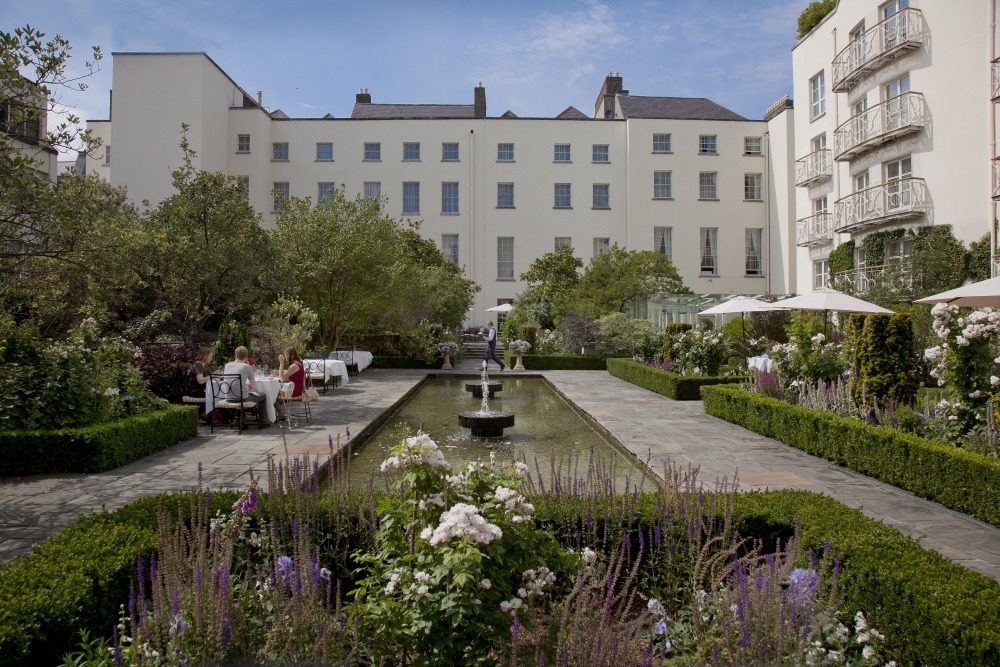 Barrack and Michelle Obama’s stay in Merrion Hotel’s Mornington House almost didn’t happen. 2011’s famous ash cloud left paparazzi believing their flight to Dublin was cancelled – until the Obamas snuck in at noon, had a light lunch and came back to stay in their plush 204sqm suite.

Masters of disguise, Merrion Hotel leased all 142 rooms to Obama’s entourage and 40 Secret Service personnel. A full replica of the Washington Press Room was erected, in case The President needed to address his nation. Obama bid goodbye with wise words for future advertising: “make sure you tell people I was here”.