Ireland Before You Die
Home Info Culture 5 Irish Ghost Stories That’ll Scare The $#!T Out Of You
2.1k
SHARES
ShareTweetWhatsappPinterestMail

Ireland is a land of tall tales and a lot of talk. Whether what you hear is true or false, one thing you can be sure of is that whatever the content, it will be communicated utterly convincingly.

From urban legends to fairy myths, ghost stories to forgotten tales – the stories unfold in abundance, generally passed on from generation to generation, embedded in the very fibres of our culture.

And, when the sun starts to set that bit earlier, summer nights pass and All Hallows’ Eve approaches, the classic old Irish tales of evil spirits and menacing, mystic creatures seem to be unearthed once again. 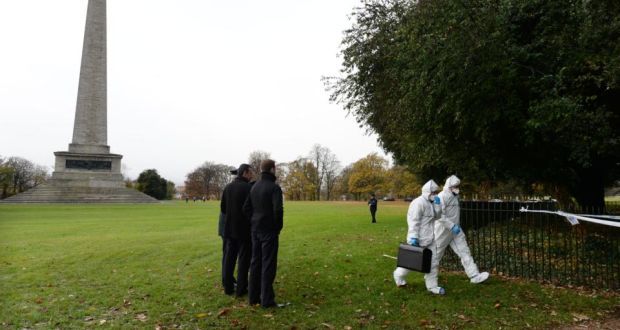 Phoenix Park is a magical place for a picnic, a day trip to Dublin Zoo or some deer spotting. But beware: once the sun goes down and darkness reigns, more ominous patrons of the park come to play.

The Phoenix Man is a key figure – an ill-fated creature we’ve all been warned about one too many times.

Spotted sporadically and sometimes caught on film, the Phoenix Man comes out by night and is known to groan and moan in a low and painful way from the bushes.

Stick to the pathways and never walk alone at night…you never know when he will come about. 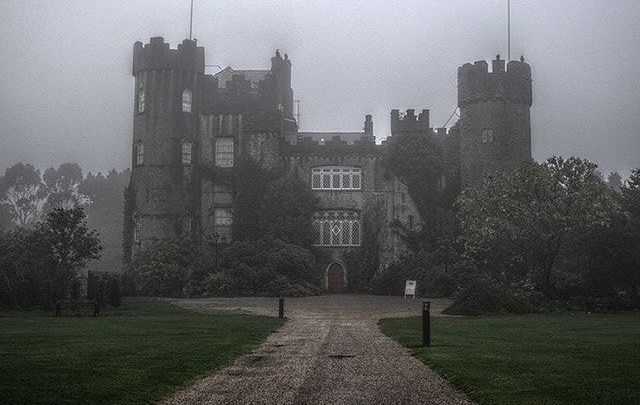 Dating back to the 12th century, it is no surprise this great house – set in the sleepy Dublin suburb of Malahide – holds a wealth of spooky stories bound to raise hairs this Halloween.

Although there are many dark and desolate tales attached to this stately home, the top picks include the story of Puck and The White Lady.

Puck was a jester to the family who lived in the castle during the 16th century. Having fallen in love with a kinswoman of Lady Elenora Fitzgerald, who later was imprisoned due to her renegade spirit, Puck met his demise.

On one wintry night, he was mistaken for an intruder and stabbed to death on the grounds. He now roams the halls in search of his beloved, forever waiting for her release.

The White Lady is a tragic story with no rhyme or reason behind it. Over generations, guests and owners of the mansion have pondered the grand portrait of the lady in white, hanging with such a look of tragedy and loss in the Great Hall. No one knows the lady’s identity, nor the artist who painted her. Yet, her look of sadness is undeniable.

She is said to leave the confines of her frame and wander the halls, in search of what, we do not know, but many sightings of her have been recalled over the years. 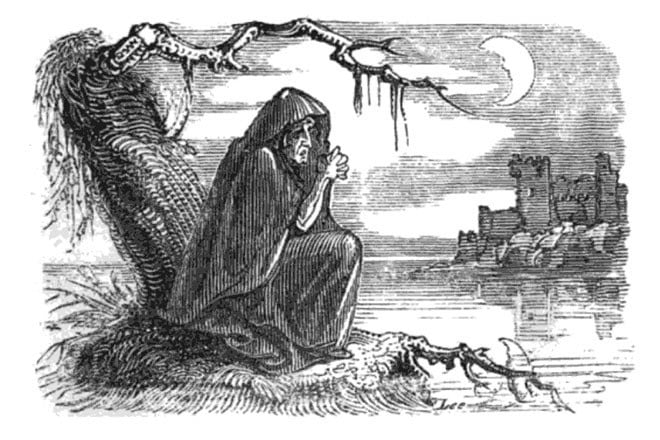 Most Irish can recall first hearing about the Banshee from their grandparents, most likely.

Commonly retailed to children, in a desperate attempt to get them to sleep, this frightening story is one of oldest folklore stories and one of the most well known.

Also known as Bean-Sidhe, which means “woman of the fairy mound” or “fairy woman”, the Banshee is the melancholy spirit who announces the death of a family member.

The Banshee is always experienced by a loved one – never the soon-to-pass – who will hear a high pitched shrieked fit to make your blood run cold, which is carried across the night’s breeze, warning that death is near.

It is said that each individual Banshee mourns the death of one family in particular. And, although she is not a menacing spirit, terror beholds whilst lying in bed listening to the wind howl, waiting for that forlorn lament.

This ruin sits atop a hill in the Dublin Mountains overlooking the capital in all its glory. Originally a passive tomb which dates back to the Neolithic Period (4500 – 2000 BC), this relic is steeped in history, no doubt.

Over the centuries the site became the hunting lodge built by the wealthy Speaker Connolly, and after his death it was passed on to the Hell Fire Club, a private members club dedicated to debauchery and mischief.

It is said that one night a passer-by in the winter’s storm was allowed the refuge of the warm hunting lodge. He shared with the members a game of poker, only to reveal his true identity when another player reached to the ground to retrieve one of his dropped cards, seeing his cloven-hooves in the place of human feet.

Some say, the next morning the hunting lodge was burned to ashes, leaving just the shell that stands today still. The only signs in the snowy surroundings were the devil’s hoof marks leading away from the ruin. 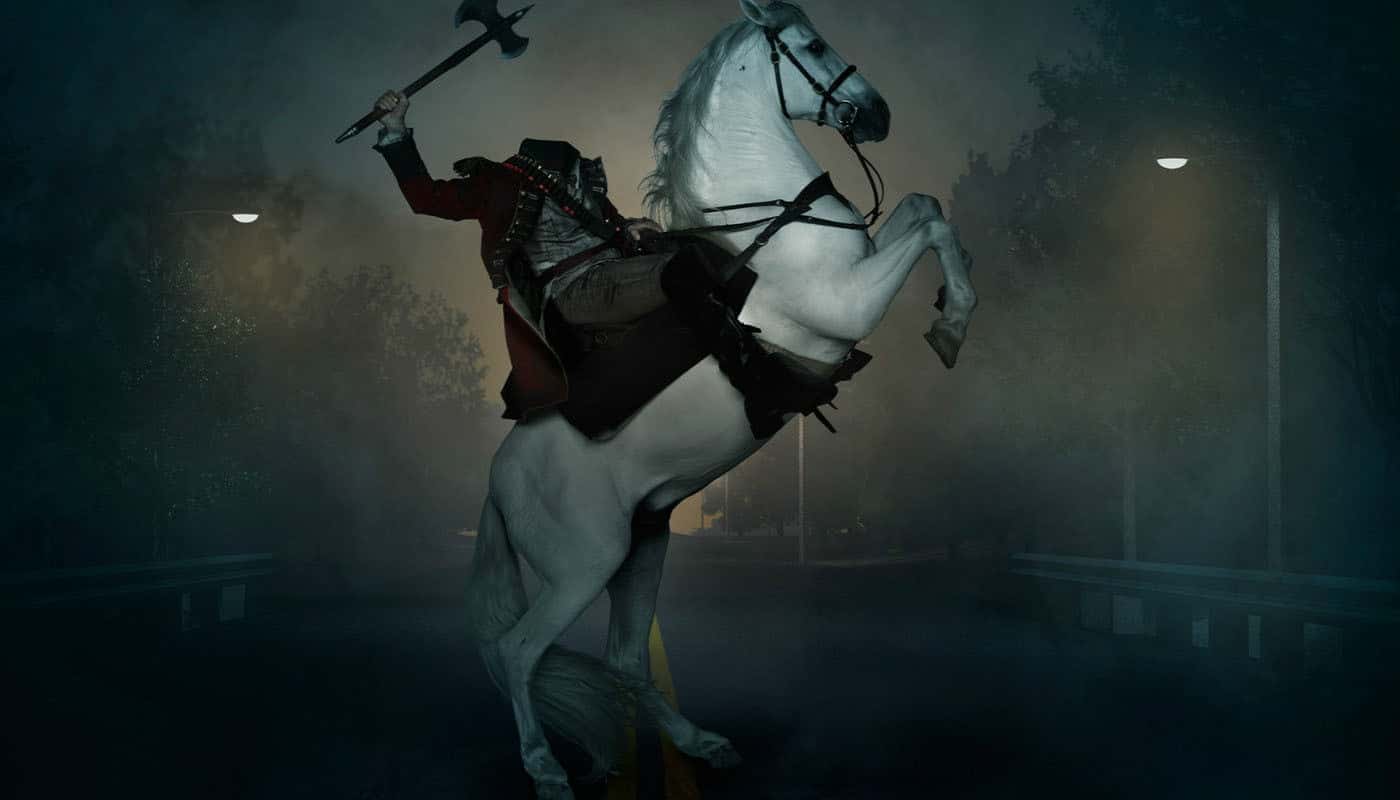 Headless horseman tales are common in many cultures, and Ireland is no exception. The tale suggests that on certain spooky holidays, such as Halloween, this frightening ghost appears riding his maleficent black stallion by night. Should he stop, someone dies.

Should you be lucky enough to see this spirit only pass by, he will blanket you in a bucket of blood, or blind you in one eye. But if he stops, he will suck your soul from your body, taking you from the land of the living.

The only saving grace in this legend is that the Dullahan is terrified of gold, and even the smallest amount could scare him off and save your life. So remember: be home by dark and avoid going outside (if you do don’t forget that gold!).

Irish name of the week: Shannon 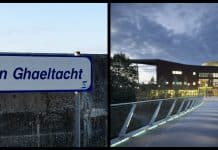 Top 10 places to learn the Irish language in Ireland

5 romantic cottages for 2 with hot tub in Ireland

Astrid Hofer - July 14, 2020
Looking for an unforgettable getaway with your significant other? Have a look at these romantic cottages for 2 with hot tub in...

The 5 best Caravan and Camping parks in Limerick